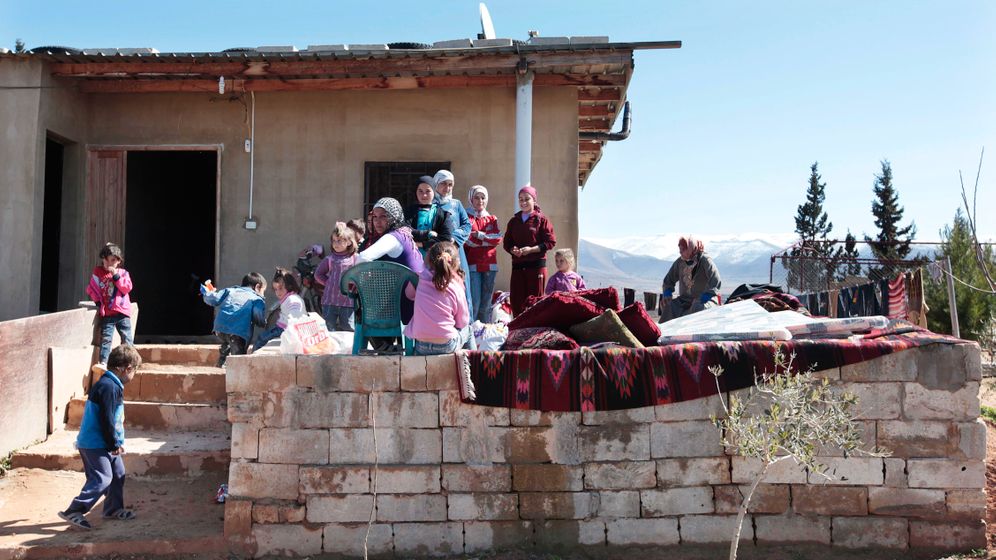 There had been many warnings that the Khouri* family wouldn't talk. "They won't say a word -- they're too scared," predicted the mayor of Qa, a small market town in northeastern Lebanon where the Khouris are staying. "They won't even open their door for journalists," said another person, who had contacted the family on behalf of a non-governmental organization.

Somehow, though, the interview was arranged in the end. Reserved and halting, the women described what happened to their husbands, brothers and nephews back in their hometown of Qusayr in Syria. They were killed by Syrian rebel fighters, the women said -- murdered because they were Christians, people who in the eyes of radical Islamist freedom fighters have no place in the new Syria.

In the past year and a half, since the beginning of the uprising against Syria's authoritarian President Bashar Assad, hundreds of thousands of Syrians have fled their homes and sought safe haven abroad. Inside the country, the United Nations estimates that 1 million people have left their homes to escape violence and are now internally displaced. The majority are likely to have fled to escape the brutality of Assad's troops. Indeed, as was the case at the start of the Syrian civil war, most of the violence is still being perpetrated by the army, the secret services and groups of thugs steered by the state. 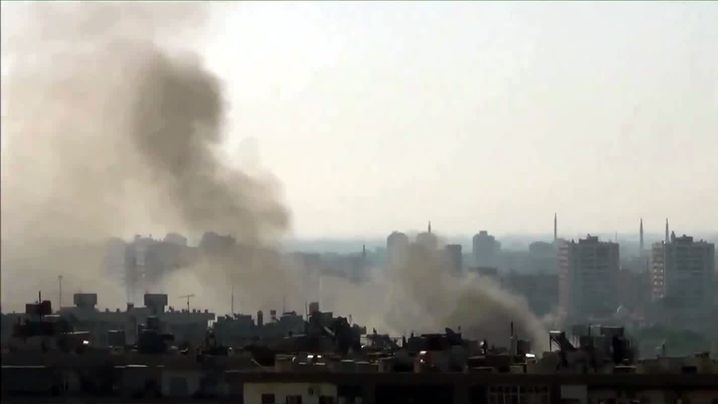 Photo Gallery: War in Syria Moves to the Cities

With fighting ongoing, however, the rebels have also committed excesses. And some factions within the patchwork of disparate groups that together comprise the Free Syrian Army have radicalized at a very rapid clip in recent months. A few are even being influenced by foreign jihadists who have traveled to Syria to advise them. That, at least, is what witnesses on the ground are reporting in Qusayr, where fierce fighting has raged for months. Control of the town has passed back and forth between the two sides, at times falling into the hands of the regime and at others of the rebels. Currently, fighters with the Free Syrian Army have the upper hand, and they have also made the city of 40,000 residents a place where the country's Christian minority no longer feels safe.

"There were always Christians in Qusayr -- there were around 10,000 before the war," says Leila, the matriarch of the Khouri clan. Currently, 11 members of the clan are sharing two rooms. They include the grandmother, grandfather, three daughters, one husband and five children. "Despite the fact that many of our husbands had jobs in the civil service, we still got along well with the rebels during the first months of the insurgency." The rebels left the Christians alone. The Christians, meanwhile, were keen to preserve their neutrality in the escalating power struggle. But the situation began deteriorating last summer, Leila says, murmuring a bit more before going silent.

"We're too frightened to talk," her daughter Rim explained, before mustering the courage to continue. "Last summer Salafists came to Qusayr, foreigners. They stirred the local rebels against us," she says. Soon, an outright campaign against the Christians in Qusayr took shape. "They sermonized on Fridays in the mosques that it was a sacred duty to drive us away," she says. "We were constantly accused of working for the regime. And Christians had to pay bribes to the jihadists repeatedly in order to avoid getting killed."

Grandmother Leila made the sign of the cross. "Anyone who believes in this cross suffers," she says.

Foreign Jihadists in Combat in Qusayr

It is not possible to independently corroborate the Khouri's version of events, but the basic information seems consistent with what is already known. On April 20, Abdel Ghani Jawhar involuntarily provided proof that foreign jihadists are engaged in combat in Qusayr. Jawhar, a Lebanese national and commander with the terrorist group Fatah al Islam, died that day in the Syrian city. An explosives expert, Jawhar had been in Qusayr to teach rebels how to build bombs and accidentally blew himself up while trying to assemble one. Until his death, Jawhar had been the most wanted man in Lebanon, where he is implicated in the deaths of 200 people. Lebanese authorities confirmed his death in Syria. The fact that the rebels had worked together with a man like Jawhar fomented fears after his death that the ranks of insurgents are increasingly becoming infiltrated by international terrorists.

The Khouris' decision to flee Syria last year is partly attributable to the almost daily threats that they, as well as other Christians in town, began receiving. And yet it was also a product of the fact that fighting in the city had simply become unbearable. "The bombs were falling right in the middle of our neighborhood. We can't say who was firing them -- the rebels or the army," a family member says. During a break in the firing on one bitterly cold winter day, the family finally left. "We arranged a car and drove to Lebanon. It's only a 45-minute trip."

Rim's husband also fled with them. His fate was sealed when he drove back to Qusayr on Feb. 9. He had owned a mini-market in his hometown and he wanted to go back and get food to take back to his family in exile. His family only knows what happened to him because of the stories relatives and friends who remained in Qusayr have shared. "He was stopped at a rebel checkpoint near the state-run bakery," says Rim. "The rebels knew he was a Christian. They took him and then threw his dead body in front of the door of his parent's house four or five hours later."

Grandmother Leila makes the sign of the cross again. It wasn't only her son-in-law who got killed. Her brother and two nephews were also killed. "They shot one of my nephews, a pharmacist, in his apartment because he supported the regime," she says.

Thirty-two Christian families have found shelter and asylum in Qa, which is located only 12 kilometers away from the Syrian border. Although the city is also Christian and looks out for those who have fled the rebels for this reason, the Khouris and their fellow victims nevertheless live in a state of constant fear. For one, they can hear the muffled hum of artillery being fired in nearby Syria. The sound travels well beyond the border and serves as a constant reminder of what is happening in their country. On the day of the interview, a column of smoke could be seen rising above the next mountain range. A day earlier, a shell hit a gas station on the Syrian side of the border and it had been smouldering ever since. Four weeks ago, the Khouris learned that their home in Qusayr had been completely destroyed after being struck by a rocket.

But the family's greatest fear is that of their own Syrian compatriots. As a border town, Qa is a magnet for two types of refugees, says Mansour Saad. "On the one hand, you have the Christians who are fleeing from the rebels," he says. "And then you have the refugee families of men who are fighting within the ranks of the FSA." The two enemy groups sometimes clash in Lebanese exile. "There is a lot of tension between them," says Saad. "We do our best to keep the two groups apart."

Like many Lebanese and Syrian Christians, Saad is also a supporter of the Assad regime. As a religious minority in the Middle East, Christians don't have much choice other than to align themselves with a strong leader who can protect them, Saad says. "The rebels haven't managed to convince me they are fighting for more democracy," the mayor says.

And while there may be a number of open questions about the Assad regime, like the fact that "there is certainly no freedom of expression in Syria," he says the rebels aren't one bit better. There may have been respectable aims at the start of the uprising, but the insurgency has since been hijacked by Islamists, the mayor argues. "And we know the types of Muslims who have emerged at the head of the rebellion: The ones who would like to lead the people back into the Stone Age."

* The names in this story have been changed in order to protect the identity of the interview subjects. 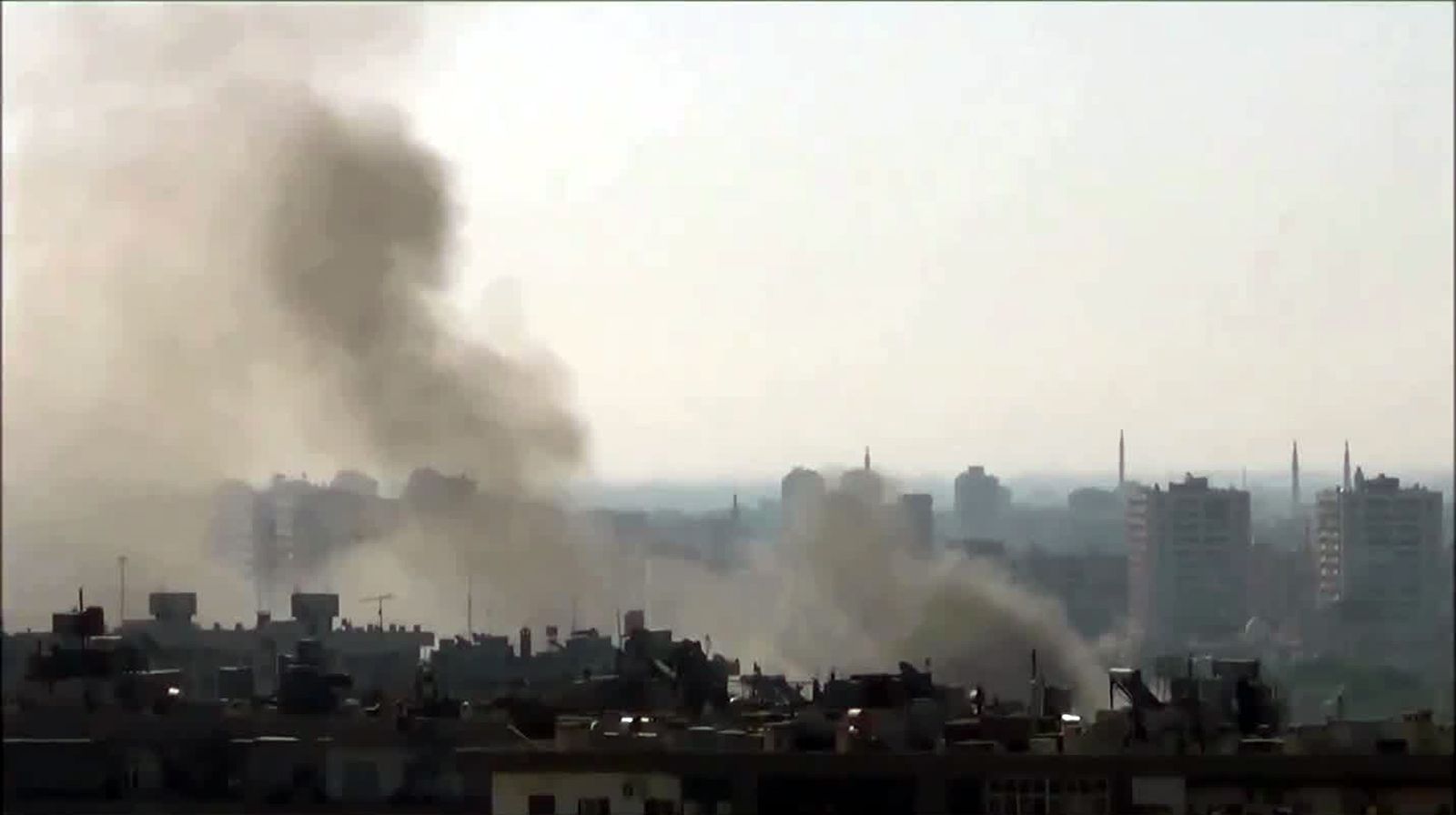 The war in Syria has intensified since rebels poured into the capital, Damascus, 10 days ago. This week, the regime has launched a major counter-offensive in both the capital and Aleppo, Syria's two largest cities. Pictured here, an image grab from a video uploaded onto YouTube shows smoke billowing from the al-Mazzeh neighborhood of Damascus. 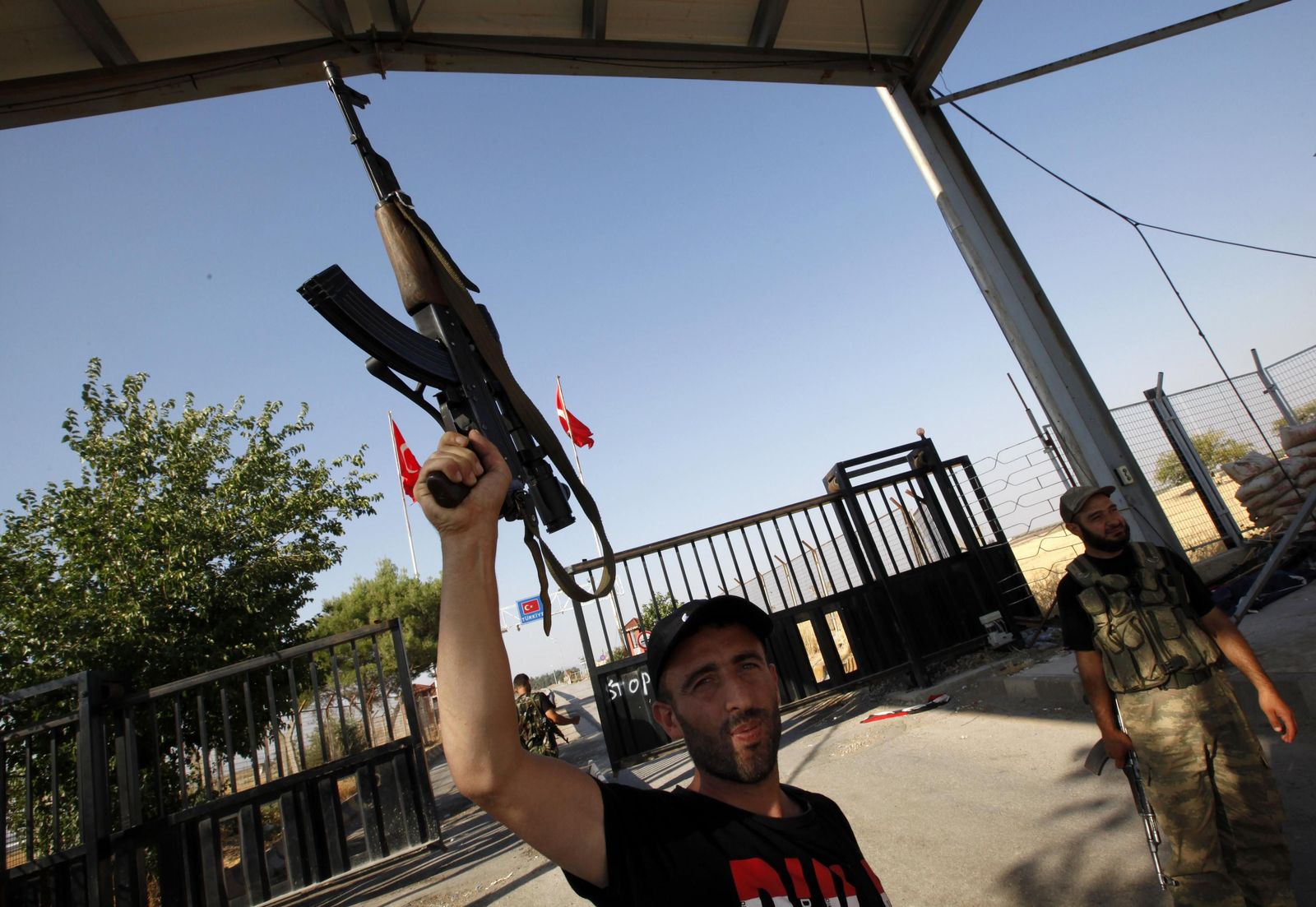 Pictured here, a Syrian rebel raising his rifle at the Bab Al-Salam border crossing to Turkey. Rebels captured several posts on the Syrian side of the shared border with Turkey last week.