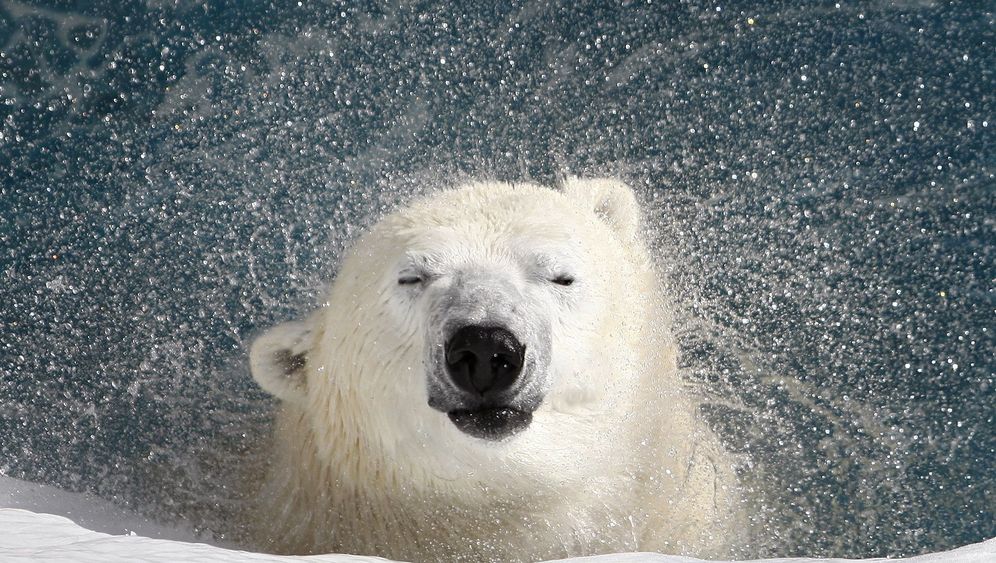 When Germany's top climate researcher meets with politicians and average citizens these days, he now starts from the very beginning. Then he delivers a lecture on why the scientific community is so sure that climate change even exists. He speaks of a "purely physical" effect caused by concentrations of greenhouse gases in the earth's atmosphere that heat up the planet by a single degree Celsius. "What's more," says Jochem Marotzke, the head of the German Climate Consortium, "there is the affect of water vapor, which accounts for at least another degree."

Next Friday, Marotzke will travel to Berlin once again for a preparatory meeting at the Environment Ministry ahead of the next World Climate Conference in Durban, South Africa, at the end of November. He almost sounds as if his audience of politicians and ministers had never heard of climate change, as though thousands of them hadn't thronged together at more than a dozen World Climate Conferences over the last two decades.

Marotzke, also the director of the Hamburg-based Max Planck Institute for Meteorology, has no illusions about the current importance of climate policy. "The interest in Berlin and elsewhere has cooled off palpably," he says. The topic counts as one that doesn't necessarily need to be addressed, he adds, "because citizens are also turning away (and) no great pressure to act is placed on the politicians."

Still, the widespread indifference stands in disturbing contrast to the grim facts. According to the latest calculations of the US Department of Energy, CO2 emissions are rising sharply. Some 512 million more tons of greenhouse gases were emitted from smoke stacks, exhaust pipes and agricultural land.

"That means we're beyond the scenarios with which we're calculating the further warming of the earth," Marotzke says. "In light of these new figures, I can only hope that the feeling of fatigue evaporates."

The new numbers show the extent to which international climate policy has failed. At the first "Earth Summit" in Rio de Janeiro in 1992, the concentration of the greenhouse gas CO2 was at 360 parts per million (ppm). In the 20 years since, it has risen to 390 ppm -- and there is no end in sight to the upward trend. Year after year, representatives from almost 200 countries negotiate over how much they'll have to reduce their greenhouse gas emissions. These are mega-events, but the results remain meager. Expectations for the 17th World Climate Conference in Durban are among the lowest they've ever been.

Nail in the Coffin

Another setback threatens to further damage prospects at the upcoming conference. The current CO2-reduction agreement for the classic industrial countries expire at the end of 2012 with the end of the Kyoto Protocol's timeframe. But Russia, Canada and Japan have refused to agree to new requirements as long as China -- the world's largest producer of greenhouse gases -- and other developing nations aren't included. Under these circumstances, Durban could be a nail in the coffin for the Kyoto Protocol, the only binding set of rules for climate protection.

The United States and other industrialized nations are demanding that China join the international community in obliging itself to reduce its emissions. But the Chinese government rejects the argument, countering that the country continues to be a developing nation and that the classic industrialized countries are responsible for the lion's share of the additional carbon dioxide being emitted into the atmosphere.

Likewise, the United States has always emerged as a formidable veto power against any overly ambitious efforts to protect the climate. Granted, in 1997, the Clinton administration agreed to the Kyoto Protocol in Japan that obliged industrialized nations to reduce their greenhouse gas emission by 5 percent between 2008 and 2012 based on 1990 levels. But then-Vice President Al Gore had hardly made it back to Washington before the Republicans on Capitol Hill ripped the agreement to shreds.

To this day, the massive influence that the oil and automotive industries wield over US politicies keeps the United States from agreeing to any effective international climate treaty. In fact, advisers to US President Barack Obama have gone so far as to state that "clean energy has become a dirty word in Washington."

The accelerated emissions levels will initially have no effects on the projection models of the UN's International Panel on Climate Change (IPCC). "There is already so much carbon dioxide in the atmosphere that our climate-change estimates for the next 20 years will remain undisturbed by them," Marotzke says. But, he adds, if the emissions levels continue to go up, the IPCC models will have to be adjusted. "In particular," he says, "we will then have to recalculate how temperatures will change starting in 2035."

Scientists hold one target sacred: Beginning in 2020, there can be no further increases in greenhouse-gas emissions. "Otherwise," Marotzke says, "it is practically impossible for us to meet our goal of (limiting global warning to) 2 degrees (Celsius) by the end of the century."

In these efforts, there is one crucial figure: 1,000 gigatons. That represents the entire amount of carbon that mankind can still emit without surpassing the 2-degree goal. If average global temperatures rise by more than this amount, there will hardly be any way to impede drastic climate changes and processes that will be irreversible over the long term, such as the total melting of Greenland's glaciers.

"From the point of view of the earth's atmosphere, it doesn't really matter when we discharge these 1,000 gigatons," Marotzke says. "But the more we nibble off the cake now, the more we will have to go without later." Likewise, what makes Marotzke particularly pessimistic is the depressing insight that any successes the industrialized countries have with their reduction measures will be negated practically overnight by the economic boom in newly industrializing countries, such as India and China.

Under these circumstances, Marotzke believes we are "on a course of development with CO2 emissions that makes the 2-degrees goal more and more illusory."

The Fatal Results of a Failure to Act

When he meets with ministry officials in Berlin next week, he will be sure to show them the illustration that shows how emissions in 2100 can only be 10 percent of what they were in 2000. But, even with these warnings, Marotzke believes that politicians are increasingly less willing to face up to the realities and take action.

In fact, he even has a certain degree of understanding for their predicament. "No state leader will independently mandate expensive reduction measures if he sees that the others won't go along with them," Marotzke says. Although he acknowledges their resistance to damaging their own economies, he still believes that "taken together, this reluctance will bring about fatal results."

Indeed, if there is one thing that Marotzke is sure of, it is this: "The laws of nature will continue to function without remorse no matter what mankind does or allows." 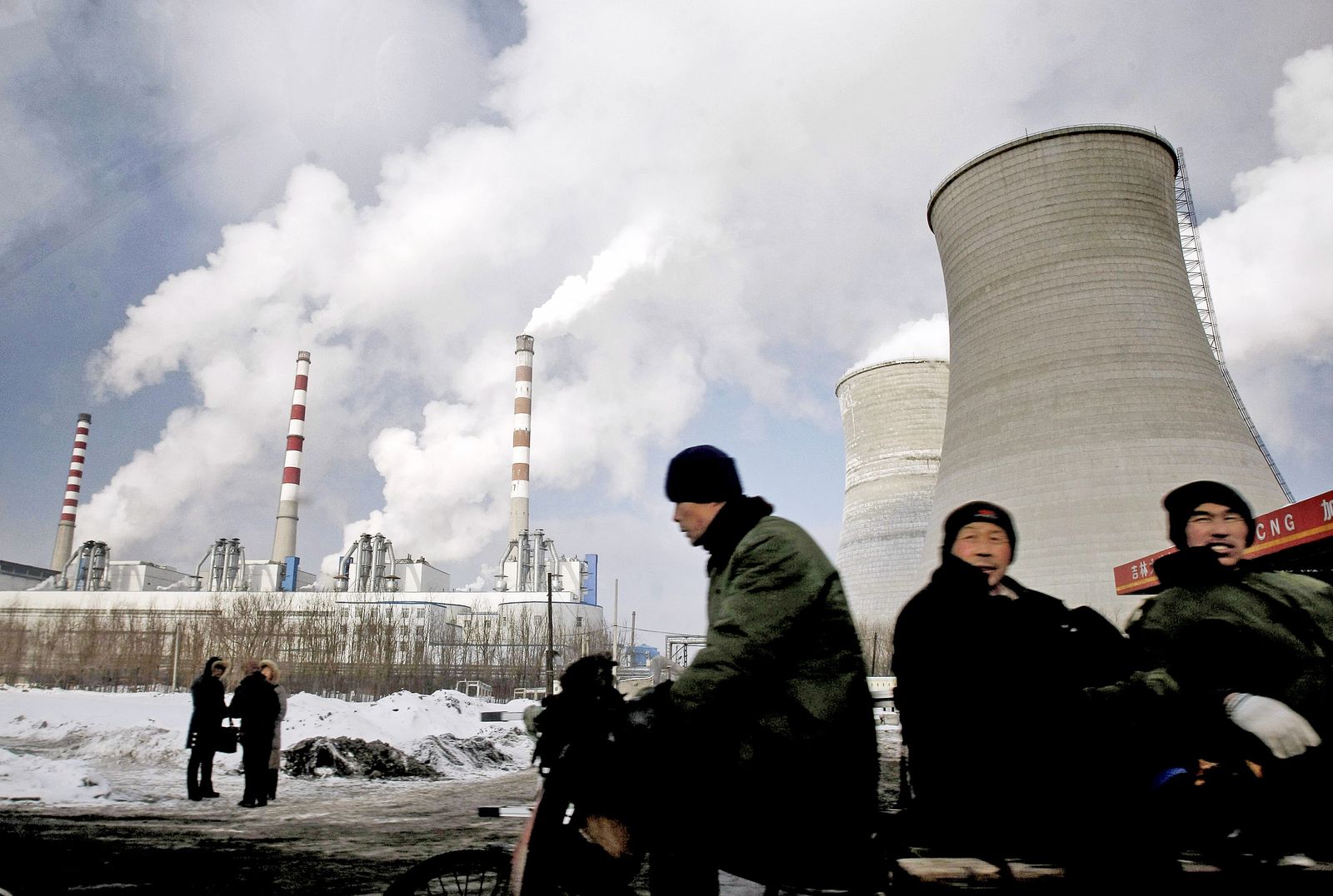 A coal-fired power plant in Changchun, China: In 2010, carbon dioxide emissions reached a record high, according to the US Department of Energy. The figures are even higher than those in the pessimistic scenarios that experts presented four years ago.