SPIEGEL: Energy companies want to dispose of greenhouse gases like CO2 underground. But Angela Merkel's grand coalition government of the conservative Christian Democratic Union and the center-left Social Democrats has been unable to agree on legislation for the so-called carbon capture and storage technology. Environmentalists are celebrating this as a success. Are they right?

Edenhofer: It is not a triumph. It is a disaster for the climate. Without the possibility of capturing CO2 from coal power plants and storing it underground, global climate protection is hardly possible.

Edenhofer: In China, India, Russia and the United States, especially, coal remains the cheapest and most preferred fuel. More than 11 trillion tons of carbon are embedded in the earth. But of that, we can only allow 0.3 trillion tons to wind up in the atmosphere between now and 2100 -- otherwise climate change will no longer be controllable. The nations that rely on coal will only participate in a United Nations climate change agreement if they can assume that they can, at least partially, continue to use coal and dispose of the CO2 it generates. It would be irresponsible to rule out this possibility too soon in Germany.

SPIEGEL: Why is Germany's role so important?

Edenhofer: We like to act as if we are a green role model. But the threat that we will abandon the storage technology undermines our credibility and diminishes our export opportunities.

SPIEGEL: Members of the conservative Christian Democratic Union like Schleswig-Holstein Governor Peter Harry Carstensen argue that it is it is impossible to convince residents quickly enough that underground storage should be permitted.

Edenhofer: Well, they first have to make a serious effort, which hasn't happened. You have to speak openly about the risks with the people. At the same time, you have to put across the fact that the unanswered questions will be addressed through research.

SPIEGEL: Does carbon sequestration present a danger to residents?

Edenhofer: Experiences so far with the storage of natural gas have been positive. It is highly probable that the stored CO2 will remain in the ground for thousands of years. Escaped gas would immediately mix with oxygen and become harmless.

SPIEGEL: Can you understand people's concern about it?

Edenhofer: Yes, but people's understanding increases when the processes are transparent and when it is explained who is responsible for the risks. But the attitude of "thinking locally and acting locally" isn't very helpful.

Edenhofer: In that respect, an artificial contradiction is being created. But we must expand renewable energies and research CO2 storage. The time pressure is immense.

SPIEGEL: Shouldn't our goal be to take care of all of our needs with green energy?

Edenhofer: Yes, but no one is able to say when we will achieve this goal. It is possible that, by 2020, 40 percent of our energy will come from green sources. But the CO2 that continues to be generated must be put underground. Otherwise we will not reach our climate targets.

Edenhofer: She wants the storage technology. But it would also be good if she were to get as involved in the national climate debate as she has in the international one. 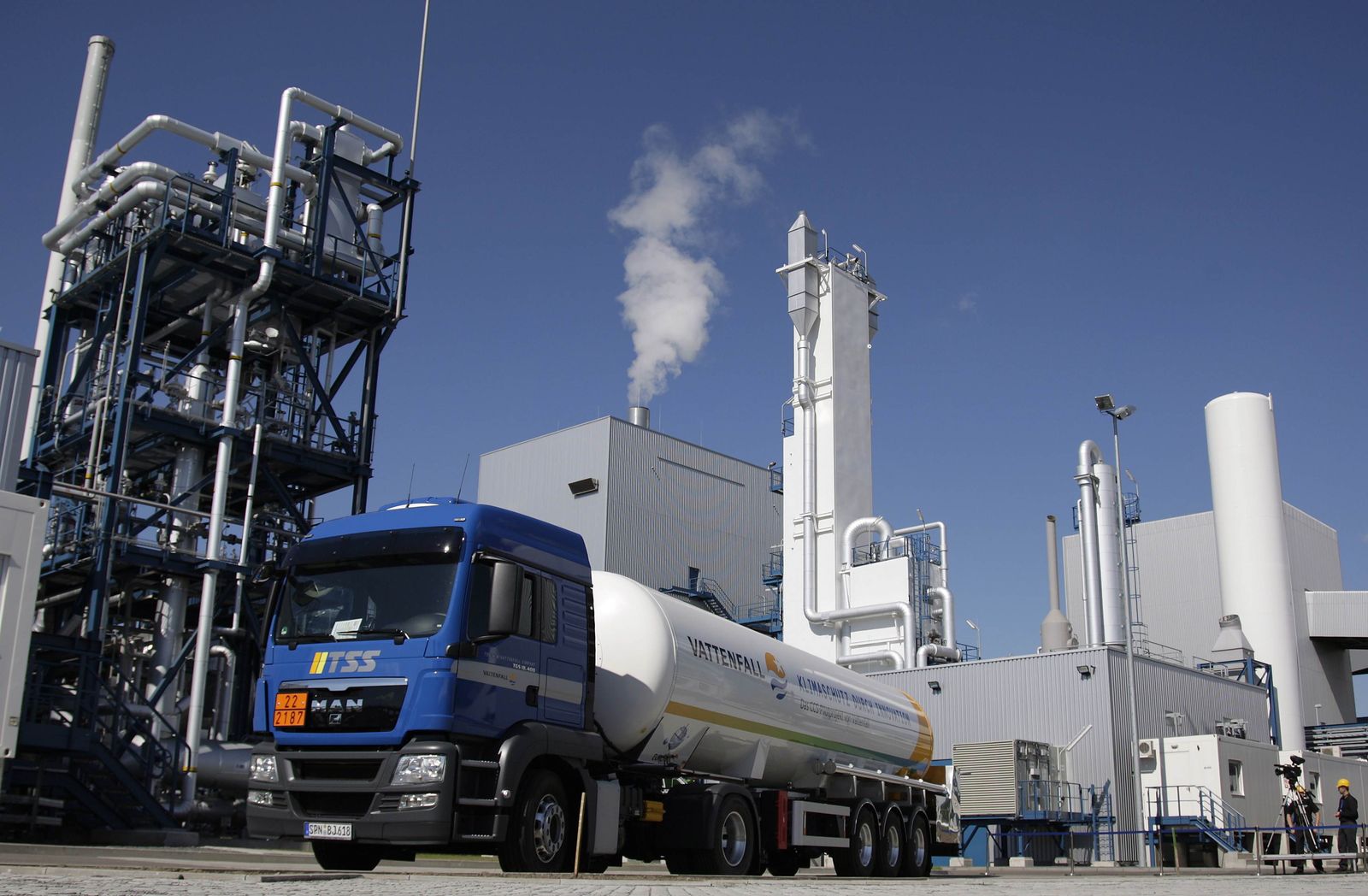 A truck with a CO2 tank stands in front of the Schwarze Pumpe power plant near Sprengberg, Germany. It is the first power plant in the world that takes toxic emissions from coal and buries them deep in the ground.