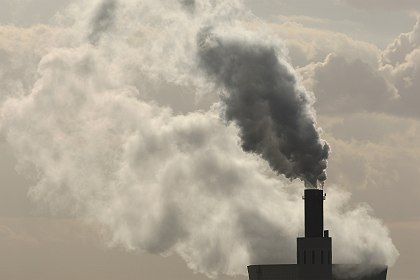 A shift in American climate protection policies in the post-Bush era could force China to implement emissions limits.

The deputy chief of the Chinese National Development Reform Commission (NDRC), Xie Zhenhue, met on Wednesday morning with a bipartisan group of Republican and Democratic members of Congress to discuss future climate protection policy developments in the United States, SPIEGEL ONLINE has learned.

Officials held the meeting on the eve of a two-day conference on climate change organized by US President George W. Bush that will bring together the world's biggest carbon dioxide emitters.Critics expect little to happen at the meeting because of Bush's waning influence and the fact that the US has pushed for "aspirational" targets rather than mandatory emissions limits.

High-ranking sources close to the participants of the meeting between the Chinese delgation and Congress said the Chinese sought to find out how determined Congress is to push through rigorous climate protection laws in the future. During the discussion, members of Congress made clear that they would soon like to vote on legislation that would set binding emissions limits. However, the members of Congress said they didn't provide the Chinese with a firm timeline for when this might happen.

Though meetings between foreign delegations and members of Congress without White House participation are common fare, this meeting is unusual because it underscores the degree of concern in China about America's position of climate change. China, which is the world's second-biggest emitter of greenhouse gases after the United States, has long been able to use Washington's refusal to undertake decisive climate protection measures as an excuse for its own foot-dragging.

Rob Watson, CEO of China-based Eco Tech International, this week: "The Chinese are not going to take anything we say seriously if we dont set an example ourselves. In the run-up to Thursday's meeting, the Chinese once again reiterated their skepticism about swift climate protection measures. "The battle against poverty is the most important issue for developing nations," Xie Zhenhua said at a panel discussion.

With its policy of pushing for countries to be left to their own devices to determine what climate protection measures they should take and by not pushing for binding commitments in its negotiations with Beijing, Washington has given China broad leeway to do little on the climate protection front. But it's a policy that is also increasingly isolating the White House domestically.

Participants in the meeting said later that the Chinese grew evasive when the issue of China's own contribution to climate protection was raised. The Chinese reportedly said, however, that they were concerned it might no longer be possible for them to delay action in the "post-Bush era." They had set up the meeting to find out if the US position on climate protection would actually change under a new president.

The members of Congress reportedly informed the Chinese emissaries that legislators soon planned to respond to the American public's broad support by pushing through climate protection laws.

It still remains unclear whether the White House was informed of the meeting. Nevertheless, it demonstrates the waning importance of the Bush administration in determining future climate protection policy in the country. That reality had already been made clear before Thursday's conference. Sources told SPIEGEL ONLINE that Bush was unable to get Angela Merkel on board as his opening speaker. After consultations with British Prime Minister Gordon Brown, the German chancellor declined the invitation. The most high-ranking German representative at the conference will be Environment Minister Sigmar Gabriel of the Social Democratic Party.