Normally, of course, the contrast couldn't be greater between the reserved, diplomatic tone inside large international summits and the shrill shouting and, occasionally, rioting of the protesters outside. In Copenhagen on Monday, however, the parallels were difficult to ignore.

Copenhagen police detained 200 more people on Monday evening after protesters set fire to barricades and hurled Molotov cocktails at helmeted riot police near the alternative neighborhood Christiania. The quarter, a former warehouse district which has been squatted since the 1970s, is well known as a magnate for all manner of countercultures. Environmental activists from around the world were present at the compound for a Monday evening party. 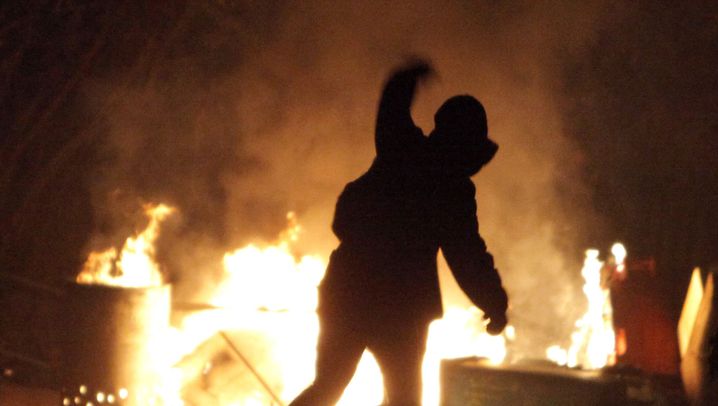 "We entered into Christiania to pursue individuals who had built the barricades, set alight the fires in the streets and threw fire bombs at our police officers before taking refuge in Christiania," police spokesman Henrik Suhr told the news agency AFP.

Just as Tense Inside

Witnesses say the police blocked off the exits from Christiania and then fired tear gas and raided a tent where the party was taking place. The arrests on Monday night bring the total number of protesters detained by Copenhagen police to 1,500.

But while there were no Molotov cocktails thrown inside the climate change summit, where representatives from 192 countries are trying to agree on a framework for an agreement to slow down global warming, the situation was just as tense. Talks were suspended for most of the day as delegates from African countries led a walkout by many developing nations to protest what they see as an effort by rich nations to discard the Kyoto Protocol.

The Kyoto Protocol, which expires in 2012, does not require developing nations to make binding cuts to greenhouse gas emissions. Many poor countries fear that the world's wealthiest nations, which are responsible for the lion's share of CO2 pumped into the atmosphere, are trying to dodge deep emissions cuts and weaken enforcement measures.

"We are seeing the death of the Kyoto Protocol," said Algeria's Djemouai Kamel, who heads the 50-nation strong Africa group in Copenhagen.

It is an issue that threatens to torpedo the talks. Even as few expect the Copenhagen summit to result in a complete climate change deal, the hope is for a political framework that can guide the hammering out of a final deal sometime next spring. But even that modest goal now seems in danger.

British Prime Minister Gordon Brown even announced on Monday that he would head to Copenhagen on Tuesday -- two days earlier than originally planned -- in an attempt to save the talks. Other heads of government and state were considering doing the same.

World leaders from more than 110 countries are expected to arrive in Copenhagen later this week and the conference comes to an end on Friday. The list of issues that faces them is long. While a number of rich countries have pledged billions in stop-gap funding to help poor countries deal with the effects of climate change and to institute measures to combat global warming, there is so far no long-term financing plan. Nor is it clear how the climate money should be collected and divvied up. Additionally, a unified system for calculating carbon emissions must be agreed upon. Whether China will allow international inspectors to examine the country's emissions has likewise become a sticking point. 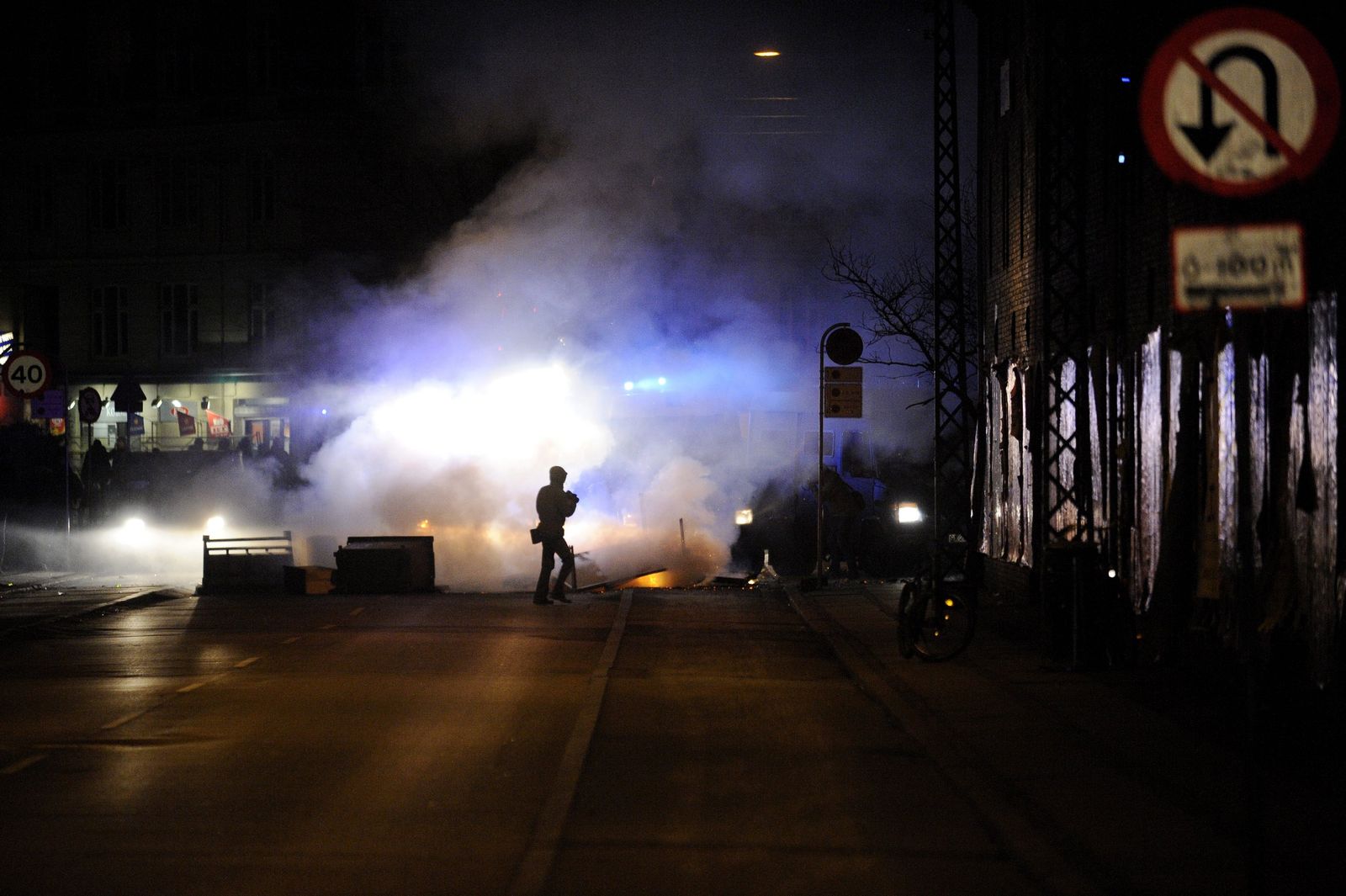 Danish riot police lining up in front of the counter-culture compound Christiania.

While it is unclear whether the Monday night riot was planned beforehand, protesters have scheduled a number of demonstrations, including an attempt to raid the actual site of the conference on Wednesday.