Rarely had so much flying expertise been assembled in one cockpit. A training pilot was sitting behind Captain Richard de Crespigny, who was completing his annual flight test. Sitting next to them was a third captain whose job was to supervise the training pilot. Together, the Airbus A380 operated by Australia's Qantas Airways had a total of 100 years of flying experience sitting in its cockpit.

Four minutes after takeoff from Singapore, that accumulated expertise was suddenly in great demand. At an altitude of 2,000 meters (6,560 feet), engine two of the double-decker aircraft exploded. The loud bang of the detonation had hardly faded away before 53 error messages appeared on the monitors.

Upon reading the matter-of-fact messages, the five pilots realized immediately how serious the situation was. Kerosene was leaking from two of the 12 fuel tanks, which meant that the plane could catch fire at any moment.

"It was unbelievably stressful. But in a situation like that, you have no choice but to keep on going," says Richard Woodward. The captain knows what he is talking about. He also flies the A380 for Qantas, is the vice president of the International Federation of Airline Pilots' Associations (IFALPA) and has looked after the crew since the near-catastrophe almost two weeks ago. "The crew has dealt with this situation extraordinarily well," Woodward reports. "They're like horseback riders who, after a fall, are eager to get back on their horses."

The men have given him their accounts of those dramatic moments in the air. There were no warnings before the engine exploded -- no change in oil pressure, no unusual vibrations, nothing. When the explosion occurred, the captain quickly pressed an emergency button that activates an automatic extinguishing system when there is an engine fire. But the system failed to activate. "It was clear to him at that point that there must have been more damage," says Woodward.

One of the training pilots ran back into the cabin, where he saw the holes in the wing caused by loose metal parts from the turbine. As a result, De Crespigny could not dump fuel properly to reduce the weight of the fully fueled aircraft for an emergency landing. He was also unable to pump kerosene from the back to the front of the aircraft, causing it to become increasingly unstable as kerosene escaped.

The incident raises serious questions for both engine manufacturer Rolls-Royce and Airbus. "How could there have been this much loss of function?" asks Woodward.

One of the two hydraulic systems failed and important connecting cables were severed, including those leading to the outer engine one. Although the pilot could still control the engine manually, it could no longer be shut off, so that firefighters had to smother it with extinguishing foam after the emergency landing.

"This raises the question of whether the aircraft is improperly designed," says Woodward. "Apparently certain connections are not redundant; or the two cables are positioned so close together that the shrapnel destroyed them simultaneously."

The aircraft manufacturer is defending itself against such accusations. The aircraft, says Airbus spokesman Stefan Schaffrath, was "controllable until the landing," and the autopilot continued to function. "There are two separate hydraulic and electrical systems," Schaffrath adds.

But some of the brakes were no longer working properly. Luckily, the pilots were able to land in Singapore, which has a very long, 4,000-meter runway.

Another dramatic aspect of the emergency landing was that an anti-lock system also stopped working. Three tires burst when the plane touched down as a result, sending sparks into the air. "And that was with two holes in the tank!" says Woodward.

At least the reason for the engine explosion is now clear. Last week, Rolls-Royce identified a defective part in the turbine, which caused an oil leak that led to the fire. Of the superjumbo jets delivered to date, 20 are affected by the problem, including three at Lufthansa. The defective engine part will gradually be replaced.

Qantas pilot Woodward is pleased that his company has made a "very conservative safety decision" to temporarily ground the A380. But he does wonder why the other airlines potentially affected by the engine defect are not taking similar precautions.

Lufthansa points out that it has such short maintenance intervals that dangerous oil leaks are bound to be discovered. But Woodward isn't convinced, saying: "Our plane had just returned from maintenance in Frankfurt, and the accident happened nonetheless." 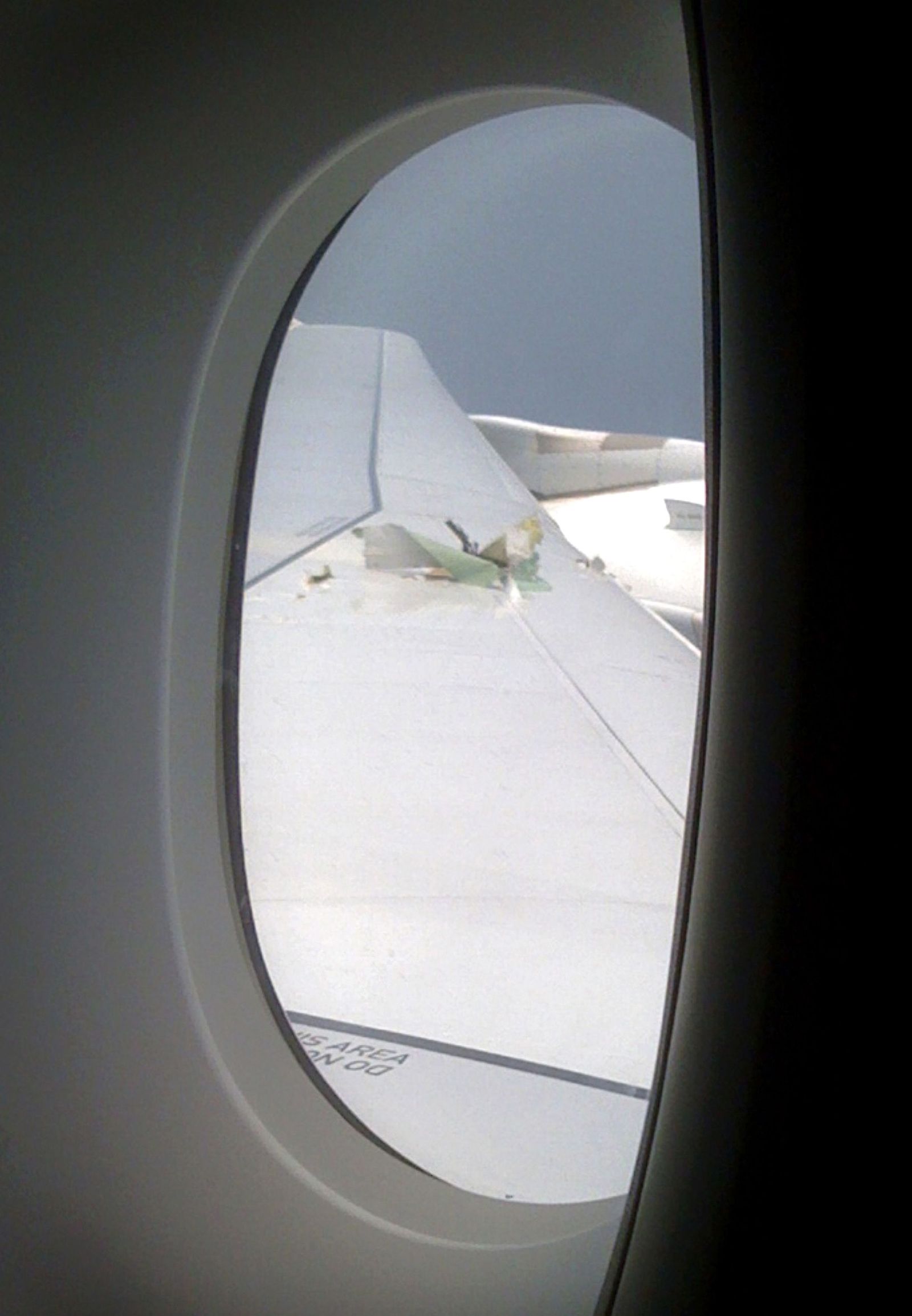 The Qantas A380 sustained more damage than originally thought earlier this month when an engine exploded just after take-off.