The conflict in Libya is being described as the first war to be initiated by United States President Barack Obama since taking office, but Washington would like to hand over command for Operation Odyssey Dawn to Britain, France or its partners in the NATO alliance as quickly as possible.

The US has said it would continue to support operations as well as engage itself militarily, but that it would not continue to maintain the "pre-eminent role," US Defense Secretary Robert Gates told reporters traveling with him on a trip to Russia on Sunday. On Monday, however, it didn't look likely that a NATO role would develop as quickly as the US government might like.

So far, the NATO alliance has been unable to reach an agreement on participation in the military implementation of the no-fly zone. Turkey is resisting the measure and is calling for a new review of other possible measures the alliance could take in Libya. Ankara has also called for an immediate Western cease-fire, with Turkish officials calling on NATO to give greater consideration in its discussions to the possibility of civilian deaths, a NATO diplomat told the news agency AFP under the condition of anonymity. Ankara has rejected any NATO intervention against Libya, including the implementation of a no-fly zone. 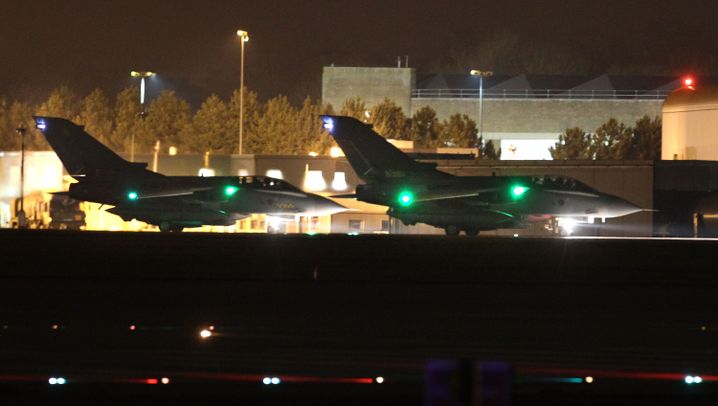 Photo Gallery: The Bombardment of Libya

"Military intervention by NATO in Libya or any other country would be totally counterproductive," Prime Minister Recep Tayyip Erdogan said, according to the Anatolia news agency on Monday. "In addition to being counterproductive, such an operation could have dangerous consequences."

Turkey appears to be concerned about its standing in the Muslim world. On Sunday, the Arab League, which at first had supported calls for a no-fly zone, spoke out critically of Western powers' heavy bombing, saying it had resulted in civilian deaths.

Libyan officials claim that 64 civilians have been killed in the bombings, but France, the first country to conduct air strikes, denies those claims. "There is no information of killed civilians that the French command is aware of," government spokesman Francois Baroin told the Canal Plus television station.

Meanwhile, a top advisor to French President Nicolas Sarkozy, Henri Guaino, said he anticipated the allied military intervention in Libya would last "awhile" in an interview with France's BFM TV, according to the Associated Press.

Over the weekend, the 28 NATO member states unsuccessfully debated a possible role for the military alliance in the implementation of the no-fly zone approved by the United Nations on Thursday. On Monday, European Union ambassadors were meeting in Brussels ahead of a further meeting of their NATO counterparts the same day in an attempt to hammer out an agreement for common action. NATO member states are hoping to reach an agreement on monitoring the UN's no-fly zone, but so far they have only found unanimity on the need for a weapons embargo on Libya.

NATO decisions must be taken unanimously, but this week the alliance is showing greater division than it has in some time. Diplomats aren't placing the blame squarely on Turkey, either. France is also reportedly blocking an agreement because it does not want to turn command for the operations over to the alliance. Several NATO partners commented critically on the NATO Council meeting on Sunday, saying that France, Britain and the United States were pushing ahead and not doing enough to inform their partners. Currently, no agreement is expected before Tuesday.

In an interview with SPIEGEL published on Monday, German Foreign Minister Guido Westerwelle also sought to clarify his country's position following its move to abstain in a vote on the no-fly zone on Thursday at the United Nations Security Council, where Germany holds a temporary seat. "We want to stop the dictator," he said. "But military missions and air strikes are something else. I don't want us to venture onto a slippery slope that would lead to German troops participating in the war in Libya." He reiterated his position that Germany would not deploy its armed forces, the Bundeswehr. "No, we will not take part with German troops, no matter how honorable the motives of our partners who have decided differently."

As the NATO allies remained divided, Gadhafi moved to regroup and create a new strategy for his troops. French fighter jets destroyed Gadhafi tanks on their way to rebel stronghold Benghazi over the weekend, but now the Libyan dictator is instead dispatching thousands of his supporters for a ground invasion of the city.

Libyan state news agency Jana reported on Sunday night that Gadhafi had met with members of a people's committee and planned a "green march" to Benghazi. The "demonstrators," who are said to include members of parliament from different tribes and unarmed civilians, are expected to make their way to the city with peaceful intentions "holding olive branches," according to the agency.

However, the news agency reported, the marchers would be escorted by some armed civilians because Benghazi's occupiers were armed. The report stated that the goal of the demonstration was to foil foreign force's plans to divide the country and plunder its oil. Benghazi is the largest city in Libya controlled by the rebels. 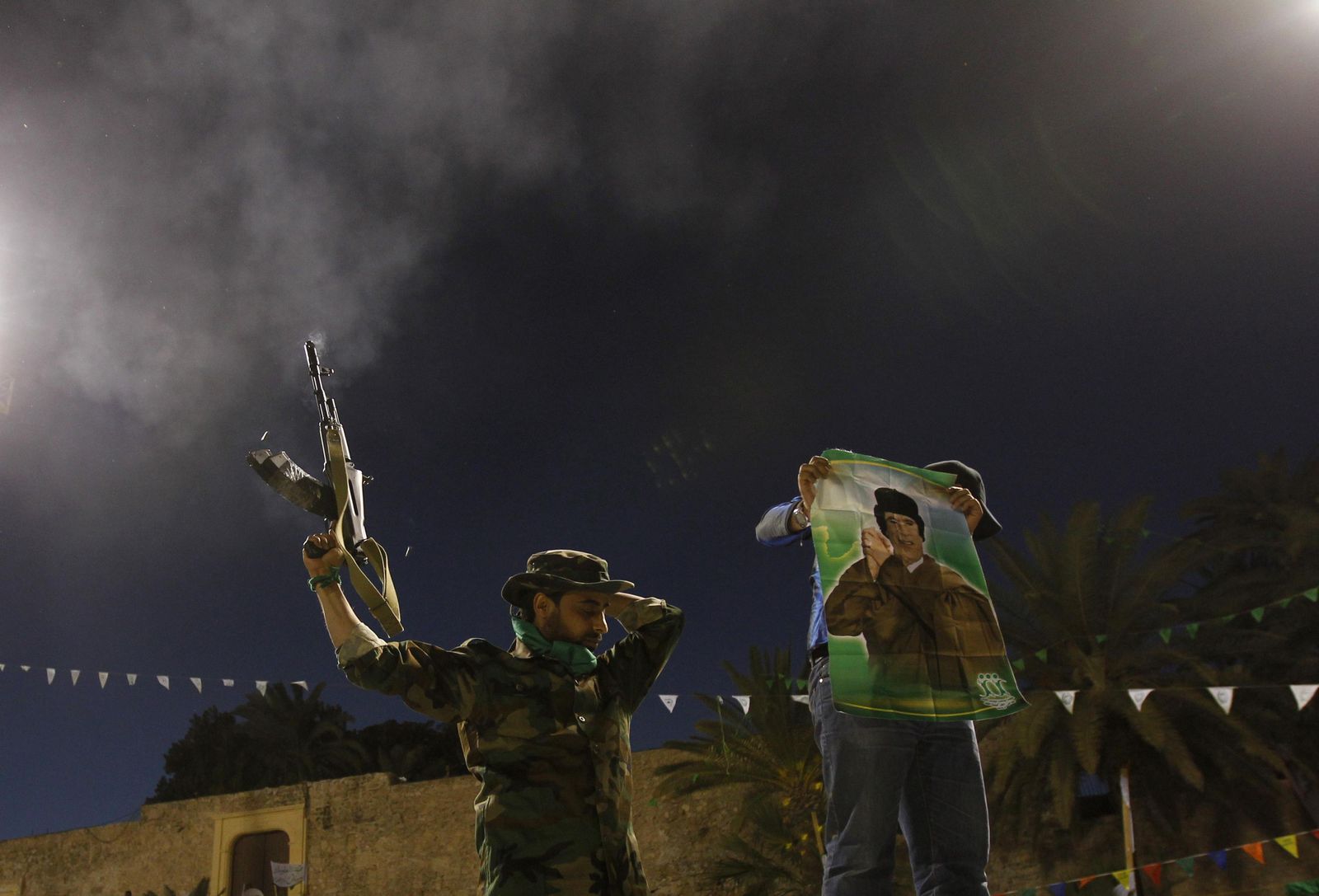 A Libyan army soldier loyal to Muommar Gadhafi fires shots in the air on Sunday as Western forces pound the country's air defenses and patrol its skies.