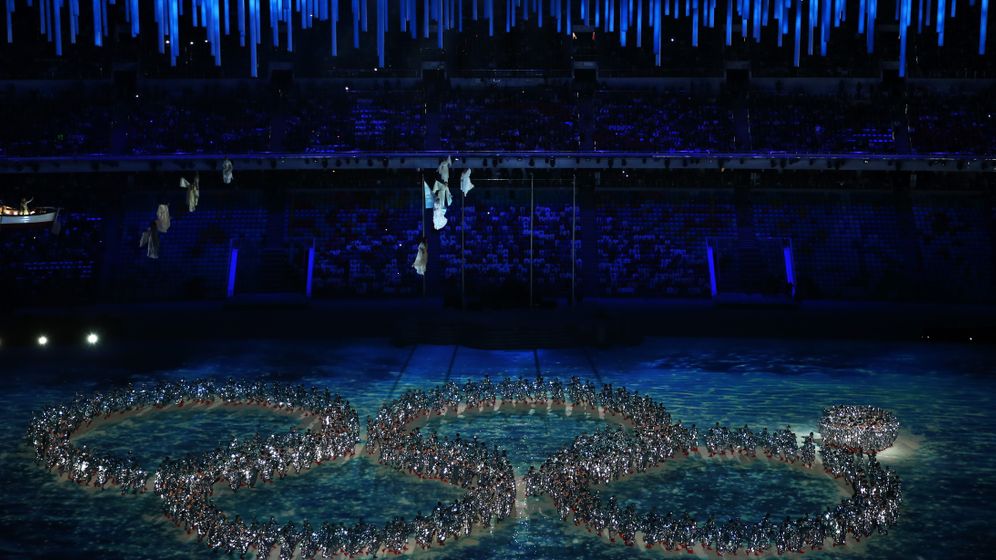 Photo Gallery: The Olympics Come to an End

Last Thursday was a beautiful day in Sochi. As warm spring sun shone down on the Olympic Village, many visitors had settled at an outdoor café for a beer while others gathered around a mascot for a photo. In the Iceberg Skating Palace, figure skaters were dancing gracefully to the inspiring music of Tchaikovsky and Grieg.

But on the same day, almost 100 people lost their lives in Kiev, their corpses left lying on the streets or stacked up in a hotel lobby. The border to Ukraine is less than 600 kilometers (375 miles) from Sochi, which, for a country the size of Russia, is nothing. The violence was right next door.

From the very beginning, these games, which came to an end on Sunday, were anything but carefree. Many questioned the logic of choosing a subtropical seaside town to host the winter games and the preparations -- complete with expropriations of residents, incursions into a mountain nature reserve, the arrest and imprisonment of opposition activists and the horrendous, unprecedented price tag -- did little to silence the critics. It would have taken a miracle for these games to exude the unremitting joy of previous Olympics.

Sochi did, of course, have its moments: the final Olympic appearance of legendary skater Evgeni Plushenko; the emotional and intense men's hockey tournament; German luge dominance; the Russian cross-country sweep that gave the hosts the medal title; the hard-fought women's slalom race. There were certainly plenty of great Olympic performances.

The Symbol of Sochi

But Sochi was never able to shed the weight it carried from the very beginning; it was never able to become a true celebration of sport. And once violence erupted in Kiev, it was over. As the Olympic flame burned in the center of Sochi, black smoke was rising over Independence Square in the Ukrainian capital. Even a harmless headline like "Russia Devastated over Ice Hockey Loss" suddenly seemed cynical.

Olympic peace is an illusion, of course. It may have existed in antiquity, but during the 1992 summer games in Barcelona, for example, ethnic cleansing in the Balkans was just getting underway. As athletes took to the snow in Lake Placid in 1980, the Soviet army was invading Afghanistan. And then there were the Nazi games in Berlin in 1936. But even so, the events of last week, with so many people gunned down in the immediate vicinity of the Olympic Games, were shocking.

The International Olympic Committee tried to maintain the appearance of normality even as the dramatic events of Kiev were dominating the news. Business as usual, was the message. Even the donning of a simple mourning band by Ukrainian competitors proved too controversial for the IOC. Spokesman Mark Adams said: "There are 2,800 athletes here, so you can imagine there are, sadly, a lot of people with personal tragedy in their lives, some with big political tragedy, some with personal tragedy." At least he included the word "sadly."

In the end, Bogdana Matsotska couldn't take it anymore. The Ukrainian skier left Sochi last Thursday, even though her strongest discipline -- slalom -- was scheduled for Friday. Given the violence back home, she could no longer feign normalcy where there was none. Until the very end, the Sochi Olympic Games were searching for an identity. In Bogdana Matsotska, they found one.