It's too bad that Mitt Romney didn't win. If the Republicans had won, we could finally have known for sure that our suspicion of America's imminent demise is correct. "Four more years," translated into the German viewpoint means little more than a "four-year reprieve."

For the über-watchful among us, the signs of the downfall are obvious. One must only take a look at the condition of the streets (every fourth bridge is crumbling!), or the entirely outdated power grid, to come to the conclusion that this country has its future behind it. A nation that has its utility lines hanging from poles in the street, instead of burying them in an orderly fashion underground, cannot really be taken seriously.

With a bit of luck, the specter across the Atlantic might even take care of itself. It can't be ruled out. When they are not shooting each other or being fried by dangling power lines then the Americans might simply pop. Two out of every three US citizens are overweight, or even obese! Every child in Germany knows the numbers.

There is hardly an issue about which Germans as so united as they are by their desire to see America on its knees. It unites both the left and the right. Wherever they look, they see decay, a lack of culture and ignorance. "A perverse mixture of irresponsibility, greed, and religious zealotry," as my adversary, columnist Jakob Augstein, furiously argued on Monday.

A Blessing to Live in Germany

What a blessing it is, one must conclude, to live in Germany, a country where the highways are regularly repaired and the washing machines use so little water that one could water the entire Sahara with what is left over. In which citizens' initiatives are formed against McDonald's, and two-bit crime dramas are considered the pinnacle of TV entertainment. If the utility poles here were to snap like toothpicks, then it would be the fault of some natural catastrophe, the likes of which would make a hurricane seem like a gentle breeze.

I don't want to sound like a smart aleck, but does anyone remember when, in December 2005, a surprisingly strong winter storm left 250,000 people in the area surrounding Münster without power for days? Münster and its environs do not want to rule the world. But still, it was strange to see the same experts on TV, who two years prior, during a large power outage on the east coast of the US, had given their reasons for why something like that could never happen in Germany.

The criticism of America has always been a bit infantile. One is familiar with the theory from psychoanalysis, when people talk about transference, or when suppressed feelings or emotions are overcome by projecting them onto others. It may work for a while, improving one's feeling of self-worth by devaluing an imagined adversary. But it always falls short. Which is why the ritual must be constantly carried out anew.

For as long as I can remember, America has been on the decline. Already in the 1970s, the country was doomed, and that was before people like Ronald Reagan or George W. Bush came to power. In the meantime, Americans brought communism to its knees, rang in the age of the Internet and revolutionized capitalism several times.

The reality is that a quarter of global wealth is still created in the United States. They still have at their command the largest military power on the globe, and will continue to do so, despite all of the talk of a multi-polar world.

The Infatuation with Obama

Above all, the United States remains the largest chosen destination of millions of people in the world. If they had the choice of where they could live, the majority oddly enough would not choose the German DIN standard for happiness, but life in New York or California, where the potholes are as big as gravel pits. That may make people here want to light as many candles as possible, to pray for the downfall to finally come.

The childish excitement over Obama, that once again took hold over Germans during this election -- fully 93 percent of the country would have voted for him in this election -- is the flip side of this desire for America's demise. That the Germans, of all people, should see themselves in a black civil rights attorney from Chicago can only be explained by the fact that they see him as the opposite of what they consider to be normal Americans.

Since Obama spoke to the world in front of the Victory Column in Berlin during his first presidential campaign in the summer of 2008, he has found a firm place in the hearts of German citizens. They will always be grateful to him for this honor. That's why they forgive him for keeping Guantanamo open and for sending out drones like other people would send postcards.

In the daily Süddeutsche Zeitung, Andrian Kreye correctly pointed out that for Europe, life with Republican presidents is usually easier, because the US then takes the obligations of its alliances seriously.

Obama has no interest in Europe, and all of his attention goes to Asia. If this president calls the German chancellor's office, it is only to try to sweet talk her into finally implementing euro-bonds, so Wall Street can sleep again. But that is one of those facts that is better to suppress.

Superpowers don't disappear over the course of years. It takes decades, if not centuries. As such, the verdict might not arrive for awhile yet. The prophets of doom can continue to hope. 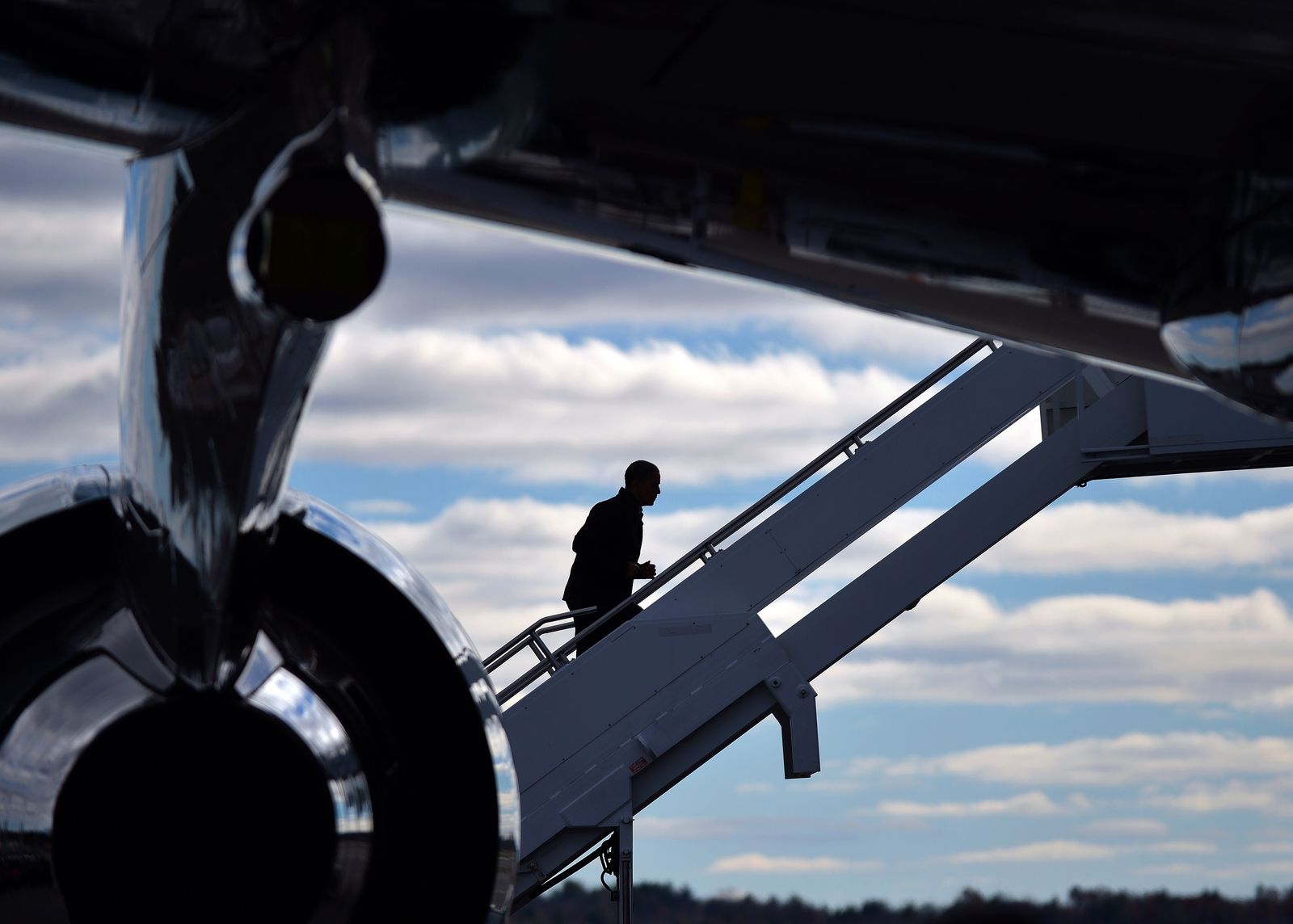