Military deployments are always a political minefield in Germany, for obvious and good reasons, given its history. So it's no surprise that Turkey's request for Patriot missiles from its NATO partners to help secure its 900-kilometer border with Syria led to a political row in Berlin, where opposition politicians have warned that a deployment could end up pushing Germany into the Syrian civil war.

"The deployment of hundreds of German soldiers with Patriot missiles would put us onto a very slippery slope into a Syrian mission." Omid Nouripour, security expert for the opposition Greens, said on Saturday.

Philipp Missfelder, a foreign policy spokesman for Chancellor Angela Merkel's conservatives in the Bundestag lower house of parliament, accused the opposition of endangering Germany's reputation as a reliable partner.

"I'm ashamed for my Bundestag colleagues," he told SPIEGEL ONLINE on Sunday. "To deny military protection to a NATO partner who feels threatened makes me blush with shame."

He may draw some relief from Turkey's announcement on Tuesday that NATO member states have agreed to supply Turkey with Patriots. The country has been talking to NATO allies about how to boost security on its border with Syria after mortar rounds landed inside its territory.

"The countries who supply NATO with Patriot systems are known, we have reached an agreement with those countries. The official application will be completed as soon as possible," Turkish Foreign Minister Ahmet Davutoglu told a news conference. "Intensive work is underway and the talks have reached the final stage."

Only the United States, the Netherlands and Germany have the appropriate Patriot missile system available. The German government already signalled that it will provide help by saying it would analyze the request "with solidarity."

Germany can't afford to say "No" after it was heavily-criticized for abstainingin the United Nations Security Council vote that established the no-fly zone in Libya last year.

The opposition center-left Social Democrats and Greens have called for a German parliamentary vote on the deployment of the Patriot missiles systems along with around 170 troops, and Defense Minister Thomas de Maizière said on Monday that parliament would be involved. It's unclear at present whether a vote is needed, however.

German media commentators on Tuesday say Germany is obliged to help Turkey with what is largely a symbolic gesture of solidarity. After all, the Patriots aren't suited to neutralizing mortar rounds. The risk to Germany's international reputation by refusing assistance is greater than the risk of being dragged into the Syrian war by sending just 170 troops, the commentators say.

"German Chancellor Angela Merkel has been praising Turkey's level-headed position in the Syrian conflict. If Turkey now requests Patriots it would be an opportunity to follow up this verbal acknowledgment with deeds. The decision would also make it easier for the allies to demand concessions from Ankara on other issues where Ankara has been a difficult partner -- such as Cyprus."

"NATO's Supreme Allied Commander will stress the purely defensive nature of the deployment when he gives his marching orders. That too will be an unmistakable call on Ankara to continue to show restraint. Such caution is warranted. Perhaps the Turkish government has plans that go beyond securing its borders. The German opposition is speculating that Turkey wants to set up a no-fly zone in northern Syria. It could guarantee the rebels protection from the Syrian air force. The Patriots could, some are speculating, end up enforcing a no-fly zone."

"The German government thinks it will be able to prevent this. A United Nations mandate would be needed for a no-fly zone. But that is hardly conceivable given Russia's and China's support for the government in Damascus. If, however, a UN resolution on a no-fly zone were to come about unexpectedly and the Patriots were called on to help enforce it, Germany would have to be involved. To make the missiles available now but then to withdraw from the responsibility for implementing the UN mandate -- that would be inconceivable."

"The decision to station the missiles is a tough one for everyone. Experience shows that it is relatively easy to be drawn into a military engagement but that a withdrawal can be difficult. Regarding the Patriots, one can say that the risks seem manageable. In the end, it comes down to the question whether Germany is a reliable alliance partner. Solidarity shouldn't be shown at any cost. But in the case of the Patriots, a 'No' would seriously damage Germany's reputation."

"Turkey is a member of NATO, it is a security partner of Germany and is entitled to solidarity. So if the government in Ankara requests that NATO station air defense missiles at the border with Syria, then Turkey is entitled to this request being checked in the spirit of alliance solidarity. The apocalyptic scenarios being painted by parts of the German opposition are inappropriate and miss the point. If German troops, meaning operating crews for two defense squadrons, are deployed in Turkey, they won't automatically be pulled into the Syrian civil war."

"At the moment the Middle East consists of many powder kegs with even more fuses. The region is in upheaval -- and Turkey, as Syria's neighbor, is directly affected. In this situation, solidarity should mean something."

"If the Turkish government asks NATO for support, we must help. An alliance is an alliance. You can't simply get out if things get uncomfortable. We should also be honest in another respect. The German army won't be deployed at the Turkish border to build bridges or repair school roofs. A war is looming there. A German army mission in this highly explosive region means that German soldiers may have to kill to protect Turkish territory. And that there may be deaths and injuries among our troops. The German government must state this clearly. Because we are entitled to the truth -- even if the truth is difficult."

Conservative Die Welt writes that in the end, the West will have to get militarily involved in Syria:

"The longer we wait, the more difficult and costly the intervention, inevitable in the end, will be."

"Enforcing a no-fly zone and setting up security zones for civilian refugees will be the immediate goal of a Western intervention. And until that happens, the stated readiness of Germany and the EU as a whole to take in Syrian refugees and give them a face and a public voice here would be a strong signal of solidarity in their desperate fight for dignity." 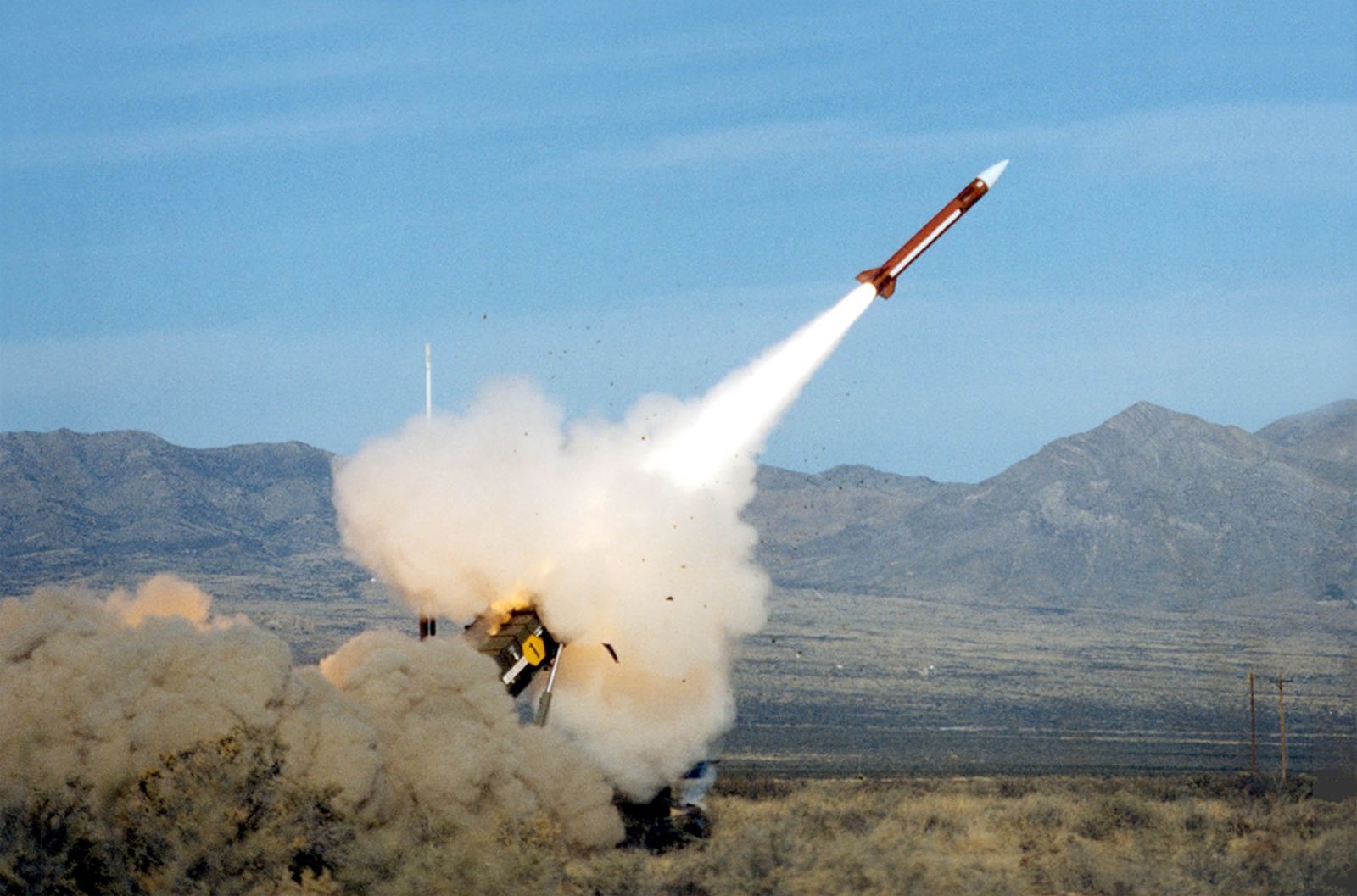 A Patriot missile being test-fired. Turkey has asked for the missile system from NATO to protect its border with Syria.