Israel is usually a country where politicians have an opinion on any topic, and vociferously so. But in recent days, Israel's leadership has been unusually silent on a certain question. No one, it seems, is willing to make an official comment on the ongoing unrest in Egypt, where protesters have been holding anti-government rallies. It's not because Israel does not care about the riots ravaging its southern neighbor -- on the contrary, Israeli news channels, normally prone to parochialism, have been closely following recent events in the Arab world, from Tunisia to Lebanon.

Radio, television and newspapers constantly report the courage of the demonstrators in the streets of Cairo, not only relishing the historic spectacle, but openly expressing sympathy with Egypt's struggle for democracy.

But the Israeli government is keeping quiet. "We are closely monitoring the events, but we do not interfere in the internal affairs of a neighboring state," was the curt answer from the Israeli Foreign Ministry to requests for comments.

So for journalists looking for quotes, it is a happy coincidence that Israel's former Industry and Trade Minister Binyamin Ben-Eliezer resigned from the Israeli cabinet last week and can now freely express his opinions as a member of the opposition Labor Party. "I don't think it is possible (for there to be a revolution in Egypt)," Ben-Eliezer told Israeli Army Radio. "I see things calming down soon." The Iraqi-born former minister is a renowned expert on Israeli-Arab relations and is a friend of the Egyptian intelligence chief Omar Suleiman.

Ben Eliezer's statement is consistent with the assessment of members of Israel's intelligence community and Middle East experts, who point to the strength of Egypt's army. In his remarks to Army Radio, Ben-Eliezer also explained Israel's position on the protests. "Israel cannot do anything about what is happening there," he said. "All we can do is express our support for (Egyptian President Hosni) Mubarak and hope the riots pass quietly." He added that Egypt was Israel's most important ally in the region.

Egypt was the first Arab state to sign a peace treaty with Israel, in 1979, but the relationship between the neighboring countries remains delicate. Good relations are limited to government circles. The regime in Cairo attempts to curtail the establishment of closer links between the countries' civil societies. The professional associations of doctors, engineers or lawyers, for example, require their members to declare that they will not contribute to normalizing relations with Israel.

Even 30 years after the peace agreement, annual trade between the neighboring countries only amounts to a value of $150 million (€110 million). (For comparison, Israel's trade with the European Union was worth around €20 billion in 2009.)

A recent incident involving the vice governor of the Sinai Peninsula reveals how many Egyptians think about Israel. After a shark attack off the coast, the official said that it could not be ruled out that the deadly fish had been released by Israeli intelligence to harm Egypt's tourism industry. After the bloody attack on a church in Alexandria on Jan. 1, a spokesman for Egypt's Muslim Brotherhood speculated that Israel could be responsible for the attack, with the intention of sowing discord between Christians and Muslims.

Indeed, the Muslim Brotherhood is one of the main reasons why official Israel seems to support Mubarak so keenly. It is considered the most popular political movement in Egypt, and its position regarding the peace treaty with Israel is clear: They want it revoked immediately. "Democracy is something beautiful," said Eli Shaked, who was Israel's ambassador to Cairo from 2003 to 2005, in an interview with SPIEGEL ONLINE. "Nevertheless, it is very much in the interests of Israel, the United States and Europe that Mubarak remains in power."

For Israel, more is at stake than the current so-called "cold" peace with Egypt and a few tens of millions of dollars in trade. "Never before have Israel's strategic interests been so closely aligned with those of the Sunni states as today," says Shaked, referring to Arab countries whose populations are mainly Sunni Muslim, such as Egypt, Saudi Arabia and the United Arab Emirates. The recent publication of the US diplomatic cables by WikiLeaks showed what he means: Much of the Arab world, and especially Mubarak, sees Shiite Iran and its allies, such as Hamas in the Gaza Strip and Hezbollah in Lebanon, as an existential threat, just as Israel does.

"If regime change occurs in Egypt, the Muslim Brotherhood would take the helm, and that would have incalculable consequences for the region," says Shaked. The Israeli government has noted with concern the fact that, even after 30 years of peace, Egypt's army is still equipped and trained mainly with a possible war against Israel in mind.

A cancellation of the peace treaty would open up a new front with the 11th largest army in the world, which is equipped with modern American weapons. But what Israel fears more than a -- somewhat unlikely -- armed conflict with Egypt is an alliance between an Islamist regime in Cairo and Hamas, which considers itself an offshoot of the Muslim Brotherhood.

Today the Egyptian army tries to stop -- albeit hesitantly -- weapons smuggling from Sinai to Gaza, the main supply route for Hamas. An Egyptian regime that opened the border with Gaza for arms deliveries would pose a serious danger to Israel.

Shaked considers the West's demands for more openness and democracy in Egypt to be a fatal mistake. "It is an illusion to believe that the dictator Mubarak could be replaced by a democracy," he says. "Egypt is still not capable of democracy," he adds, pointing out that the illiteracy rate is over 20 percent, to give just one example. The Muslim Brotherhood is the only real alternative, he opines, which would have devastating consequences for the West. "They will not change their anti-Western attitude when they come to power. That has not happened (with Islamist movements) anywhere: neither in Sudan, Iran nor Afghanistan."

Ultimately the choice is between a pro- or an anti-Western dictatorship, says Shaked. "It is in our interest that someone from Mubarak's inner circle takes over his legacy, at any cost." In the process, it is not possible to rule out massive bloodshed in the short term, he says. "It would not be the first time that riots in Egypt were brutally crushed." 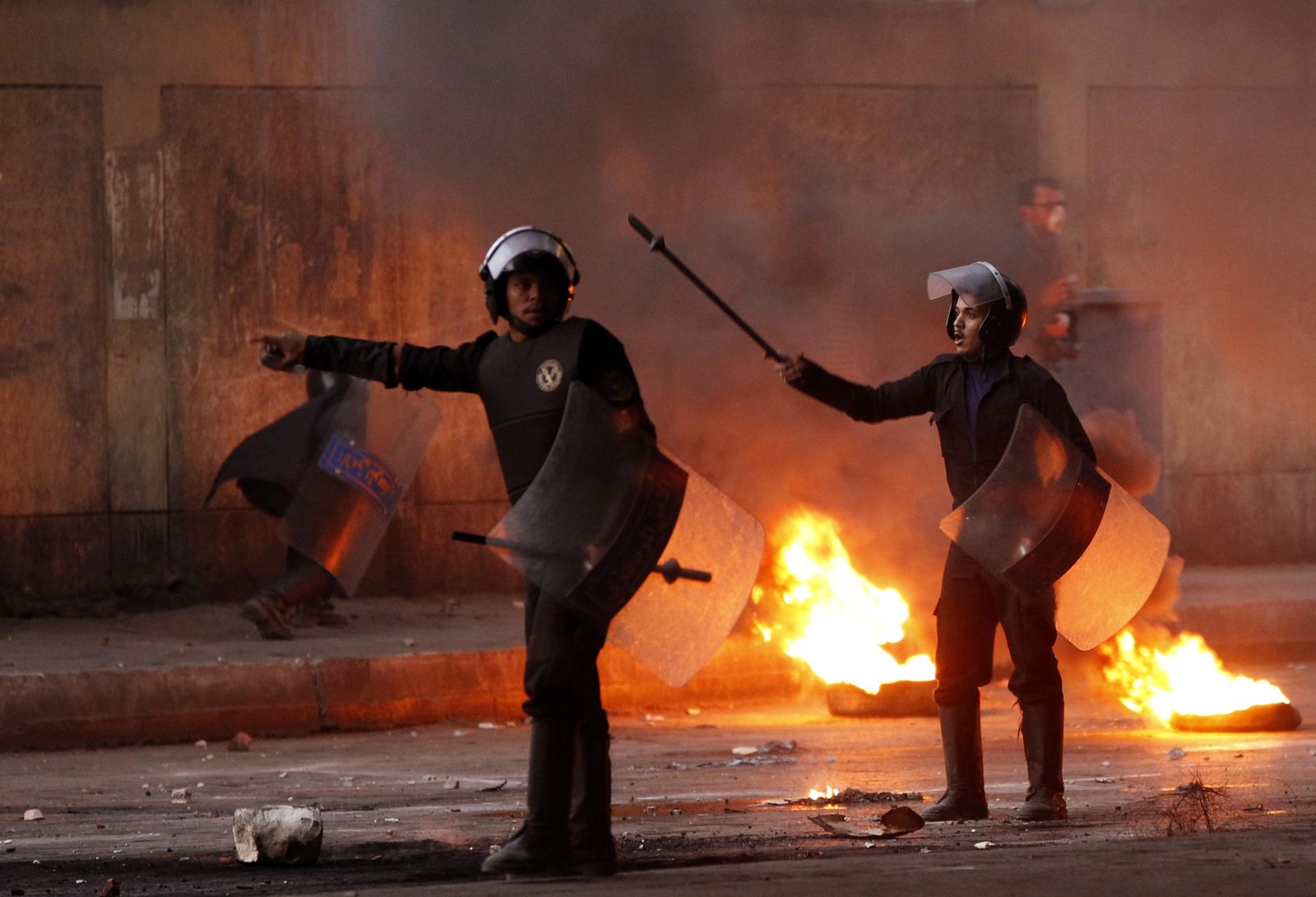