When Alexander Ginzburg injected himself with the vaccine he developed, he hadn't even begun testing the substance on monkeys. That was four months ago, and Ginzburg, a microbiologist and director of the state-owned Gamaleya Institute in Moscow, says he is still feeling just fine. One hundred institute employees also agreed to be vaccinated. And all are still healthy.

Ginzburg is working on what is called a vector vaccine, which involves introducing genetic material from the SARS-CoV-2 virus into a harmless carrier virus in order to trigger the human immune system to produce antibodies. The 68-year-old Ginzburg isn't particularly interested in the risks associated with injecting a substance that is still in development. "I want to protect myself and my employees," he says, claiming that his vaccine is both safe and effective. After all, he says, he's already developed a coronavirus vaccine on one other occasion.

The Russian government is hoping to approve Ginzburg's vaccine as rapidly as possible, with Health Ministry officials saying that a decision could be made in the next several days. And if it is approved, Russian doctors and teachers are to be injected first. It is unclear whether they will have a choice.

Russia, though, isn't alone. It's just one of many examples showing how the race for a COVID-19 vaccine continues to accelerate -- fueled in part by autocratic countries like Russia and China, which aren't always so fastidious when it comes to medical and ethical standards. A research breakthrough would mean that Moscow and Beijing would be able to protect their populations more quickly and reopen their economies earlier than their rivals. A vaccine wouldn't just represent an advance in the fight against the virus, it would also translate into power, prestige and money, since the rest of the world would be clamoring to buy the remedy.

At the same time, the premature introduction of a vaccine that isn't ready for primetime can have grave consequences. Politicians must be aware that rapidly developing a vaccine isn't their only challenge, they must also convince the populace that the vaccine is safe, says Chandrakant Lahariya, an epidemiologist from India. Late-developing side effects could lead to a situation where "trust doesn't just sink in this vaccine, but in all others developed around the world."

According to the World Health Organization (WHO), laboratories in 12 countries have developed 27 vaccine candidates, which are now undergoing clinical testing. That includes teams in Britain, Japan, Germany, South Korea and the United States, but institutes in China, India and Russia have also begun the process of clinical evaluation – three ambitious emerging markets with nationalist leadership and regulatory authorities that tend to be laxer than elsewhere.

With more than 865,000 coronavirus infections, Russia is currently the fourth-most affected country in this pandemic and President Vladimir Putin is pushing for a breakthrough in vaccine development. The government says that more than 20 countries from Asia, Latin America, Africa and the Middle East have expressed interest in the vaccine. In Moscow, there is talk of a "Sputnik Moment," a reference to the Soviet Union's launch of the first ever satellite in 1957, ahead of the Americans.

Epidemiologists like Vasily Vlassov of the Higher School of Economics in Moscow, though, are warning against premature euphoria. The celebratory comments coming from the Kremlin, he says, are "like Soviet-era propaganda." Vlassov is critical of the government having lowered the legal hurdles. Moscow intends to begin mass production of the vaccine in September or October even though the clinical studies haven't even yet advanced into the decisive Phase III of testing. "Russia is violating internationally accepted rules," he says.

According to WHO vaccine guidelines, every new substance must first be tested in the laboratory and on animals before it can be administered to humans. In the first phase of a clinical study, only very few test subjects receive the vaccine, with Phase II involving dozens or perhaps a couple hundred people. In Phase III, tens of thousands of test subjects are often involved. Every phase is crucial to determining if the new vaccine is safe and whether it is effective.

Furthermore, participation in the trials must be voluntary. Test subjects normally receive monetary compensation, but it tends not to be particularly generous. Also, all relevant data pertaining to the trials must be made public so that government agencies and other scientists can evaluate it.

The Gamaleya Institute is apparently violating these guidelines in several different ways. Thus far, hardly any scientific data has been published, while only 76 test subjects took part in the first and second testing phases, half of them soldiers in the army. The other half were civilians, who received 100,000 rubles for their participation, the equivalent of around 1,200 euros or around three average monthly salaries in Russia. Anna Kutkina, one of the volunteers, calls it a "nice bonus" and intends to use the money to help buy the farmhouse she has long been dreaming of.

But it's not just the Russian efforts that appear to be guided by excessive zeal. Some in India are also exhibiting impatience. The country's pharmaceutical industry is the largest producer of vaccines in the world, though most of them are developed elsewhere due to a shortage of domestic innovation there. Prime Minister Narendra Modi, though, would like to change that state of affairs. At least seven Indian pharmaceutical companies are currently seeking to develop a COVID-19 vaccine, with the company Bharat Biotech having made the most progress. They have named their candidate Covaxin.

In early June, a letter sent by the director of the state-owned Indian Council of Medical Research (ICMR) was leaked to the public. Test subjects, the letter instructed, were to be given Covaxin "no later than July 7" with the goal of making the vaccine available to the public by August 15. It was hardly a randomly chosen date: August 15 is India's Independence Day.

The Indian Academy of Sciences quickly released a statement calling the timeline both "unfeasible" and "unreasonable." Producer Bharat Biotech then noted that possible approval would take at least another five months and ICMR was forced to backpedal. For health expert Lahariya, the incident shows that oversight actually works in India. "Would such a debate also have been possible in Russia and China?" he wonders.

Still, the favorite in the race for a vaccine isn't India, but China. Three of the six candidates around the world that are currently in Phase III trials have been developed by Chinese scientists. The other three companies in the final stage of trials are the British-Swedish company AstraZeneca, the German firm Biontech and the American company Moderna.

The Chinese, though, are running into a problem that other countries would love to have: They don't have enough coronavirus cases. The efficacy of a vaccine can only really be adequately tested in places where test subjects face a certain risk of infection. As a result of strict lockdown measures and surveillance measures in China, though, the virus has essentially been eradicated in the country. In response, Sinopharm is carrying out its Phase III trials in the United Arab Emirates, while Sinovac has headed to Brazil.

Beijing has already promised these two countries and other pro-China nations access to the vaccine, says Yanzhong Huang, a health expert with the U.S.-based think tank Council on Foreign Relations. And that, he says, is a bit of a political risk: Given that China can't control the media in the recipient countries, there could be negative reports about possible side effects. "That would be a diplomatic fiasco for China," Huang says.

In addition, the Chinese military has administered the vaccine to an unknown number of soldiers since the end of June, despite Phase III trials not yet having begun. That vaccine was developed by army scientists in cooperation with the Chinese company CanSino.

One participant in the Phase II clinical trial from CanSino makes it sound as though they have been a bit more stringent when it comes to testing guidelines than Moscow has. During the outbreak in Wuhan, Lao Ji delivered food and medicines on his moped. He recalls being horrified at the time when he read the Chinese translation of an article in the medical journal Lancet, which described how a coronavirus patient's immune system can spin out of control.

He learned via the Chinese microblogging site Weibo that volunteers were being sought for a study, Lao said during an April discussion in Wuhan held just two days after his injection. "I hope that a vaccine will be developed as soon as possible," he said. "So, it's better if I do my part to help out."

The scientists, he said, extensively informed him of the risks. One month prior to the injection, he was given a comprehensive health checkup and he provided details about his health history. He also committed to having his blood taken four times over a six-month period. When asked about the fee paid for his participation, he said he couldn't remember, but added: "It wasn't much. Perhaps half my monthly salary." He didn't volunteer for the money, though, he said.

Although China is ahead of the others in developing a vaccine, the country has also apparently turned to its intelligence service for help. In July, the U.S. Department of Justice indicted two Chinese hackers who were allegedly searching for weaknesses in the computer systems of networks of biotech firms and other companies conducting research into a COVID-19 vaccine. The two are thought to have been operating under the auspices of an officer in the Chinese Ministry of State Security.

The biotech firm Moderna confirmed having been informed by the FBI of the attempted spying. The Trump administration has high hopes for the Massachusetts-based company and has provided its vaccine development project with almost $1 billion in funding. The company began Phase III trials in late January, becoming the first pharmaceutical firm in the U.S. to do so.

One of the three institutes that Moderna is cooperating with is the Baylor College of Medicine in Houston. The college's press office says they don't know if the Chinese hackers also targeted Baylor. But it wouldn't come as a surprise: U.S. officials are currently pursuing several investigations into suspected Chinese medical espionage in the Houston area. Indeed, it was one of the reasons that the Trump administration ordered the closure of the Chinese consulate there in late July. 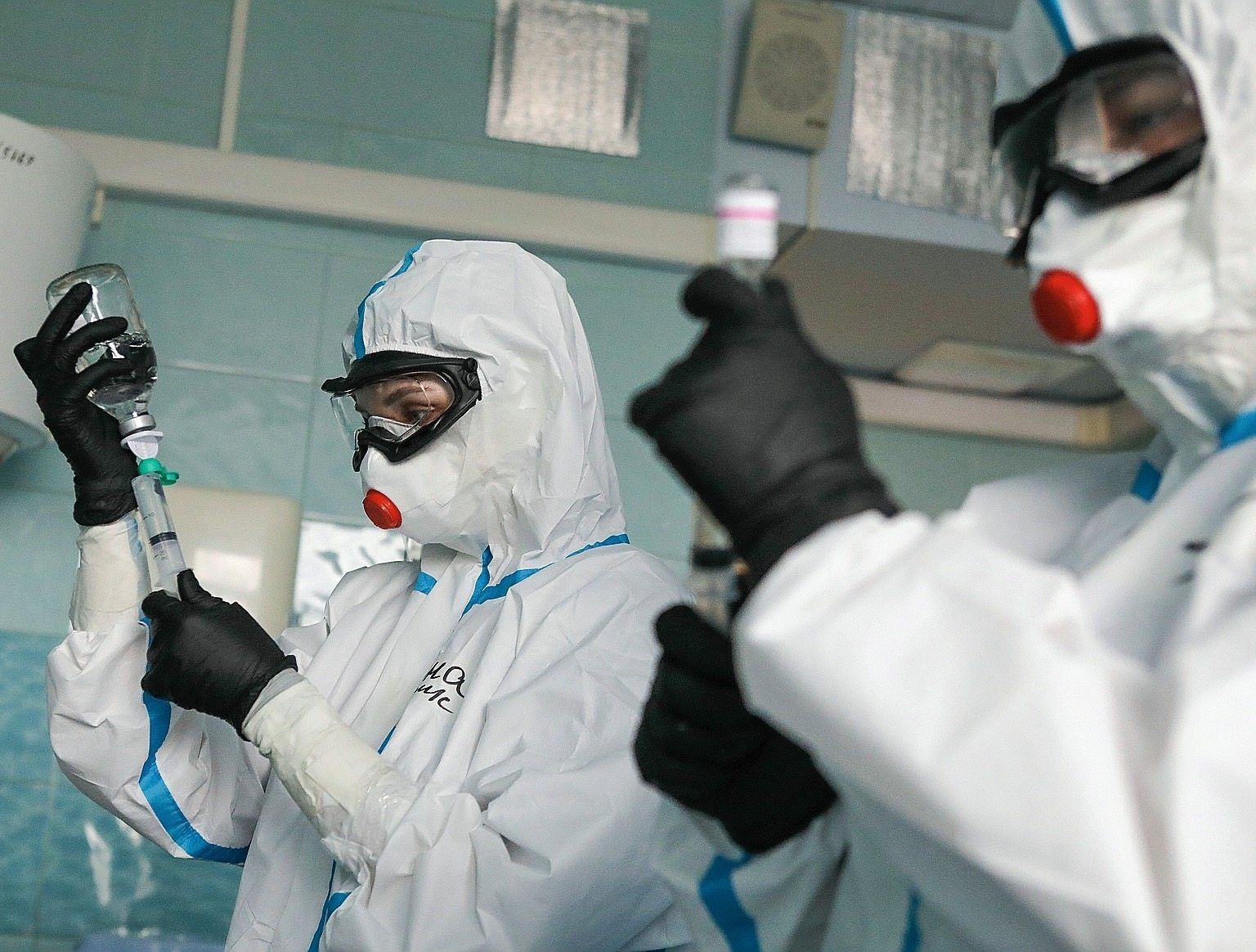 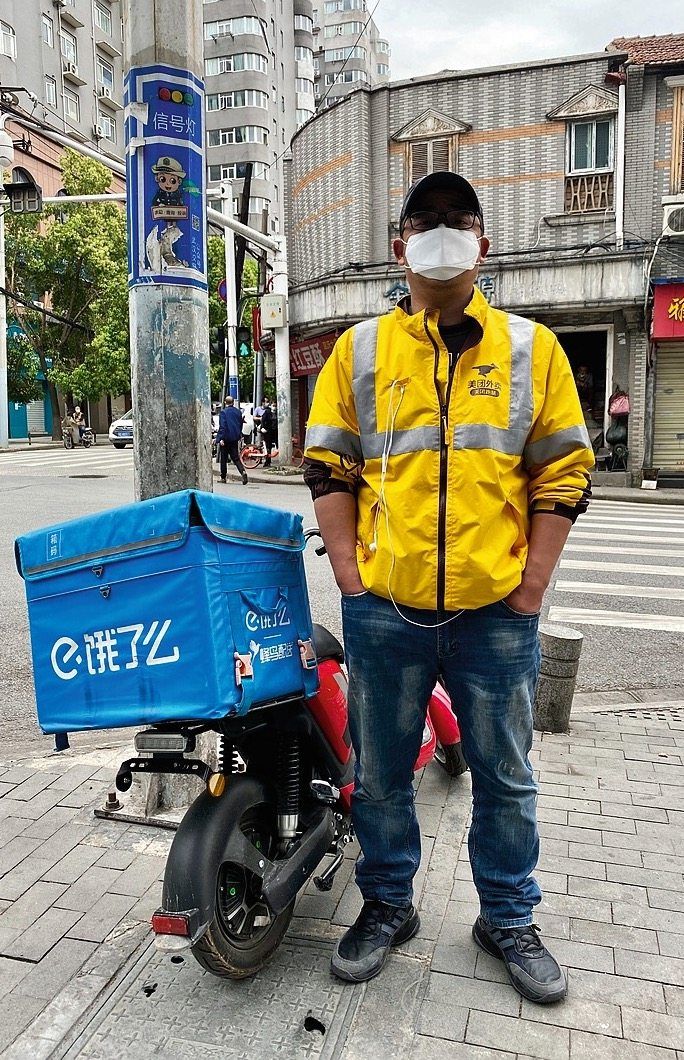