Today is one of the rare days when Shaun has no complaints. He has no need for that thing, the 13-year-old says as he plays with his smartphone. The "thing" is a turquoise green inhaler lying next to him on the sofa. Shaun is forced to don the mask whenever he has trouble breathing. He has been diagnosed with a severe allergy caused by air pollution. "He's had this problem since he was a little kid," says Shawn's father, Calvin Hlabangwane.

The 32-year-old miner plays a recording of his son's breathing while he sleeps, a rattling sound that has worried Shaun's parents for years. These days, their anxiety is compounded by the fear that their son could become infected with the coronavirus. Shaun is particularly susceptible due to his condition, one of more than 10,000 South Africans who come down with bronchitis or asthma every year, according to a study by the environmental organization groundWork.

Calvin Hlabangwane says his family's region has the most such cases. He sounds resigned, as if his family has no choice but to accept chronic suffering as a part of life in Vosman, a run-down township in Mpumalanga. The province is the heart of South Africa's coal mining industry, where most of the country's deposits are extracted and burned to generate electricity.

South Africa, the world's seventh-largest producer of coal, generates nearly 90 percent of its electricity from the dusty, black rock. It also ranks ninth globally in per capita carbon dioxide emissions, and this isn't likely to change anytime soon, even in times of climate change. The government in Pretoria wants to tap its reserves of the fossil fuel even more intensely in the coming decades to drive economic growth. The collateral damage of this ambition is being borne by the local populations in the developing country's mining regions.

The 'Place of Coal'

The groundWork study found that more than 2,200 people die every year in South Africa from the consequences of air pollution from coal-fired power plants. The most frequent causes of death are infections of the lower respiratory tract, pneumonia, cancer and heart disease.

The situation is especially dramatic in Emalahleni, a 400,000-strong mining town that includes the Vosman township. Emalahleni means "place of coal" in isiZulu, the local tongue. Under apartheid, the city was called Witbank. The name may have changed, but most of the predominantly black inhabitants are as poor as ever. Youth unemployment is estimated at 50 percent, many households have no access to drinking water and medical care is abysmal.

Indeed, an aerial view of the city is currently circulating on social media, bearing the caption: "Witbank quarantined. Not because of coronavirus, but because it's a shithole."

Emalahleni is surrounded by coal mines, power stations and metal smelters and people's homes abut the towering black walls of the slag heaps. The landscape is criss-crossed by power lines while caravans of heavy haulers thunder back and forth between the mines and the power plants. Acidic wastewater from the mines contaminates the soil, many nearby rivers and lakes are poisoned with heavy metals and a perpetual gray haze hangs over the townships. Even on a clear night, the stars are hardly ever visible. In the distance, the muffled sound of explosions in the mines can be heard.

Many Suspect They Are Slowly Being Poisoned

Vosman's residents sleep with their windows closed, yet toxic dust still penetrates the walls of their huts. Every morning, the roofs and streets are covered in a pitch-black layer of smear. "The doctors say my son got sick because of the bad air," says Calvin Hlabangwane, "but I'm not so sure." He's reluctant to criticize the coal industry because he works as a machinist in a mine. He just built an extension to his small house and could even afford a generator to bridge the constant power cuts. Just outside the front door is his pride and joy: a used car with imitation leather seats.

"Everyone who has work is in this dilemma. Nobody bites the hand that feeds him," says Promise Mabilo, a 44-year-old from Vosman. Mabilo became an environmental activist because her son Lifa is also ill and has not been able to live without asthma spray since he was 8 years old. Mabilo collects data in the townships for the environmental organisation Vukani and sums up the results of the surveys in two words: "Coal kills."

Mabilo has a photo on her smartphone of herself at a demonstration in front of the Brandenburg Gate in Berlin. "Our protest movements are networked worldwide. We must fight the madness of coal everywhere. But I don't think anywhere is as bad as here." A report from Greenpeace confirms her suspicion: In autumn 2018, an evaluation of comparative satellite data showed that no other region in the world was more heavily contaminated by nitrogen dioxide.

Many people in Mpumalanga suspect they are slowly being poisoned, Mabilo says. "But most of them don't know how to fight it." Now the region must also grapple with the coronavirus. In places like Emalahleni with insufficient medical infrastructure, an outbreak of the disease would be catastrophic.

The district hospital in the city center is unprepared for the pandemic. Indeed, it is already hopelessly overburdened. Every day, hundreds of patients -- mostly sick mothers and children -- crowd the corridors, complaining of burning eyes, inflamed sinuses and constant headaches. "Right now, we would need far more resources to stem the increase in chronic lung diseases," says Mohamed Khan, a senior physician who has worked at the clinic for 13 years. He just emerged from a crisis meeting with the city administration; his hospital hasn't had running water for a week. "Things have never been this bad. We can't even use the operating theater at the moment."

Even in the age of corona, the battle for coal continues unabated. The South African government has shown little interest in promoting renewable energies. It continues to rely on Eskom, the state-owned electrical utility, says Mabila, the activist. She also has a theory for why this is: "Because our corrupt politicians can enrich themselves with Eskom."

The company has been plundered for years and has accumulated a huge mountain of debt, yet it is currently building two new large-scale power plants in Mpumalanga. One is going up in Kusile, 40 kilometers (25 miles) from Emalahleni. It is slated to be the fourth-largest power plant in the world, a behemoth that will generate 4,800 megawatts of electricity. Nineteen German companies are allegedly involved in the construction of the two massive new plants. Even as the government in Germany decided to phase out coal-fired power generation several years ago, there's apparently still good money to be made in South Africa with Big Pollution.

The South African Environment Ministry is praising the massive new facilities as a step toward climate protection. They are to be equipped with modern flue gas desulfurization technology, which will replace old dirt skimmers. Mabilo thinks it's a sham: "Measures like these won't prevent more people in Mpumalanga from dying as a result of air pollution. We, too, finally need an energy transition." 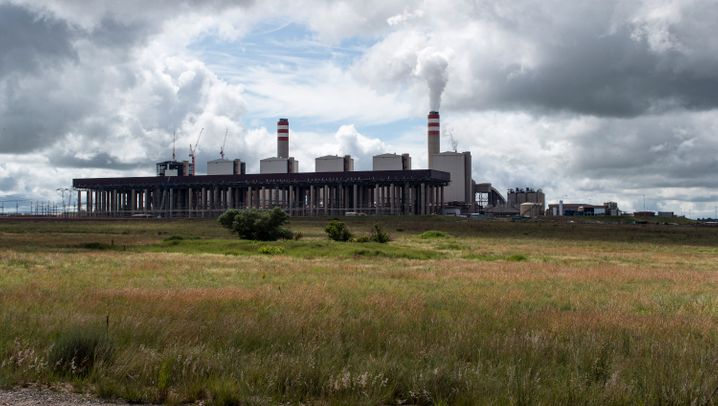 The Consequences of Coal Mining in South Africa

She's now placing her hopes in the Supreme Court in Pretoria. Last year, her organization, together with groundWork, filed a lawsuit against the government to enforce people's basic right to a clean environment, which is enshrined in the South African constitution. "The health crisis in Mpumalanga can no longer be ignored. We must force the government to hold the major air polluters to account," Mabilo says. "This is about our right to breathe." 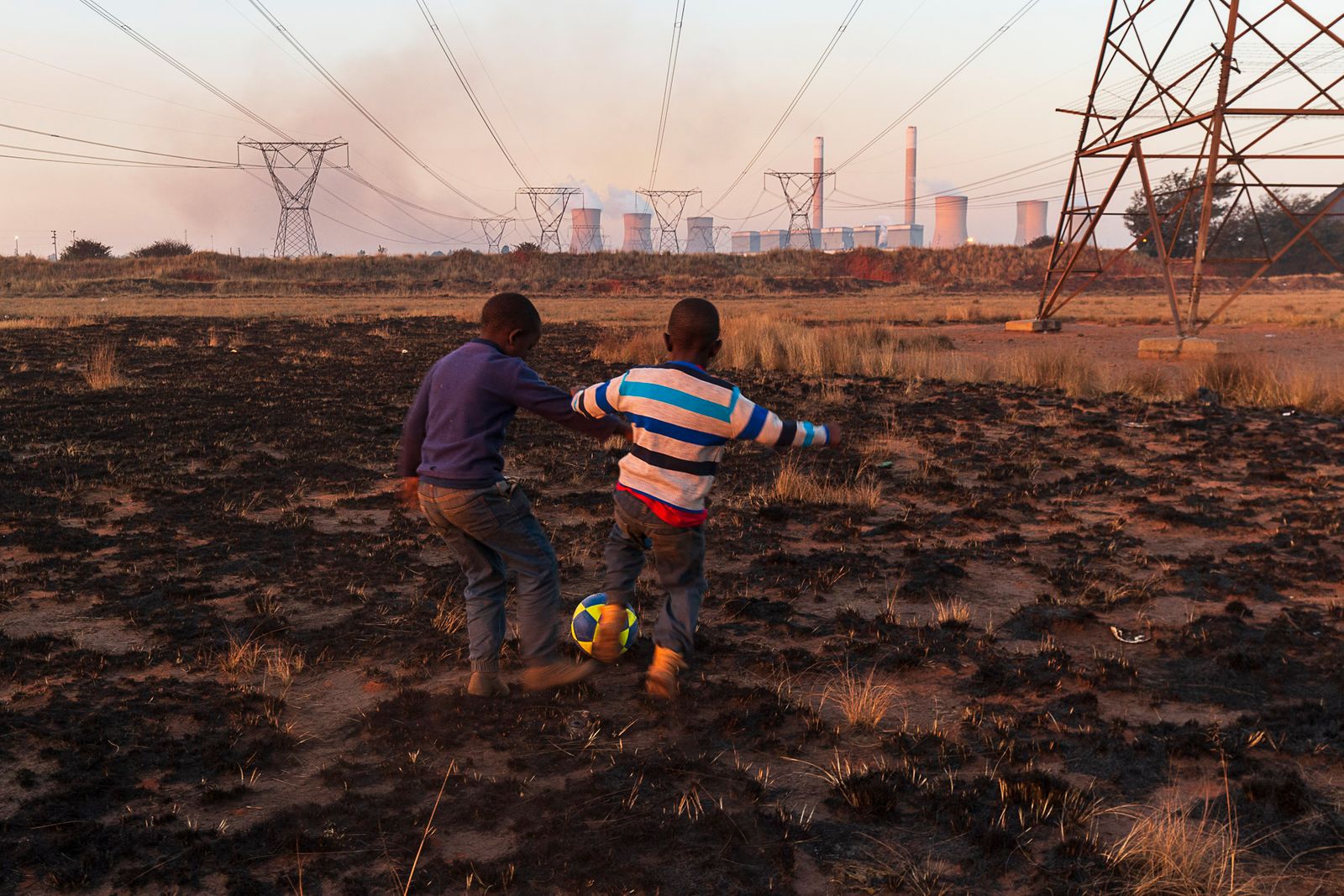 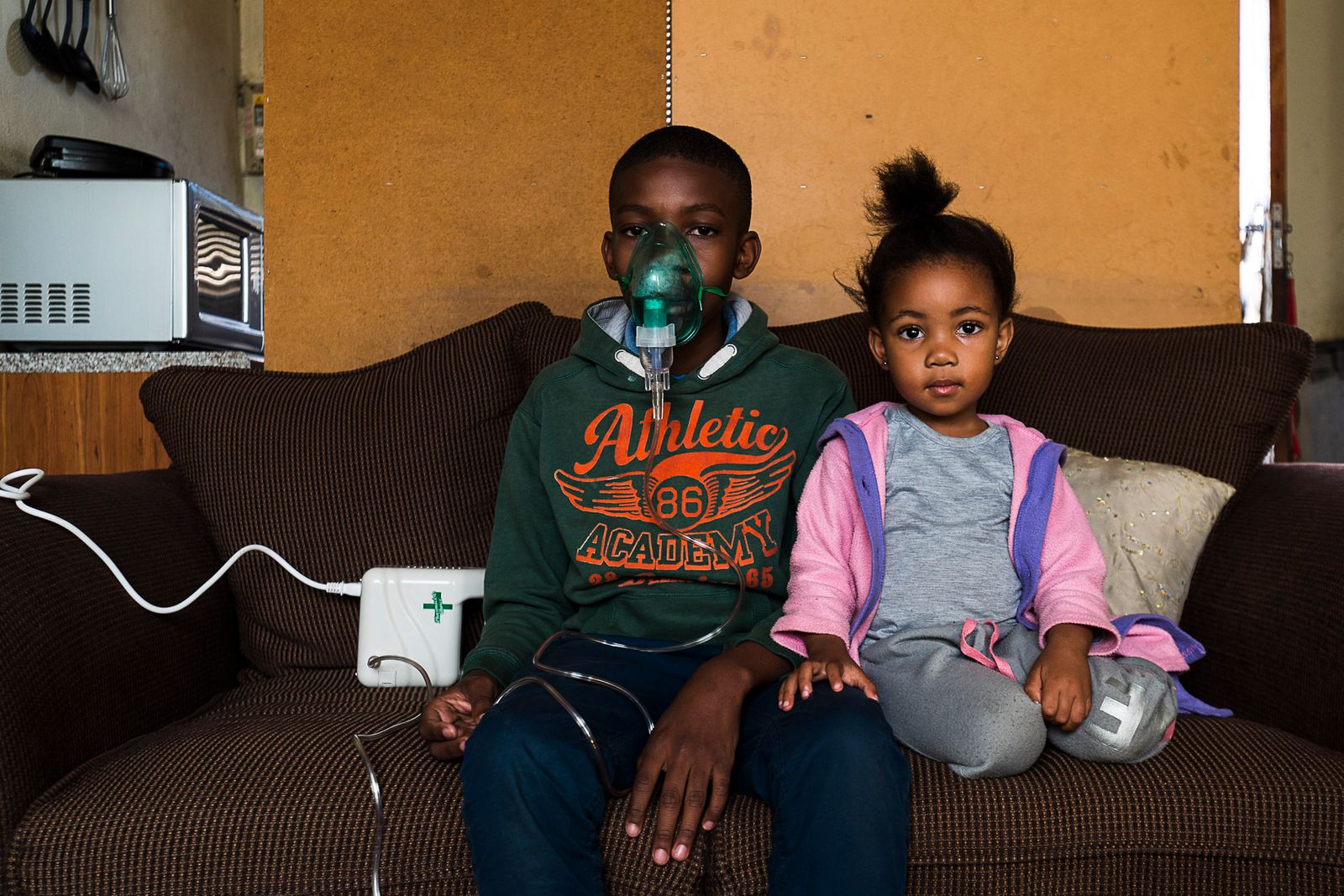 Shaun, 13, contracted bronchitis due to air pollution. He has to use an inhaler to breathe. 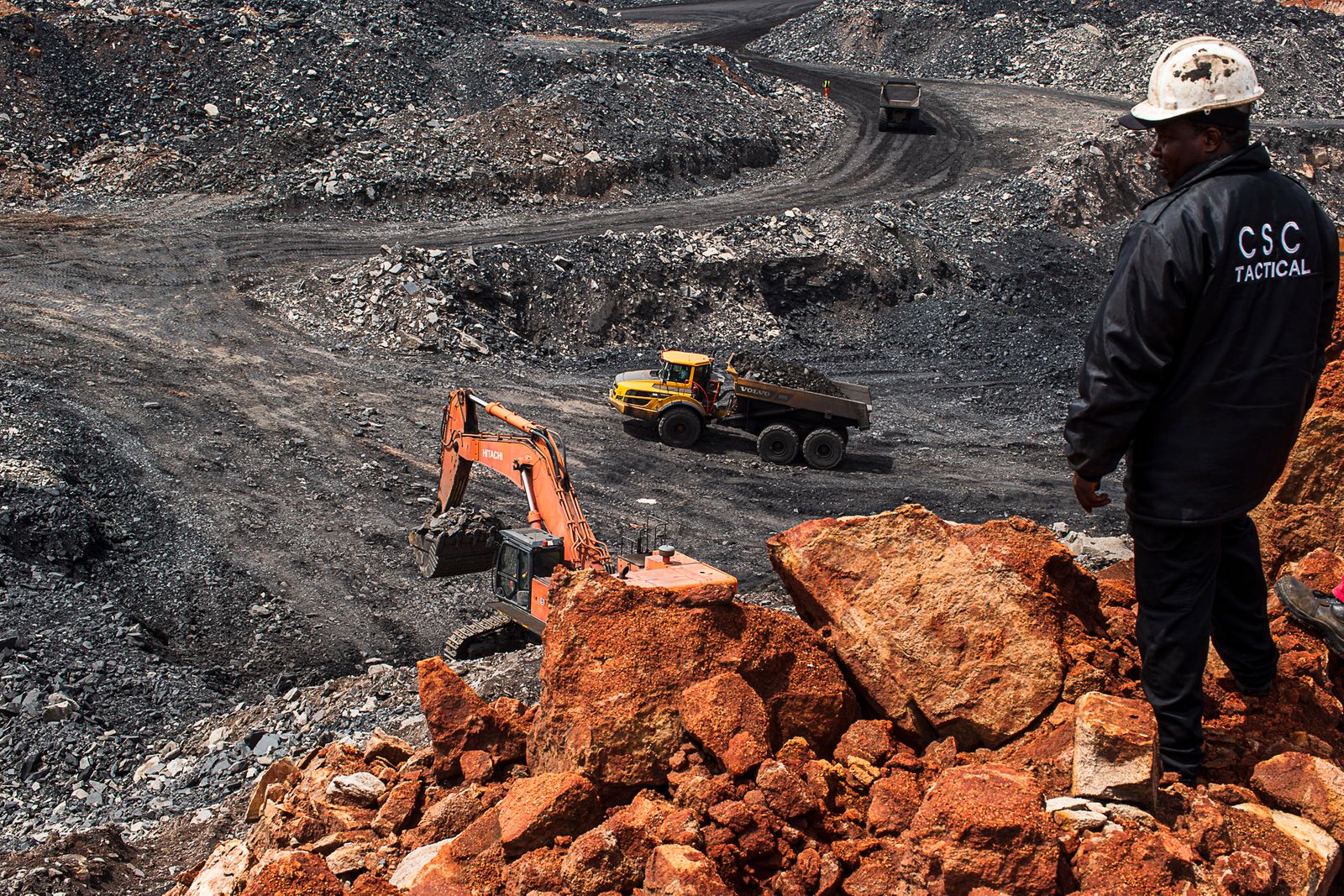 In Mpumalanga, there are hundreds of coal pits and illegal coal mines. 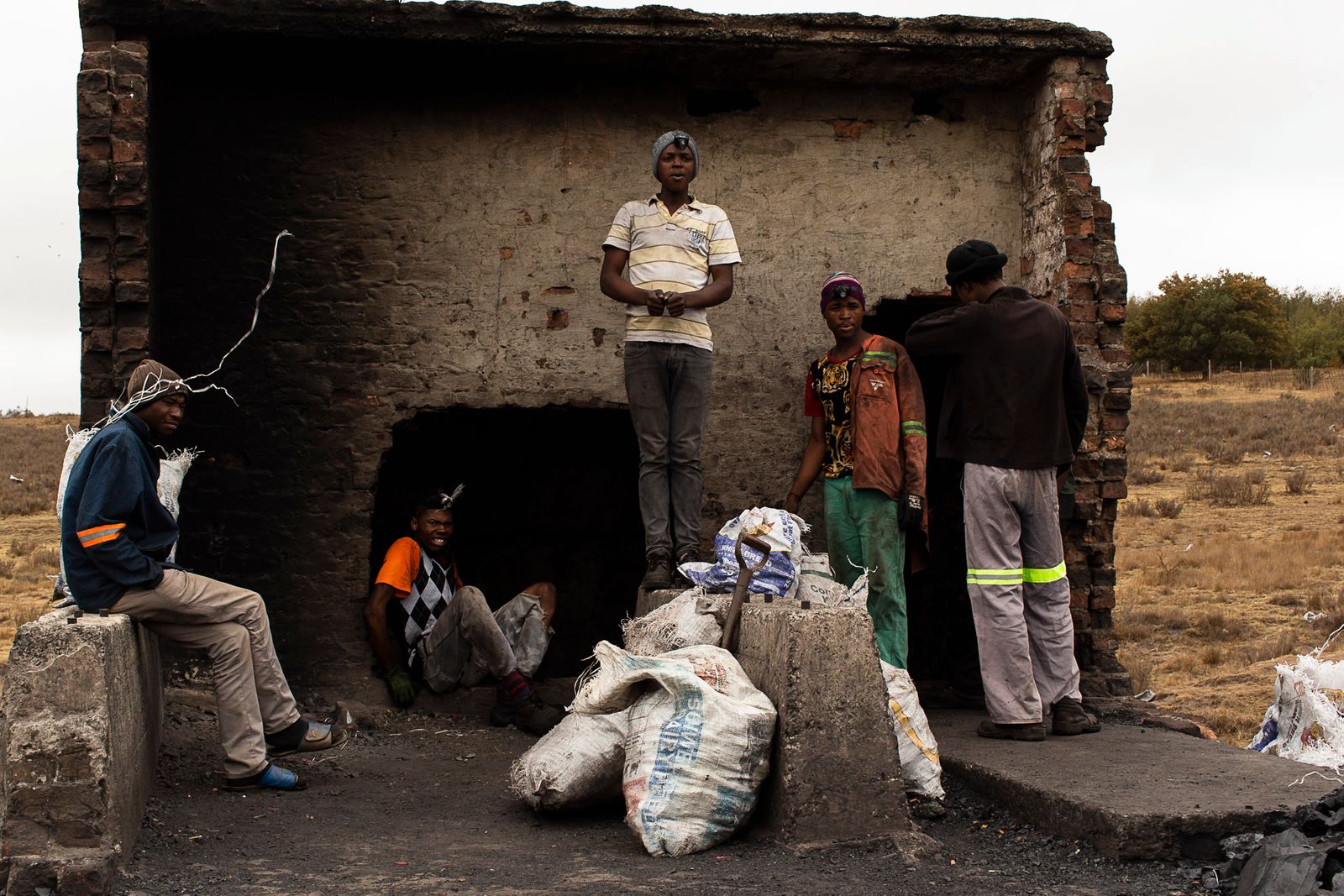 Miners are between 16 and 35 years old. For them, coal is often the only way to earn money. 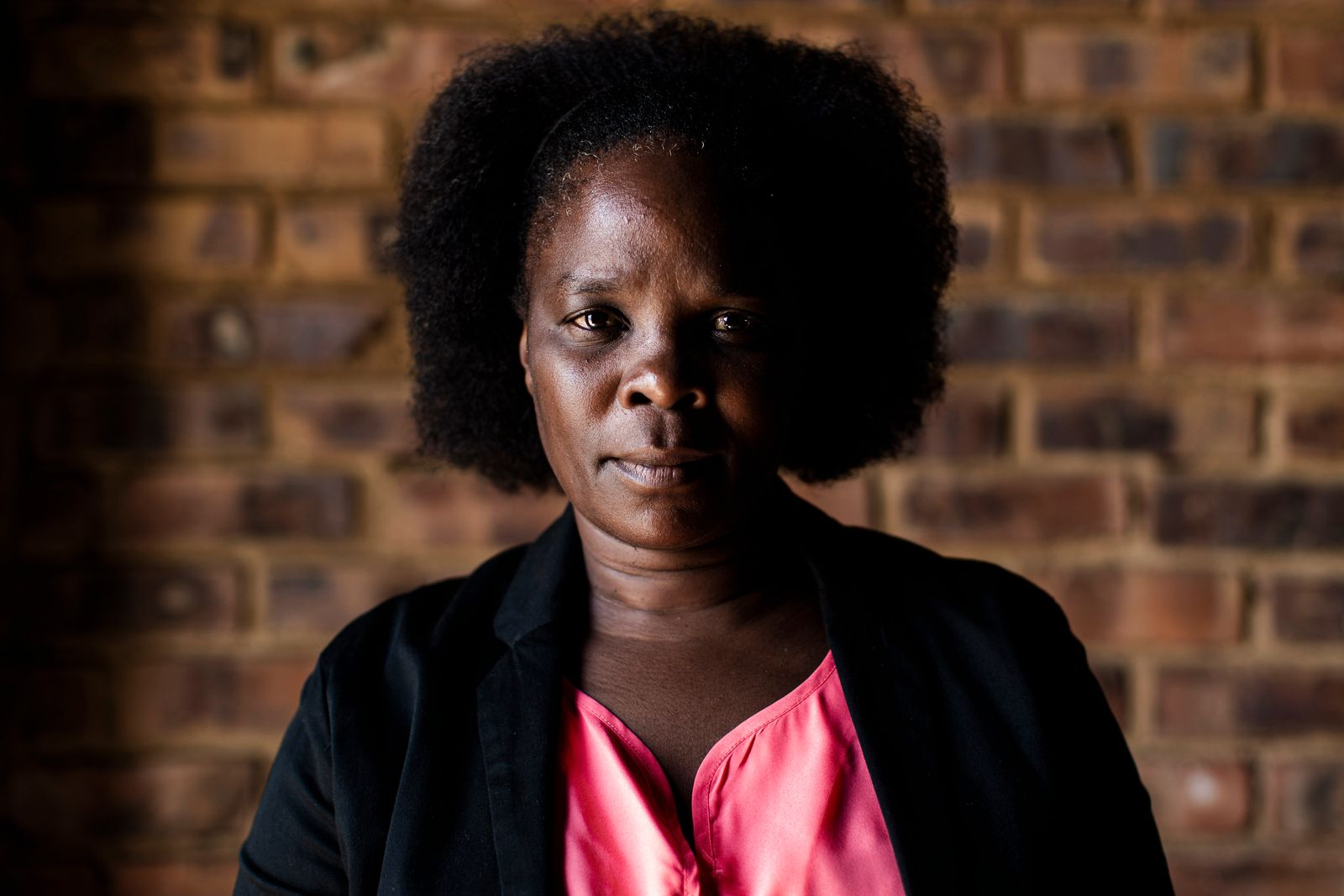 The activist Promise Mabilo is fighting for a cleaner and safer future. 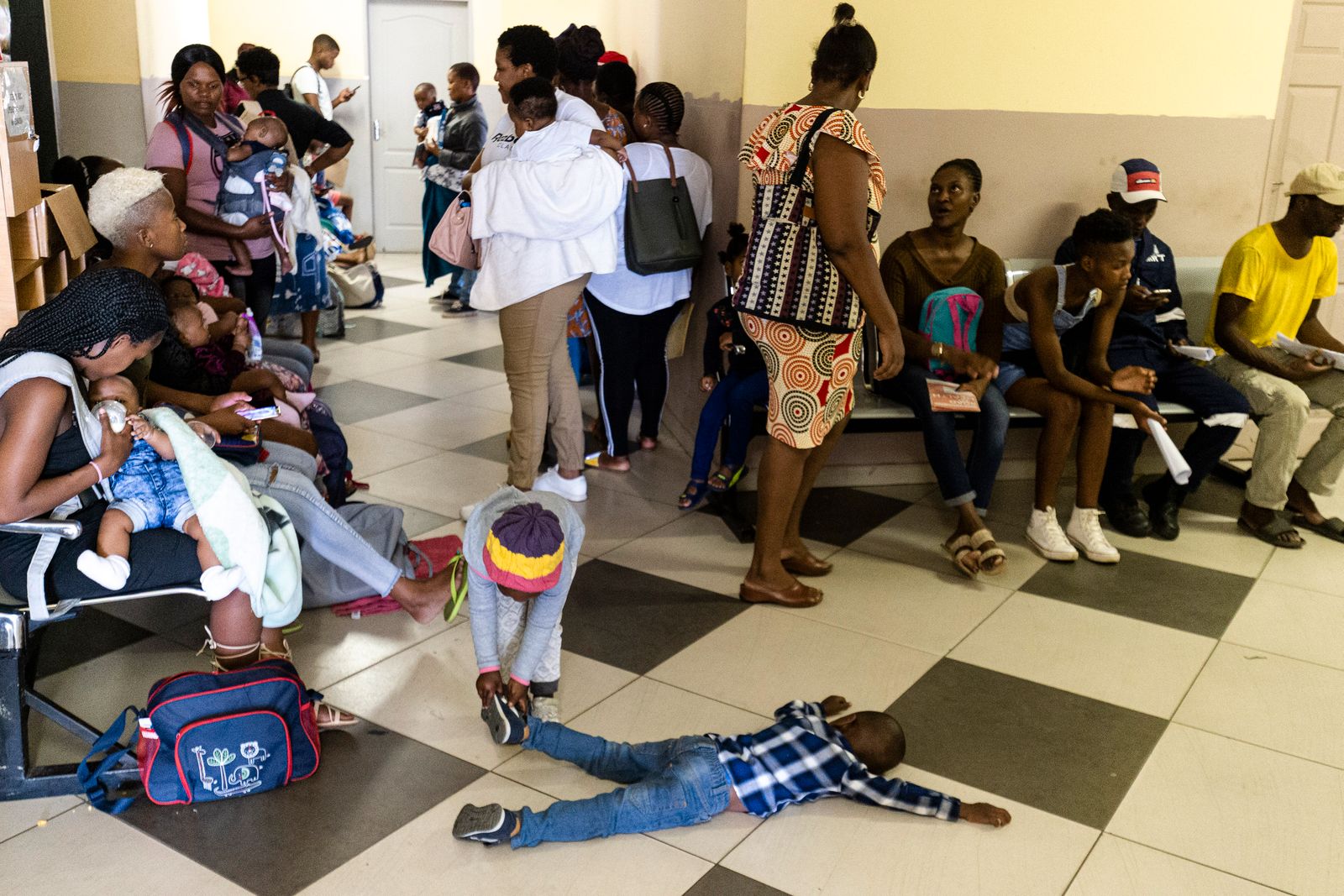 The district hospital is overburdened. Every day, countless people wait to be treated.