Colonel Moammar Gadhafi has evidently rediscovered his feeling for foreign reporters. Only a few days ago his thugs beat and tortured journalists from the BBC; now the dictator has granted interviews to European media, including France's Le Figaro and the German broadcaster RTL. "We're opening the doors for reporters, news organizations and investigative commissions," Gadhafi claimed in an interview with the Russian state-funded satellite news channel Russia Today.

The dictator's sudden openness has a method: While his troops prepare a final assault on the rebel stronghold of Benghazi, Gadhafi is hoping for a victory on the diplomatic front. He wants to split the international community. He wants to gain time before the UN Security Council -- for example -- decides on a military intervention. Time will let him secure his hold over Libya. His troops are now marching on Benghazi, the nation's second-largest city. He claims it is held by "bandits" and that ordinary people are "begging for help." In fact the upstart town may face bloody revenge as soon as his forces march in.

In the Russia Today interview, Gadhafi presents himself as a plucky counter-terrorist fighter. He faces "the same battle against armed bandits as Russia in Chechnya, or NATO in Afghanistan."

However, his most important message is strategic: Any nation seen to block a mandate for military intervention on the UN Security Council can hope for further oil deliveries from Libya, as well as lucrative business contracts with the desert state. "Forget the West, we won't send it any more oil," he told Russia Today. Instead he would favor "Russian, Chinese and Indian firms." Gadhafi had a similar message for the German broadcaster RTL. In an interview with journalist Antonia Rados, the old revolutionary leader praised the German government for its reticence on the matter of foreign intervention.

The UN Security Council meets Thursday in New York to decide on international action against Libya, but powerful members like China, Russia and Germany have balked. The US, along with France and Great Britain, have called for a swift attack to help the rebels. Forms of intervention include a no-fly zone for Gadhafi's own air force in Libya (to keep them from attacking protesters and rebels), if not a wholesale invasion by sea and land forces.

"A no-fly zone has inherent limitations in terms of protection of civilians at immediate risk," said the American ambassador to the UN, Susan Rice, on Wednesday. Secretary of State Hillary Clinton told reporters in Cairo that the US delegation in New York was working feverishly "to see whether we can get additional authorization for the international community to look at a broad range of actions - not just a no-fly zone, but other actions as well."

French Foreign Minister Alain Juppé begged for speed: "We have often seen in our contemporary history that the weakness of democracies leaves the field open to dictatorships," he wrote recently on his blog. "It is not too late to defy this rule."

The West, however, is anything but unified. "The dictator must go," German Foreign Minister Guido Westerwelle told his country's parliament on Wednesday. Gadhafi's "poisoned pleasantries" during his RTL interview didn't change the official line. Berlin has simultaneously expressed skepticism about a no-fly zone, though, at the Security Council, where it maintains a non-permanent seat. It's no secret that the German government wants nothing to do with a new Afghanistan-style commitment.

The Trouble With a Mandate

But concern has also grown in Washington that the US might mire itself in a third military adventure against a Muslim nation (after Afghanistan and Iraq). There are also doubts whether a US-led coalition could even muster the necessary troops and planes to launch a successful operation against Gadhafi at short notice.

Nevertheless, Washington would plainly like to see a joint operation with Libya's neighboring governments, and the foreign ministers of the Arab League said last week they would support the idea of a no-fly zone. According to French Foreign Minister Juppé, several Arab governments have declared their readiness to participate in any military intervention. And US Secretary of State Clinton says her government is in negotiations with Arab states over a no-fly zone and "other forms of support." In any case, Washington wants to win a mandate from the UN.

China and Russia, however, have veto power on the Security Council. In the past they have both tended to be favorable in their positions towards Gadhafi. They are also openly against intervention in the current crisis. Moscow values the dictator as one of its best customers for Russian-made weapons. In 2010 alone, Libya bought $1.8 billion worth, and Gadhafi's military relies on Soviet or Russian technology for 90 percent of its weapons systems. The Russian gas monopoly Gazprom also does business in Libya, and Moscow's state railroad company is even hoping to build a rail network there.

Russian President Dmitry Medvedev imposed a weapons embargo last week against Libya, after long consideration. For a while the Moscow government would also not commit to any position on a Libya resolution by the Security Council. Moscow's UN ambassador, Vitaly Churkin, wants to postpone a vote on the no-fly zone and call both sides of the conflict to the table for ceasefire talks. Medvedev has demanded close cooperation of the Arab states, and warns that any intervention by ground troops "would mean the start of a war."

Alexei Mukhin, a political scientist at the Moscow-based Center for Political Information, said, "There is evidently a conflict within the Russian government over how to deal with Gadhafi." The liberal wing, he says, wants to be rid of him, but their opponents take the position that Gadhafi at least guarantees a minimum of stability -- and a friendly business climate for Russian firms. "These circles want to strengthen Gadhafi," Mukhin says. "But I can't offer a prognosis on which of these two wings might wind up with the upper hand." 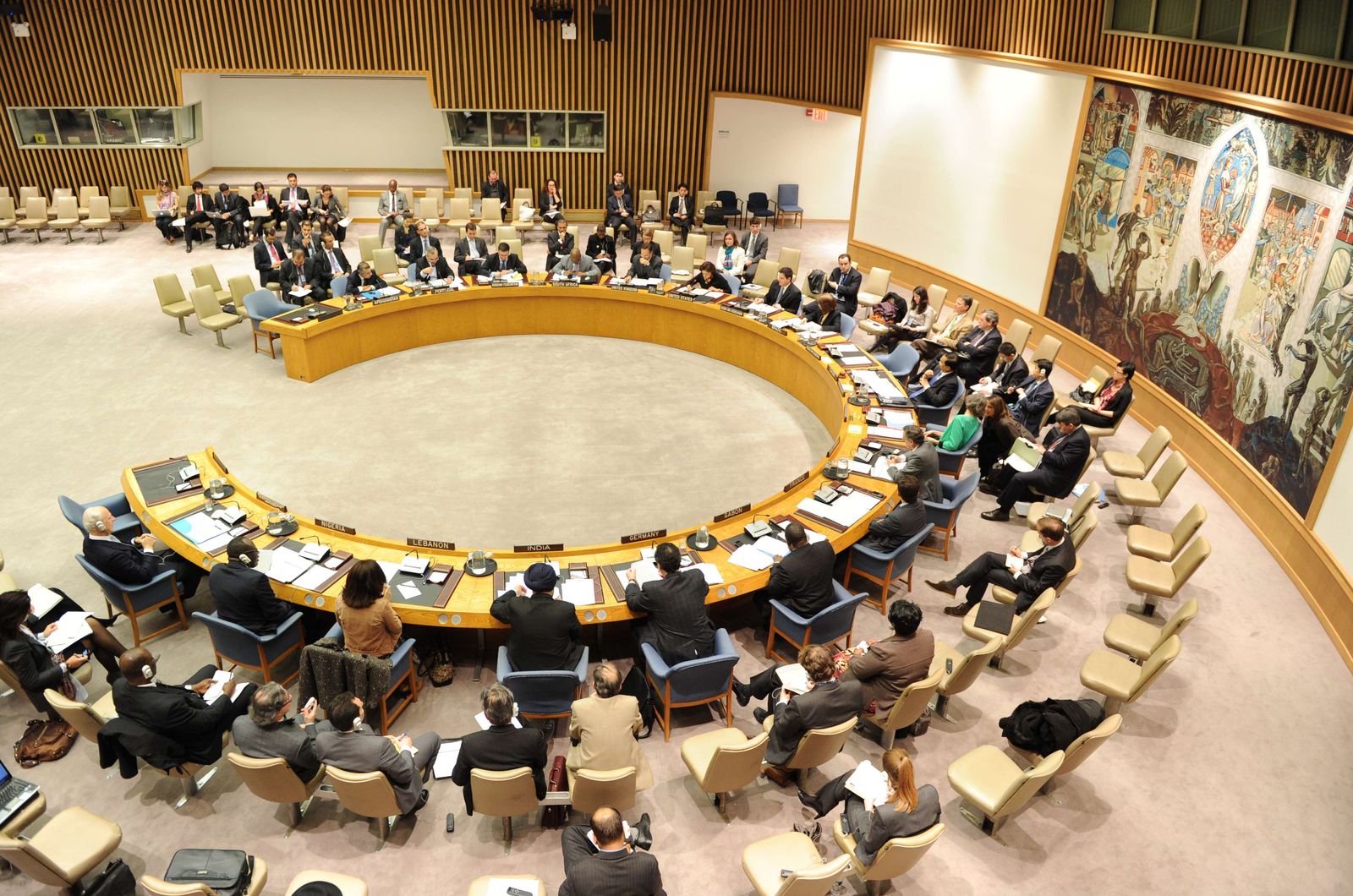 The United Nations Security Council meets Thursday in New York to decide on action against Libya.