The goal of Ronaldo's lawyer is to have the non-disclosure agreement between his client and the Portuguese soccer star declared null and void.

Editorial Note: This is an abridged version of the story in the current issue of DER SPIEGEL. The whole story can be accessed here on Spiegel+ .

It is a legal battle between two vastly unequal parties. On the one side is Cristiano Ronaldo, 33, a world-famous soccer player with success, money and popularity. On the other is Kathryn Mayorga, 34, an unknown college graduate from Las Vegas. Their paths crossed on June 12, 2009, in a nightclub and then later in apartment 57306 in the Palms Hotel, located in the American gambling capital.

As German newsmagazine DER SPIEGEL reported last year, Mayorga alleges that Ronaldo raped her in his penthouse apartment. The soccer star denies the accusations and claims it was consensual sex. Several months later, lawyers representing the two parties reached an out-of-court settlement between Mayorga and Ronaldo. As a result of the settlement, the athlete paid Mayorga $375,000. The American, for her part, signed a pledge to never speak of the accusations again.

Today, nine years later, Mayorga no longer feels bound by the non-disclosure agreement. In DER SPIEGEL, she speaks extensively about her reasons for now going public, talks about how she got to know Ronaldo, how he allegedly raped her, how the settlement came about and how she continues to suffer from the consequences of that June night in 2009. "I've had like these serious breakdowns. And again, blaming of the rape. And I blame him, and I blame myself for signing that thing." Mayorga has gone public, her new lawyer, Leslie Mark Stovall, is filing a civil complaint against Ronaldo.

Leslie Mark Stovall, a 65-year-old whose gray hair is pulled back in a pony tail, has been practicing law in Las Vegas for 30 years. He spent months examining the case. "Our claim seeks to have the settlement and non-disclosure agreement declared void," Stovall argues. "Kathryn was not competent to enter into the agreement because of the psychological injury she sustained from the sexual assault," he adds. "And that renders it voidable." Stovall alleges that Ronaldo's lawyers were well aware of the psychological state of his client. "They developed a strategy that took advantage of her emotional state," he says. Mayorga's condition was also discussed in emails exchanged between Ronaldo's lawyers.

Stovall arranged for Mayorga to undergo an examination in April of this year by a forensic psychologist. In his diagnosis, the psychologist concluded that she is suffering from post-traumatic stress disorder and clinical depression as a "direct and exclusive consequence of Mr. Ronaldo's sexual assault perpetration."

The night of the alleged rape began in the VIP area of Rain, a nightclub in Palms Casino Resort. Ronaldo was on vacation with his brother-in-law and cousin. It was the same summer that he transferred from Manchester United to Real Madrid for the then-record sum of 94 million euros. Kathryn Mayorga was out with a friend, she told DER SPIEGEL, when someone suddenly grabbed her by the arm. It was Ronaldo. "He just came up to me ... grabbed my arm, and he was like: 'You! Come with me!'"

Ronaldo laughed at her, she says, because she didn't immediately want to join him. Then he got her a drink, she says, and introduced her to his entourage. They chatted for a bit and then she says he asked for her telephone number. "I gave him my number and he just left.... And I was like, 'OK, cool.'"

Later, she says she received a text message from Ronaldo. Mayorga and her friend met Ronaldo and his entourage in the lobby of the Palms, she says, before going up to Ronaldo's apartment together. Some of them jumped into the Jacuzzi while Ronaldo offered her shorts to put on for the whirlpool, Mayorga says.

She says she went into the bathroom, just off one of the bedrooms, to change. At the moment when she was standing there only in her shorts, Ronaldo came in, his penis hanging out of his shorts. "Basically he ... he begged me to touch his penis for 30 seconds," she says. "When I wouldn't touch it, he begged me to suck it. Like, what an idiot! (...) I was laughing at him because I thought, 'Is this a joke?' This guy that is so famous and so hot ... he's a frickin' loser and a creep."

But Ronaldo allegedly wouldn't be put off. "He was like, 'I'll let you go if you give me a kiss.' I said, 'OK, I'll kiss you but I'm not going to touch your nasty penis.'" Mayorga insists that she only kissed him and didn't touch him otherwise. And she says that the kiss only turned him on more. "He starts to come on to me very strong. And he starts to do stuff to me and touch me and grab me and go down on me." She says, she pushed him away and again told him no.

The next day, Mayorga called the police and was examined at the University Medical Center. The case received a case number that would later be referenced in the settlement between Mayorga and Ronaldo. But Mayorga did not initially tell the police who raped her. She consulted with a lawyer who advised her not to go public. But Mayorga didn't want to just sit back and do nothing, either. "I wanted to teach him a lesson. I wanted him to deal with it, to have to face me," she says. And to pay for her treatment. "I'm not going to pay for my goddamn treatment," she says, describing her thinking at the time. "He raped me. He's going to pay for my goddamn treatment!"

According to documents that the whistleblowing platform Football Leaks has made available to DER SPIEGEL, Mayorga's lawyer at the time contacted one of Ronaldo's lawyers in July 2009. In the next several months, an entire legal team was assembled to deal with the rape accusations. A list of hundreds of questions was sent to Ronaldo, to his brother-in-law and to his cousin. Ronaldo is identified in the document as "X" and Mayorga as "Ms. C". 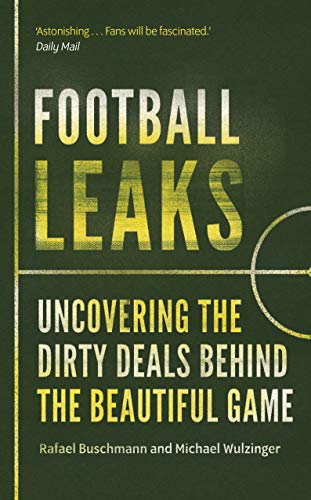 There are a number of versions of the questionnaire. The questions remain more or less consistent on all of them, but the answers do not. In one version, Ronaldo speaks of consensual sex and says there had been no indication that she wasn't OK with it during sex nor did she seem to be doing poorly afterward.

But there is another, much earlier version. It is the document that could have serious consequences for Ronaldo. It was sent via email in September 2009. The sender was a lawyer from the firm of Carlos Osório de Castro, a lawyer who has long represented the soccer star[CH1] . The recipients were Osório de Castro himself and an additional colleague. In response to the question of whether Ms. C had ever raised her voice, screamed or called out, X answered according to the document: "She said no and stop several times." And furthermore: "I fucked her from the side. She made herself available. She was lying on her side, in bed, and I entered her from behind. It was rude. We didn't change position. 5/7 minutes. She said that she didn't want to, but she made herself available." And further: "But she kept saying 'no.' 'Don't do it.' 'I'm not like the others.' I apologized afterwards." The document quotes him as saying that she never screamed and never called out for anyone.

"[NN2] Question: Did Ms. C. say anything afterwards about the sex being too brutal? X: She didn't complain about it being brutal. She complained that I forced her. She didn't say anything about wanting to go to the police."

In the answers to the list of questions, Ronaldo confirms several aspects of Mayorga's version: She said no several times. And he apologized afterwards. One area in which their stories contradict is whether Mayorga pleasured Ronaldo with her hand. He says she did, she says she didn't. Ronaldo says they engaged in foreplay in the bathroom. He also portrays their encounter beforehand in the club differently: He says the women had asked to be let into the VIP section and had had a few drinks. He also says they didn't exchange numbers, but that he invited the women to his hotel straightaway. Mayorga, according to some of Ronaldo's companions, didn't appear disturbed in any way when she later emerged from the room.

Ronaldo's testimony to his lawyers is a crucial piece of evidence for Mayorga's new lawyer Stovall. As for the out-of-court settlement, Stovall says "those documents are evidence of a criminal conspiracy to conceal and obstruct the prosecution of that sexual assault." He goes on: "It is absolutely legal to defend yourself. It is absolutely appropriate for a person who has committed a crime to hire investigators and lawyers to go out and do the best they can to defend that individual. But there is a line. And the line is: Those individuals cannot obstruct justice. They cannot obstruct the process of investigating a crime and the prosecution of a crime. When you cross over from defending a criminal to obstructing, concealing criminal activity for the benefit of your client, that in and of itself is a crime! And that's what has occurred in this case. In my opinion."

Filing a complaint against Ronaldo's lawyers, Stovall says, would have a lasting effect. "I don't know if these lawyers would be willing to do this if they were at risk of criminal prosecution."

Mayorga has quit her job [CH3] and has gone underground indefinitely at an undisclosed location. She wants to be unreachable.

Cristiano Ronaldo has also been unreachable. Over the past year and a half, DER SPIEGEL has given him several opportunities to share his version of what happened back in 2009. In addition to emails confronting him with the results of our research, DER SPIEGEL has also asked him many times for in-person interviews. All of these attempts have been rejected. Any reporting on this subject is unlawful, is all Ronaldo's lawyers have said.

In the past several weeks, the police have spoken with Kathryn Mayorga on several occasions and questioned her again. The Nevada criminal code includes the following statute: If a sexual assault has been documented by the police in time, it will never fall under the statute of limitations.