Turkey is in a state of shock. In the early morning hours of Wednesday, militants with the Kurdistan Workers' Party (PKK) launched an attack resulting in the death of more than 20 Turkish soldiers and police. The coordinated attack was the deadliest since 1992 and targeted nine military camps at points near the border with Iraq. The most casualties were reported at Cukurca*, where 18 soldiers died.

News of the attacks has put the entire government leadership in Ankara on emergency footing. Several meetings have been cancelled, with Prime Minister Recep Tayyip Erdogan calling off a planned visit to Kazakhstan, Foreign Minister Ahmet Davutoglu skipping his scheduled flight to Belgrade, and Finance Minister Mehmet Simsek cancelling an appearance in Washington. General Necdet Özel, the head of the Turkish military, took an immediate morning flight directly to the site of the attacks.

In the wake of the violence, a crisis meeting was immediately called in the prime minister's office, at the conclusion of which Erdogan announced a far-reaching offensive aimed at pursuing the PKK fighters. Already, he said, some 600 Turkish soldiers have been sent into Northern Iraq, where the militants are based.

According to the Turkish military, some 18 PKK fighters have been killed in the course of the day. In addition, the Turkish air force has bombed PKK camps in the Kandil Mountains, some 100 kilometers from the border. Turkey had been planning an operation in the Kurdish region of northern Iraq since August; just last week, the parliament in Ankara passed a law granting the government the powers necessary to order such an operation.

The PKK attacks, said Erdogan, would not divert Turkey from the path of more democracy and prosperity. "The Turkish republic will fight terrorists and their supporters to the end. The perpetrators of last night's attack will be pursued and they will pay." Erdogan also hinted at his conviction that the PKK may have had support. There are powers, he said, who want to stop the peace process between Turks and Kurds to prevent Turkey from becoming a regional power. "That won't succeed," he said, declining to indicate exactly what powers he was referring to.

In his first public statements after the attack, President Abdullah Gül said, "No one should forget this: those that inflict this pain on us will endure far greater pain; those that think they will weaken our state with these attacks or think they will bring our state into line, they will see that the revenge for these attacks will be very great and they will endure it many times over." Gül had visited the border region between Turkey and Iraq just a few days ago.

The attacks came a day after a bomb in the predominantly Kurdish region of southeast Turkey left eight dead, including five police officers and a family of three. The family, which included a three-year-old child, died when the police vehicle they were following exploded.

Wednesday's PKK attacks mark the apex in a series of attacks that began in the second half of July, when PKK leaders ended an almost year-long ceasefire. Since then, there have been repeated attacks, including a major bomb attack in downtown Ankara in August that left three dead and 15 wounded.

The government responded to that attack with a wave of repression. Officials arrested hundreds of real and suspected PKK sympathizers, including several elected municipal officials of the Kurdish Peace and Democracy Party (BDP), a legal political party that managed to win 36 seats in the Turkish parliament in June elections. On October 1, after a boycott lasting months, the BDP representatives took their places in parliament in Ankara because a commission was scheduled to begin work this week on a new Turkish constitution. On Tuesday, the BDP's parliamentary group submitted a bill in parliament calling for the interior minister to step down for having allegedly transformed Turkey "into a police state."

The BDP on Wednesday was unusually adamant in distancing itself from the PKK attacks. "We say stop. These attacks are breaking our hearts," the party said in a statement in Ankara.

There can, for the moment, be no thought to pursuing a political solution to the conflict. Nevertheless, most political observers in Turkey assume that, once the current fighting has ended, both sides must sooner or later return to the negotiating table.

"Nobody can win this conflict militarily," says Saruhan Oluc, a left-wing Turkish politician who belongs to a bloc of smaller left-wing parties, including the BPD. "Since everyone involved knows that, the current PKK attacks are also something akin to psychological warfare."

However, those less optimistic in Turkey believe the PKK attacks are aimed at triggering a civil war which, Kurdish militants hope, would ultimately lead to a splitting off of the predominantly Kurdish regions.

* Correction: An earlier version of this story indicated that the attack took place in Cukurova, a region in Turkey far to the west of where the assault actually happened. We apologize for the error. 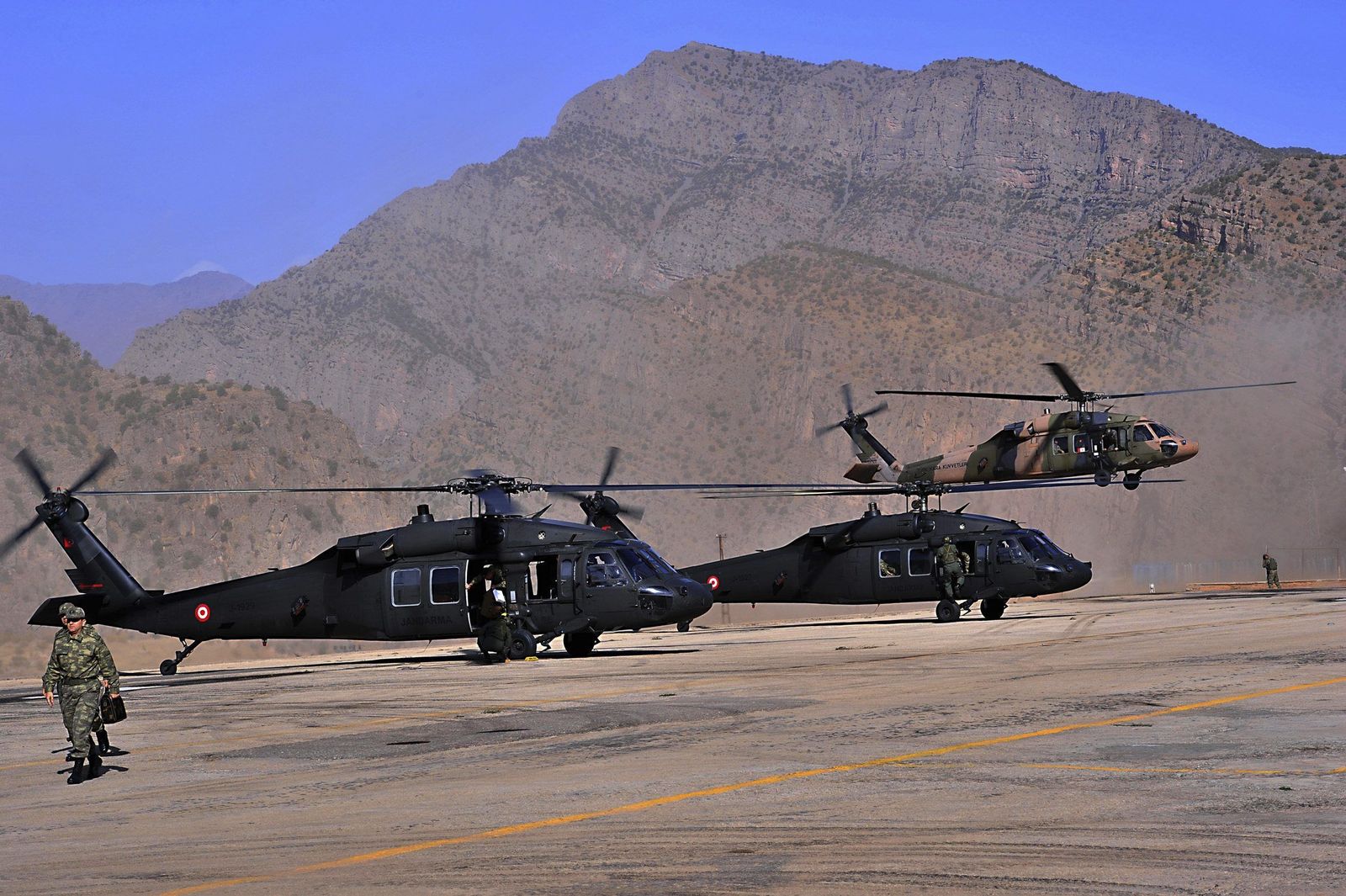