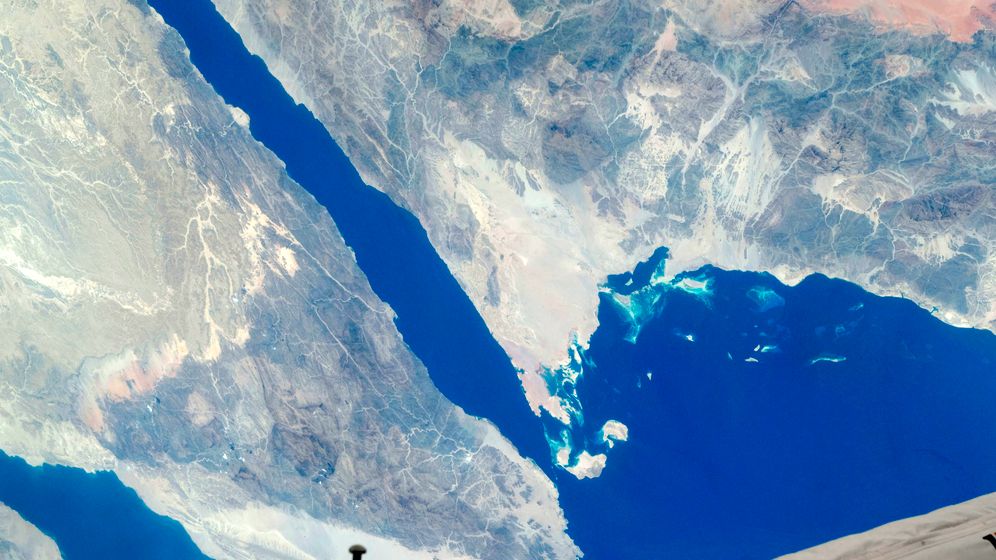 Egypt and Saudi Arabia hope to construct a giant bridge spanning the Gulf of Aqaba for road and rail traffic. Officials at Egypt's Ministry of Transportation have confirmed to SPIEGEL that the project, under discussion since 1988, has finally been approved. Egyptian Prime Minister Essam Sharaf has reportedly put General Abdul Aziz, the chairman of the Arab Road Association, in charge of overseeing the project's implementation.

The Gulf of Aqaba runs along the eastern edge of the Sinai Peninsula. Plans call for the 32-kilometer (20-mile) bridge to cross the narrow Strait of Tiran from Ras Nasrani, near the Egyptian resort of Sharm el-Sheikh, to Ras Hamid in northwestern Saudi Arabia. Parts of the bridge would be suspended.

A Boon to Travel and Trade

For the Arabs, the massive construction project would be a triumph. For the first time since 1948, when the modern state of Israel was founded, Arab states in North Africa would have a direct road link with fellow Arab states in the Middle East without having to cross Israeli territory. It would also reduce dependence on sometimes perilous ferry crossings over the Red Sea and Arab ports on the Mediterranean.

Planners believe that tolls paid by millions of Muslim pilgrims on their way to holy sites in Saudi Arabia could make up for the roughly $5 billion (€3.6) the bridge is expected to cost. They also believe the bridge will significantly increase the number of pilgrims.

A spokesman for the Saudi government simply said: "We won't let anyone discourage us from our construction plans. The Strait of Tiran lies in international waters." This area of the Red Sea is highly important to Israel and Jordan as it provides them with access to the Indian Ocean.