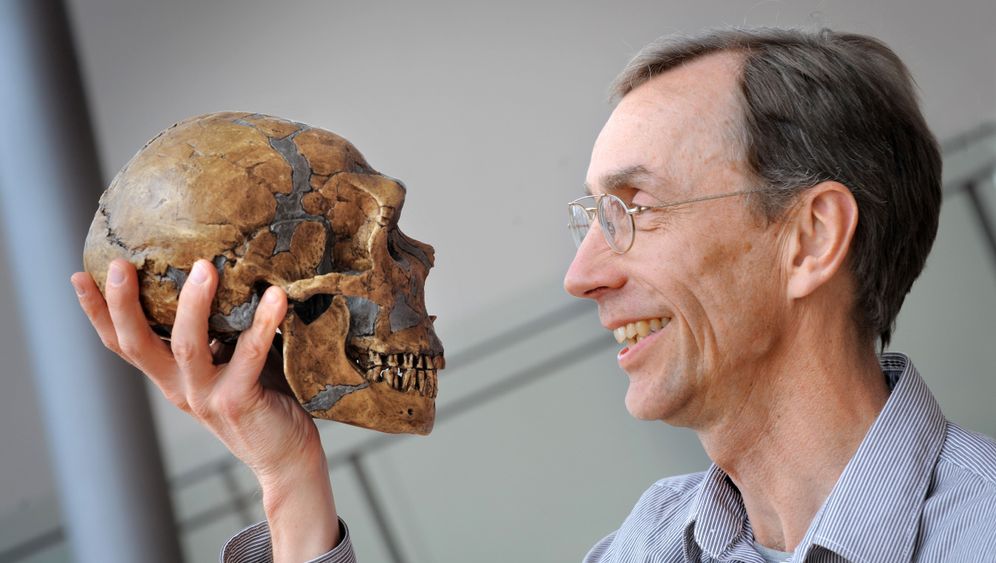 Photo Gallery: A Bit of Neanderthal in All of Us

An international team led by scientists based at the Max Planck Institute for Evolutionary Anthropology in Leipzig have successfully sequenced the Neanderthal genome, the first time the genetic code of an extinct human relative has been decoded.

By comparing the Neanderthal genome to modern human genes, the researchers say, it's possible to isolate the parts of our genetic code that makes humans human -- and tell once and for all whether humans and Neanderthals may once have mated. "Having a first version of the Neanderthal genome fulfils a long-standing dream," Max Planck Institute for Evolutionary Anthropology Director Svante Pääbo said in an announcement. "For the first time now we can identify genetic features that set us apart from all other organisms, including our closest evolutionary relatives."

Neanderthals were a hominid species closely related to humans that went extinct more than 20,000 years ago. They are named after a valley near Düsseldorf called Neandertal where their remains were first identified in 1856. Neanderthal remains have been found from Russia to Britain, and scientists think that Neanderthals lived in Europe for hundreds of thousands of years before modern humans arrived.

The announcement comes after more than four years of research. The painstaking process began with samples from three bones found in a Croatian cave in the 1980s. Using dentist drills to take a sample the size of a pill from the center of the 38,000-year-old bone fragments, the team then ground the bone to powder and treated it with chemicals to release the surviving fragments of DNA.

By taking small fragments of DNA and multiplying them millions of times, then using a computer to sift and sort the results, the Leipzig team successfully sequenced almost 65 percent of the Neanderthal's genome. Including stretches where the strands were duplicated, that makes for over 3 billion base pairs, the so-called "building blocks" of our genetic code. Though a partial analysis was announced last year, Thursday's results are the first time enough of the genome has been analyzed to make meaningful comparisons to modern human DNA.

According to Adrian Briggs, a researcher at the Max Planck and a co-author of the paper, the sequencing techniques used to analyze the Neanderthal genome represent a huge leap beyond what was used a decade ago to capture the first human genome. Improvements in computing power and new technologies that let scientists process thousands of gene fragments at a time have made possible huge strides in ancient DNA analysis.

"In 2001, the human genome took 10 years and hundreds of millions of dollars to sequence, and no one ever thought it would be done again," Briggs told SPIEGEL ONLINE. "In 2005, we could do it 1,000 times faster for the same price. Fast forward to today, and we've maybe advanced by another factor of 1,000." The team is working to isolate the last 35 percent of the genome.

Comparing the Neanderthal genome to human genes show a lot of similarities -- and a few revealing differences. "Humans and Neandertals are 99.5 percent identical," Briggs says. But in 212 regions along the DNA strand, there are noticeable differences. Comparing the genomes can be used as guides to human evolution since the two species split off 300,000 years ago.

Some of the differences between the two genomes were found in areas of the gene that are known to affect mental activity, including three genes that are connected with Down syndrome and autism in modern humans. Other genes where variations were found impact the development of the skeleton and metabolism. Though far more research is needed, the findings suggest modern humans evolved different mental and physical capabilities in the last few hundred thousand years.

Pääbo and his co-authors argue that those characteristics probably have something to do with humanity's eventual success. "By comparing the Neanderthal genome to modern humans, we found evidence that some time after the population split off there was adaptive evolution or positive selection on these genes," Briggs says.

Eske Willerslev, an ancient DNA researcher at the University of Copenhagen, says the results are impressive given the poor quality of the DNA extracted from the 38,000-year-old bones. "That puts severe limitations on what you can use it for, and on the interpretations because the coverage is so bad," Willerslev told SPIEGEL ONLINE. "With the data they have in hand, they're doing a really good job."

The finding also goes a long way to resolving a question that has plagued scientists for decades: Did humans and Neanderthals have sex with each other? "There's been a lot of interest in how Neanderthals and modern humans are related, or whether there was interbreeding when modern humans came out of Africa and spread around the world," Briggs says.

A Blow to Racists

Though Neanderthals and modern humans last shared a common ancestor more than 300,000 years ago, the fact that Neanderthals have more in common with modern humans from outside of Africa suggests that when modern humans migrated north into Europe and Asia between 50,000 and 100,000 years ago they encountered, and mated with, Neanderthals along the way -- probably in the Middle East, before humans spread east into Asia and north into Europe. "Those of us who live outside Africa carry a little Neanderthal DNA in us," Pääbo says. The study estimates that between 1 and 4 percent of non-African DNA is inherited from these long-ago liaisons with our Neanderthal cousins.

"To me this is the most interesting result," says Willerslev. "This is not only showing the Neanderthals and our ancestors had something to do with each other sexually, but that we have to look at the genome scale level to see it." Willerslev also notes that the results could be a blow to racists everywhere, since the study shows Africans are "the only pure modern humans."

Zurück zum Artikel
15 Bilder Photo Gallery: A Bit of Neanderthal in All of Us