The images projected on the wall of the conference hall were familiar shots of Egyptian protesters, with youthful faces juxtaposed by the harsh countenances of dark-clad security forces. But for once this wasn't a discussion about the causes of the Arab Spring or the revolutionary potential of the Internet. Instead, it was a conference on solar power: more specifically Desertec, the hugely ambitious energy initiative that hopes to exploit the Saharan sun to produce abundant clean solar power.

Desertec may have been labeled the energy megaproject of the 21st century, but some critics argue that the Arab Spring unrest will put an end to dreams of desert solar energy. But at a major conference on Desertec and the uprisings in the Arab world held this week in Berlin, experts expressed optimism about the revolutions' impact on the project's future. Many see the recent push for democracy as a step towards the stability necessary to establish projects like Desertec in the region.

"Many critics are saying that the Desertec project is dead because of the unrest in the region. But I would say the exact opposite is true," Kirsten Westphal, an energy expert at the German Institute for International and Security Affairs (SWP), told SPIEGEL ONLINE. She argues that a pro-democracy movement can open up opportunities and lay the foundations for long-term economic development.

The Desertec project first got energy experts and the public buzzing back in 2009, when the plans were announced. The grand -- some would say grandiose -- idea is to construct a network of concentrating solar-thermal power systems in North African deserts to produce green electricity that can be used at the local level -- and ultimately exported to European countries. 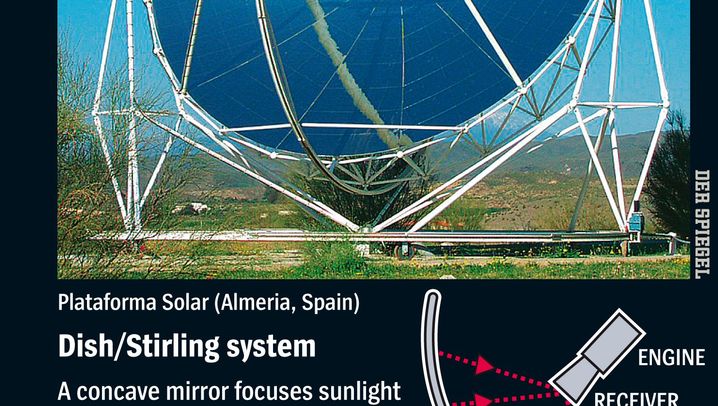 Proponents of the project argue that the amount of solar energy falling on the Sahara is so enormous that plants covering 90,000 square kilometers of the desert -- a tiny fraction of its total area of 9 million square kilometers -- could meet the energy needs of the entire world. Desertec hopes that the project will cover a significant amount of North African and Middle Eastern electricity demand by 2050, as well as providing at least 15 percent of Europe's electricity.

The project, which is expected to cost around €400 billion ($566 billion) and which is still at the planning stage, is being pushed forward by the nonprofit Desertec Foundation together with the Desertec Industrial Initiative (DII). The latter is an industrial consortium that includes such major German players as Deutsche Bank, Siemens, E.on and Munich Re. It aims to create the "legal, regulatory, economic and technical framework" that will allow the Desertec vision to become reality.

The DII plan has been met with enthusiasm by some, including German Chancellor Angela Merkel. But others have derided the project as unrealistic, arguing that it is too expensive or too challenging technically. Others point out the political problems associated with carrying out a huge multinational project in such an unstable part of the world.

Indeed, participants in the Berlin conference argued that, given the current upheaval in the region, a certain level of stability is needed before Desertec can act on its plans. "I cannot put 1,000 men on duty to guard every solar panel," said Abdelaziz Bennouna, formerly of the National Center for Science and Technology in Morocco. "Social peace is a must."

Unrest in the region also has the drawback of scaring off investors, points out Greenpeace Germany's Andree Böhling. Nevertheless, Böhling believes that democratization is still a step in the right direction, both for the people of the region and for Desertec.

But does democracy need to be established in the region before Desertec even stands a chance of success? No, says the SWP's Kirsten Westphal: "Socioeconomic development and the development of democracy go hand-in-hand." Projects such as Desertec promote the kind of economic development that is an essential prerequisite for consolidating democratic structures in a country, the researcher argues.

'White Elephant in the Desert'

Despite the general optimism regarding the Arab Spring's impact on Desertec's future, other issues serve as a reminder that Desertec and DII still have a great deal of work to do before setting up shop in the Sahara. European-driven investment in North African energy resources inevitably brings up accusations of neocolonialism. And after fighting for democracy, it's uncertain whether young people in countries like Egypt will be keen to let European companies get their hands on local resources.

"It's a white elephant in the desert," said Marc Jedliczka, the general director of Hespul, a French nonprofit devoted to renewable energy and energy efficiency. He argued that a European-initiated project that intends to harvest -- and eventually export -- African energy resources is deeply problematic.

Desertec representatives are quick to counter any accusations of a neocolonialist agenda. They emphasize that the project first plans to secure solar power for the people of North Africa before exporting the energy to Europe or elsewhere. But many share Jedliczka's concerns.

Kirsten Westphal of the SWP feels that it is essential to have an open discussion on the issue of neo-colonialism. "The common opinion coming out of (the Middle East and North Africa) is that Desertec has a hidden agenda rather than producing a win-win situation," she says. Greenpeace's Andree Böhling also pointed to the need to confront fears of neocolonial motives head-on, through open dialogue.

The Desertec conference held in Berlin this week was intended to initiate exactly that kind of public dialogue and promote transparency. What is perhaps more important is carrying on that discussion in the countries of North Africa. With that in mind, DII plans to hold a conference in Cairo at the beginning of November, with heavyweight speakers such as former German Environment Minister Klaus Töpfer and the European Union's energy commissioner, Günther Oettinger.

Desertec is hoping that public forums like these can help to convince skeptics that its motives are honorable. Until the project takes concrete shape, however, doubts are likely to remain. "Desert Power for the People" was the title of the Berlin event. But it's perhaps understandable if stakeholders in North Africa and the Middle East find themselves asking the question: Which people? 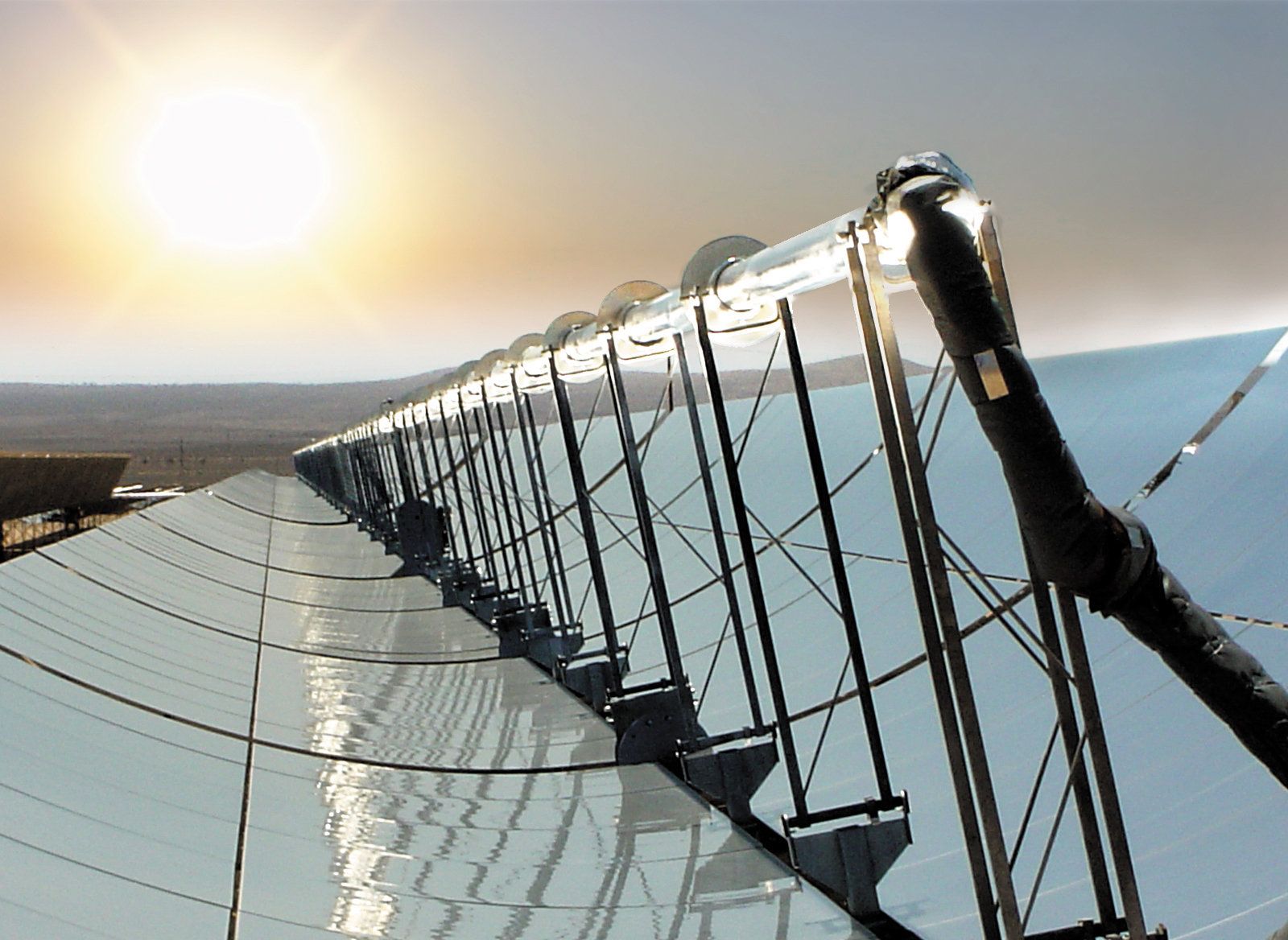 A solar plant near Las Vegas. The Arab Spring has raised questions about the future of the Desertec project.