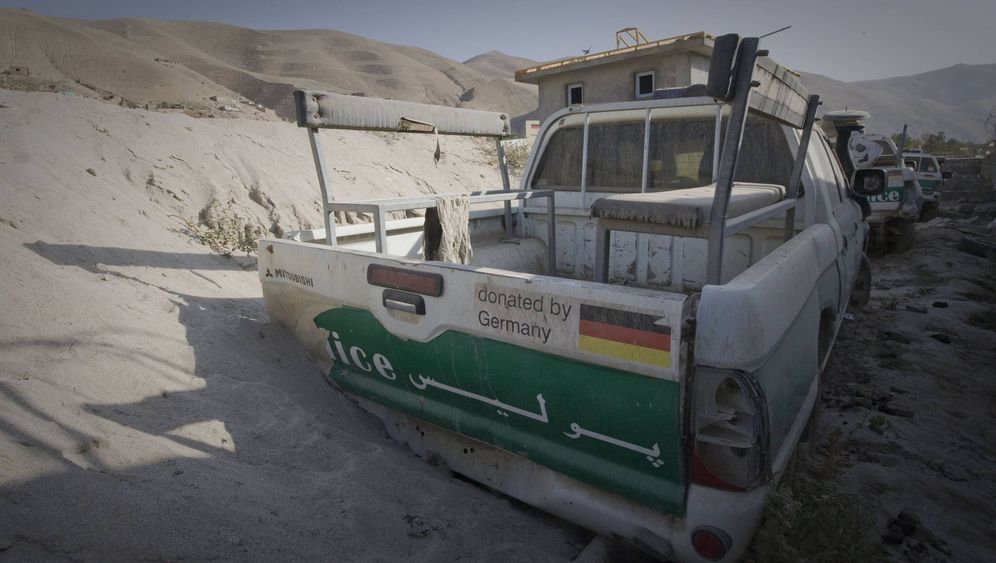 Hanz Sayami discusses the work he did in Afghanistan in a halting voice. He talks about the school for boys that he built six years ago in Char Gul Tepa, a town in the northern part of Kunduz province, after painstakingly gathering funding. "The place means 'Four Flower Hill,'" he says. A girl's school went up a year later there, though this time with the help of German development aid funds. Everything was going well, with Sayami and his assistants paying regular visits to the schools.

But, a few months ago, they dissolved their "Schools for Afghanistan" initiative. "The situation on the ground doesn't allow us to visit the projects anymore," Sayami says. "So we can no longer ask donors in good conscience for money because we can't monitor expenditures in person."

Sayami, 52, has an Afghan father and a German mother. His main occupation is working as an art director for SPIEGEL ONLINE. Shortly after his birth, his family left Germany for Kabul, where Sayami spent his childhood. "I wanted to do something for Afghanistan after the war broke out there," he says.

For years, Sayami has been living in Hamburg, but over the last several years he has regularly spent vacations in Afghanistan. He is pained by the end of his work there. "But," he says, "the current situation makes it impossible to keep going."

Sayami is one of the few aid workers who will openly discuss such matters for fear of attracting the attention of extremists. For this reason, organizations such as GIZ, the German development organization, forbid their employees from speaking with the press. But overwhelming frustration still compels some to vent their frustrations to journalists, albeit anonymously.

Indeed, little has been accomplished since the beginning of the war against the Taliban, and what has been achieved is now in danger. Once Western troops withdraw from Afghanistan, the country is at risk of falling under the control of extremists.

"Everything is at stake," says Heinz,* who works for an education-related project for the GIZ. "When we're gone, you can pretty much assume that the establishments we helped set up will sooner or later be closed," he says. "There is no lobby for education here, and those who benefit from our work will not dare to stand up for us in public." The development worker will not name his location for fear of attacks. "The Taliban's growing strength has been perceptible for three years," he says. "Since then, we've been working as inconspicuously as possible."

Another GIZ employee, Claudia,* reports that, behind closed doors, some thought has been given to abandoning its projects there. "At the latest, the discussion got into full swing after the deaths of two German aid workers in Parwan province," she says, referring to the two German men who disappeared in August and were found shot to death a few weeks later. Claudia also says that the security situation has gotten "creepingly" worse in recent years and that, more than anything, there has been a "dramatic increase" in fears of falling victim to attacks on Westerners, of being kidnapped or robbed.

Misery Unaltered by Billions in Funding

Since 2002, Germany's federal government has been supporting Afghanistan through economic cooperation aimed at improving the living conditions of average people. Each month, almost €40 million ($55 million) in development aid is channeled to Afghanistan, though that is still only about 5 percent of what the government spends for its military deployment there. Due to worries about corruption, not all of that money is paid out, though. Experts believe that millions have disappeared into dark channels in recent years.

Claudia, who helped rebuild Afghanistan's public administration, believes that development aid has been successful in some places. For example, she notes that there is electricity, clean drinking water and new streets, bridges, schools and hospitals. But, all things considered, nothing has changed in terms of the Afghans' basic living conditions. "There continues to be a small upper class that is super-rich and corrupt," she explains. "The normal population is poor."

Still, Claudia believes that it isn't just a paucity of funds that is keeping aid efforts from being successful over the long term. She also thinks it's too hard to find people in Germany with the right training who are willing to live in Afghanistan for extended periods of time. Many of them can only be attracted by large paychecks -- but, given their relatively meager budgets, that just isn't feasible for many aid organizations. "American aid organizations already pay young aid workers $20,000 a month," Claudia says. "No German organization can afford that."

Claudia also admits that she's given some thought to quitting and returning to Germany. "We are hardly allowed to move," she says. "I've seen practically nothing of this country except for my office and my small apartment."

For its part, the GIZ will not respond to questions regarding planned changes to the work it does in Afghanistan or even whether it will be withdrawing from the country. "But we will naturally reflect on the situation after an incident such as the death of a GIZ employee and see which conclusions we draw from it," says Anja Tomic, a spokeswoman at GIZ headquarters near Frankfurt. However, Tomic did say that GIZ safety regulations would remain unchanged, as they have so far been found adequate.

These are the exactly the regulations that Robert,* an energy expert who has been in Afghanistan for five years, finds fault with. "The regulations enormously limit aid workers' freedom of movement," he says. "I'm not even allowed to go shopping at the bazaar. We are losing our sense of the country, of the people, of life here."

As Robert sees it, the aid workers' sense of estrangement is also part of the problem. The more the Afghans believe that neither foreign troops nor development workers can help them, Robert explains, the more they're convinced that weapons are the only means of effecting change. "The biggest mistake was linking development aid with military assistance," he says. "Aid workers and soldiers would occasionally make joint appearances. But this civilian-military collaboration is an absolute taboo-breaker that hurt our reputation among the Afghan population."

Hoping from a Distance

The last time Hanz Sayami visited Afghanistan was almost a year ago. And he isn't planning more trips to the Hindu Kush any time soon. "At the moment that would hardly be responsible," he says. Still, he does hope that the bleak predictions being made about the country do not come true and that, at some point in the future, he'll be able to continue work on his school project. 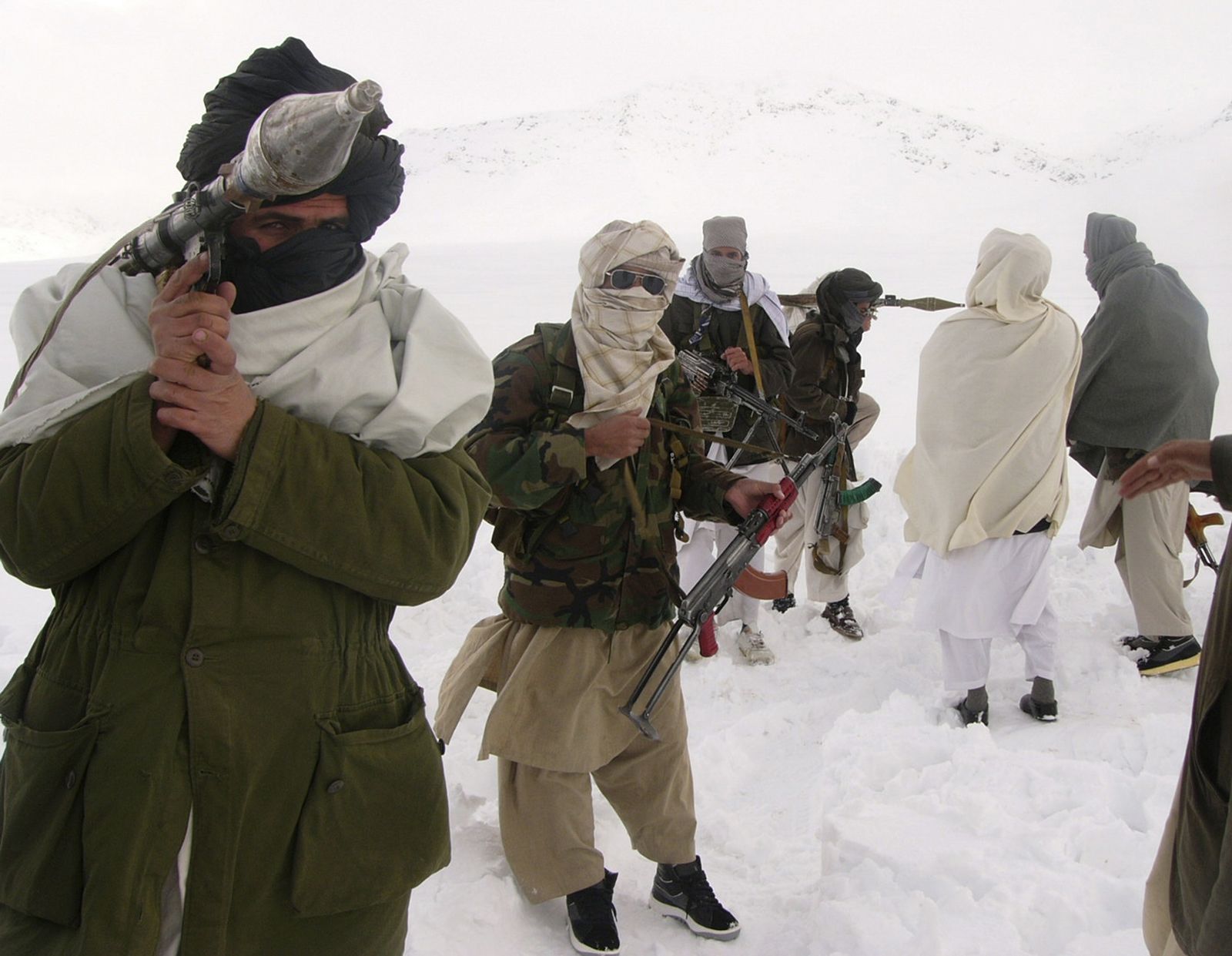 Many development workers fear that the radical Islamist Taliban, members of whom are shown here, could take over again after the troop pullouts.