Swedish Foreign Minister Carl Bildt, 60, is a man of the times. He takes particular pleasure in being able to use the tools of new media to comment on the things that he is not allowed to in his official capacity. In fact, his private blog -- "All dessa dager" ("All These Days") -- has become a must-visit source of political information, particularly since the official relationship between Israel and the Swedish government started getting stormy.

Bildt bridles at the accusations of antisemitism that are coming out of Israel and writes that the Swedish tabloid daily Aftonbladet, "obviously has to take responsibility for the matter."

The specific matter he is referring to is an article that ran last Monday in the highly read mass-circulation daily, which has done much to damage relations between the two countries. In the paper's cultural commentary pages, a freelance author wrote an article that suggested members of the Israeli army had harvested the organs of Palestinian victims for their own purposes. The article was entitled "Our Sons' Organs Were Plundered" and was based on interviews with Palestinian families -- although no evidence was given to back up their claims.

The Israeli government was livid about the article and has drawn parallels between the accusations made within it and so-called "blood libel," the antisemitic rumors that spread during in the Middle Ages about Jews using the blood of murdered Christian children in their religious rituals. Israeli Prime Minister Benjamin Netanyahu has demanded that the Swedish government officially "condemn" the newspaper report. Other Israeli government members and prominent commentators have accused the Swedes of spreading antisemitic atrocity tales and are demanding "appropriate responses."

Such reactions have been hard to come by in Stockholm, where most people seem to view the affair as an example of the country's liberal attitude towards freedom of the press. The only person to come forward from Swedish diplomatic circles and condemn the article has been Elisabet Borssin, Sweden's ambassador to Israel, who wrote an article condemning the report as "shocking" and "abhorrent" -- a move that has earned her nothing but scorn from her countrypeople.

Meanwhile, most of Bildt's comments about the matter have been delivered via his blog. There, he wrote that the editors at Aftonbladet needed to justify having run an article that would "presumably elicit strong reactions." Likewise, he has also written that he understands the anxiety Israelis might have when they see new instances of antisemitism. He also understands their demands that the Swedish government distance itself from the report. "But," he added, "that's just not the way things are in our country -- nor should they be."

Since Saturday, Bildt hasn't made any more public statements or written anything new on his blog. His silence has only made the criticism coming out of Israel grow louder. The dispute will surely overshadow his planned visit to Israel next week, where Sweden will represent the European Union as its six-month rotating presidency. As Israeli Finance Minister Yuval Steinitz sees it, "Those refusing to renounce such blood libels may become unwanted in the State of Israel."

'Sweden's Silence During the Holocaust'

Israel's ultra-nationalistic foreign minister, Avigdor Liebermann, is also heating things up. "The affair is reminiscent of (Sweden's) stand during World War II, when it also did not intervene," Liebermann says. He is referring to an unresolved historic trauma in the neutral country -- Sweden's partial, and partly public, collaboration with Hitler and Nazi Germany during World War II. Liebermann went even further by mentioning "Sweden's silence during the Holocaust."

In the meantime, this diplomatic row between the two countries seems to be reminding everyone of the fight over the caricatures of Muhammad published four years ago in the Danish newspaper Jyllands-Posten. Muslims interpreted these caricatures as being insulting to the Prophet Muhammad and as an affront to Muslims worldwide. Various Arab and Islamic governments officially distanced themselves from Copenhagen. And in their capital cities, tens of thousands took to the streets in violent demonstrations against Denmark, burning Danish flags and attacking the country's embassies.

Swedish Prime Minister Fredrik Reinfeldt is doing the same thing now that then-Danish Prime Minister Anders Fogh Rasmussen did back then -- he is defending his country's right to the freedom of press and refusing to provide any apology on behalf of his government. "No one can demand that the Swedish government violate its own constitution," Reinfeldt says.

And just as the Islamic states did back then, the Israelis have called for a boycott of goods from the offending nation. One of the first names mentioned was that of the housewares and furniture store chain Ikea. Likewise, just as they were four years ago, embassy staff members from both sides are being recalled, there have been murder threats made against the article's author and journalists from Scandinavia are being denied entry to Israel.

The Swedish media has reacting to the dispute by closing ranks and responding to every criticism and attack with arguments for freedom of the press. The influential daily newspaper Dagens Nyheter published comments from Israeli journalist Gregorio Gold, who accuses his countrymen of being "people with no idea of the role of the press in a free society. It's embarrassing."

For its part, Aftonbladet goes further. "Rescue Israel from its leaders," writes Helle Klein, the newspaper's political editor. "Continuously bringing up the Holocaust doesn't help anyone resolve this either," she writes, defending herself against accusations that Sweden is an antisemitic state.

The journalist also criticizes her own government -- especially Foreign Minister Bildt. He should finally "come out of his blogosphere and get involved in real politics and traditional communication in foreign affairs" -- and get back to the real world. 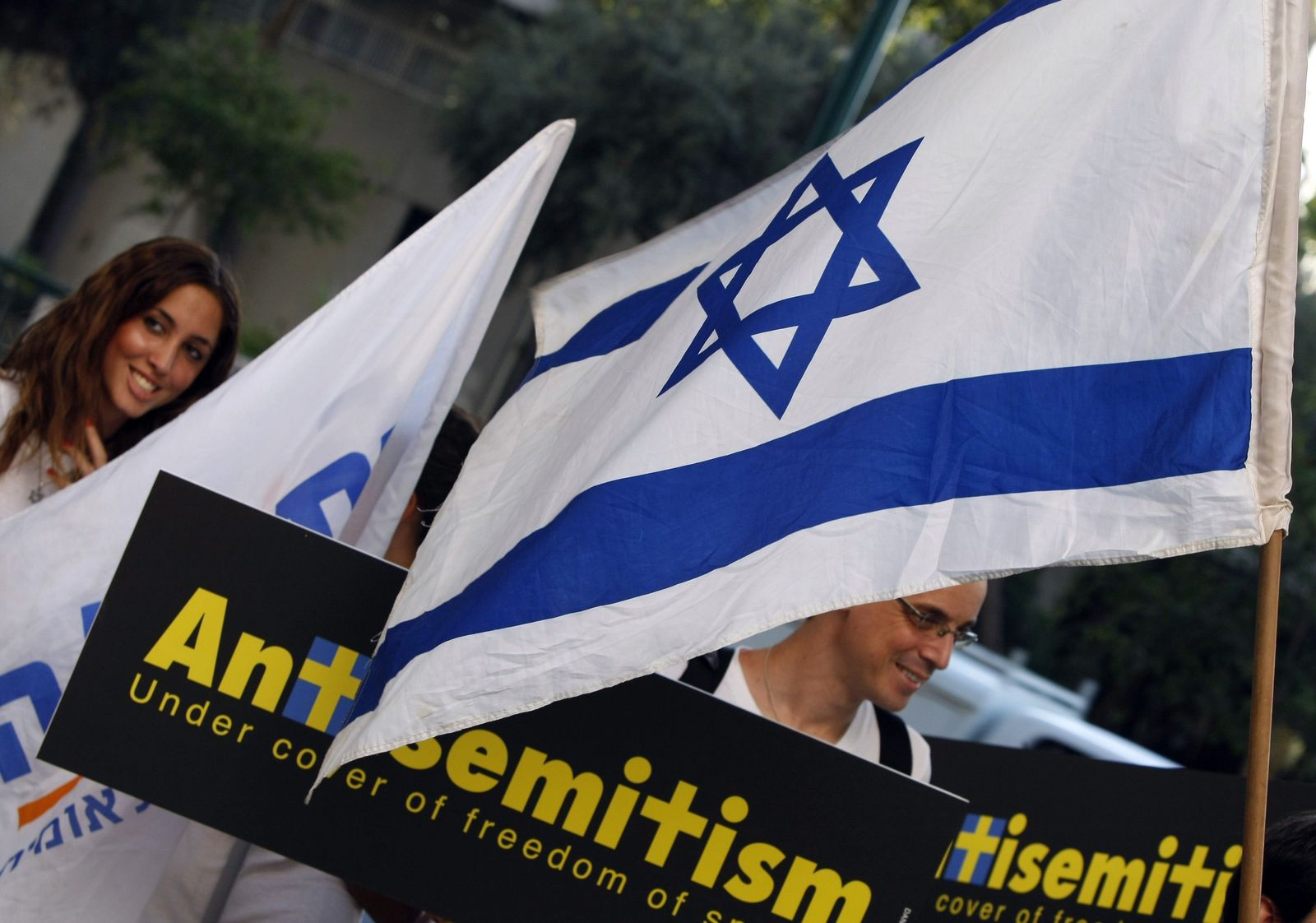 Protesters in front of the Swedish Embassy in Tel Aviv: "Antisemitic atrocity tales"