A total of 105 Afghan diplomats were meant to report for duty at the Foreign Ministry in Kabul on Saturday. They were being rotated out of their foreign postings as scheduled, and it was time to return to headquarters. Yet just five of them have resurfaced. The others have apparently remained in the countries where they had been posted, among them several employees of the Afghan Embassy in Berlin.

Sources at the Afghan Foreign Ministry have informed SPIEGEL ONLINE that embassy staff members have said they would apply for asylum in their respective host countries or at least apply for an extension of their service until the presidential election in spring 2014. "They are hoping that there is more clarity about the future of our country by that point," said an employee of the ministry. "I feel as though there has been an exodus. No one wants to return to Afghanistan," said the employee, who added that they couldn't be faulted for wanting to stay away from"the situation in the country."According to recent surveys, most Afghans believe the country will sink into chaos and violence and expect that civil war will break out once Western forces withdraw at the end of 2014. For months, the Taliban and various other ethnic groups have been arming themselves in preparation for a fight for power in the country.

The Fiction of a Bright Future

Many Afghan diplomats are the sons and daughters of high-ranking politicians who are also trying to go abroad as soon as possible and stay there until the situation in Afghanistan becomes clearer.

International foundations and organizations that organize educational trips and conferences for Afghans abroad have also become more cautious recently. They know that more and more trip participants will disappear. It is said in Kabul that several Afghan teachers never returned from a trip organized recently by the German government. And a high-ranking official from the Afghan Foreign Ministry called home during a trip to Canada to say that he wouldn't be coming back.

"I can confirm this trend," says Tinko Weibezahl, the head of the Kabul office of the Konrad Adenauer Foundation. "In recent months some of our most qualified contacts have left the country. The refugees are above all "the highly educated, who were much more optimistic about the future a year ago," Weibezahl says. Government ministers, lawmakers and senior military officials are also attempting to get their families out of the country.

The story of the hopeful future of an Afghanistan that stands on its own two feet, that is safe and peaceful and democratically governed, "is just a story that the West likes to tell us," says a senior official from the presidential palace in Kabul. "This story has just one catch: Most Afghans don't believe it." 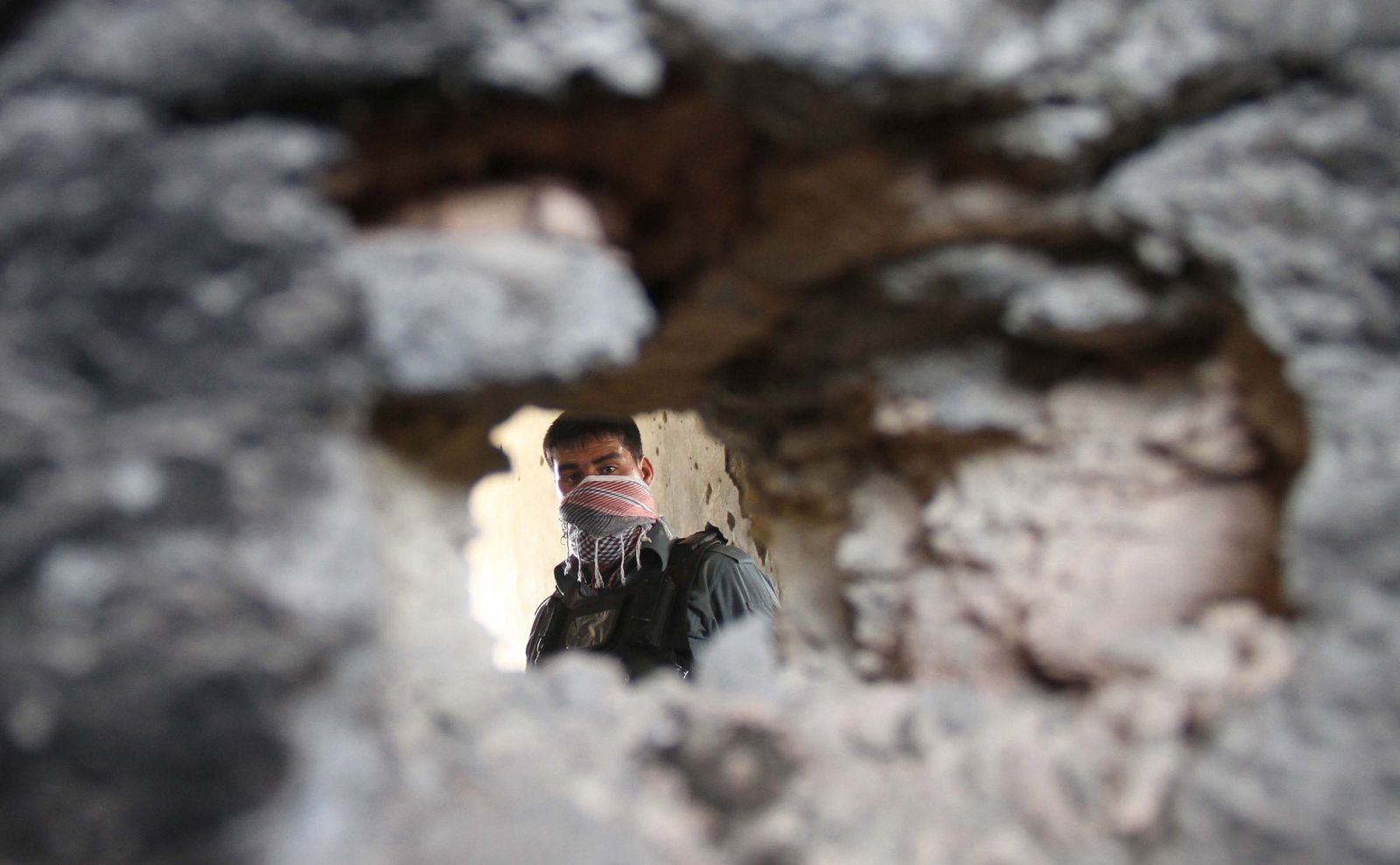 An Afghan security official at Kabul Airport after a battle with the Taliban.