The subject line of the document sounds harmless. "Reporting and collection needs: The United Nations." But the secret dispatch dated July 31, 2009, is among the more explosive of the raft of embassy cables that have now been reported. In a total of 29 pages, the United States State Department calls on its diplomats to spy on the United Nations and its leaders.

The document containing spying orders was sent to the United States Mission to the United Nations in New York as well as 30 US embassies worldwide, from Amman to Berlin, Paris, London and even Zagreb. Secretary of State Hillary Rodham Clinton signed the directive. The "National HUMINT Collection Directive" has, until now, been kept firmly under lock and key.

There has always been a fine line between the work of diplomats and the work of intelligence services. The diplomatic core gathers information, in a legal way, then analyzes it and uses it as the foundations upon which to build a national foreign policy. Meanwhile, the intelligence agencies infiltrate and steer sources, keeping their actions as invisible as possible. But they often operate on the margins or outside of the law.

Going by this division, the State Department also operates an intelligence service in addition to its diplomatic activities. Its mode of operation is clearly outlined in a cable on the Secretary of State's Humint Collection Directive. The US even wanted to know everything it could about UN Secretary General Ban Ki-Moon. Any findings were apparently passed on to the CIA or other US intelligence services.

In her rationale for the spying order, Clinton revealed that a large part of the information that the intelligence agencies work with stems from the reports gathered by State Department workers around the world.

The diplomats were told to learn as much as possible about their contacts, including:

In many cases, the appetite for information went even further. Among the collected data were:

Orders were also given to monitor states, including Paraguay, eight west African countries such as Burkina Faso, Mauritania and Senegal, as well as a number of Eastern European countries. In addition, it called for the monitoring of the Palestinian territories.

The State Department was interested in amassing a broad range of information about the United Nations on diverse issues. The July 2009 "priority issues" list included Darfur/Sudan in the first position, ahead of Afghanistan/Pakistan, Somalia, Iran and North Korea. In addition, there were eight "key continuing issues" such as UN Security Council reform, Iraq, the Middle East peace process, and human rights and war crimes.

Such methods violate all the rules laid down within the UN. In the "Convention on the Privileges and Immunity within the United Nations" as in the "Vienna Convention on Diplomatic Relations," it is stated that no methods of espionage should be used. In addition, the US and the UN signed an agreement in 1947 ruling out undercover activities. But these agreements are decades old, and no one seemed particularly bothered by the dubious tasks assigned to diplomats. There is "a tradition" of bugging the office of the Secretary General," said former UN Secretary General Boutros Boutros-Ghali.

For the first time, there was an official government document connected to the National Humint Collection Plan, which formally documents the use of dark methods by the US administration. In the face of the newly released evidence, it will be hard for US diplomats to deny their activities. It gives too much detail on the scope of the interests of American foreign policy.

On the issue of Iran, "plans and intentions of the UN Secretary General (SYG), Secretariat staff, or member states to address efforts by Iran to develop, test, or proliferate nuclear weapons" is high up on the wish list, closely followed by "specific plans and activities of the UK, France, Germany (EU-3), and Russia with respect to IAEA (International Atomic Energy Agency) policy toward Iran."

America's spying assistants were told to find out about Ban Ki-Moon and the positions of his colleagues in the General Secretariat on Lebanon and the Iranian atomic program, as well as Haiti. There were also requests for information on issues such as how they deal with terrorist groups.

The demands go well beyond the usual range of diplomatic interests.

Clinton, for example, wanted "biographic and biometric information on UNSC (United Nations Security Council) Permanent Representatives, information on their relationships with their capitals," including "differences between UN missions and their capitals." Could this mean French diplomats' fingerprints, the body measurements of Chinese and iris scans of Russians?

According to the cable, similar information was also requested for the permanent members of the Group of 77 -- in other words, the developing and emerging countries and non-aligned member states, "particularly China, Cuba, Egypt, India, Indonesia, Malaysia, Pakistan, South Africa, Sudan, Uganda, Senegal and Syria."

The State Department was also particularly interested in the UN's internal communications facilities. In her wish list, Clinton wanted to find out everything possible about the organization's telecommunications infrastructure and also extensive information on "current technical specifications, physical layout, and planned upgrades to telecommunications infrastructure and information systems, networks, and technologies used by top officials and their support staffs." The intention seems clear: This information would make it easier for the National Security Agency, the US intelligence agency responsible for wiretapping of phones and interception of electronic communications, to easily attack telephone, computer and e-mail accounts.

Historically, the UN has repeatedly been subjected to attacks using modern technology. In 2004, British government minister Clare Short sparked a scandal when she admitted in an interview that spies regularly recorded the communications of high-ranking UN representatives, including those of the secretary general. She said she had personally seen transcripts of Kofi Annan's wiretapped conversations.

One legendary incident involved bugging carried out by the British in the run-up to the Iraq war. In response to an urgent request from the NSA, they apparently eavesdropped on several members of the UN Security Council in an attempt to find out how they planned to vote on the resolution against Saddam Hussein's regime. The scandal became public when a young translator working for British intelligence leaked the command to a newspaper.

A History of Bugs

Technicians have discovered bugs in the UN on several occasions. In April 2006, employees performing maintenance work discovered electronic components that had been hidden in room C-108 in the Palais des Nations in Geneva, home to the United Nations' European headquarters. The devices were worth around €65,000 (around $86,000). Specialists had already uncovered similar devices in 2004.

Intelligence agencies like to cover their tracks. The origin of the equipment used to eavesdrop on Kofi Annan and the hidden bugs in Geneva could not be proved. In that respect, the new revelations are different.

Nevertheless, Secretary Clinton probably doesn't need to fear any serious consequences; all the parties involved will be very careful to save face. Even UN secretary generals have remained diplomatic following previous incidents.

In 2004, Annan spoke to Emyr Jones Parry, Britain's ambassador to the United Nations, by telephone after finding out about the espionage affair. He could hardly have expressed his outrage any more weakly: If the allegations were true, Annan said, then he was "disappointed." 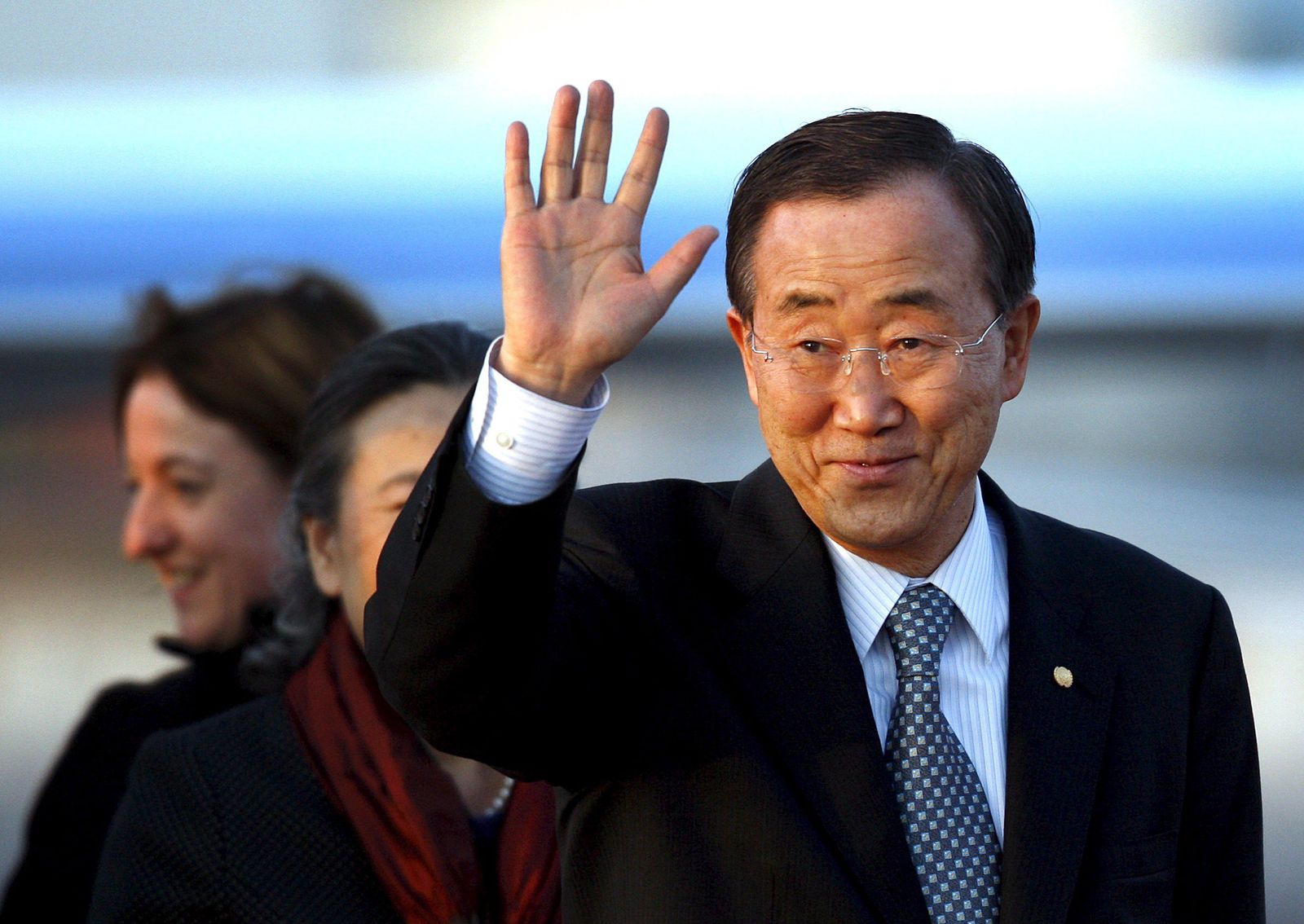 The US even wanted to know everything it could about United Nations Secretary General Ban Ki-Moon, information that was then apparently passed on the the CIA.