How the times change. After years of being kept classified, the "Pentagon Papers" can now be viewed at the United States National Archive in their entirety for the first time in history. In their original paper form, the papers filled 48 boxes. The electronically scanned versions of these historical data treasures comprise little more than six gigabytes -- enough to fill a tiny USB stick that is smaller than a finger.

The documents, however, make fascinating reading, at least for history fans. Leslie Gelb, the head of the secret working group responsible for the report and later head of the Council on Foreign Relations, assured then-Secretary of Defense Robert McNamara in a Jan. 15, 1969 letter that his team had "checked and rechecked with ant-like diligence" the documents in the report.

The more than 7,000 pages in the file are stamped "Top Secret - Sensitive."

Four decades later, the US government is airing one of its most explosive secrets -- the "Pentagon Papers," the legendary top secret report on the Vietnam War. Anyone interested can read the papers that led to deep changes in US policy at the National Archive or in the libraries of the three presidents who were involved in the Vietnam War (John F. Kennedy, Lyndon Johnson and Richard Nixon). The documents are also available for download from the National Archive homepage.

The release of the documents coincided with the 40th anniversary of the New York Times' publication of parts of the report -- the event which heralded the beginning of the end of the war and of the Nixon era. More than one-third of the entire package of documents remained classified at the time because Daniel Ellsberg, the whistleblower who had provided the New York Times with the material, wasn't able to and didn't want to copy everything.

Nixon's White House pursued Ellsberg as a traitor, but without success. In the end, a "whistleblower" prevailed over a Washington clique intent on covering things up. Despite this watershed moment, however, even generations later there has been little progress. Indeed, President Barack Obama has been even more merciless in his hunt for those who betray America's secrets than his predecessor George W. Bush.

A flood of recent government investigations into apparent information leaks have exposed Obama's insincerity regarding his pledge to create an "unprecedented level of openness in government" when he took office. Judith Ehrlich, the director of the Oscar-nominated, 2009 documentary film "The Most Dangerous Man in America" about Daniel Ellsberg, recently told London's Guardian newspaper that Obama is the "worst president in terms of his record on whistleblowing."

But Obama himself hasn't been entirely successful in cracking down on whistleblowers. The latest high-profile case failed spectacularly on Friday as the planned trial against Thomas Drake collapsed. The former employee of the National Security Agency had been accused of providing the Baltimore Sun newspaper with internal information about the agency's controversial wire-tapping practices. In the end, Drake agreed to accept misdemeanour charges for exceeding his authorized use of a government computer.

The case was an embarrassing setback for the White House. But the government scored a victory in another case. In May 2010, a court convicted former FBI interpreter Shamai Leibowitz to 20 months in prison for providing government information to a blogger. Two further whistleblowers face prosecution: Stephen Kim, the former North Korea expert at the State Department, and former CIA agent Jeffrey Sterling. Kim is alleged to have supplied state secrets to Fox News. And Sterling stands accused of having provided information to author James Risen for his 2006 exposé "State of War."

The most prominent case in the US right now is that of soldier and suspected WikiLeaks informant Bradley Manning, who is being held at the army prison at Fort Leavenworth in Kansas. The Justice Department is also continuing its investigation into WikiLeaks founder Julian Assange.

Under Obama, more whistleblowers are being held accountable than in all previous decades. Lucy Dalglish, executive director of the Reporters Committee for Freedom of the Press, told the Associated Press that the US government is going after whistleblowers "very, very aggressively."

Still, the Drake washout shows just how difficult it can be to prosecute whistleblowers. Drake had been threatened with up to 35 years in prison. But his trial collapsed only days before it was set to begin after the court accepted classified "top secret" documents as evidence. Federal prosecutors quickly withdrew the charges out of concern they would have to release classified material as part of the trial.

In fact, whistleblowers are supposed to be protected by law through the Whistleblower Protection Act of 1989. Over the years, though, that legislation has been watered down repeatedly. Ministries can fire, suspend or lock out suspected employees at will. The one ray of hope is the SEC markets regulatory agency, which implemented new rewards and protective measures for whistleblowers at the end of May -- the caveat here being that such protection only applies to Wall Street insiders.

"It is no surprise that honest citizens who witness waste, fraud and abuse in national security programs but lack legal protections are silenced or forced to turn to unauthorized methods to expose malfeasance, incompetence or negligence," Stephen Kohn, the executive director of the National Whistleblowers Center wrote in an op-ed contribution to the New York Times on Monday.

He wrote that Congress and the executive branch would be well advised to follow the example of their predecessors. In fact, the first protective law in the US for "whistleblowers" is almost as old as the country itself -- it originated in 1778.

The Obama administration also uses other avenues for stonewalling and blocking. At times, those efforts take on grotesque dimensions, as in the case the Pentagon's September order to pulp the entire first printing run of "Operation Dark Heart." The memoir by army officer Anthony Shaffer over his time in the Afghanistan war contained what were alleged to be military secrets. The destruction of the 9,500 books cost taxpayers an estimated $47,300. When the second edition was released, 250 passages were blacked out.

This pressure clashes with the increasing openness of the Internet age. Four decades ago, Daniel Ellsberg had to photocopy selected passages from the "Pentagon Papers." Today, WikiLeaks indiscriminately places tens of thousands of documents on the Web. "It revels in the revelation of 'secrets' simply because they are secret," well-regarded attorney Floyd Abrams, who represented the New York Times in its "Pentagon Papers" case against the government, wrote six months ago in the Wall Street Journal.

Disclosures for the sake of disclosures. The release that just happened of 24,199 e-mails from Sarah Palin's term as governor of Alaska has generated enormous media attention in the US. But the reality has been far less exciting than the hype: The correspondence doesn't reveal anything dramatic.

In these veritable floods of data, truly scandalous incidents threaten to be overlooked. The irony here is that the US government seems to take great pride in regularly flooding the media with previously "secret" documents -- massive "data dumps" of inconsequential information.

Last week, for example, the NSA declassified more than 50,000 pages of historical files. The action, the NSA boasted, was in line with Obama's vow of transparency. But the documents are so old that they no longer have any meaning other than the historical context they provide. They included a cryptology primer from 1809, an intelligence service photo from 1919, a dossier on China (1946) and an overview of Soviet electoral constituencies (1948). In their time, these documents might have been perilous to national security, but today they are little more than dusty museum relics.

The "Pentagon Papers" are similar. The complete report contains little new. It may be the first time that the complete Chapter Five ("Justification of the War") can be read in its full length along with internal memos. And Washington's secret peace negotiations, which Ellsberg deliberately suppressed, are also outlined in Chapter Six.

Ultimately, though, these are mere historical footnotes. Ellsberg himself isn't surprised by the fact that government secretiveness is worse today than it was back in his day. "That is predictable, in every government -- tyrannical or 'democratic'," he told CNN on the anniversary of the "Pentagon Papers'" release. 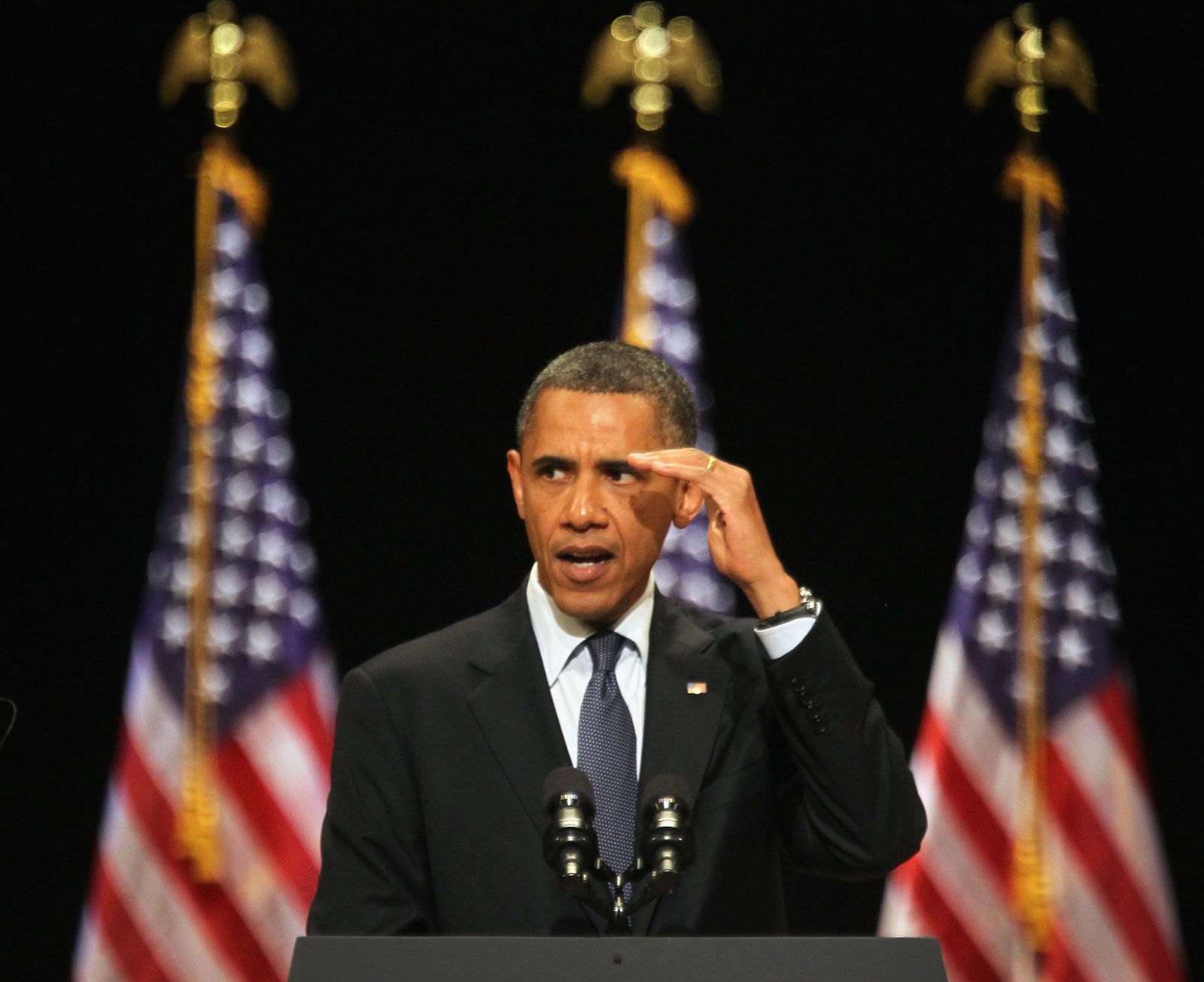 US President Barack Obama: The "worst president in terms of his record on whistleblowing"