Originally, the foreign ministers of the G-7 member states had been slated to meet in Pittsburgh this week, but the summit had to be cancelled because of the coronavirus. Instead, they met on Wednesday for four hours by video conference in the first meeting of its kind, spanning 13 different time zones.

To ensure that no foreign minister had to get up in the middle of the night, the video conference began at 7 a.m. in Washington, which was 8 p.m. in Tokyo.

But the timing was a bit less relaxing for European G-7 member states. German Foreign Minister Heiko Maas had to clear his calendar from 12 p.m. to 4 p.m. for the meeting. As things stood, though, there wasn’t much left to talk about anyway.

According to European diplomatic sources, the idea of issuing a joint G-7 statement had to be abandoned because the members couldn’t come to an agreement on the language to be used to describe the pandemic.

The sources said that the State Department had demanded that it be called the "Wuhan virus” in the statement, a reflection of U.S. President Donald Trump's insistence on calling it the "Chinese virus" in press conferences and on Twitter.

But the other G-7 states rejected a term that suggests that the pandemic is a Chinese problem. They instead proposed using the official COVID-19 name used by the World Health Organization. The political directors of the G-7 foreign ministries were ultimately unable to reach an agreement on the terminology.

The idea that the G-7 states should speak out about the coronavirus was initiated in France. Germany supported the call, but the U.S. initially rejected the idea.

The State Department said that the leaders of the G-7 states had already addressed the issue of the coronavirus and that a statement from the foreign ministers was no longer necessary. But at the end of last week Pompeo gave in and drafts of a possible statement circulated back and forth, ultimately without any success.

The U.S. government’s rigid stance is reflective of the course Trump is charting in the corona crisis: Namely that the Chinese are to blame and Europe responded too late -- which is why the virus has now reached the U.S.

In recent weeks, he announced countermeasures like the entry ban to the United States for European Union citizens overnight and without even informing the Europeans in advance. He initially exempted putative friends like Great Britain from the entry ban, only to expand it to include the country a few days later.

The frustration in Berlin and Paris is great. Government sources in Berlin argue that Washington is definitively abandoning the idea of partnership-based cooperation. Trump’s battle against multilateralism has made it so that even formats like the G-7 are no longer working.

It appears that the coronavirus is destroying the last vestiges of a world order. 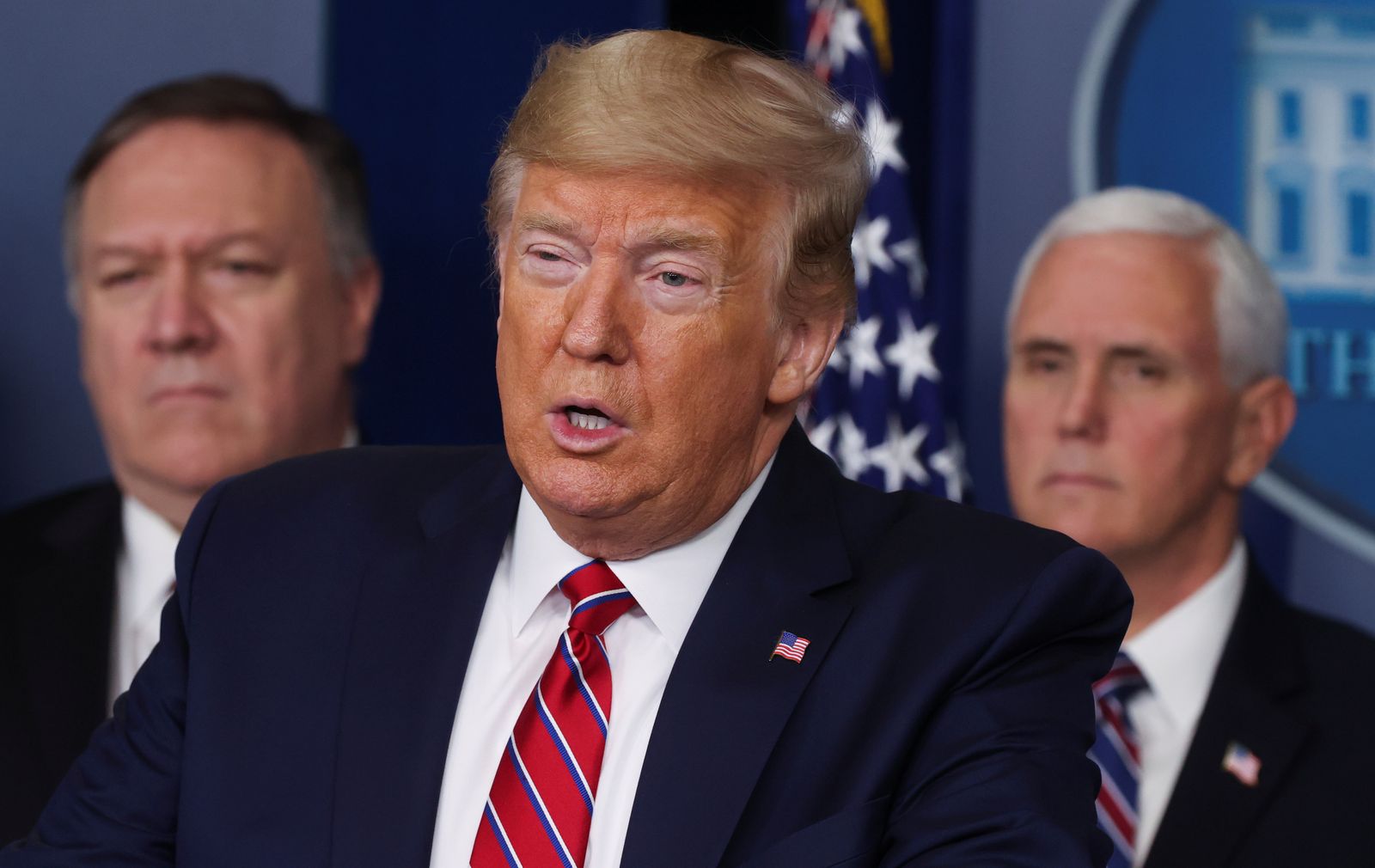