It really happened. He did it. Donald Trump proved all experts wrong. All of the allegedly certain predictions that he could not become a president of the United States have been reduced to absurdity. A man who insults foreigners, women and people with disabilities, who preaches hate and snubs America's most important partners, will run the most powerful country on Earth. It is a political catastrophe.

Crude populism has triumphed over reason. Trump's success is a shock for all those who had counted on the political wisdom of American voters. The real-estate tycoon promised the Americans a fundamental political shift and a majority -- even if slim -- have followed his promises. The American voters have opted for change, though no one knows what it will look like. Given Trump's Islamophobic, nationalistic, hateful statements during the election campaign, only one thing can be said for sure: It won't be good.

Trump scored points with hateful slogans against the so-called political establishment and the media. He won over a white middle class that has been destabilized by globalization. "I alone can fix fit" was the motto of his campaign. It's an arrogant phrase, an empty promise. What is certain is that Trump on his own will not be able to solve the problems faced by America and those of a highly complex world. Those who believe he will have only themselves to blame.

The World Enters a New Phase

A president who wants to make the lives of his citizens better and more secure must seek reconciliation and dialogue with other states and cultures. He needs partners. None of this seems to interest Trump. Trump is a destroyer, a divider. An examination of his biography and of his election campaign shows that he is not interested in constructive solutions, he isn't looking for reconciliation, he only wants to egoistically and self-righteously impose his and his supporters' nationalist interests.

The world, and America, is now threatened by a dangerous phase of instability: Donald Trump wants to make America "great" again. If one believes his pronouncements, he will proceed ruthlessly: He wants to throw 11 million migrants out of the country, renegotiate all major trade agreements and make important allies like Germany pay for US military protection. That will trigger significant conflict, incite new rivalries and spur new crises.

The most important question is now: Will the American system of "checks and balances" between the institutions manage to prevent a man who speaks like an autocrat from governing like one? Is it even possible to control Trump with a Republican Congress?

America's democracy now faces a significant test: It is to be feared that Trump will do everything he can to checkmate his opponents. He threatened journalists who were critical of him during his campaign. His followers yelled "lock her up" in reference to his opponent Hillary Clinton. Such rhetoric leaves marks, even if he struck a more conciliatory note in his acceptance speech.

Of course hope remains that the political system is strong enough to restrain a president with absolutist fantasies. But there are no guarantees. 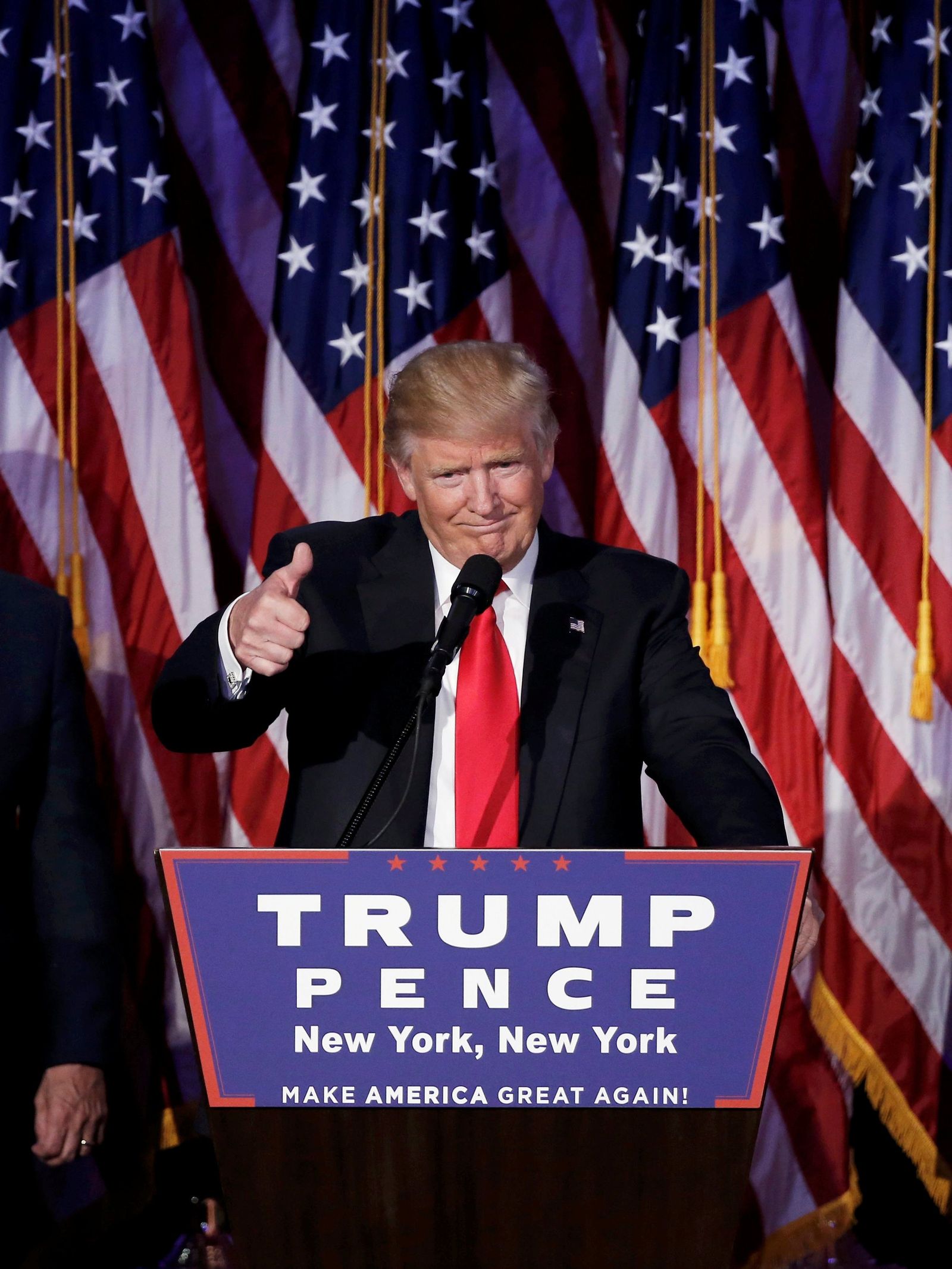 US President-elect Donald Trump in Manhattan after his election win