These US presidential elections were fun once. Particularly on the Republican side: At one point during the primaries, there were 17 candidates running around, including obscure current and former governors, a retired brain surgeon with sleepy eyes, the inevitable Rick Santorum -- and Donald Trump, who once impersonated a successful businessman on a reality show.

Now he's impersonating a presidential candidate. That, too, used to be fun. He played a wretched character who humiliated anyone who stood in his way: immigrants, women, Muslims, the disabled, veterans and his Republican rivals, who keeled over one by one -- "Little Marco," "Low-Energy Jeb," "Lyin' Ted."

It was fantastic reality TV, generating fantastic ratings, fantastic headlines, fantastic page views. Haha, that Trump! Look what he's said this time! All that fun made us forget that we were talking about the world's most powerful office.

But now the fun is over. Trump has long since shown his true side. And behold, this wretched character wasn't an act after all. It wasn't a mask he wore for the primaries. That wretched character was Trump. It is Trump. There is no good Dr. Jekyll behind the evil Mr. Hyde. Donald Trump is Hyde, the monster minus Jekyll, devoid of compassion, contrition, self-control.

And that's not funny anymore. It's time to stop treating Trump like he is any other candidate and to stop equating him with others -- most notably Hillary Clinton, herself a damaged, flawed, dubious nominee who can't believe her luck, given the tougher time she would likely have running against anyone else.

But unlike Trump, she would never be a threat to the political system, or world peace. The Trump spectacle -- gawked at, fomented and gratuitously publicized by the media -- has become an international disaster, to use his favorite term.

Consider this: The US is actually considering handing over its nuclear codes to a man who suggests violence against his political rival, who toys with the idea of armed insurrection, who gleefully stokes violence at his rallies, who calls US President Barack Obama a terrorist sympathizer -- and repeatedly says, wink, wink, that his statements were misunderstood.

But Trump's supporters hardly misunderstand: Crushed by generational, technological and demographic changes and abandoned by a broken political system, they've been boiling from suppressed, not-so-secretly yearned-for violence for a while. They were just waiting for their leader.

They aren't bothered by the fact that he lies pathologically and has no clue about world politics, domestic and economic policy or the intricacies of diplomacy. For too long, they've been living in an alternate universe where reality and delusion blur, where truth and lies are inverted. Trump has legitimized them and their worldview.

It doesn't bother them, either, that he believes nothing of what he says. He's a fictional TV character, an empty shell, an alleged multibillionaire who plays the man of the people. His "positions" fluctuate like the heavy air in the arenas where they cheer him on as he barks like a dictator out of a B-movie.

His "program" is a hodgepodge of other people's shopworn talking points, which he reluctantly reads off a teleprompter until he can return to his favorite topic -- Trump.

Some say Trump is a new Hitler, a new Mussolini, a despot-in-waiting whose fearmongering manipulates the people for darker ends. But he's much too lazy for those ambitions: All he wants is to win. He has never shown any interest in the ensuing, arduous business of governing, and doubtlessly never will.

He also lacks an ideology, a political agenda. Trump's only agenda is himself, a Moebius strip of endless validation. "Nobody knows the system better than me, which is why I alone can fix it," he yelled in his doom-and-gloom convention speech -- revealing the illusive nature of his construction.

Those kinds of people, however, are no less dangerous. The Moebius strip has ripped: Trump's rise was based solely on the principle of perpetual victory. But now he's not winning anymore. The gig is up.

As most members of the media have started to figure out his game, an increasing number of Republicans have as well. Both the media and the politicians initially played along out of cynical opportunism, as long as he provided them with high ratings and rising poll numbers. Now they are abandoning ship, not because of their conscience but out of fear for their own, compromised existence.

Too late. The catastrophe can't be stopped. Even if -- especially if -- Trump loses the elections or backs out before it, he will smash his toys like a sulking toddler. He's already poisoned US society and destroyed the 162-year-old party which created him, and now he has the ultimate goal of destroying America's democratic institutions. His angry disciples won't surrender in peace either.

There's nothing fun about that anymore. 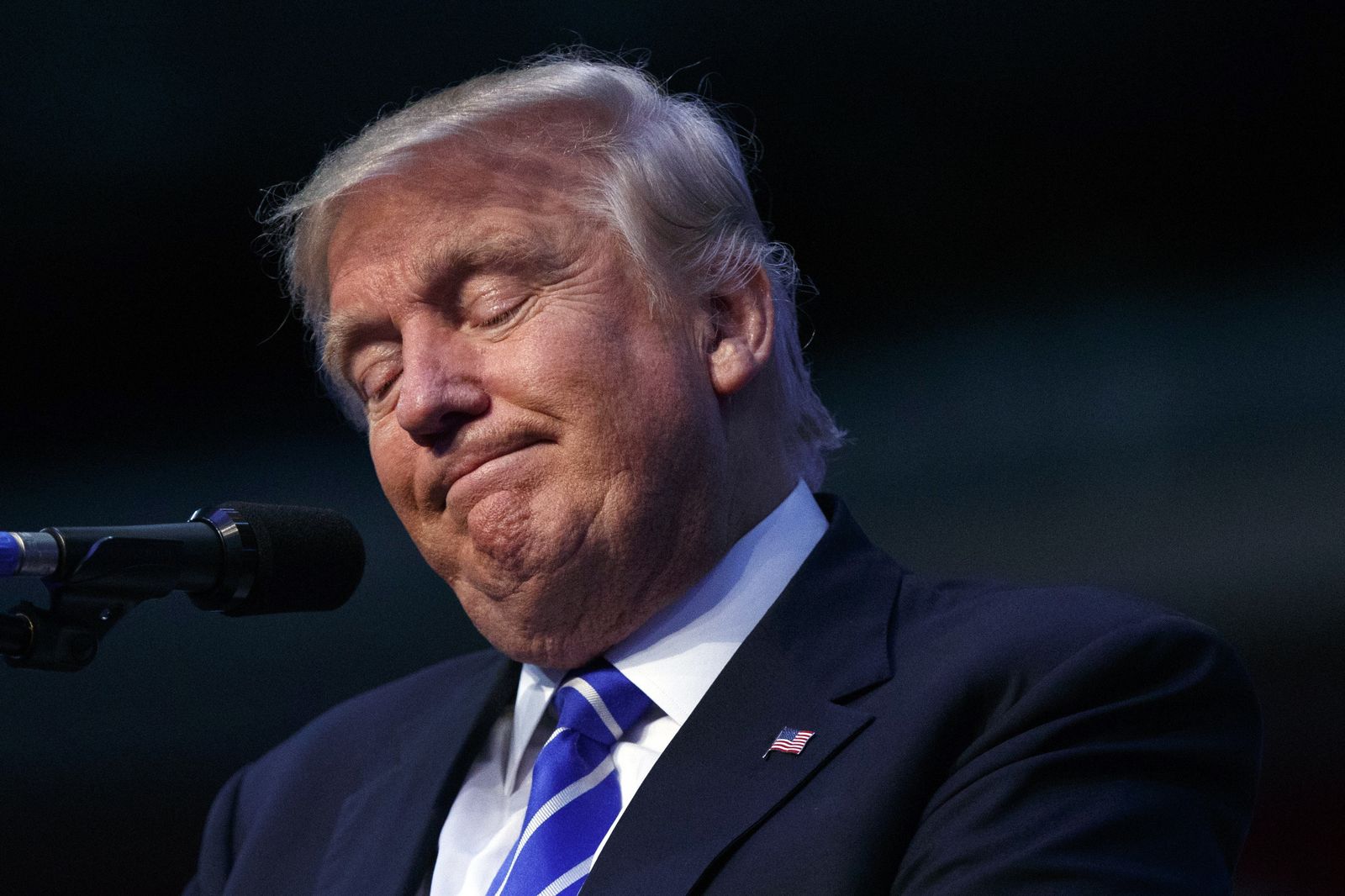