The world is witnessing a great economic experiment. The United States, the world's most important economy, is transforming itself from a high-tax country to a low-tax paradise. Currently, most companies have to hand over 40 percent of their profits to the taxman, more than any other developed economy. In Germany, it's 30 percent.

However, these burdens are now about to be drastically reduced. U.S. President Donald Trump wants to reduce the federal corporate tax rate from 35 to 20 percent. The Senate and the House of Representatives are likely to quickly reach agreement on the bill's final form.

The corporate tax system in the U.S. is indeed in terrible shape as it currently stands and it encourages the shifting profits outside the country. As such, no government should be criticized for trying to do something about it. One can, however, expect little from Trump's tax plan. The reform is supposed to save taxpayers around $1.5 trillion over the next 10 years, particularly those in the highest income brackets. The fact that the measure is essentially a massive transfer of wealth from the poor to the rich is a domestic problem for the U.S. And something that the American political class will have to answer for.

Europeans, however, shouldn't just be concerned about the social inequalities that will result, but also about the impact of the reforms on this side of the Atlantic. After all, Trump's plans will have a knock-on effect throughout the world and will have a long-term effect on German and European economic policies.

The tax reform could turn out to be an expensive but perhaps effective way to boost the United States as a place to do business. The already existing benefits for international investors will now be enhanced by an extremely attractive tax system. One doesn't need to be a prophet to predict that the United States is about to be flooded with foreign direct investment. American companies, meanwhile, are likely to invest more at home and to repatriate money that has been stashed away abroad.

The rest of the world will be left holding the tab. On the plus side, to be sure, the plan refrains from introducing a blanket border-adjustment tax. Such a misguided measure would have slapped a special tax of 20 percent on all imports. Now it will only be applied to subsidiaries of foreign companies and their parent companies. From now on, for example, the BMW factory in Spartanburg, South Carolina, won't be able to deduct parts deliveries from company headquarters in Munich. This will accomplish two goals: For one thing, more money will flow into the state coffers, thus mitigating loss of revenue from the tax cuts. For another, foreign suppliers will become less attractive to American companies. As a result, companies like BMW and Siemens with operations in the U.S., it is hoped, will end up ordering parts and supplies from American companies.

No wonder, then, that this taxation ego trip is alarming Germans and other Europeans. The acting German finance minister, Peter Altmaier, a senior member of Merkel's Christian Democrats, has asked Ministry officials to look into whether the U.S. plans contravene the German-American Treaty of Friendship. This agreement from the 1950s forbids either country from discriminating against companies from the other. In addition, at the prompting of Altmaier and his French counterpart Bruno Le Maire, EU finance ministers earlier this week asked European Commissioner for Financial Affairs Pierre Moscovici to look into whether the American tax reform violates its commitments as a member of the Organization for Economic Cooperation and Development or the World Trade Organization. They have urged the commissioner to act quickly so they can intervene in the legislative process now in order to prevent the worst from happening. An appeal with the WTO could take years.

Nevertheless, EU member states are going to have to go beyond legal means and find economic answers as well. They must face the question as to whether they can afford to keep their tax rates where they are.

The American tax reform is nothing less than the beginning of a new tax race. One can see this as a negative development - or as a positive one. After all, just as in foreign and security policy, Trump's unilateral actions could prompt a new push towards European unity. In Brussels, in any case, EU finance ministers have already agreed to find a common stance on the issue.

And the process has already begun. Germany and France have for some time sought to align their corporate tax rates, something they'd like to extend to other countries. Every EU member state would be allowed to set its own tax rates, but would adhere to a minimum level. That would not only make competition fairer and more transparent. It would also be a clear signal from Europe that it is worth investing in the old continent.

The American move could also shift the priorities in the upcoming coalition talks in Germany. The Christian Democrats and the Social Democrats should think twice before increasing the top rate of income tax. After all, it affects 80 percent of German companies as well. 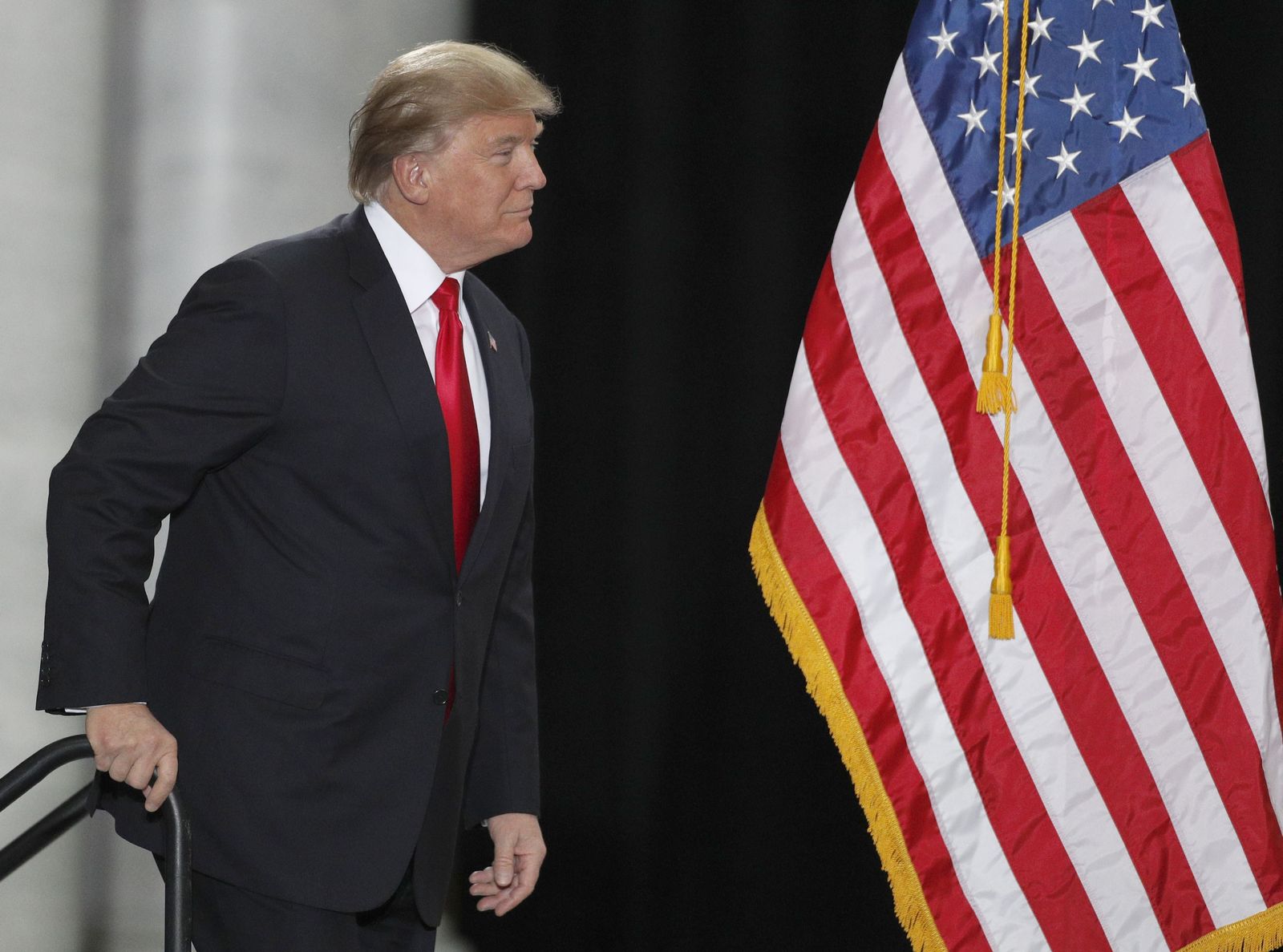 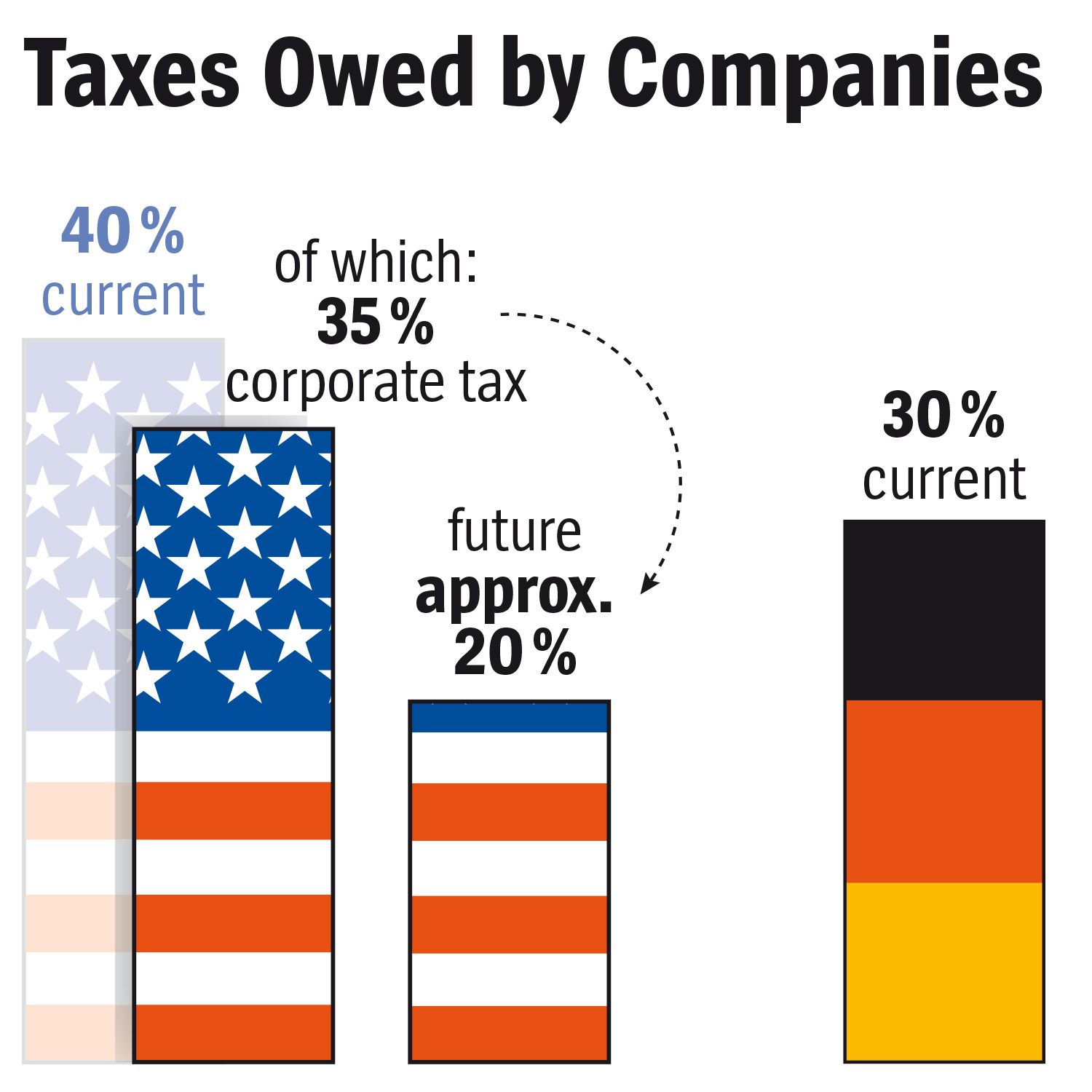