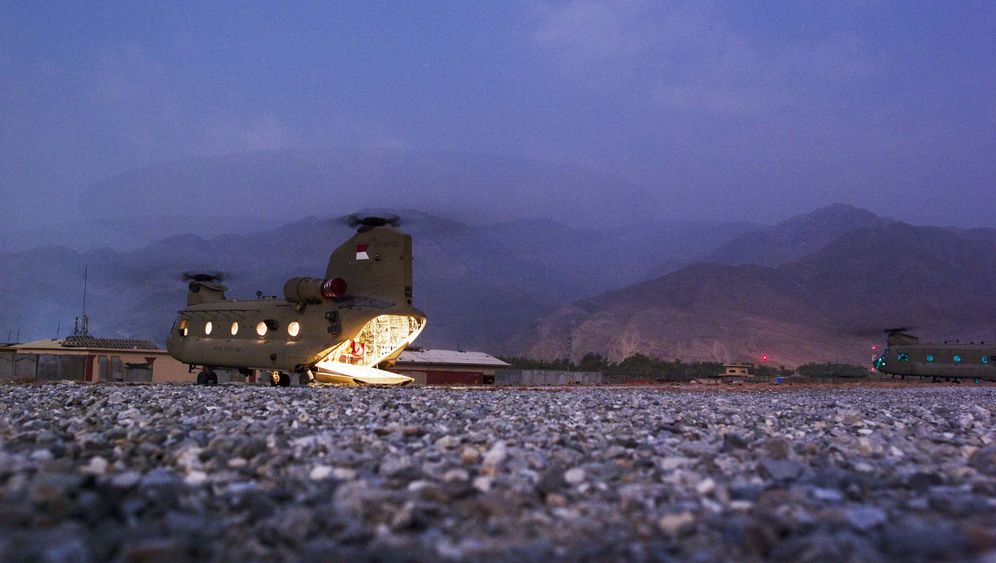 At a major donor conference this weekend in Tokyo, the international community linked its hefty financial aid for Afghanistan over the coming years to concrete progress in reforms by the government of Afghan President Hamid Karzai. Countries pledged to provide a generous $16 billion (€12.9 billion) in reconstruction aid for Kabul for the coming four years. But that money is only supposed to flow if swift and tangible improvements are made in governance, in the fight against corruption and in the strengthening of civil rights -- especially for women.

"We are giving, we are helping," German Foreign Minister Guido Westerwelle said, summarizing the results of the summit in Tokyo. "But we are also monitoring."

It may sound absurd, but with these firm commitments, the international community is actually seeking to pave the way for its own exit from Afghanistan. More than two years ago, members of the NATO alliance, which currently has more than 100,000 soldiers stationed in Afghanistan, agreed to a withdrawal of the ISAF security force by the end of 2014. However, Westerwelle and his counterparts fear that Afghanistan would fall into a state of chaos after the pullout if the country does not get further support. To address those concerns, donors pledged in May to provide around $4 billion a year for local military and police forces. That has now been followed by the reconstruction budget. The two measures are meant to ensure at least a tolerable amount of security and economic stability in the country.

Warnings of Relapse to the Taliban Era

For his part, Karzai has warned of a potential horror scenario in the event that the country does not receive continued support, saying Afghanistan could return to the conditions of the Taliban era. Without aid, he said, his country would remain "vulnerable." He told politicians and diplomats at the conference that Afghanistan could once again become a base for terrorists and extremists. Karzai said: "The region as a whole, and the world beyond, will not be secure for as long as the menaces of terrorism and extremism persist, enjoying sanctuaries and support in some corners of the region beyond Afghanistan's borders." Then, reading from his script in a somewhat uninspired tone, Karzai said he would double efforts for better governance and to fight corruption.

Germany played an important role in the organization and focus of the meeting in Tokyo. Since the Afghanistan conference in Bonn in 2011, Germany has sought to attract donors for the mega aid package that has now been agreed to. And with an annual contribution of around €430 million, Germany is one of the largest providers of aid to Afghanistan. Westerwelle and German Development Minister Dirk Niebel, who also traveled to the summit in Japan, announced that Berlin intends to maintain that level of support in the coming years. Indeed, the United States and Japan are the only countries that have committed to larger contributions. In his speech at the summit, Westerwelle emphasized that Berlin would directly link its aid to "government reforms."

Germany, like the other 60 or so countries represented in Tokyo, hopes the conditions attached to the funding will spur Kabul's still dysfunctional government into action. It wants the country to finally counter rampant nepotism in Afghanistan and fulfill promises of democracy. For weeks, the international community and their Afghan counterparts wrangled over the wording of the conference's 14-page final declaration. The paper stresses that the international community's ongoing support hinges on the Afghans fulfilling their own commitments. It sends an unusually direct message for a diplomatic document.

Karzai Must Comply with 16 Points

The document shows that Kabul has made big promises. In 16 points, the diplomats have listed "joint commitments" which Karzai should tackle in his final two years in office. These include organizing free and fair presidential and parliamentary elections in 2014 and 2015, improving controls on financial markets and tackling rampant corruption. Some points are tied to specific dates, such as the implementation of a law condemning violence against women or establishing a fixed time frame for the upcoming elections by early 2013.

Although the paper remains vague in many aspects, diplomats secured some achievements. Their plans include a regular external review of Kabul's reforms. At least once a year, countries' senior representatives will gather to take stock of Afghanistan's progress. By 2014 there will be a follow-up conference in Britain to reassess the financial aid. The hope is that the fixed schedule will push Afghanistan to fulfill its obligations. However, speaking in Tokyo, Westerwelle warned against inflated expectations. "We're not talking about European standards," he said, referring to corruption. "We're talking about making things a bit better."

It remains to be seen whether the strategy of indirectly threatening Kabul will work. For a number of years, experienced diplomats have heard the Afghan government promising to do a better job, but little progress was made in the aftermath of conferences similar to the one in Tokyo. At the end of the day, the international community has no real alternative than to continue to support Karzai and his associates: Despite the many doubts, he remains the only game in town for the West. In addition, capping aid flows would be an inadequate political tool to punish the government. Instead, it would hurt the many projects seeking to help the country's poverty-stricken population.

Afghan negotiators were quite satisfied with the outcome of the Tokyo summit. Despite the conditions attached to the aid, they managed to incorporate their demand that half of the international funding will go directly to the Afghan government.

Niebel, however, insisted that "clear requirements" had been agreed on in Tokyo. He stressed that Berlin would only release tranches of aid step by step, and only if Kabul fulfils its obligations.