Chandeliers hang from the ceiling of St. George Hall in the Grand Kremlin Palace. Gold stars evoke the glory of the past. Inscriptions extolling Russia's heroes of past and present engraved between them: "For service and bravery." In 1945, the victors of the battle of Berlin were honored in the hall and, in 1961, Yuri Gagarin, the first man in space, was fêted. It's a hall for marking historical occasions.

Last Tuesday, a man stood in the limelight of St. George Hall who had previously attracted attention largely for lacking any scruples when it came to growing his private assets. Sergei Aksyonov, who was installed as Crimea's prime minister by pro-Russian forces and is known in mafia circles under the alias "Goblin," took a seat in the Kremlin in the very front row, next to the Russian prime minister.

He was there for an address by Russian President Vladimir Putin, a speech in which he lamented corruption in Ukraine and politicians who care about nothing but their own prosperity. Then he extended his hand to Aksyonov, who spent the last two decades amassing a vast business empire along the Black Sea.

Few know more about the career of Moscow's Crimean representative than officials within the Kremlin. And when Aksyonov read out a rather clumsy televized plea for Russian assistance on March 1, it is likely that Russia's intelligence services were somehow involved. Aksyonov, it was clear, hadn't written the call for help himself. With a past that leaves him open to blackmail, he's a perfect puppet.

SPIEGEL has viewed a 24-page, Russian-language dossier of Aksyonov's wheelings and dealings from a credible source. The document provides painstaking details from the life of Sergei Aksyonov, including notes on the purchase of weapons from a Tartar dealer ("at the Street of the Construction Workers No. 9 in Simferopol") and on the domestic help in his highly secretive apartment (and their "strict orders not to open the door").

The document claims that Aksyonov possesses a characteristic that seems to predestine him for higher-level roles: Namely his seeming indestructibility. In January 1996, for example, his Volvo came under fire in an attack attributed to a so-called "Greek Syndicate." Aksyonov was injured, but survived. The ambush was likely an act of revenge. Aksyonov had cut off ties with the "Greeks" and joined forces with a rival group.

At the time, Aksyonov was considered a strongman. He was a "brigadier," who collected protection money, recalls Ilmi Umerov, the head of the local administration in the Crimean city Bakhchisaray. Later, the mafia deployed Aksyonov as the director of firms under its control. Today, the newly installed prime minister of Crimea denies ever having had contacts with organized crime.

However, other incidents noted in the secret dossier suggest he maintained some peculiar friends. In 2001, police defused an explosive device that had reportedly been placed on the roof of Aksyonov's house, allegedly by competitors from the criminal underworld. In 2006, an Aksyonov detractor ordered a contract killer to attack him -- an employee of Ukraine's SBU domestic intelligence agency, according to the documents. He got caught in the net of an investigator who had been working together with Aksyonov.

The Aksyonov file also provides insights into the vast business empire the new Crimean leader has built up. Nine pages include the names, addresses and commercial registry numbers of his diverse firms. Some are registered in the name of his wife; others are in his mother-in-law's name. Many of the addresses given are letterbox entities that in truth are located in other places -- a favored trick for confusing tax authorities.

The secret documents also indicate that the network of companies includes several real estate firms, a glass factory, a construction business, a newspaper and an Internet portal based in Simferopol. Among the businesses listed is a bar -- one that even suggests a certain amount of self-irony. It's called Alcatraz. 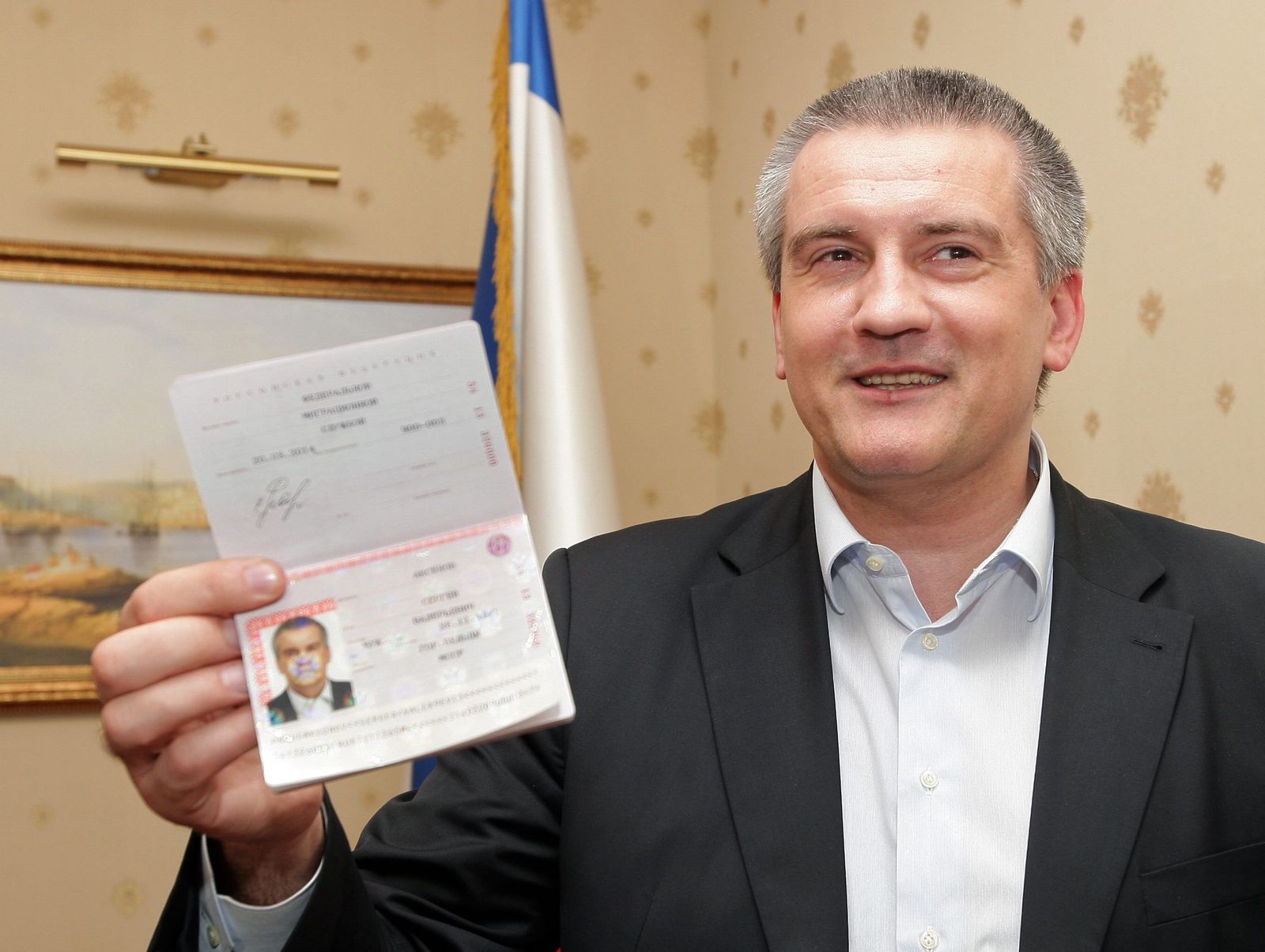