He is a thin man. His wine-red cardigan is a little too big, and his legs are like matchsticks in his brown pants. Yitzhak Ganon takes care of himself. He's freshly shaven, his white mustache neatly trimmed. The 85-year-old sits on a gray sofa, with a cushion supporting his back. He is too weak to stand by himself, but he still greets a guest in German: "Guten Tag."

Speaking is hard for him. "Slowly, Abba," his daughter Iris says, and brings him a glass of water. Her father has never in his life complained of any pain, she says.

A month ago he came back from his morning walk and lay down. "Are you sick, Papa?" Iris asked. "No, just a little tired," Yitzhak Ganon answered, before going to sleep. But after a few hours he was still tired. "I don't need a doctor," he told his daughter.

The next morning things were even worse. Ganon's wife and daughter called a doctor, who diagnosed a viral infection and told him to go to the hospital. Ganon resisted, but finally realized his life was in danger. At some point he stopped fighting the doctor's orders.

His family brought him to the hospital in his home town of Petach Tikva near Tel Aviv. He had hardly been admitted when he lost consciousness. Heart attack, the doctor said. The blood clots were cleared with the help of tiny balloons, and the doctors put five stents in him. "We thought he wouldn't survive the operation," said Eli Lev, the doctor. "Especially since he had just one kidney."

When Yitzhak Ganon came to, he told the doctors where he lost the other kidney -- and why he had avoided doctors for 65 years. A reporter from the Israeli paper Maariv heard about the story. And now, weeks after the operation, Ganon is ready to tell his story to a German reporter for the first time.

He stretches his back and looks at a photo on the living room wall. It shows the Acropolis in Athens. "I come from Arta, a small city in northern Greece. It happened on Saturday, March 25, 1944. We had just lit the candles to celebrate the Sabbath when an SS officer and a Greek policeman burst into the house. They told us we should get ourselves ready for a big trip."

The 85-year-old slides the sleeve of his shirt up and uncovers his left forearm. The number 182558 is tattooed there in dark-blue ink.

The transport to Auschwitz took two weeks. His sick father died on the journey. Upon arrival, they had to strip and submit to an inspection. Ganon's mother and five siblings were then sent to the gas chambers.

Yitzhak Ganon was taken to the Auschwitz-Birkenau hospital, where Josef Mengele, the so-called "Angel of Death," conducted grisly experiments on Jewish prisoners.

Ganon had to lie down on a table and was tied down. Without any anesthetics, Mengele cut him open and removed his kidney. "I saw the kidney pulsing in his hand and cried like a crazy man," Ganon says. "I screamed the 'Shema Yisrael.' I begged for death, to stop the suffering."

After the "operation," he had to work in the Auschwitz sewing room without painkillers. Among other things, he had to clean bloody medical instruments. Once, he had to spend the whole night in a bath of ice-cold water because Mengele wanted to "test" his lung function. Altogether, Ganon spent six and a half months in the concentration camp's hospital.

When they had no more use for him, the Nazis sent him to the gas chamber. He survived only by chance: The gas chamber held only 200 people. Ganon was number 201.

On January 27, 1945, Auschwitz was liberated by Soviet troops. Yitzhak Ganon made it back to Greece and found his surviving siblings -- a brother and a sister -- and emigrated to Israel in 1949. He got married. And he swore never to go to a doctor again. "Whenever he was sick, even when it was really bad," his wife Ahuva says, "he told me it was just fatigue."

But now Ganon is happy he finally went to the hospital after his heart attack. One week later, he had another heart attack, and was given a pacemaker. "If the doctors hadn't been there," he says, smiling for the first time, "I would be dead now." Yitzhak Ganon has survived, again. 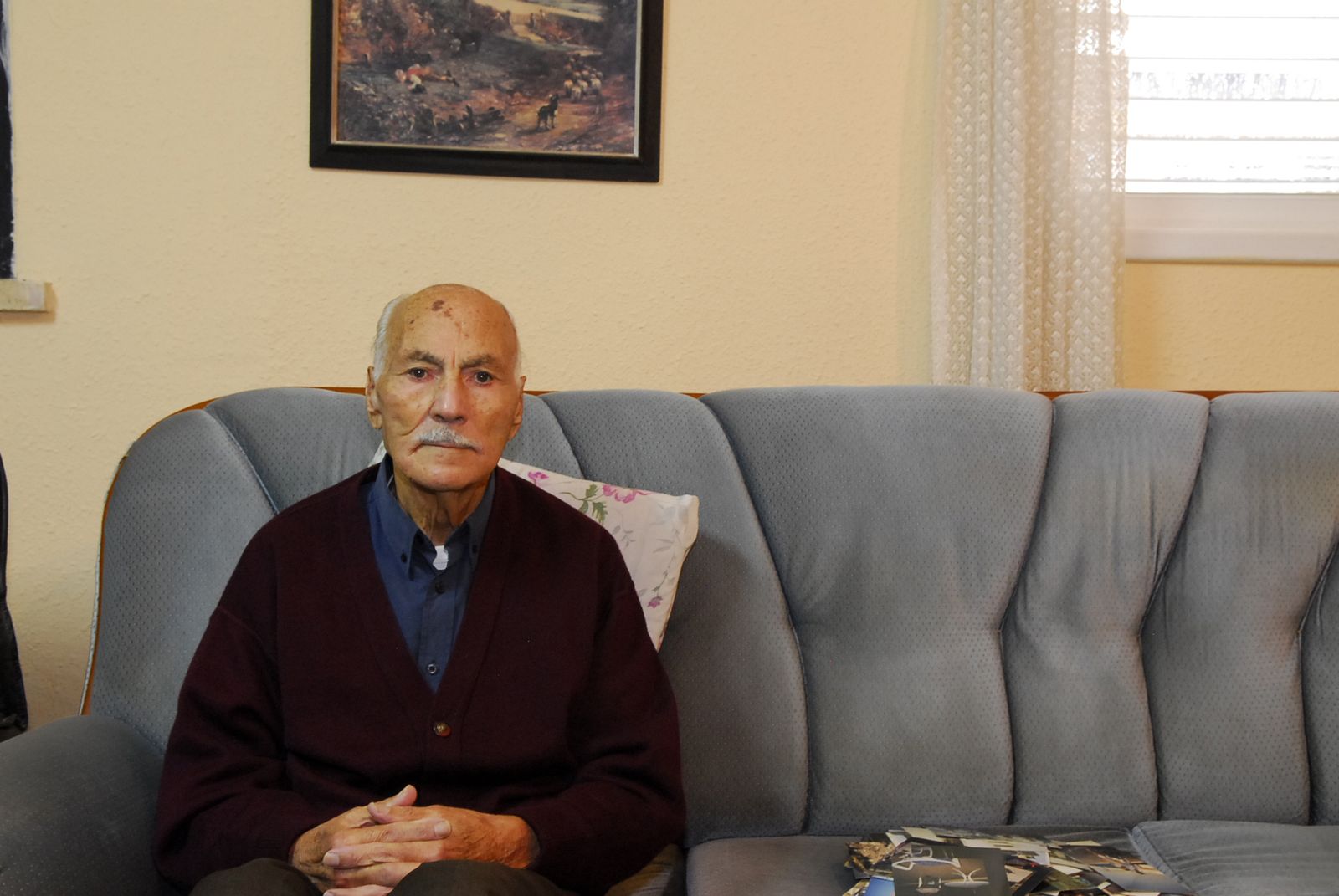