The man is small and eloquent. More than anything, though, he is determined, which makes him seem bigger than he is. His name is Patrick Lumumba, a former lawyer who is currently stirring up the powers that be in Kenya. Some careers he is cutting short, others he is giving a boost. And he would seem to have no fear.

Death threats, murder, disappearances -- people aren't squeamish in Kenya when economic interests are at stake. And those who seek to combat corruption in the country cannot show any weakness either.

Since July, Lumumba has been the director of the Kenya Anti-Corruption Commission (KACC). Whereas his predecessor seemed more interested in protecting those in power, Lumumba has shown a tendency to crack down. In the space of just a few days, the Kenyan foreign minister, the education minister, a state secretary and the mayor of the Kenyan capital Nairobi were forced to step down.

No wonder. Lumumba's office is convinced that there is hardly a single minister in the country's bloated, 42-member cabinet, that doesn't use their position to line their own pockets.

The US Embassy in Nairobi has long been monitoring the Kenyan kleptocrats -- particularly given the central role that Kenya plays in African politics. Those on the take in the government often trigger famines and instigate unrest, which then must be mitigated with Western aid money. As such, diplomats have drawn up a list of the worst offenders. Fifteen high-ranking Kenyan officials have been banned from entering the US.

During the 24 years that Daniel arap Moi was president of Kenya, between 1978 and 2002, the entire body politic was gripped by a system of personal enrichment and corruption. Despite the fact that dozens of investigative commissions have thrown light on hundreds of cases of corruption, not a single minister has ever been convicted.

In the early 1990s, for example, as part of the so-called "Goldenberg Scandal," the Kenyan government paid export subsidies to Goldenberg International and other companies for gold that was supposedly slated for export. In truth, however, the Goldenberg funds were ultimately used to finance three election campaigns, causing losses estimated at between €400 million and €3 billion. Another pilfering of state coffers came with the so-called "Anglo-Leasing Scandal," a package of crooked and shady transactions that were also used to stuff private pockets -- at a cost to the country of hundreds of millions.

Amos Wako, Kenya's attorney general for the last 19 years, makes an appearance on America's black list. According to US Embassy dispatches, Wako is largely responsible for the fact that no politician has ever been seriously taken to task for graft-related activities. Wako was originally appointed to the position by President Moi, but he held onto his office due to his excellent relationship with the country's current president, Mwai Kibaki. And he shouldn't expect much in the way of favors from the US.

In early September 2009, Ambassador Michael Ranneberger put together a dossier for the State Department on the Kenyan attorney general.

In the document classified as "secret" Ranneberger writes: "The Embassy strongly believes Mr. Amos Wako has engaged in and benefited from public corruption in his capacity as Attorney General for the past 18 years by interference with judicial and other public processes." The reports shed light on a clear pattern whereby the Kenyan judiciary invariably sought to protect those who had embezzled public money.

Even following the unrest that afflicted Kenya in early 2008 in the immediate wake of the contested presidential election, which saw 1,300 people killed in battles between rival ethnicities and hundreds of thousands driven from their homes, it was business as usual for Wako: Not a single one of the masterminds was convicted of any wrongdoing.

According to a US dispatch on the matter: "One can find an Attorney General who has successfully maintained an almost perfect record of non-prosecution. He accomplishes this through the most complex of smoke and mirrors tactics, seeking to appear to desire prosecution while all along doing his utmost to protect the political elites."

Other Top Officials on the Take

The US diplomats' opinion of Aaron Ringera, Lumumba's predecessor as head of the nation's anti-corruption agency, is similarly scathing. In a dossier assembled by embassy workers on him on Sept. 16, 2009, it says that: "Under Ringera's leadership, the Anti-Corruption Commission has actively participated in a system that works to discourage investigation, minimize the likelihood of prosecution, and throw out court cases that appear to have a chance of taking down senior government officials. Like the Attorney General, Ringera can claim a perfect record of not investigating and convicting a single Kenyan government official. This is a remarkable tally in a country that is consistently ranked among the most corrupt in the world."

Yet another figure the Americans would like to see ushered off the political stage or put behind bars is Henry Kosgey, Kenya's current minister of industrialization. Kosgey is a long-time veteran of Kenya's political scene: He has held a seat in parliament on and off since 1987, he was head of Kenya's national insurance company until it went bust on his watch, and he has held positions as the minister of science and technology and as the minister for education. At the moment, he is involved in a scandal involving imported cars.

The dispatch includes references to unsubstantiated accusations against him: "Kosgey is ... accused of looting the real estate assets of former parastatal Kenya National Assurance Company (KNAC) when he served as its director from 1989 to 1992.... By illegally appropriating KNAC's most valuable assets, Kosgey reduced the company to an undercapitalized shell that ultimately collapsed.... As a result of the collapse of KNAC, 900 employees lost their jobs and thousands of Kenyans from all walks of life lost their pensions or did not receive insurance payments upon the deaths of beneficiaries."

Yet another dispatch fingers Kosgey as one of the masterminds of the violent unrest following the 2007 presidential elections: The dispatch says that a report compiled on that violence "alleged that Kosgey participated in incitement, planning, and illegal financing of post-election violence in and around his rural constituency ... in the Rift Valley province.... Many workers and their families ... fled or were driven out of the area during the post-election violence."

Kosgey has also reportedly cost the United States a great deal of money: "Kosgey's diverse corruption activites over decades have negatively impacted US foreign assistance goals in a number of ways. His continuing ownership of illegally transferred forest lands, part of the greater Mau Forest which comprises Kenya's largest water catchment area, has contributed to ethnic conflict over land ownership in the Rift Valley, and has also contributed to deforestation and resulting drought and hunger that currently plagues Kenya. Donors, including the United States, have had to provide billions of dollars in emergency food aid to Kenya over the last four years of chronic drought."

Ministers like Kosgey and his ilk were long able to go about their business without much to worry about. That, though, looks as though it is changing. Lumumba says that he is currently pursuing investigations into four ministers and 45 other officials in semi-public office. 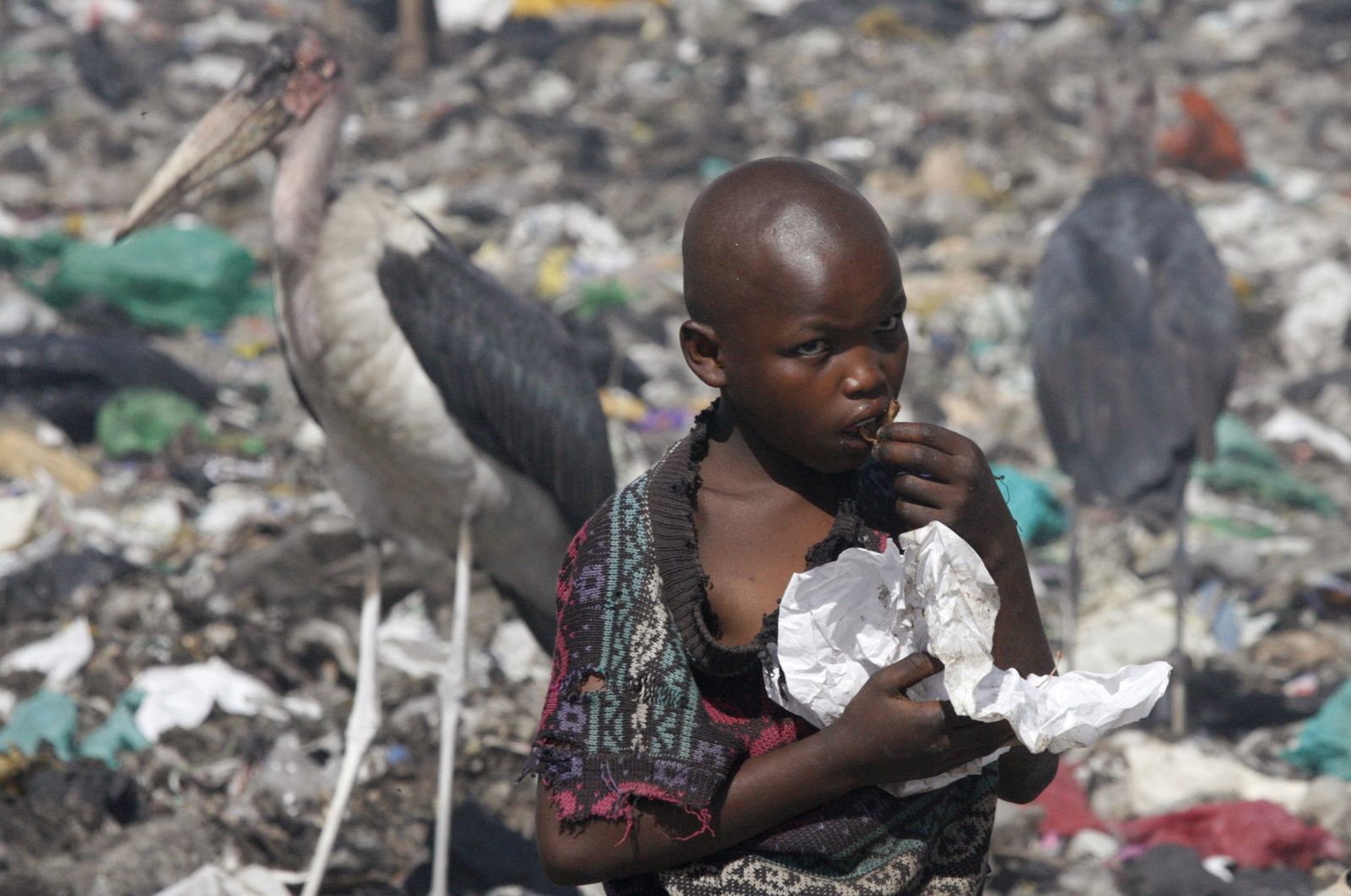 According to US dispatches, corruption in Kenya contributes to ethnic violence, hunger and droughs.