Tensions continue to simmer between Washington and Quito over the Edward Snowden affair. After the United States threatened to eliminate special trade benefits with Ecuador, the South American country unilaterally moved on Thursday to terminate a trade benefits deal with the country. A short time later, the US said it would also review trade advantages given to Ecuador.

For Washington, the latest developments are a further setback in the diplomatic nightmare surrounding whistleblower Snowden, who has been on the run since leaking documents about collossal American and British Internet spying programs to Britain's Guardian newspaper. Washington's threatening gestures come at an opportune time for politicians in Quito.

In Ecuador, few believe that a trade deal in place with the US since 1991 will be extended. Numerous conflicts already existed between the two countries even before the Snowden affair.

In 2009, for example, President Rafael Correa ordered the closure of an American military base on the Ecuadorean coast. It's a move the president made despite the fact that the trade benefits had been quid pro quo for Ecuador working together with the United States to fight drug smuggling. In 2012, Correa duped Washington yet again by offering Julien Assange political asylum in Ecuador. The WikiLeaks founder then took refuge in the Embassy of Ecuador in London and has been living there ever since.

Recently, Washington returned the favor with its harsh criticism of Ecuador's suppressive new media law. When American Ambassador Adam Namm visited a protest event against the law in May, Correa grumbled that Namm was a troublemaker who shouldn't be interfering in the affairs of others.

"It been clear to the Ecuadorian government for a while that the trade agreement would not be extended," Santiago Zeas, a political analyst at Quito's El Comercio newspaper said. In recent days, politicians have said on the television that if the deal is suspended, the shortfall in revenues could be made up through government subsidies for the export industry. In light of this, it's not surprising that Ecuador reacted so quickly to threats from Washington.

The development does in fact offer some advantages for Quito. It will enable Correa and his supporters to even more assertively present themselves as champions of freedom of opinion. At the press conference Thursday in which Ecuador terminated the trade benefits, Correa's spokesman thumbed its nose even further at Washington by offering the US $23 million a year in aid -- approximately the volume of the savings accrued through the trade benefits -- in order to improve the humanitarian situation in the United States. The funding, spokesman Fernando Alvarado said, could be used to help "avoid violations of privacy, torture and other actions that are denigrating to humanity."

Correa would love nothing better than to position Ecuador as fearless while disparaging the more powerful US. "It has always been very important for Correa to show that he isn't obedient to the US," German political scientist and Ecuador expert Jonas Wolff of Peace Research Institute Frankfurt told SPIEGEL ONLINE. He added that Correa is notorious for hours-long speeches in which he rants against American imperialism.

And even if he didn't want to, given the current escalation, Correa likely has no other choice politically than to offer Snowden asylum. He would lose face if he decided to reject the application. And even if there had been the possibility of some kind of trade deal between the US and Ecuador, Washington's latest menacing gestures appear to have nixed that opportunity once and for all.

But while Ecuador's leaders may be showing demonstrative strength against Washington, many Ecuadoreans view their actions with concern. They fear that positive economic developments in Ecuador could be imperiled if the US moves to impose sanctions on the country.

"This is an irresponsible decision that is solely inspired by political and ideological interests and not what an (elected) representative should base his decisions on -- the welfare of the people," Blasco Peñaherrera, head of the Ecuadorian chamber of commerce, told Ecuadorian news agency EFE. After describing it as a "hostile act," he also expressed his worry that the US might respond with sanctions.

"Edward Snowden is a courageous man," said Zulema Mera, a schoolteacher in Quito. "I support us letting him in, but I am also afraid that by doing so we are going to create an opponent that could be too powerful for us." 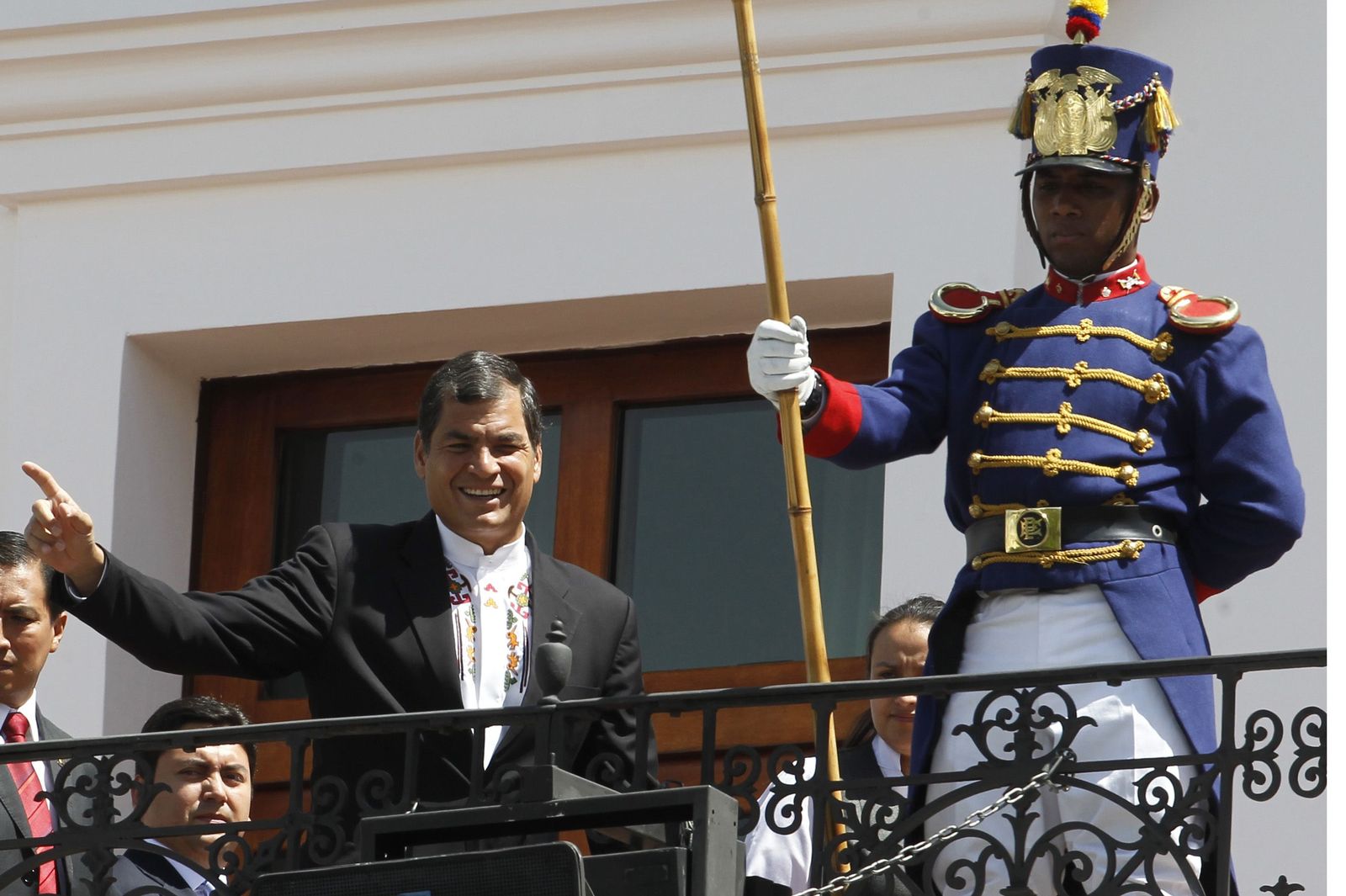 Ecuador's President Rafael Correa may have no other choice politically but to grant Edward Snowden asylum.