Agnes Callamard, UN Special Rapporteur on Extrajudicial, Summary, and Arbitrary Executions, presented animportant new report to the UN General Assembly on Friday. The report is on "Unlawful Death of Refugees and Migrants" -- already an unordinary focus for her mandate. In recent years, her office has focused nearly exclusively on counter-terrorism, particularly on deaths by drone attacks.

As she explains, the report concerns "an international crime whose very banality in the eyes of so many makes its tragedy particularly grave and disturbing." The contention is rather dramatic, and we believe that it is indeed historic, at least as far as reports by UN bodies are concerned.

Callamard spells out the practical implications: "The International Criminal Court should consider preliminary investigation into atrocity crimes against refugees and migrants where there are reasonable grounds that such crimes have taken place and the jurisdictional requirements of the court have been met." It is particularly out of the ordinary for a UN body to recommend to the International Criminal Court what cases it should consider, but that is exactly what Callamard has chosen to do.

Against the backdrop of constant militarization of borders, her recommendation is urgent; yet without some contextualization, it can be easily misunderstood. The discipline of international criminal law emerged in aggression and atrocity. The paradigm, still capturing popular imagination, is of course the catastrophe of World War II. Aggressive war was at the center of the jurisdiction of the international military tribunal created by the allied victors. The existence of war was necessary in order to pass judgement on the perpetrators of collective violence.

Only gradually has the practice of international criminal law moved away from the fixation on war as the necessary trigger for international accountability. International criminal prosecution diversified its focus. The legal concept of crimes against humanity, linked to war at Nuremberg, is no longer tied to it. For example, the indictment of General Augusto Pinochet in 1998 had associated criminal prosecution with a society's attempt to reckon with past tyranny.

At the same time, the creation of the International Criminal Court (ICC) was brimming with potential. The support it enjoyed was not only associated with mass atrocities but also with an aim to achieve global justice. Crimes Against Humanity, not necessarily linked to war, feature in the ICC's jurisdiction. They include crimes like apartheid, which is a system of government rather than a method of war. Prohibited acts when committed as a "widespread or systematic attack against a civilian population" encompass an array of practices that may occur in times of peace: torture, which is often practiced in law enforcement contexts; imprisonment without procedural safeguards or in abhorrent conditions; persecution, which is the severe deprivation of fundamental rights through discrimination; and unlawful deportation.

Ioannis Kalpouzos is a lecturer for international law at City University London. He is a founder of the Global Legal Action Network.

Itamar Mann teaches international law at the University of Haifa. In 2016, his book "Humanity at Sea: Maritime Migration and the Foundations of International Law" was published.

While international criminal law has reached outside the realms of war, war and militarization have arguably spread into many realms of civil life. The "endlessness" of war, which commentators now often point out, should not only refer to war's duration. It also reflects the many ways in which war has expanded endlessly, in many ways becoming the mold of our everyday. The "Unlawful Death of Refugees and Migrants" are only one aspect of this. With increased global inequalities, new transportation and communication technologies, and an unfolding climate catastrophe, affected people are migrating to the sources of livelihood in the "global north". Populations in the latter have begun feeling threatened more by the mass of poor (often black and brown) people, than by an armed attack.

Militarized borders have soon been deployed against migrants on the fault lines between the "developed" and the "developing" worlds. At least since 2009, the EU agency Frontex has deployed a border control operation in Greece. Frontex has ratcheted up surveillance, including by the use of drones, and oversees conditions of detention which the European Court of Human Rights has deemed inhumane.

Australian enforces its maritime borders by a navy operation led by a Major General. In a particularly cynical measure, Australia has introduced windowless and allegedly un-drownable rafts to push refugees back to foreign shores. In 2015, European countries sought and obtained a UN Security Council Resolution to use force against smugglers in the Mediterranean, a extraordinary measure clearly signaling the unprecedented militarization of border controls. As in other parts of our lives, militarization has gone hand in hand with privatization. Australia has struck agreements with Nauru and Papua New Guinea and used private corporations like G4S and Ferrovial to host and run camps of indefinite and inhumane detention. The EU has used Turkey and, most lately, Libyan militia to ensure migrants don't make it across the Mediterranean.

The US Immigration and Customs Enforcement Agency (ICE) is increasingly accused of 'torture-like' practices in support of the Government's deportation imperatives. Some of its detention facilities are also privately run. Callamard makes an extremely important observation when she concludes that parts of these practices amount to international crimes. They are composed of prohibited acts, which, in a systematic and widespread manner, constitute an attack against migrants.

Their impact on the world's most disempowered populations is tremendous, ranging from deaths by drowning to the epidemic of mental illness and self-harm in refugee camps the world over. As the Special Rapporteur rightly says, when crimes of such gravity are committed within the jurisdiction of the International Criminal Court, the Court should act. Yet international law does not recognize the existence of a generalized and globalized international crime, one that Callamard's report may be taken to suggest.

The practice of international criminal law requires prosecutors to investigate a "situation," thus severing a particular temporal and special unit as the focus of concern. For the last few years, we have been working to help explain the need for such an investigation, and to clarify where might such an investigation take off.

We first conducted a study on Greece. Later, we researched Australian practices and indeed submitted to the ICC prosecutor an international criminal complaint directed primarily against Australian government agents. This work could only be done with the support of a large group of senior international lawyers, brought together by a clinic at Stanford Law School and the Global Legal Action Network (GLAN). We believe that around the world affluent populations are waging war against the struggle for equality that poorer populations are fighting with their feet.

Particularly in Australia's offshore detention centers, the subject of our complaint, this war is committed through criminal means. If the International Criminal Court chooses one situation to investigate, Australia's centers may be the most egregious.

Make no mistake, the effort to move international criminal justice from war to migration is not yet another attempt to expand the gamut of a cash-strapped and inefficient court. It is, rather, an attempt to shift political priorities, in the Court and outside of it, away from looking for "monsters" committing spectacular violence and towards addressing increasingly normalized suffering. The very "banality" of these crimes, we argue, is a testament to their gravity and the necessity of their prosecution.

Nor should this shift end with the focus on crimes committed against migrants. With the results of climate change recently made visible in Puerto Rico and California, the fight of those hit hardest by climate change-inducing emissions is only beginning. A failure to address these new priorities today will be extremely dangerous, and reinforce the darkest of narratives for the 21st century.

To paraphrase sociologist Zygmunt Bauman, it will invite a reality in which one part of humanity will cast another part's lives to waste. On the other hand, new priorities, including accountability on migration issues, will better reflect the International Criminal Court's basic mandate: to punish crimes "of interest to the international community as a whole." 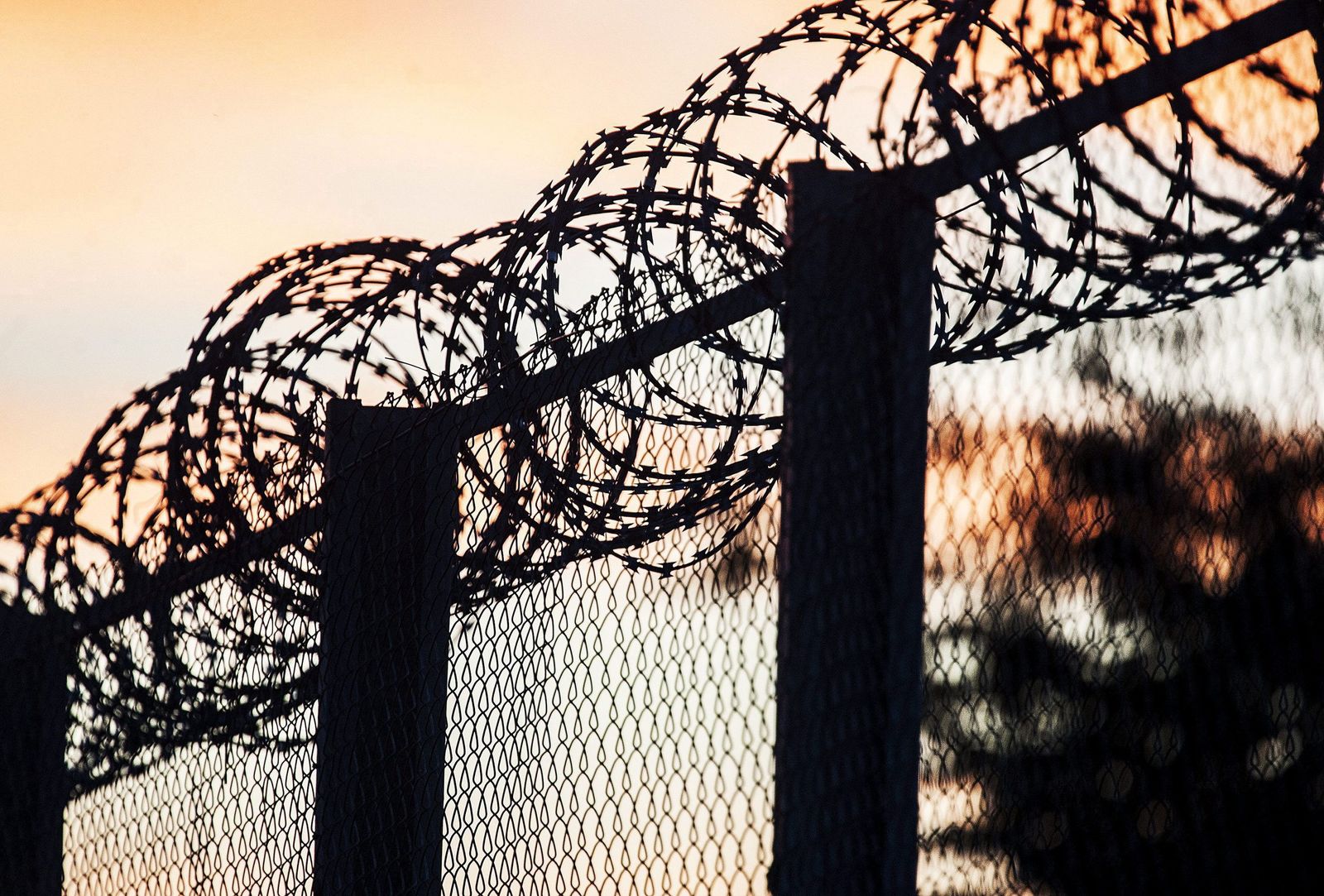 Border fence between Hungary and Serbia.