On Wednesday, the German government is welcoming Egyptian President Abdel Fattah el-Sisi to Berlin for an official state visit, despite the fact that he imprisons and tortures critics and even has them killed. German Chancellor Angela Merkel of the conservative Christian Democratic Union (CDU) previously stated she would only invite the Egyptian leader after parliamentary elections, which probably would be neither free nor fair. But now he has been invited to Berlin, even without any date in sight for elections. What caused this change of heart?

In March, Egypt's Constitutional Court annulled the country's election law. Sisi invited international investors to Sharm el-Sheikh. German Economics Minister Sigmar Gabriel of the center-left Social Democratic Party (SPD) then traveled to the country with a delegation of business leaders. At the time, German engineering multinational Siemens signed memorandums of understanding worth up to €10 billion ($11.14 billion) with the Egyptian government. Gabriel then personally delivered to Sisi the chancellor's coveted invitation to visit Berlin.

The German government is forfeiting one of its most powerful diplomatic instruments in exchange for a lucrative business deal. By welcoming Sisi in Berlin, the government is now providing him with the international recognition he needs. It is legitimizing a leader who is ruling Egypt more brutally than Hosni Mubarak did.

Merkel's move also provides a green light to the international business community. By supporting the new autocrat, Germany is saying that it is alright to invest in Egypt. It represents a slap in the face to those in Egypt who have fought for democracy. It sends the message that Germany, which once praised you, is now betraying you.

In terms of credibility, influence, decency and prestige, Germany will pay a high price for Sisi's visit that is difficult to measure. It would be in Germany's interest to continue applying pressure to Sisi. Only through negotiation and compromise can Cairo build a better and more stable Egypt.

Merkel Should Use Her Leverage

Sisi is turning Egypt into a mafia-like, secret service state with an unpredictable judiciary that is sentencing hundreds of people within minutes to death. He is fueling Libya's civil war with illegal arms exports. Under his rule, Cairo can no longer be counted on as a mediator between Palestinians and Israelis.

Germany has important leverage it could be using -- for it is Sisi who needs money and recognition from Berlin, not the other way around. Berlin could insist on deeds rather than words. There is a wide spectrum between boycotting Egypt and a normalization of relations.

Instead, it appears the government in Berlin prefers to turn a quick profit in the form of a deal for a German blue chip company worth between €4 and €10 billion, depending on the size of the contract that is signed on Wednesday.

In order to facilitate the export of a German combined-cycle power plant, wind power capacity and a factory to manufacture rotor blades, the German government has sold out its political interests and principles. 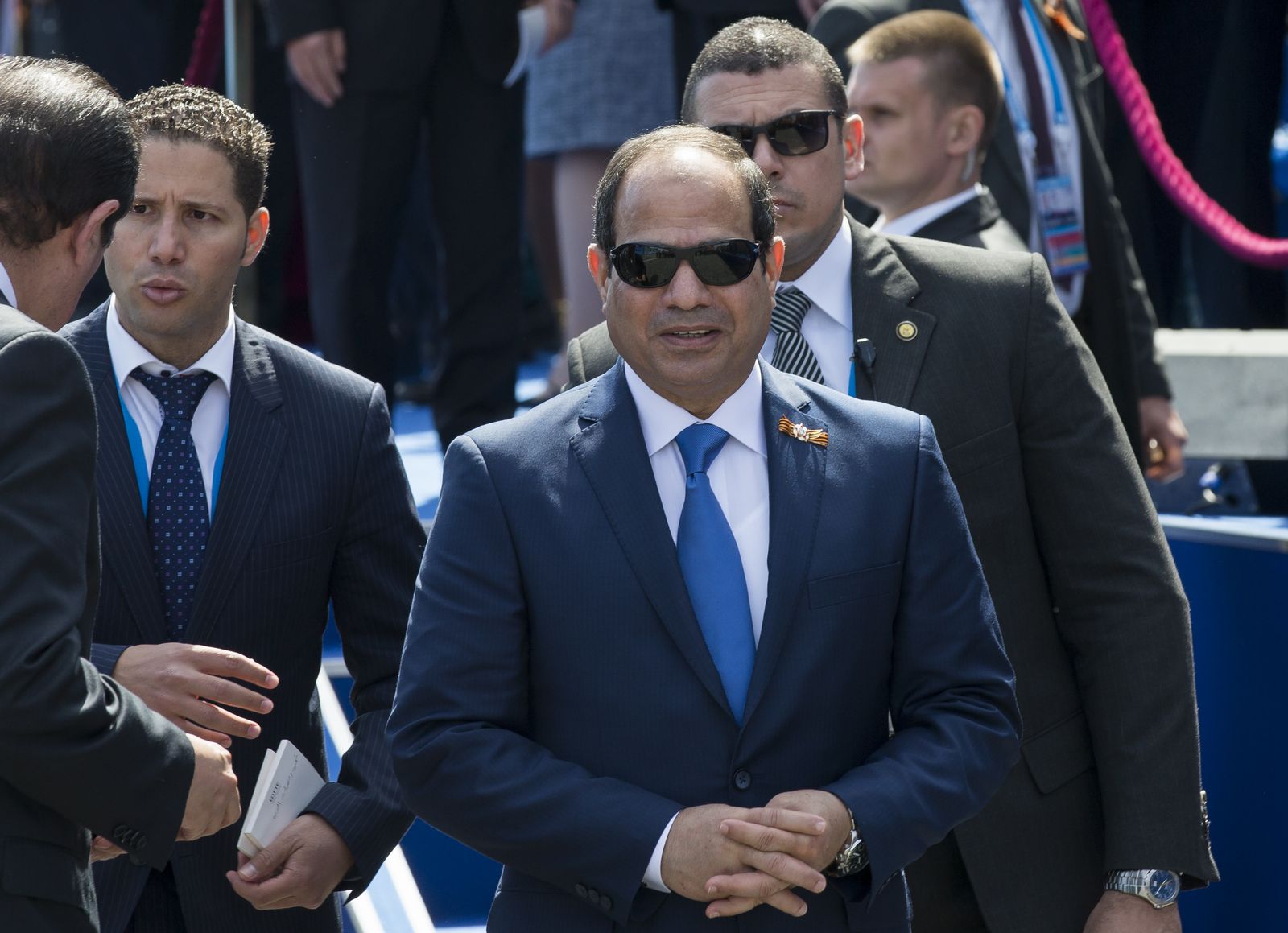 Egypt's President Abdel Fattah el-Sisi has been invited to Berlin