Turkish President Recep Tayyip Erdogan wants to hold a major speech in Germany soon. He hopes to use it as a chance to promote proposed changes to the Turkish constitution that would be the decisive step in transforming his country from an autocratic, despotic state to a dictatorship. It's the height of chutzpah: The Turkish president wants to take advantage of our freedom of assembly and expression to promote the elimination of precisely those civil liberties in Turkey. Must we accept this?

There are very strong voices out there who would like to ban the appearances by Erdogan and the cabinet ministers who he controls. A number of cities have already formally canceled planned events, citing security concerns. Those decisions prompted Erdogan over the weekend to compare the bans to methods used by the Nazis, a comparison that is as outrageous as it is dumb, further escalating tensions between politicians in Germany and Turkey.

But those who seek to prevent speeches because they don't like the content are simply falling prey to the same reflexes as the despot himself. In mid-February, the Turkish judiciary under Erdogan's control detained Deniz Yücel, the Turkey correspondent for the German daily Die Welt and a dual German-Turkish citizen, because the regime doesn't like what he writes in his articles. More than 150 Turkish journalists had already been silenced earlier by Erdogan's repressive apparatus.

German politicians should also seek to avoid empty vengeance. The travel bans or economic sanctions that some are calling for would be acts of defiance that might satisfy a need for revenge, but they wouldn't help anyone. As difficult as it might be, ongoing dialog with Erdogan and his regime remains vital, not least so as to help regime victims like Yücel. But this dialog must be conducted with confidence, with independence and in harmony with our own convictions.

Unfortunately, Chancellor Angela Merkel and her government are anything but confident when it comes to dealing with Erdogan. Instead they are sadly inhibited. That is primarily because Merkel's Turkey policies are mostly driven by fear. She is paralyzed by concerns that Erdogan could put an end to the refugee deal -- a threat he has repeatedly issued. The deal's goal isn't all that complex: Erdogan, whose country is home to just under 3 million refugees, has agreed to prevent a further wave of migration to Germany and is being paid a handsome sum of money for his services as doorman. Not just with billions of European euros for the care of refugees in Turkey. But also with ignoble silence about his trampling of democracy and human rights.

Given that a new wave of refugees could destroy Merkel's chances of re-election this fall, the chancellor has been conspicuously submissive in her approach to Erdogan. When German comedian Jan Böhmermann last year recited a viciously critical poem about Erdogan on air, Merkel quickly denounced it for being "intentionally abusive." Anticipatory subservience rarely comes across as dignified. The fact that Erdogan's army destroys Kurdish villages and is putting not only journalists, but also countless civil servants in jail, by contrast, is seldom if ever commented on by the German government. Instead Merkel paid her compliments to the president on two occasions ahead of important votes in Turkey and, consciously or not, became an accomplice by doing so.

Merkel's government has also acted strangely in the case of journalist Yücel. It was not a coincidence that the Turkish ambassador in Berlin was requested to attend a meeting to discuss the issue in Berlin. When governments want to send a clear message of disapproval, they issue a summons to ambassadors, as the Turkish government did to the German ambassador on Thursday when the city of Gaggenau canceled a propaganda event with the Turkish justice minister. But even that goes too far for this German government, despite one of its citizens being deprived of his freedom for merely doing his job -- that of helping to protect freedom.

To exude confidence and once again act in accordance with German values, Merkel must overcome her fear for once and for all. That doesn't mean ending the refugee deal herself. But she should cease allowing her actions to be determined by the fear of Erdogan doing so. It's time to develop alternatives -- by promoting a European refugee policy that does not outsource the protection of EU borders to Turkey but instead sees the EU taking on that responsibility. Key countries involved in the refugee crisis, including Italy and Greece, finally need to be provided with support in the form of money, experts and infrastructure that they need in order to register migrants at the EU's external border, review their cases and make a decision as to whether they should be deported or not. It's high time for Europe to free itself from Erdogan's shackles. 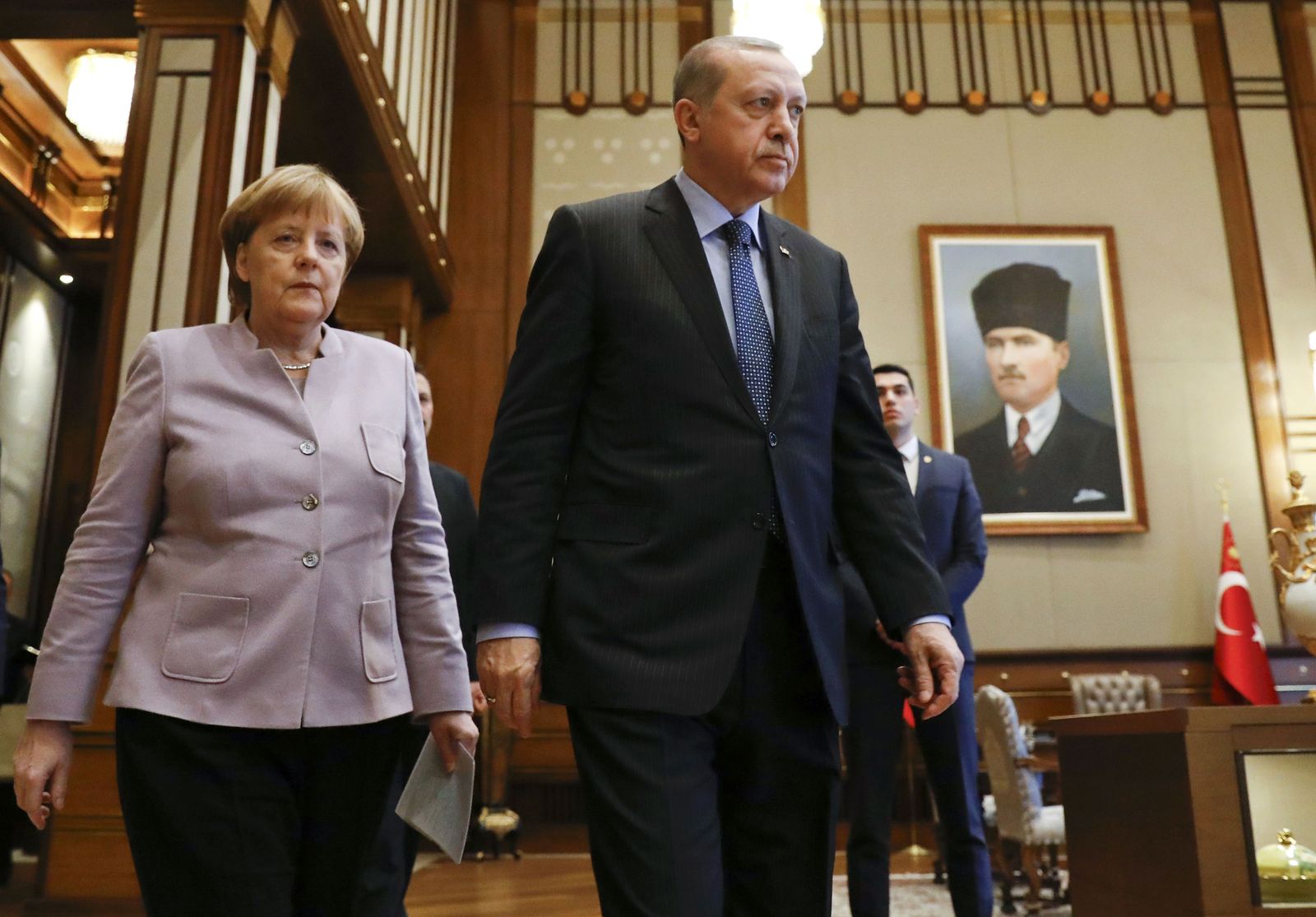