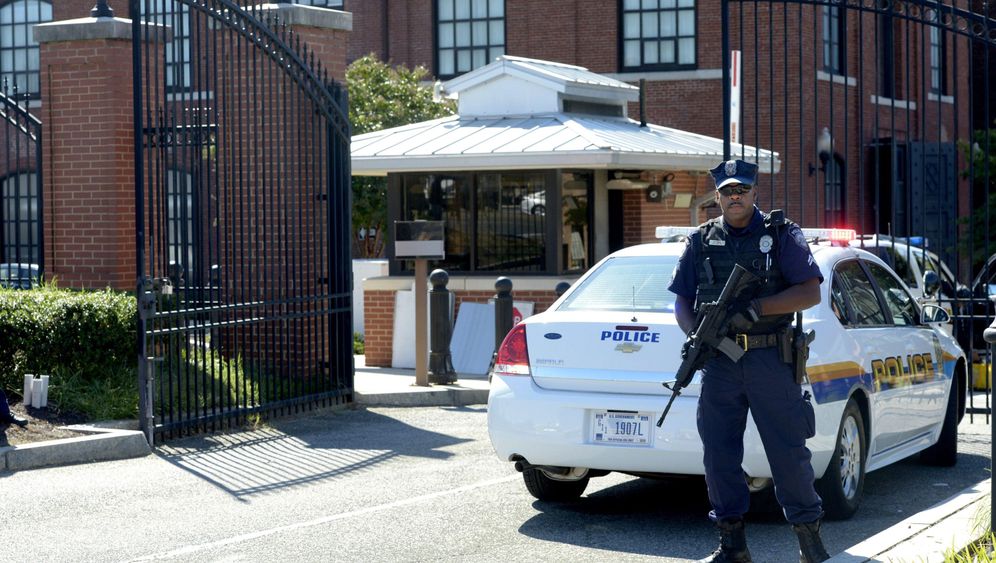 Barack Obama didn't make much of an effort. The United States president could only find it in himself to offer a few obligatory words after the killing spree in Washington, only 5 kilometers (3 miles) away from the White House: condolences to the victims, gratitude for the Navy and the police -- and the empty oath to investigate the matter "as we do so many of these shootings, sadly, that have happened, and do everything that we can to try to prevent them."

The meaninglessness of this ritual is also made apparent by Harry Reid, the Democratic majority leader in the Senate. When asked whether he will now propose a bill for the strengthening of gun laws, he answers laconically, "We don't have the votes."

The problem is that nothing can uproot the underlying phenomenon: America's fascination with firearms as the ultimate form of conflict resolution. It is a historical and long-legitimized fascination that was once tied to basic survival and has since been turned into a profitable business by Hollywood and the gun industry.

Mayors Against Illegal Guns, a coalition of more than 1,000 mayors, will hold a protest this Thursday in Washington against the firearms madness. But their anger can fade too, as witnessed recently in Colorado, after voters ousted two Democrats who had supported the group from the state senate -- and replaced them with two Republicans sponsored by the powerful gun lobby, the National Rifle Association (NRA). Criticizing guns in America is political poison.

It's hard to believe: Newtown was only nine months ago. The tragic school shooting sunk the nation into collective trauma. Obama swore to devote "whatever power this office holds" to enact tougher gun control. The watered-down law that arose from the shooting and was meant, at the very least, to improve the system of background checks failed in the Senate -- due to resistance from both parties.

One thing is certain: Aaron Alexis could have purchased this equipment elsewhere, as well. Guns don't kill people, people do. That's the frequent catchphrase of the NRA, who has remained conspicuously silent in the wake of the Washington shooting.

There's something else the NRA likes to say: "The only way to stop a bad guy with a gun is a good guy with a gun." This motto was put to use on Sunday night in the heart of Manhattan, just two blocks from Times Square. Two New York City cops shot wildly at a confused -- and unarmed -- man. Instead they hit two passers-by.

On the same night, a young policeman in North Carolina fired 10 bullets into the body of a 24-year-old. The young black man was running up to the policeman after surviving an automobile accident -- he was looking for help.

Even "good guys" succumb to the weapons fetish. But most of them limit their rage to violence-soaked, gun-glorifying video games, such as the new "Grand Theft Auto V." Video game market experts predict the game will bring in $1 billion in the first month.

Once again, Washington looks away. Obama has gambled away his political capital anyway. The Syrian conflict has alienated him from even his own supporters in the Democratic Party. Larry Summers, the president's preferred candidate for chairman of the Federal Reserve, chose instead to remove himself from consideration. Immigration reform, Obama's next and last major project, is bound to be a stillbirth. And yet another, equally senseless debt drama is hovering on the periphery.

Any wise thoughts on gun violence? No chance. Even Obama's spokesman Jay Carney admits: "That's the world that we live in."