Trump's renown is rooted in American hero myths. Trump says that women like Carla Bruni lust after him, something that women like Carla Bruni vehemently deny. Trump says he is exorbitantly rich, yet Trump ran himself into the ground with his casinos to the point that he was 295 million dollars in debt in 1990. He was bailed out by the banks and by his father. The greatest myth, though, has to do with Trump's alleged negotiating expertise. This too is nonsense. Trump was never proficient in the art of the deal. As a businessman, he paid far too much for substandard properties and has shown no patience as a politician. He isn't curious. His preparation is nonexistent. Strategy and tactics are both foreign to him. Trump is only proficient in destruction. And that's what he does.

He backed out of the Paris climate agreement while promising a "better deal for America." But nothing came of the promise, neither a plan nor meaningful talks. In Trump's Washington, the only thing that matters is dismantling the legacy of his predecessor, Barack Obama. Trump also promised to improve Obama's health care plan, but the details are complex and bothersome. So Trump destroyed Obamacare and has done nothing to replace it.

Now, he is playing the same game on the world stage with the Iran nuclear deal. Trump refers to it as "the worst deal ever," which is why he has now pulled the U.S. out of it. The negotiations that resulted in the deal in 2015 were a masterpiece of international diplomacy, but there are no plans in place to launch new talks.

Trump wants to bring the Iran regime to its knees with sanctions, but domestic political considerations in Tehran make it unlikely that the country will buckle. Leaders who demonstrate weakness in Iran are discarded. It seems more likely that they will close ranks. Iran-supported groups like Hezbollah are likely to pour fuel on the fire of conflicts in Yemen or Lebanon -- as close as possible to Israel's border. Iran presumably won't pursue the path of extreme escalation, since such a path wouldn't be beneficial, but it will likely cease allowing observers into the country, stop providing information on its uranium enrichment activities. It will seek to conceal what the West would like to know.

And what are the benefits of Washington's radical move? There are none. Just chaos where there was once order. Just American capriciousness after decades of stability.

The most shocking realization, however, is one that affects us directly: The West as we once knew it no longer exists. Our relationship to the United States cannot currently be called a friendship and can hardly be referred to as a partnership. President Trump has adopted a tone that ignores 70 years of trust. He wants punitive tariffs and demands obedience. It is no longer a question as to whether Germany and Europe will take part in foreign military interventions in Afghanistan or Iraq. It is now about whether trans-Atlantic cooperation on economic, foreign and security policy even exists anymore. The answer: No. It is impossible to overstate what Trump has dismantled in the last 16 months. Europe has lost its protective power. It has lost its guarantor of joint values. And it has lost the global political influence that it was only able to exert because the U.S. stood by its side. And what will happen in the remaining two-and-a-half years (or six-and-a-half years) of Trump's leadership? There is plenty of time left for further escalation.

Every Wednesday at 11:30 a.m., senior DER SPIEGEL editors gather to discuss the lead editorial of the week and ultimately, the meeting seeks to address the question: "What now?" Simply describing a problem isn't enough, a good editorial should point to potential solutions. It has rarely been as quiet as during this week's meeting.

Europe should begin preparing for a post-Trump America and seek to avoid provoking Washington until then. It can demonstrate to Iran that it wishes to hold on to the nuclear deal and it can encourage mid-sized companies without American clients to continue doing business with Iranian partners. Perhaps the EU will be able to find ways to protect larger companies. Europe should try to get the United Nations to take action, even if it would only be symbolic given that the U.S. holds a Security Council veto. For years, Europe has been talking about developing a forceful joint foreign policy, and it has become more necessary than ever. But what happens then?

The difficulty will be finding a balance between determination and tact. Triumphant anti-Americanism is just as dangerous as defiance. But subjugation doesn't lead anywhere either -- because Europe cannot support policies that it finds dangerous. Donald Trump also has nothing but disdain for weakness and doesn't reward it.

Clever resistance is necessary, as sad and absurd as that may sound. Resistance against America. 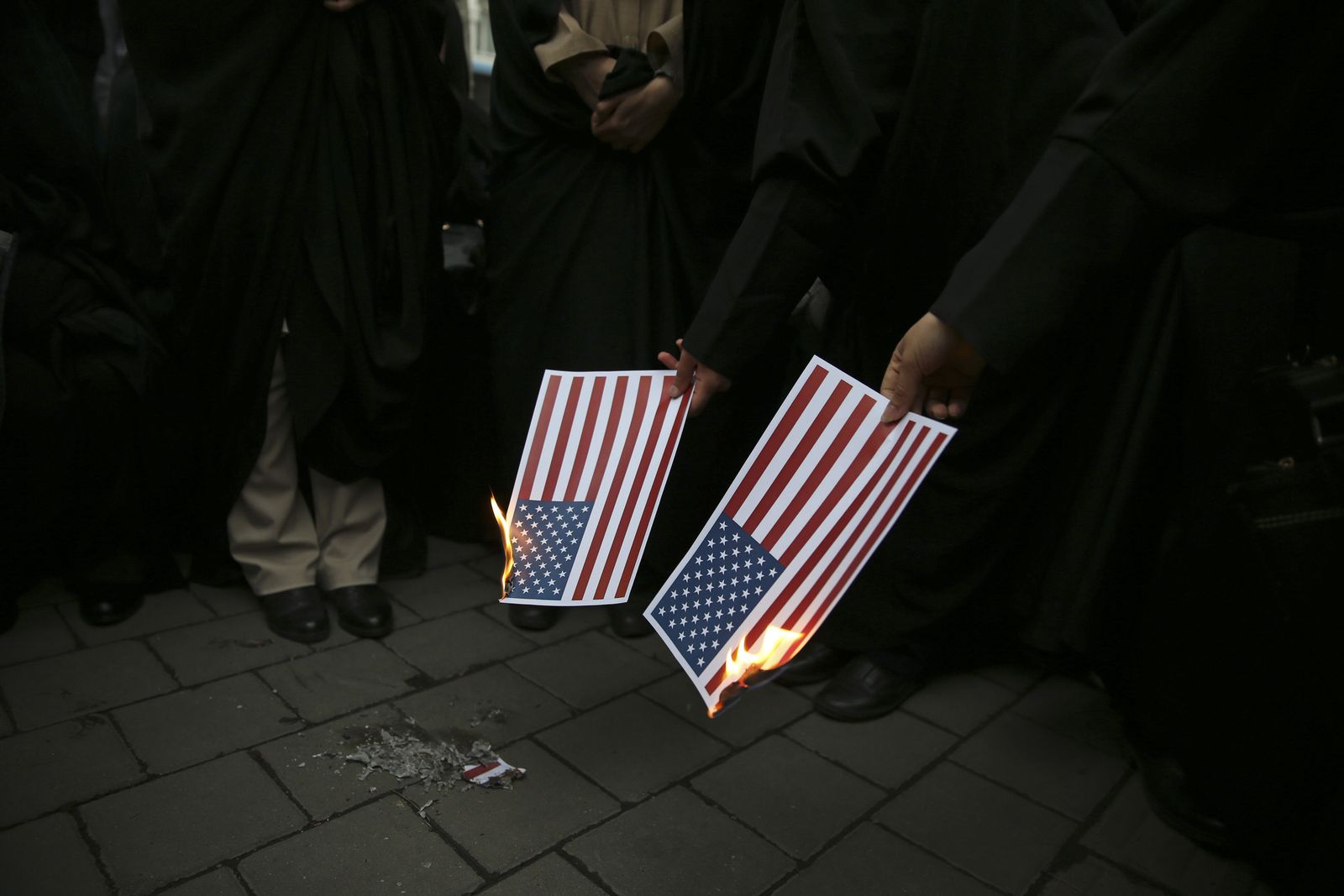