The idea was to send out a strong message: The Free World stands together in the fight against Islamic State (IS). Which is why representatives from 68 countries met for an anti-IS coalition summit in Washington on March 22.

Since that meeting, though, things have been oddly quiet. Few announcements have been made and, above all, there is no plan. Some participants complained afterward that the meeting had been poorly planned. But how could it have been? In January, almost the entire leadership of the U.S. State Department resigned and President Donald Trump has yet to replace them.

Meanwhile, a growing number of reports have emerged of U.S. bombings in both Syria and Iraq in which dozens of civilians are believed to have been killed. On March 17 in Mosul, up to 200 people are thought to have lost their lives. Such is the result of Trump's announcement that would give the military greater latitude: More bombs are now falling, but there is still no plan in place for how to defeat the terrorists following the predictable fall of the Islamic State-held cities Mosul and Raqqa.

The organization that came to be known as Islamic State was already destroyed once before under a different name. That was prior to 2010. But it experienced rebirth and there is concern that another resurrection could be in its future. The "caliphate," the territory currently controlled by IS, will soon fall. But fertile soil is already being prepared for the next monster, an "Islamic State 2.0," which will likely return to operating underground. And one reason for this, beyond their mere cruelty, is that many of the groups in the anti-IS coalition are actually hostile to one another and are likely to resume fighting following the victory over IS.

Trump, who had actually wanted to do things completely differently than his predecessor, is now continuing Barack Obama's Middle East policy. Except that he is doing a worse job of it. He is pursuing all sorts of goals that contradict each other. First, in Syria, he wants to fight IS side-by-side with Russia and, by extension, Iran. Second, in Yemen, Trump has identified Iran as the primary enemy and wants to increase support for Saudi Arabia and the Gulf states in their bombing campaign against the Shiite Houthi rebels. Trump's reasoning: Iran must be contained. But the better place to do that would be Syria, given that Iran's Revolutionary Guard is organizing the ground war for dictator Bashar Assad.

Third, the U.S. is providing air support to the Shiite militia advance into Mosul. These militias have already established their first bases in the liberated eastern half of the city under Iranian leadership after driving hundreds of thousands of Sunnis out of the provinces, killing thousands and razing entire villages.

No Plan, No Logic, No Nothing

There is no plan, no logic, no nothing -- at least not on the part of the Americans. Even under the aegis of Obama, it was unclear which goals the U.S. was pursuing in the midst of the murderous upheavals taking place in the Arab World. IS, which Obama dismissed as a group of amateurs at the beginning of 2014, would be declared the world's greatest enemy only three-quarters of a year later. Instead of fundamentally considering the global threats that could emerge from the ignored war in Syria, Washington only wanted to intervene in a way that wouldn't require much of an intervention. Islamic State was to be fought, but nothing else was to be touched. So the Pentagon's emissaries told the rebels it would be best if they pointed their guns at Islamic State and nothing else.

But that didn't work. Instead, the flexible Kurdish troops aligned with the Kurdistan Workers' Party (PKK), which operates with the same leadership and command structures as YPG in Syria, offered in 2015 to fulfill the Americans' wishes. From then on, they received weapons and air support and were praised in Washington as a strong fighting force. That, in turn, encouraged Turkish President Recep Tayyip Erdogan to resume the war against PKK and to invade Syria. Now the U.S. special forces are in the bizarre situation of having to prevent their two allies from fighting each other along the path to Raqqa.

The primary driver behind Islamic State's rise isn't first and foremost the power of its radical ideology. It thrives on anarchic conditions and the cruelty of its local opponents, which provides IS with a core constituency, Sunni Muslims. It wouldn't be difficult to defeat IS if you could pull that rug of support out from under them -- if Sunnis living in the areas between Raqqa and Mosul had the choice of living in peace without having to fear Assad's bombs in Syria or the Shiite militias in Iraq. To make that possible, however, the West needs a clear vision that goes beyond short-term military victories and focuses on the root causes of the civil war between Sunnis and Shiites in the region.

What we are seeing instead is countries bombing without strategy from the air and, on the ground, an ever-increasing number of parties to the war who are officially opposed to IS but which are, in fact, fighting for their own goals. And that means a golden age for IS. It's not for nothing that its official motto is "lasting and expanding." 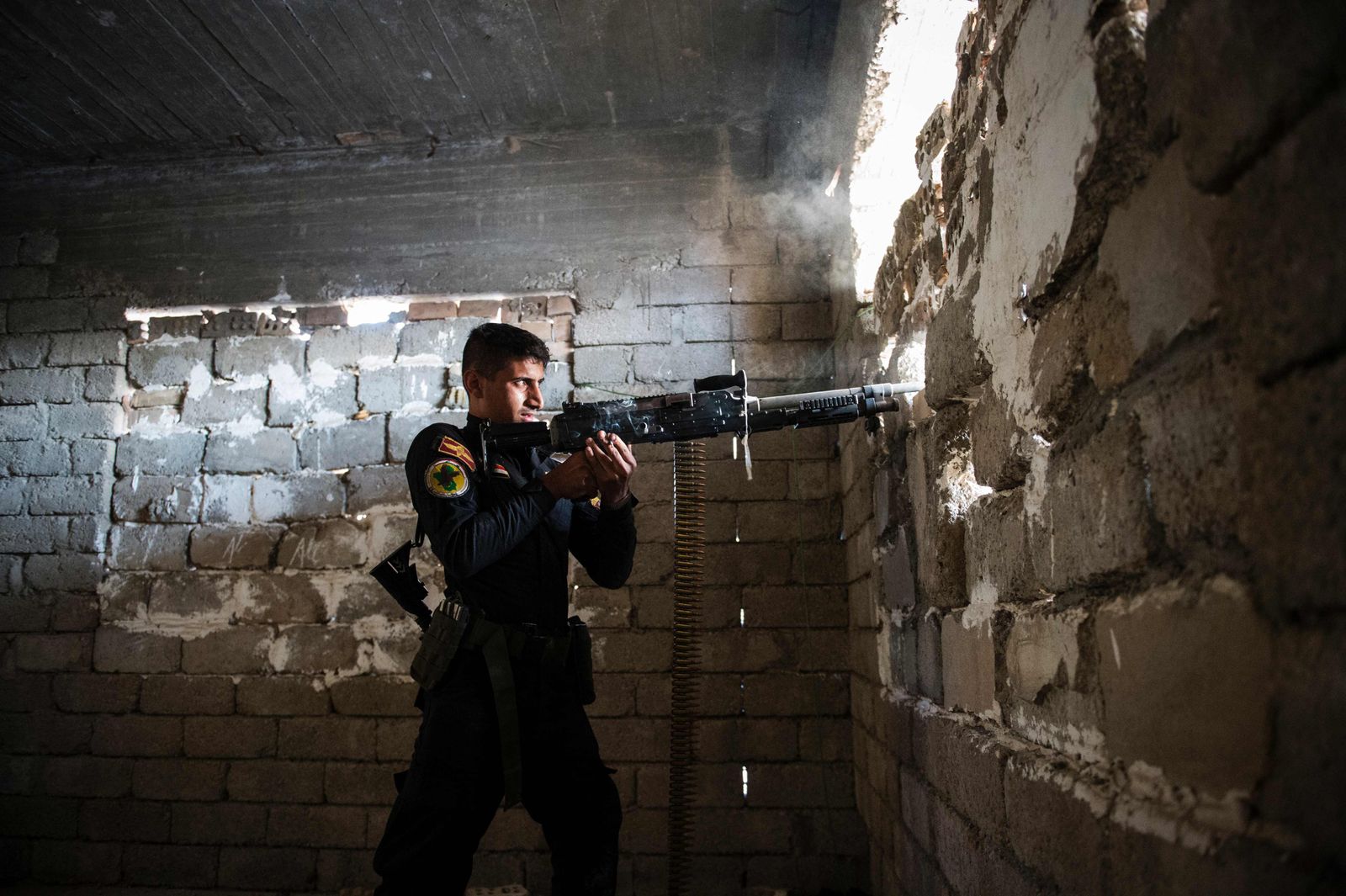