It's very possible that we will soon be talking about the Iran crisis. After the euro crisis, the Ukraine crisis and the refugee crisis, it could mark the next milestone of Angela Merkel's chancellorship. Yet again, Germany and Europe could be stumbling into a crisis that is eminently predictable. After the refugee crisis, Merkel said herself that a policy of "looking away" was wrong. We should have realized what was happening and done something about it early on.

It's no different with Iran. The country is restless. People have been taking to the streets to vent their daily dissatisfaction for months. The last time the regime was under this much pressure was in the days of the Green Movement in 2009. This time, however, the dissatisfaction is neither restricted to one political movement, nor to Tehran. In many Iranian provinces, people are rising up to protest water shortages, bread prices, unemployment and nepotism. They protest with anger and distress. Crippling inflation is sending food prices soaring as the currency collapses. Iran's economic crisis is rooted in both domestic and international problems a result on the one hand of mismanagement and corruption but also of years of sanctions and isolation.

The harsh sanctions United States President Trump now plans to reimpose will serve only to worsen the crisis. His administration has made no bones about its goal: that of bringing the Islamic regime to its knees. The sanctions are designed to force the Iranians to the negotiating table -- or to destabilize the regime. It's a highly dangerous approach. Politically, Iran is one of the only half-way stable countries in the region and Trump could be in the process of turning it into another Syria.

Iran isn't the only country made unstable by Trump's foreign policy either. His provocative, unilateral support for Saudi Arabia and Israel has hardened the fronts in the region. For its part, Iran is weighing in all over the Middle East, with proxies in Iraq, Lebanon, Syria and Yemen.

The Middle East is Europe's neighbor. What happens there has immediate repercussions for Europe, as the refugee crisis showed. The civil war in Syria helped the right-wing populist Alternative for Germany party gain traction, it altered the political landscape in Germany and Europe and it undermined Merkel's leadership. If the U.S. fans the flames of instability in the region, Europe's security will be at stake.

The U.S. itself is in a very different situation. The Middle East is an important supplier of oil and gas to the country, and it has close ties with Israel. But it wouldn't be directly affected by the outbreak of civil war in Iran, a multiethnic country with a population of over 80 million people -- four times as large as the population of Syria before the war.

So far, Germany's response to Trump's inflammatory Middle East policy has been far too passive. In May, when he announced his intention to pull out of the nuclear deal, Merkel joined France and Britain to voice only moderate criticism. That was understandable. Iran's anti-Israeli, Islamic theocracy, after all, is not a regime that Germany is keen to support.

On the other hand, Iran and the Middle East are far too low down on Germany's list of foreign policy priorities. In Washington in June, when Defense Minister Ursula von der Leyen met with Trump's national security adviser, the secretary of state and the defense secretary, she didn't even mention Iran. That was a serious omission that bordered on recklessness.

In early November, Trump plans to impose a second round of even tougher sanctions, which will leave Iran unable to export oil. The White House wants to cut off the Iranian economy's life support. The EU is struggling to salvage the nuclear deal, opposing the U.S. sanctions and looking for ways to maintain trade with Iran and thwart the measures. It's the right thing to do but it doesn't go far enough. An end to the nuclear deal is not the only danger looming ahead.

It is not enough for Europe to seek to preserve the nuclear deal. Washington needs to be told that a policy of destabilization toward Iran and the Middle East runs contrary to European security interests. Trump's Middle East policy must become a European priority. This time, in contrast to previous crises, Germany and Europe need a forward-looking, preventative foreign policy. 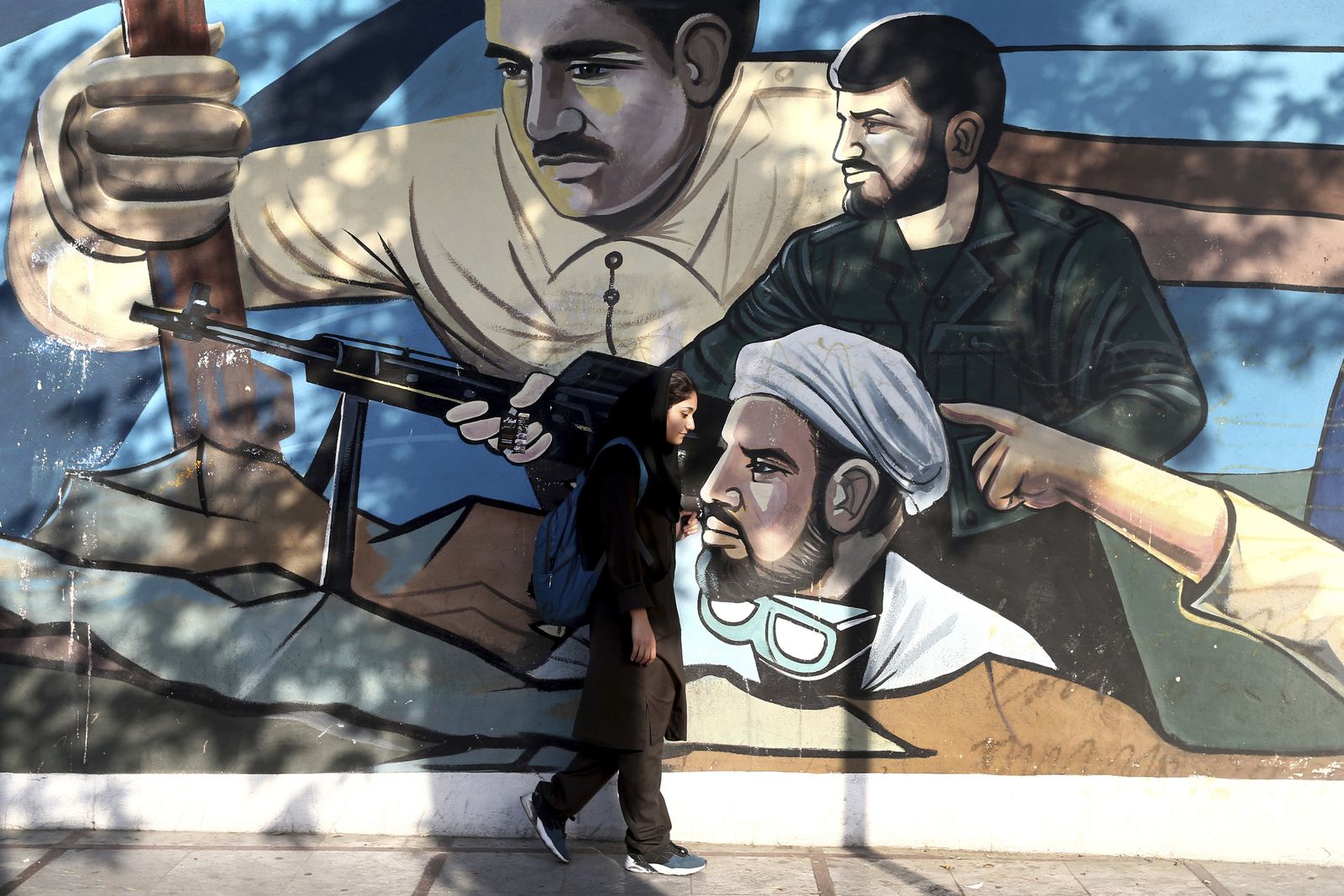 An Iranian woman walks past a mural in Tehran.