With around 90 days left until the presidential election in the United States, there can no longer be any doubt that Donald Trump is a liar, narcissist and agitator. As president, he would be a danger for the entire world.

Trump is a narcissist whose bragging is unceasing ("I have the best words"), for whom other politicians' assessments of him only count if they like him ("Putin called me a genius") and who radicalizes himself through the applause of his most zealous supporters. The greater the cheering he gets with his obscenities, the more over-the-top he becomes. When it comes to Hillary Clinton, his followers have long shouted: "Hang the bitch" and "Kill the bitch."

Trump is an agitator who famously referred to Mexicans as rapists and said he wanted to refuse Muslims entry into the United States. Last week, he offhandedly suggested the possibility of an armed uprising or gun violence against Clinton. If Clinton is elected president and names a judge to the Supreme Court, Trump told his fans, "Nothing you can do, folks." But he promptly added: "Although the Second Amendment people -- maybe there is, I don't know."

Trump left open what that might be, but there can be little doubt about what he meant. Trump, who has repeatedly incited violence in the past, has now pushed the limits of what can be said even further. His crude political notions aside, this proves that Trump lacks the character necessary to be president. A man like him must never be given the nuclear launch codes.

Donald Trump is also well on his way toward losing the election. Since his verbal attacks against the Muslim Khan family, he has fallen way behind Clinton in the polls. Even in states like Georgia or Missouri, traditionally Republican strongholds, the Democratic nominee suddenly has a chance. Many moderate Republicans, particularly women, could not in good conscience vote for Trump. Indeed, a victory for Trump has become an unlikely outcome. And yet unlikely things are always happening in the world. November is still a long way away. Even so, it's not as if there's suddenly going to be a transformed, reasonable Trump who runs the kind of normal campaign that many Republicans had hoped for.

Even if Trump loses, his legacy will be horrible. He has blown the Republican Party to smithereens with his populism and now stands smugly in the ruins. The old, two-party system as we knew it will no longer exist after this election. The forces that Trump has raised, which brought him this far, aren't going anywhere. The fact that a liar, narcissist and agitator could make it this far is a harbinger of the battle to come for liberal forces -- and not only in the United States. Now democracy must be protected from rumors, hate and totalitarianism.

In nearly every Western country, there is a part of the population -- one that is usually poorly educated and economically disadvantaged -- that is interested in smashing the old system and replacing it with a darker new one. That's also why Donald Trump represents one of the gravest threats of our time. 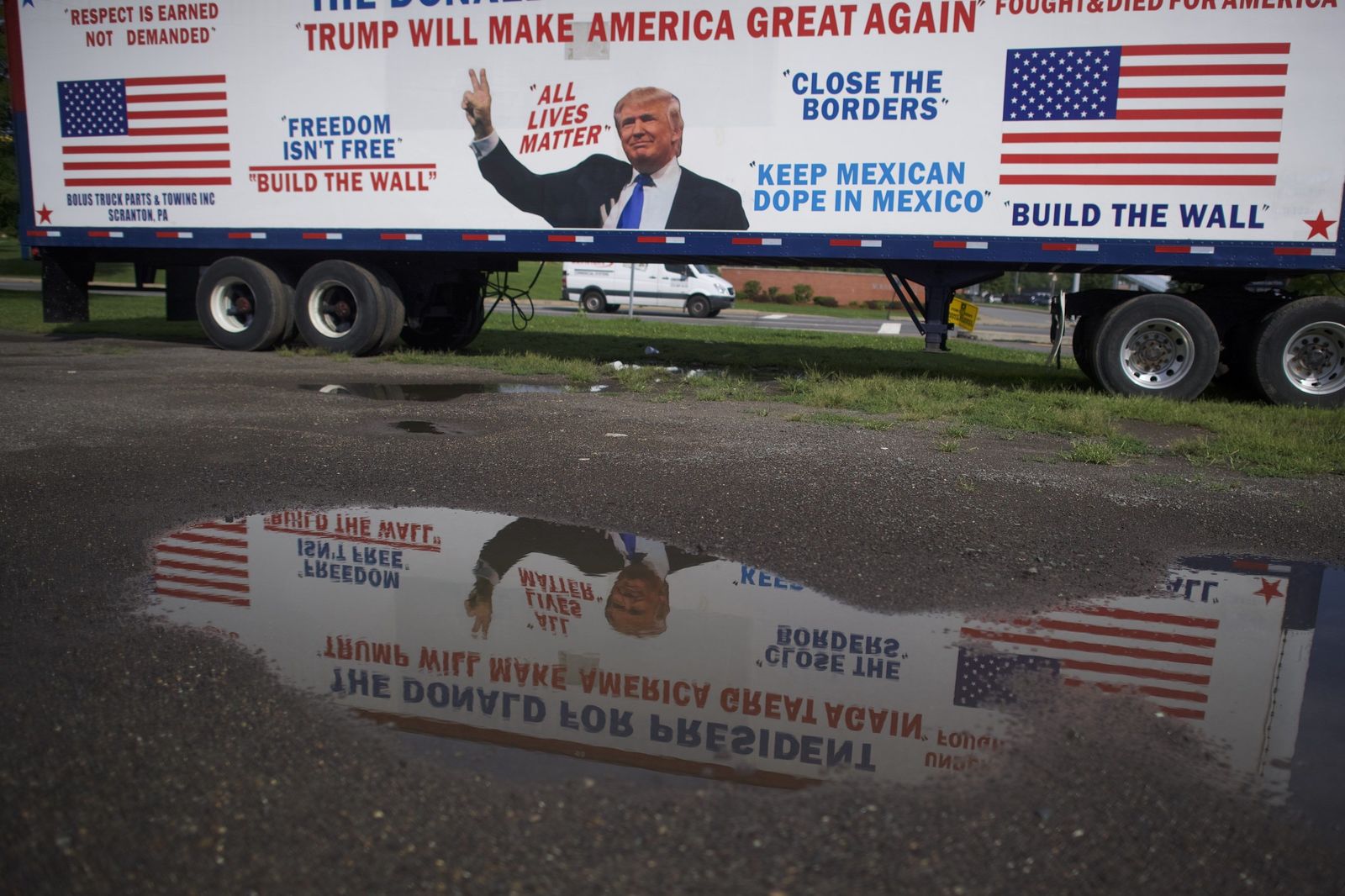