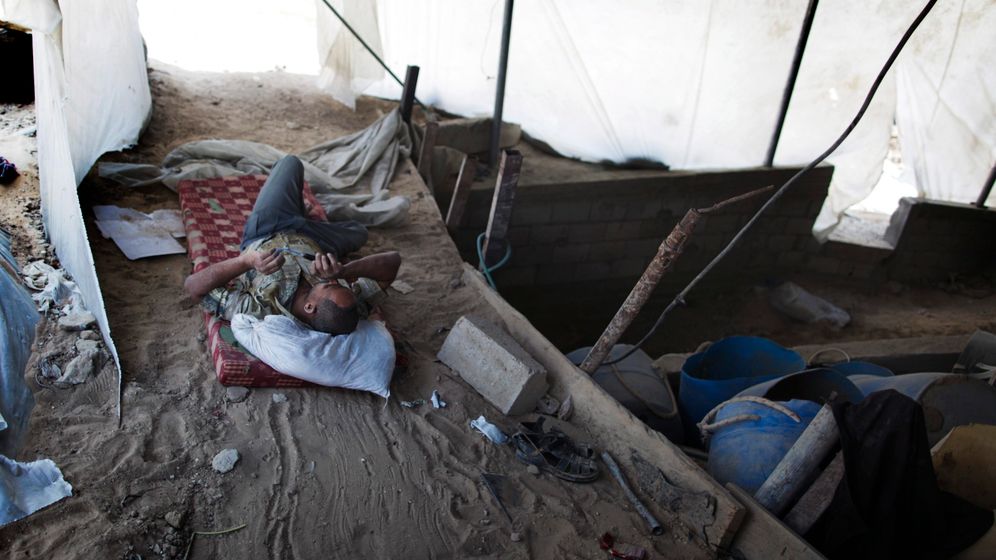 It has only been a few weeks since the Egyptian military ousted its president, Mohammed Morsi -- moving him to an undisclosed location where he remains. On Tuesday, the same day a new round of Middle East peace talks kicked off in Washington, European Union foreign policy chief Catherine Ashton payed an unprecedented visit to the deposed president and reported back that he is doing "well."

But since Morsi's removal, Egypt has threatened to descend into chaos, pulling the Gaza Strip with it into the abyss. That's because Hamas, the ruling party in Gaza, is dependent on Egypt. It smuggles food, building materials -- and also weapons -- through underground tunnels into the Palestinian Territories. Since the outbreak of unrest in neighboring Egypt, smuggling activity has come to almost a complete standstill.

Terrorist attacks by Islamist groups, which had long been a regular occurrence in northern Sinai on the border with the Gaza Strip, began increasing in frequency after Morsi's ousting. Islamist leaders threatened to seek vengeance for the military coup. After several attacks on army and police posts, Egypt sealed off the border indefinitely.

The government in Cairo has long feared that extremists could cross the border into the country. Since 2007, when the radical Islamic Hamas came to power in Gaza, the regular border crossing has been mostly closed. In 2011, Egypt's Muslim Brotherhood, of which Morsi is a member, opened the passage at times for the transport of goods and people, but not to the extent that Hamas had hoped. That's why Hamas is intensely dependent on the approximately 800 tunnels through which goods are smuggled into the country. Normally, the Egyptian army tolerates the smuggling -- but not in times of crisis like these.

Most Supplies Come through Tunnels

The extent to which Hamas relies on the smuggling tunnels is evident in an internal report made public by the Al-Monitor news site. It shows that Gaza gets most of its goods through the tunnels, and not through the official border crossing from Israel or Egypt. In the first quarter of 2013, for example, the tunnels provided 65 percent of flour, 98 percent of sugar and 100 percent of steel and cement deliveries.

If the delivery of goods via the tunnels is discontinued, a lack of supplies will not be the only problem. It will also spell financial disaster for Hamas, since taxes on goods delivered via Israel are pocketed not by Hamas but by the Palestinian National Authority in Ramallah. Only taxes on smuggled goods end up in the Islamists' coffers. The Finance Ministry estimates that these takings account for 40 percent of the government's entire revenue and are used by Hamas to pay the salaries of over 45,000 civil servants. 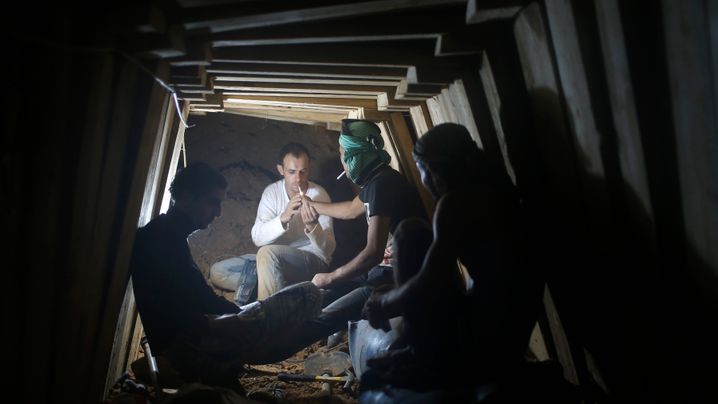 In recent months, Hamas has been earning some €6 million ($8 million) in taxes with smuggled fuel alone, and also levies a tax of about €4 on every ton of cement. An average of 70,000 tons of cement are smuggled into Gaza every month.

Hamas Economy Minister Alaa al-Rafati has expressed concern about the current situation. "The Gaza Strip has lost around $225 million (€170,000) during the past month due to the halt of imports, namely, fuel and crude materials for construction, such as cement, gravel and steel," he told Al-Monitor earlier this month. He also stressed that the move has implications for the labor market, pointing out that some 20,000 Palestinian construction workers have lost their jobs in the wake of the building material shortage. For the time being, Hamas is taking out bank loans to pay civil servants, who are having to wait for their wages.

"There is a risk that unemployment will emerge again, which greatly affects the local purchase activity," Rafati told Al-Monitor.

It isn't the only financial blow the organization has suffered this year. Iran has been funding Hamas for years, but put a stop to most of its support several months ago. International organizations estimate that in the past, this aid consisted of €15 million a month. Middle East experts have often suggested that the network of radical Islamists would have collapsed long ago, had it not been for Tehran's funding. Only recently, Iran also openly admitted that it also provided Hamas with military support.

But Iran has reduced its financial aid because Hamas sympathizes with the rebels in the Syrian civil war. It's a position that has angered the mullahs, who cultivate close ties with Syrian dictator Bashar Assad.