Abd al-Galil al-Sharnubi says he can only laugh at the thought that there are people in the West who still see the Muslim Brotherhood as "moderate Islamists." Sharnubi is a journalist and a Muslim -- and he was a member of the Brotherhood for 23 years. He's been familiar with the movement since he was 14, and he says that the Brotherhood could be the kiss of death for democracy in Egypt.

Last year, Sharnubi, 38, left the Islamist organization. Since then, he says that his life has become a nightmare. "They tried to turn my family against me," says Sharnubi. He's sitting in a Cairo coffeehouse, keeping a careful eye on the front door: "They went to my home town and spread rumors about me, saying that I've become an atheist and that I drink alcohol. They told my wife that I frequent prostitutes."

As the former editor in chief of Ikhwan Online, the brotherhood's website, Sharnubi went public shortly after his resignation. In talk shows he warned his fellow Egyptians that the movement was undemocratic and authoritarian, and that leading Muslim Brothers were no less corrupt than politicians from the old regime. 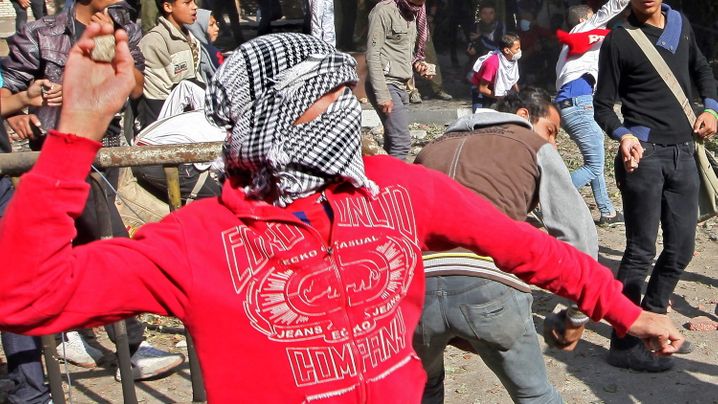 Many accused Sharnubi of spreading panic, saying that the Islamists should be given a chance. But the former member of the Brotherhood says that last week's events show that he's been right all along. The president's "coup," says Sharnubi, provides just an inkling of the Brotherhood's obsession with power.

Last Thursday, Egyptian President Mohammed Morsi unexpectedly granted himself such extensive rights that there is effectively no longer a separation of powers in the Arab world's most populous country.

Morsi has decreed that the president will from now on have the last word "on all constitutional amendments, decisions and laws." According to his plan, no state organ will be able to tell him what to do and not even the country's constitutional court will have the power to stand up to him.

The "new pharaoh," as Morsi has already been branded in Egypt, will in the future presumably only have to be accountable to God and to the executive committee of the Muslim Brotherhood, whose membership the president has probably never terminated, in contrast to what he claims.

If Morsi doesn't rescind his decree, it will probably take nothing short of a renewed uprising in Egypt to challenge the president's power. Indeed, after sacking his chief prosecutor, Abdel Maguid Mahmoud, who was a member of the old regime, Morsi no longer has any opponents -- with the exception of the Egyptian people.

While Muslim Brotherhood supporters gathered last Friday in front of the presidential palace to cheer Morsi, his opponents demonstrated on Cairo's Tahrir Square. "We don't want a new dictatorship," they yelled. "The people intend to topple the religious leader."

Suddenly it's back again: the revolutionary spirit that many here have been missing for months now. Except this time the demonstrators' rage is not directed at Hosni Mubarak, but rather at their first democratically elected president. "People are finally waking up," says Dina Abd al-Soud with tears in her eyes. A group of young men walk by wearing Palestinian scarves and carry megaphones. Al-Soud chants with them: "Down with the regime! We won't go, you have to go!"

The 37-year-old woman manages a nearby hotel. She says business has become more difficult since the economy took a downturn. And she notes that she increasingly receives critical looks because she doesn't wear a headscarf, but instead allows her hair to hang loose. But on this evening, she says that her sense of hope is returning. "Morsi has made a stupid mistake. He's lost his credibility. Now, the people will resist."

The regional offices of the Muslim Brotherhood's political party were torched in at least three cities on Friday. In Alexandria the Brothers held up prayer rugs to protect themselves as they were pelted with stones.

Nearly two years after the beginning of the revolution, the country has reached a decisive turning point. Will the Muslim Brothers -- who by no means launched the popular rebellion against Mubarak, yet have emerged as the biggest winners of the revolutionact -- actually manage to solidify their power over the long term? Will Morsi end up as yet another absolute ruler in the presidential palace? This would spell the end of Egypt's fledgling democracy. Or will Morsi yield to the protests against him that have been more vehement than expected? Last week, the president only received positive feedback from his Western partners.

Indeed, Morsi cleverly timed his domestic policy maneuver, selecting a day in which the world was still singing the praises of the "new Egypt." The Egyptian president had used his influence to help persuade Israel and Hamas to agree to a cease-fire. As the beneficiary of billions in American military and economic aid, he had no alternative.

"Egypt's new government is assuming the responsibility and leadership that has long made this country a cornerstone of regional stability and peace," exclaimed US Secretary of State Hillary Clinton. Words of recognition for the Islamists could even be heard in Israel.

Morsi, who is often considered lethargic and wooden by observers abroad, seized the moment to dismiss his chief prosecutor and strip the constitutional court of its power. This strengthens the president's position and bolsters the Muslim Brotherhood, which for weeks has been the target of demonstrations by the young revolutionaries who led the rebellion in 2011.

The protesters have sprayed anti-Brotherhood graffiti on the walls of the buildings surrounding Tahrir Square, and they are threatening a "second revolution." Surprisingly, the outbreak of the Gaza crisis did not spark mass demonstrations in Egypt against Israel, but rather protests against the Muslim Brothers.

Two weeks ago nearly 50 children died in a horrific traffic accident in the province of Assiut -- an incident that underscored the miserable state of the country's infrastructure. In addition to derelict public hospitals, schools, highways and bridges, the railway network is completely decrepit.

There are enormous economic and social problems in the country, yet Morsi, who has headed the government for the past five months, has preferred to focus on removing his opponents. He sacked the country's top generals, ordered the closure of critical TV stations and had headstrong journalists punished. What's more, he appointed Muslim Brothers to key ministerial positions and made no attempt to be the "president of all Egyptians."

The only remarkable thing about Morsi's accomplishments in office is the speed with which he has cemented his power. Egypt currently has neither a parliament nor a constitution, and the president's decrees constitute the final word on all political matters. A council appointed by the last parliament is working on a new constitution, but this body is nearly completely controlled by Islamists.

Left-wingers, liberals, Nasserists, women and Christians have all resigned from the council, out of protest over the dominating influence of the Muslim Brothers and Salafists.

In one draft of the constitution, the Islamists proposed changing the rights and obligations of women to match the "rules of Sharia law." For Egyptian women's rights activist Karima al-Hefnawy, this would be the equivalent of requiring all women to wear the hijab, as is the case in Saudi Arabia and Iran. However, according to Hefnawy, women are already discriminated against in Egypt: "Many Islamists make no secret of the fact that they want to make women legally subservient to men."

In order to properly apply the Sharia code of conduct, the Islamists suggested that they should be interpreted by Muslim legal scholars, known as ulama. This would allow the ulama to acquire the same status as constitutional judges -- a nightmare for secular Egyptians.

Participants speak of debates on the constitutional council in which members discuss the merits of lowering the legal age of marriage for girls from 18 to 14 -- or even to 9 years. The recently disenfranchised constitutional court would have been the only authority capable of dissolving the council. But even this hope has been dashed.

Consequently, even the most radical Islamists have become part of the daily political landscape in Egypt.

This includes preachers such as Wajdi Ghunaim, who views secular Egyptians as infidels who should be punished with death.

There are also ultraconservative Salafists like Murgan Salem al-Gohary, who boasts that he was present when the Taliban dynamited the famous Buddhas of Bamiyan in Afghanistan in 2001. On a recent TV show, Gohary called for all "symbols of blasphemy" to be destroyed in Egypt as well, such as the Great Pyramid of Giza, the Sphinx and all other "idolatrous images" from the days of the pharaohs.

It would be wrong to maintain that these are just isolated lunatics. Back when Mubarak was in power, he would have had such extremists jailed, but they now appear on private TV networks with an unprecedented degree of confidence. And this speaks volumes about the current political climate in Egypt. Former Muslim Brother Sharnubi says that the Brotherhood is probably tolerating even the most radical Salafists because it will need their support.

Sharnubi barely survived such an attack on Nov. 2. Two masked men forced his car off the road and shot at him with automatic pistols until help arrived. There was never an investigation, but he says he knows who was behind the attack. 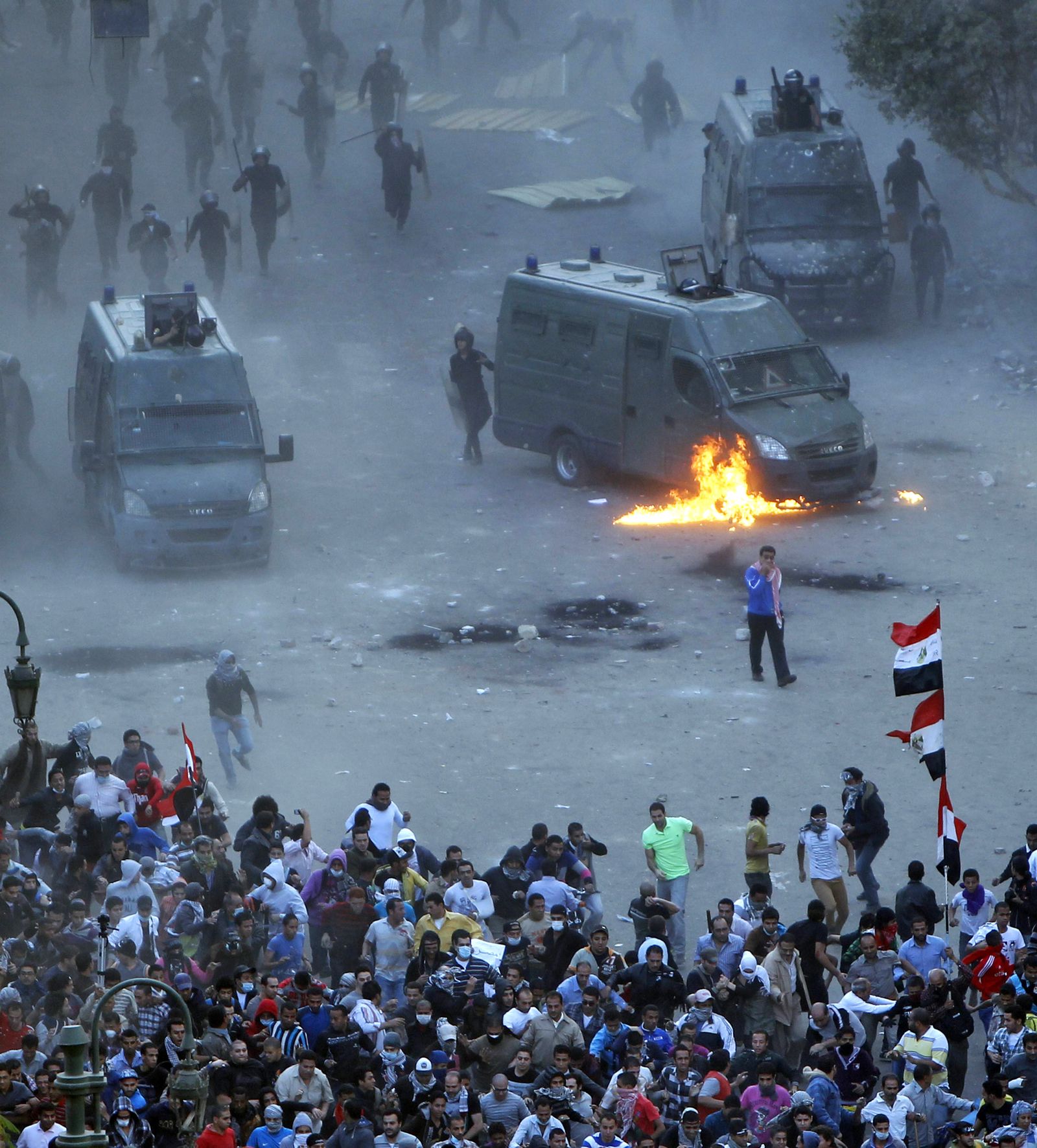 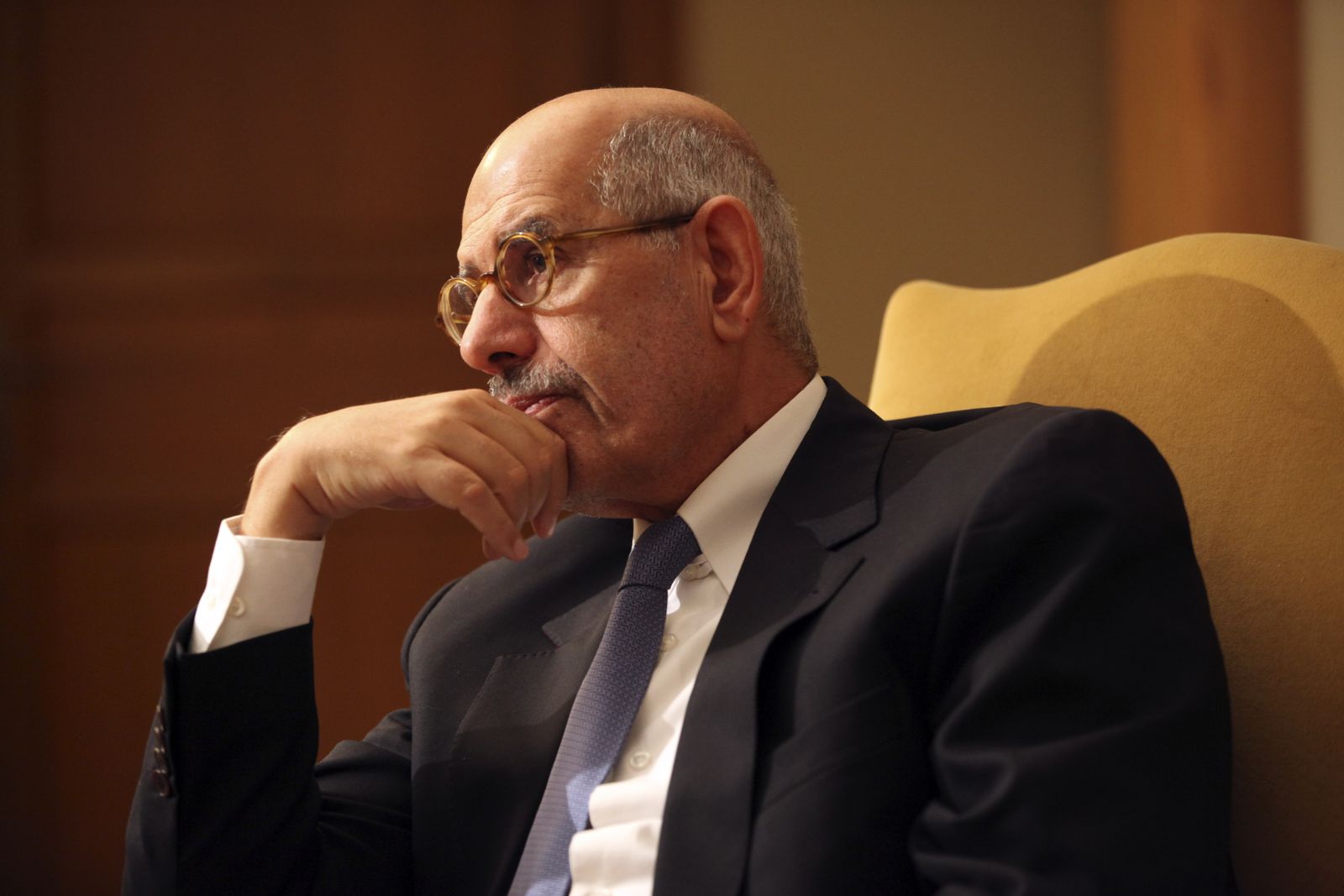