It’s not often that good news comes out of the Middle East. For decades, this region has dominated the headlines of international politics, and usually, it hasn’t come out looking good.

Which is why a report that came out of Cairo in recent days deserves special attention: A consortium led by the German engineering multinational Siemens has been awarded a 4.5-billion-euro contract to build a high-speed rail line from Ain Sukhna at the southern end of the Suez Canal, to Alexandria and the port city of Marsa Matruh – from the Red Sea to the Mediterranean Sea.

It’s good news – for Egypt, for Germany, for Europe and for the Middle East. At its core, the initiative also shows a blueprint for how an unnerved West can compete with a self-confident China.

But one thing at a time.

First, there are millions of Egyptians who are likely to benefit from the railway project. In addition to a devastating human rights situation and a series of social and economic issues, Egypt has been plagued by a transportation problem for many years. The vast majority of transportation in the country relies on roads – in overcrowded minibuses, in extensive traffic jams and on highways that are often deadly. What people, particularly in the greater Cairo area, have to endure on their way to work or school is unbearable.

Egypt’s railways are in a particularly bad state. The passenger cars, locomotives, tracks and signaling technologies are hopelessly outdated, and serious train accidents are not rare occurrences. Hardly a year goes by without the loss of dozens of lives.

The fact that the first electrified passenger and freight line will soon run from Ain Sukhna via Cairo to Alexandria is a quantum leap in the almost 170-year history of the railway along the Nile River. The line is scheduled for completion in 2027 and will later be extended upriver to Luxor and the resort city of Hurghada. It will also provide economic stimulus and create jobs for around 15,000 people in Egypt in the first stage, according to estimates provided by project leader Siemens. Two Egyptian companies have been commissioned with the construction of the route, and the project is progressing quickly.

The rail line construction will also create jobs in Germany. Siemens is supplying Velaro high-speed trains built in the city of Krefeld and locomotives for freight and regional transport built in Munich along with signaling technology made in Braunschweig. The line will also be equipped with the latest European train monitoring system. "We are delivering the most modern of modern," Michael Peter, the head of the Siemens Mobility division, told the German daily Die Welt.

When Germany had excess capacity

The order is reminiscent of major infrastructure projects that German companies built in the region during the 1960s and 1970s, traces of which can still be admired today in Saudi Arabia, Iran, Iraq and Nigeria.

At the time, Germany, France and other countries invested massively in developing and emerging nations. The reconstruction of Europe after World War II had created significant overcapacities, and with the support of government export credits, construction and infrastructure companies expanded beyond Europe’s borders.

That trend began to wane around the turn of the millennium. Economic crises, corruption scandals and questionable and oversized "white elephant" projects shifted the sentiment surrounding the initiatives. But a few individual projects, even larger ones, were still pushed forward with Western help. Overall, though, Western development policy had now placed more emphasis on improving administrative structures in the emerging countries through "good governance."

Soon, others stepped in where the West had left a vacuum because these countries still had the need for basic infrastructure, energy, transport, housing, education and health – and they had the need for jobs, as developments in the Middle East and North Africa would show.

Those needs have been fulfilled, above all, by China, whose level of development today is similar in some respects to that of Western Europe in the late 1960s. The construction of China’s cities is largely complete, dozens of new airports have been constructed, and the main road, rail and subway projects have been finished. Beijing has excess capacity these days. With the announcement of its New Silk Road project, China began using it strategically around the globe.

The country has also been investing in the Middle East and in the Mediterranean region. Companies from Beijing and Shanghai operate port terminals in Haifa, Israel, Port Said, Egypt, and in Piraeus, Greece. They have built hotels and high-rise buildings in the Gulf, a mosque complex in Algeria and solar parks in Morocco.

Nine years ago, Israel’s government signed a partnership agreement with Beijing: The project envisioned building a railway connection between Eilat on the Red Sea and the Mediterranean port of Ashdod a land bridge to bypass the Suez Canal. But the project, which had been considered by many Israeli governments, never really got off the ground.

That hasn’t been the case with the "Suez Canal on Rails," as Siemens CEO Roland Busch dubbed the high-speed railway in Egypt when announcing it this month. The comparison may be exaggerated. The tonnage of a modern container ship exceeds even that of several freight trains many times over. But the global consequences of the Suez blockade last March demonstrated the geopolitical dimension of a project like the railway line in Egypt.

Europe Has To Be Better

Siemens reportedly beat out not only a French competitor, but also a Chinese one. The project, which is backed by a Hermes loan guarantee from the German government, has broad political support in Berlin, and Siemens’ CEO even thanked the government in Berlin and Chancellor Angela Merkel for their "outstanding support."

Opponents of international industrial policy and market economy purists may find that objectionable. Indeed, keeping a distance from the Egyptian regime and criticism of its human rights policy is more than appropriate. But a project like the Suez Railway should be welcomed because its benefits will extend well beyond the term of office of authoritarian President Abdel Fattal el-Sisi.

It sends the message that Europe takes its neighbors in its own backyard seriously, that its expertise is competitive, and that the West need not cede large, strategically important projects to China – a country that, unlike the European Union, is hardly affected by the consequences of political and economic instability in the Middle East.

It’s pointless to lament about the New Silk Road and China’s growing influence on the European periphery, and Beijing will also continue to win bids in the future. But Europe needs to muster the political will to perceive China as the "rival" the EU has defined it to be. Europe simply has to be better. 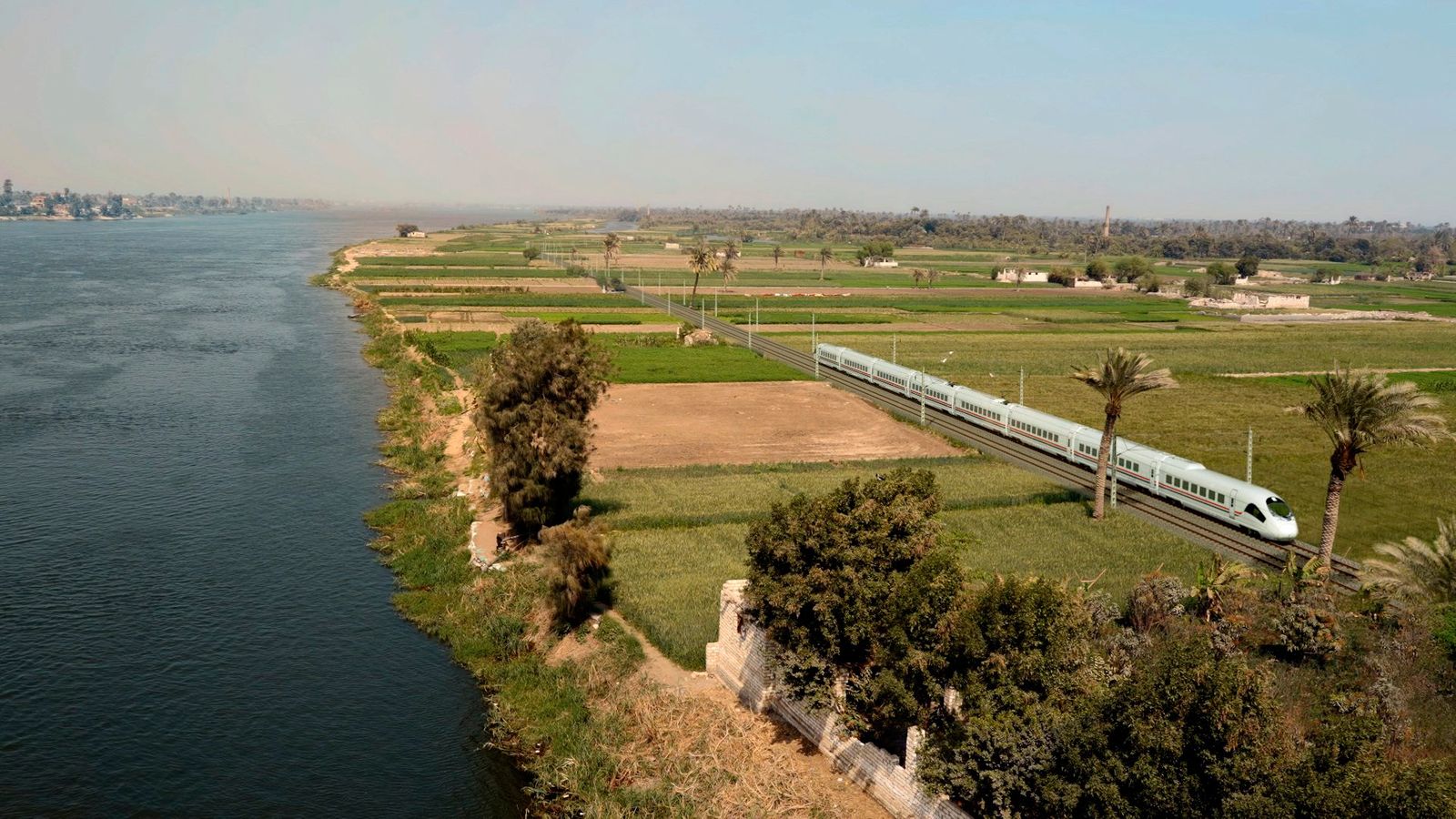