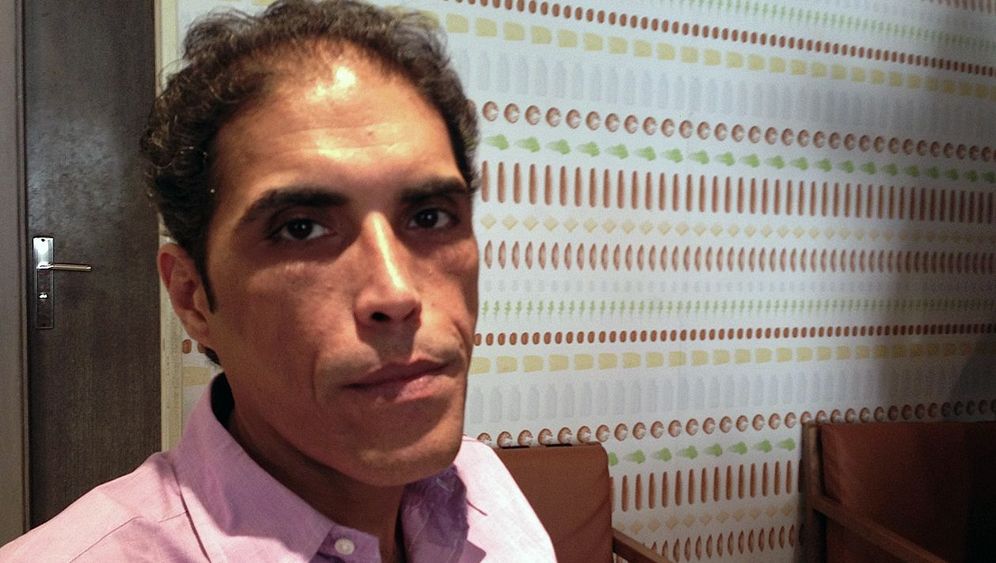 Egyptian Amir Salim has the classic profile of a revolutionary. As a politically engaged young lawyer, he specialized in human rights cases, a focus which earned him nine trips to jail under Hosni Mubarak. When the revolt against the aging despot gained traction in 2011, Salim quickly became one of its spokesmen. After Mubarak's fall, he founded an organization which promulgated the creation of a civilian state free from military meddling. In a book published in 2012, he dissected the structures of Mubarak's police state.

Now, the same police that Salim attacked so vehemently in his book, has responded to demonstrations in Cairo with shocking brutality. At least 623 people, the vast majority of them civilians, were killed in street battles earlier this week.

And what is Salim doing? Sitting in a popular café in the Cairo city center, he says things like this: "The Muslim Brothers are a sickness and the police have to eradicate them." And: "The police and the army were only defending themselves." He adds that "the problem will only have been solved when the last Muslim Brother who causes problems is locked away in prison." When asked about the obvious human rights violations perpetrated on the dead and wounded, he said: "And what about the rights of those who live near the protest camps? What about their right to be able to enjoy their apartment?"

Welcome to Egypt under General Abd al-Fattah al-Sissi. The country is so polarized that people are no longer able to feel any empathy whatsoever for others. It is a country in which the smartest and most critically thinking intellectuals are now spewing little more than propaganda, with people on both sides of the deep political divide displaying a penchant for simplification, vilification and agitation. Those who ask critical questions run the risk of being physically attacked, an experience that many foreign journalists have encountered in recent days.

Another Step toward Civil War

Wednesday's bloodbath would seem to have done little to bring people to their senses. Tahrir Square, where pro-democracy activists gathered as recently as just a few weeks ago to protest violence perpetrated by the country's security forces, is completely empty. And the Muslim Brotherhood, instead of seeking to limit violence within its ranks, is amplifying its rage. Each day, the country seems to be taking another step toward civil war.

It is, of course, hardly surprising that people on both sides would fall into the propaganda trap. Egypt was deeply marked by the 30 years of autocracy under Mubarak. A healthy mistrust for simplistic sloganeering, as seen in more established democracies, remains rare. It is, however, shocking that even those who see themselves as the country's educated elite are marching in step.

One of them is Khaled Daud, spokesman for the National Salvation Front, a collection of 11 liberal political parties. He says that the attack on the Muslim Brotherhood sit-in camps on Wednesday could definitely not be called a massacre. The protesters could have left of their own free will. By refusing to do so, they hold responsibility for the deaths. "We don't condemn what happened."

Then, however, his conscience did kick in and he added that his comments were merely the party line and that he personally sees things differently. "Nothing can justify the deaths," he said. "You can't simply explain away the high number of casualties. Police used brutal, excessive force. It is a catastrophe."

Bombarded by Messages of Hate

Daud says though that such views are not widespread. "The majority of Egyptians think the Brotherhood should be dealt with even more severely," he says, adding that few have understanding for Mohammed ElBaradei, the opposition leader and Nobel Peace Prize laureate who resigned from the transition government as a result of the bloodbath on Wednesday. Since then, Egyptian liberals have been blasting him as a traitor.

One of the few who has publicly voiced respect for ElBaradei's decision is Ashrif Arubi. An engineer by profession, Arubi is a co-founder of the April 6 Youth Movement, which played a significant role in the toppling of the Mubarak regime. "ElBaradei has principles and I think that is good," he says. But ever since Arubi posted his view on social media, he has been bombarded by messages of hate.

Arubi and others in his camp would like to organize a demonstration against the kind of violence that took place in Cairo on Wednesday. "We are opposed to the ways the police cleared the camps," he says. But he adds that the timing for such a protest isn't right -- it would be too dangerous. "People are happy that the Brothers were killed. They see it as revenge," 33-year-old Arubi says. He blames the state-controlled media for brainwashing people.

"My greatest fear seems to have come true," the activist says. "The Egyptians no longer see the authorities as their opponents. The enemy is now those Egyptians with other views."