A run-off election with only one candidate? That would be too absurd even for unstable Afghanistan. From Kunduz in the north to Kandahar in the south, 15 million ballots were to be distributed, filled out and counted in the coming days. Of course, the results would already have been a foregone conclusion, with Hamid Karzai as the only remaining candidate in the poll, which was planned for Saturday. In the end, the election commission on Monday moved to cancel the election and declared Karzai president.

Shortly after, the United States officially congratulated Karzai. The US Embassy in Kabul said the decision adhered to Afghan law, and White House spokesman Robert Gibbs described Karzai as Afghanistan's "legitimate leader." US President Barack Obama also congratulated Karzai by telephone and called on the Afghan president to start a new chapter in his government and to step up efforts to battle corruption. In his conversation, Obama addressed the chaos surrounding the election, particularly the manipulation that had been uncovered during the first round of voting in August. British Prime Minister Gordon Brown and the United Nations also offered their congratulations to Karzai.

Karzai's only challenger, Abdullah Abdullah, withdrew from the run-off vote at the weekend. He claimed that the election fraud in favor of Karzai was so well organized that he had virtually no chance of winning. Karzai, who originally became Afghanistan's leader with the help of strong support from the West, which saw him as the "good Afghan," will now steer the war-torn country's fortunes for the next five years.

But the election drama, the massive fraud during the first round of voting, Karzai's obstinateness and his recognizably undemocratic aura are all adding up to a massive problem for the West. Leaders in the West may stress that Afghanistan's new president must have democratic legitimacy -- but they all know that Karzai doesn't have it.

A Problem Instead of a Partner

Instead of a reliable partner, which the West so urgently needs in Kabul right now, Karzai will be one of its bigger problems. The man who will remain at the helm in Afghanistan is symbolic of everything the West believes is going wrong in the Hindu Kush. That includes the rampant corruption, which also benefits his clan and the governors that Karzai appointed in undemocratic processes. Then, of course, there's the drug trade, from which Karzai's brother is raking in millions. "Bad governance" is the term used by the Americans to describe the chaotic state of the government in Kabul -- and that is the system of Hamid Karzai.

The Afghan president is becoming an especially serious problem for the US. After the fiasco in the Afghan election -- Karzai's stubborn insistence on standing by the fraudulent results -- and Abdullah's withdrawal, how is President Barack Obama supposed to explain to his people that he now wants to send more troops to Afghanistan to support precisely this government? "It won't be easy," the New York Times comments dryly in its own analysis.

The mood of the US public is becoming more and more critical for Obama. Washington has already spent close to a quarter-trillion dollars in Afghanistan. Nevertheless, all the news coming out of the crisis region these days seems to be bad. In October, more US soldiers died in the Hindu Kush than in any previous month -- an alarming signal for the home front. "We aren't in the position we wanted to be in after six months," one Obama adviser said, not mincing words about the situation.

Thousands of Soldiers for an Undemocratic Regime?

Obama is caught in a trap that he is going to have great difficulty freeing himself from. In the coming weeks, he is expected to present his new plan for Afghanistan. Once again people are expecting to see the light at the end of the tunnel: the withdrawal of US troops. Before that can happen, though, the country must be stabilized. That's why Obama wants to send several thousand additional soldiers to Afghanistan. But the current chaos surrounding the election farce will merely serve to strengthen skeptics, who would like to see a shift in course to make this into a purely anti-terrorism operation and who are calling for an end to the American dream of rebuilding Afghanistan.

For its part, Obama's team is exercising caution. Karzai, they say, must prove through the work of his government in the coming months that he wants a new start. But it remains a mystery how Washington will succeed in getting him to move. Two key figures in US politics -- special envoy Richard Holbrooke and Vice President Joe Biden -- have already sparred so heavily with Karzai that they are hardly welcome in the presidential palace in Kabul. It remains unclear who can apply the necessary pressure on Karzai.

With its difficult partner in Kabul, even the West's watered-down goals in Afghanistan seem hardly attainable. Both politicians and military officials are asking how are we supposed to build a stable army if the government can't do its job properly, and soldiers in most cases don't even get their pay? How can financial aid from the West truly help the Afghan people if it isn't distributed properly by the corrupt and, in part, criminal government and public administrative bodies?

The United States isn't the only country left perplexed by the election. In Germany, the mandate for the deployment of the Bundeswehr, the country's armed forces, in Afghanistan must be renewed by parliament in December. Members of parliament are viewing the latest developments with concern. The next government must also prepare for the fact that Chancellor Angela Merkel's former government coalition partner, the center-left Social Democratic Party (SPD), is likely to take a far more critical tone in the future debate over Afghanistan. The once broad majority in parliament in favor of the Afghanistan mandate is now anything but a given.

The statements made so far by the new German foreign minister, Guido Westerwelle of the liberal Free Democratic Party (FDP), sound a bit like the litanies of his predecessor in the office, the SPD's Frank-Walter Steinmeier. After Abdullah's withdrawal, Westerwelle -- who is still a novice on international terrain -- said Karzai must become a president with legitimacy and that he must pursue reconciliation with his domestic opponents. He must bring the different camps together and become a president of all the Afghan people, Westerwelle said. Of course, the new foreign minister was unable to say how this was supposed to happen. In that sense, he is completely on the same page as his international counterparts, who are all equally helpless.

Disastrous as the situation already is, Karzai will soon deliver the icing on the cake. At the very latest, this will happen when the new president presents the names of the members of his new cabinet -- names which are unlikely to please the West. In order to secure a majority, Karzai has recruited several brutal warlords to his team, including the notorious Mohammed Fahim. From a Western point of view, Fahim should be answering to the UN war crimes tribunal in The Hague. In Kabul, though, he's poised to become vice president. 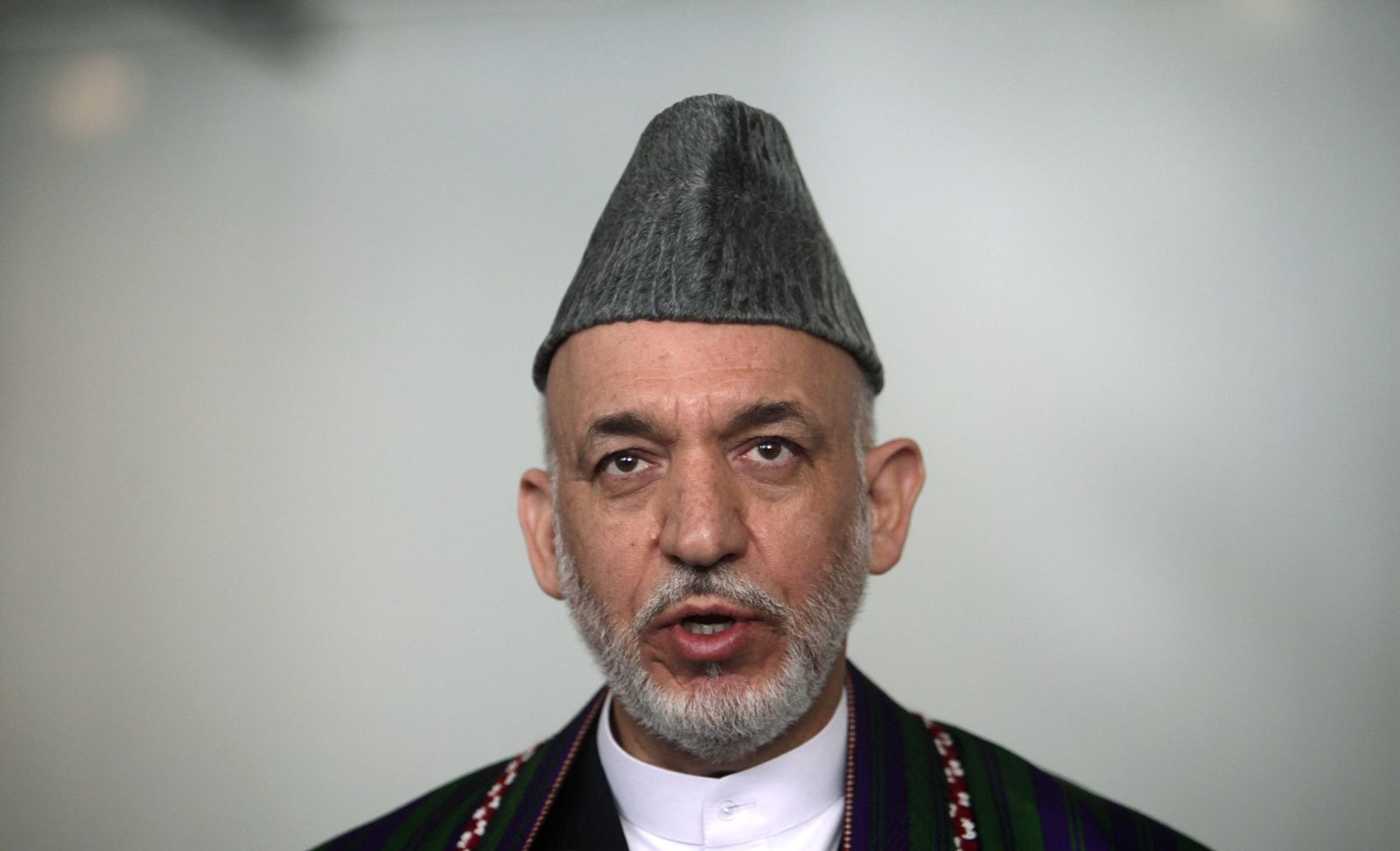 Afghan President Hamid Karzai: A symbol for all the malaise that plagues his country