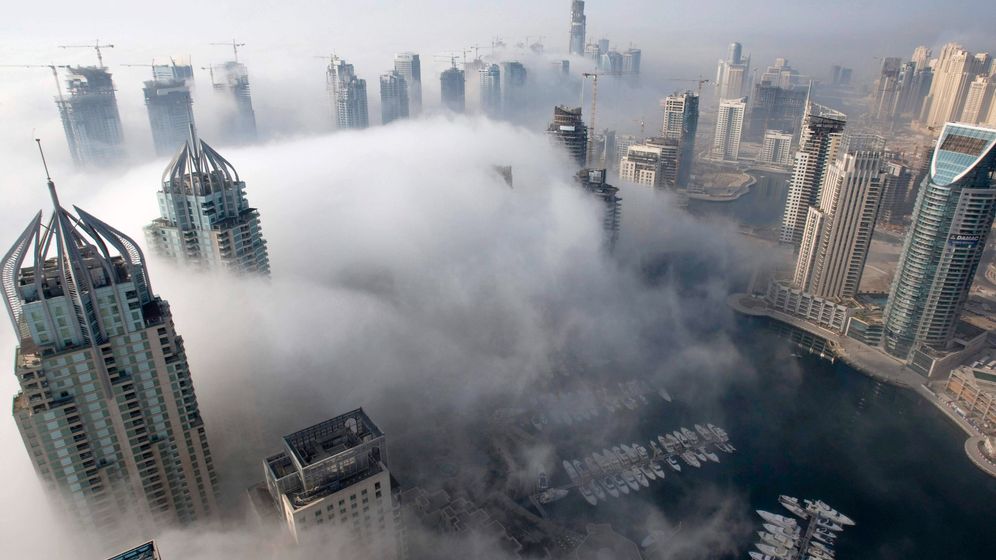 In the Middle East, the days leading up to Eid al-Adha, or the Feast of Sacrifice, are not unlike the last few days before Christmas in the West. The devout are filled with religious thoughts, while others look forward to going on vacation.

In Dubai, schools, businesses and government offices closed last Wednesday for a break of over a week. Foreigners living in the emirate boarded flights for India, Europe or the Seychelles, while local inhabitants who were not on a pilgrimage to Mecca followed the customs of their ancestors and, taking advantage of the pleasant weather, drove into the desert to celebrate. A holiday calm would have descended on the Gulf emirate -- if only the government-owned holding company Dubai World hadn't decided to make one small announcement before the holiday.

"Dubai World," the company announced, "intends to ask all providers of financing to Dubai World and Nakheel to 'standstill' and extend maturities until at least May 30, 2010."

It sounded innocuous enough, like a polite request to the international financial markets to wait patiently for the repayment of a $3.5-billion (€2.3-billion) loan to the state-owned real estate subsidiary Nakheel. But to bankers, the announcement sounded more like a cry for help -- and one that took many investors completely by surprise.

Just a few weeks ago, at the beginning of November, the emirate's ruler, Sheik Mohammed bin Rashid Al Maktoum, insisted at an investor conference that Dubai and its government-run businesses were in good shape. Those who were claiming otherwise should "shut up," he said in an unusually blunt outburst.

And now the emirate is unable to come up with a sum which was, at least by Dubai's standards, not that large. What is happening in Dubai is "unbelievable," says Eckart Woertz, chief economist at the Gulf Research Center.

The request to delay debt payments shocked the entire Arabian Peninsula and triggered deep concern throughout the global financial world. Stock prices on Asian and European exchanges plunged, with the German DAX losing 3.3 percent last Thursday. The Dubai stock market fell by more than 7 percent on Monday, the first day of trading since the Eid al-Adha holiday, while Abu Dhabi markets slid more than 8 percent.

The problems in the Gulf are also worrisome to the German business community, because Arab sovereign wealth funds have invested in a few major German corporations, including Daimler, Deutsche Bank and Volkswagen. The Germans fear that Arab investors could pull out the money they have invested in Germany to raise funds for their cash-strapped neighbor.

International investors are worried about their investments in Dubai as their doubts about the emirate's financial solvency grow. Dubai World and its real estate subsidiary owe close to $60 billion at home and abroad. Many fear that, should the government-owned holding company go bankrupt, the effects could spread beyond Dubai's borders and affect other Arab states, even extending deep into Western economies, where they could cause serious damage.

Banks, in particular, would be hard-hit if Dubai World defaults on its debt. The company's roughly 70 creditors include major British and Arab lenders like HSBC, Barclays and Abu Dhabi Commercial Bank. German commercial property lender Hypo Real Estate, which has now been nationalized, invested a sum in the double-digit millions in the Dubai company. And according to statistics compiled by the German central bank, the Bundesbank, financial institutions in Germany have invested a total of €3.7 billion ($5.5 billion) in the United Arab Emirates.

Back with a Vengeance

The global financial crisis, which many thought had been overcome, has returned with a vengeance. Worried investors are asking themselves whether Dubai will remain an isolated case or if other countries are also at risk of being overwhelmed by the growing debt burden. The unpalatable term "national bankruptcy" is suddenly being bandied about again. Is the worst truly over, or is it yet to come?

Another illusion has burst along with the Dubai bubble, namely the idea that an Arab leader can conjure up an economic boom more or less out of thin air. Suddenly Dubai, the land of the future, is starting to look somewhat dated, after having gone through a decade of high-speed development, from its beginnings as a sedate port town on Dubai Creek to a center of global finance and trade.

Sheikh Mohammed built a glittering fairytale world, complete with flashy seven-star hotels, marble-tiled shopping centers and miles of skyscrapers jutting into Dubai's perpetually blue skies, skyscrapers that got ever bigger and ever more luxurious and expensive. It was also an increasingly decadent place; despite daytime temperatures of 44 degrees Celsius (111 degrees Fahrenheit), developers built an indoor ski slope with a 400-meter (1312-foot) run on artificial snow in an enormous building.

The Dubai Dream Runs Aground

The traditional laws of business no longer seemed to apply in this Gulf megalopolis. Real estate developments were sold before completion, sometimes several times and sometimes to investors putting less than 10 percent down, generating double-digit returns for speculators engaged in the insane practice of "flipping." About a quarter of Dubai's gross domestic product was generated in the construction and real estate sector, and for a time one in four of the world's construction cranes was being operated in Dubai.

The bubble was fed with money from around the world. To turn its fantastic visions into reality, the emirate borrowed a massive amount of money -- about $80 billion -- on international capital markets in recent years. About $50 billion of that debt will mature by 2013.

It will now be difficult, if not impossible, to repay such vast sums of money. All of the calculations that were once made no longer add up.

Real estate prices have collapsed and are now only half of what they were a year ago. And yet new villas and luxury condominiums are still being completed every day -- and are standing empty. Entire floors are deserted in the skyscrapers along Sheikh Zayed Road, and giant banners with the words "To Let" are displayed across the fronts of buildings. Real estate experts estimate that only 41 percent of office space is occupied, and the vacancy rate is only expected to increase. In 2011, Dubai, a city of about 1.5 million, will have more office space available than Shanghai, which is 10 times as large as Dubai.

Domestic banks financed part of this megalomaniacal building boom, partly because they had no choice. No one dared to question the creditworthiness of state-owned companies when they applied for loans. The banks, says one insider, deteriorated into an "extended arm" of the government, "and now the whole thing is running aground."

Little of this had become public knowledge, and until Wednesday the mood within the emirate was still confident. Dubai seemed to have weathered the financial crisis well. Only recently, the airport was still reporting a rise in passenger volume, while more goods were imported through the Jebel Ali container port in the last three months than ever before.

Most of all, however, oil prices have been rising again for months, which until now has indirectly benefited the emirate, whose own wells are drying up. Higher oil prices meant a secure influx of income for the neighboring emirate of Abu Dhabi, which has about 7 percent of global oil reserves. People in Dubai expected wealthy Abu Dhabi to help them out again, if necessary.

At the beginning of the year, Abu Dhabi had already saved Dubai from bankruptcy with a $20 billion bailout package. But even sums of that magnitude were apparently not enough to service the emirate's loans, and the money disappeared like oil from a leaky barrel.

"One could almost assume that Abu Dhabi had cancelled, or at least reduced, Dubai's line of credit," says Bernhard Solleder, who has been working as an investment banker in Dubai for the past three years. He suspects this is the reason why the emir suddenly had to pull the emergency brake on Dubai. According to Solleder, the wealthy sheikhs are simply tired of constantly having to take responsibility for Dubai.

Other bankers believe that last week's surprise annoucement was a bold attempt by Dubai to threaten its wealthy neighbor. In recent months, Abu Dhabi had apparently tied its commitments to ever more stringent conditions. According to sources in the emirate's banking community, Dubai -- completely overestimating its power -- may have been trying to put the sheikhs in Abu Dhabi under pressure with the announcement by insisting, in effect, "if you don't help us, we'll both go down together." However the attempt to influence Abu Dhabi -- if that is what it was -- failed miserably.

But the money for Dubai's ludicrous development projects didn't only come from its rich neighbor, but also from thousands of small investors from around the world, including Germany. Now they are all stuck in the same trap. Real estate investment funds can't get rid of their properties, and some have put a stop to planned payouts.

"Our phones have been ringing off the hook since Wednesday afternoon," says Josef Kleindienst, an Austrian real estate developer. The calls have been from extremely nervous investors, mainly from Germany, he says. "Many simply want to get out," says Kleindienst. "I can understand them very well. Capital is like a shy deer, and suddenly loud gunshots are going off here."

For years, investors believed in the vision of a booming metropolis in the desert. Financial institutions promised outrageous returns on investment, which were even tax-free until recently. But the first doubts were raised early on. Even the member firms of the German association of closed funds, not exactly known for their squeamishness, were unwilling to include Dubai products in their range. They were too concerned about the legal basis for real estate transactions, which could usually only be carried out via local agents.

Other providers, however, remained undaunted. Since 2004, Alternative Capital Invest (ACI), a company based in the northwestern German city of Gütersloh, has attracted roughly 8,000 investors, and about €250 million, to various Dubai funds. Only about a year ago, ACI was still boasting: "Investors in the V. Dubai Tower KG are receiving maximum dividends." ACI retained retired celebrity athletes like tennis star Boris Becker and former racing drivers Niki Lauda and Michael Schumacher to endorse their products. "All I did was allow them to use my name, and I got less than €1 million in return," Lauda admits today.

There were plans to develop a "Boris Becker Business Tower" and a "Michael Schumacher Business Avenue" in Dubai, but neither of the projects has been completed or is even on the drawing board. According to property records, the Nakheel Group is responsible for part of the projects.

ACI's investors have now begun to fight back. They have formed an association and they plan to take the case to court. ACI refuses to disclose when dividends will be paid, saying only: "It depends entirely on developments in the global economy in general and on Dubai's future economic situation in particular."

End of an Era

As of last Wednesday, that situation is more than uncertain. Sheikh Mohammed is playing for time. It was hardly a coincidence that he released his bombshell about Dubai's financial problems shortly before the holidays, because offices and many shops in the emirate are closed until the end of the week. This gives him a few days' worth of breathing room. But on this Wednesday, a national holiday in the United Arab Emirates, it will finally become clear to everyone in Dubai than the golden years are over.

The opening ceremony for the 818-meter Burj Dubai, the world's tallest building, was originally scheduled for Wednesday. But now it has been delayed. 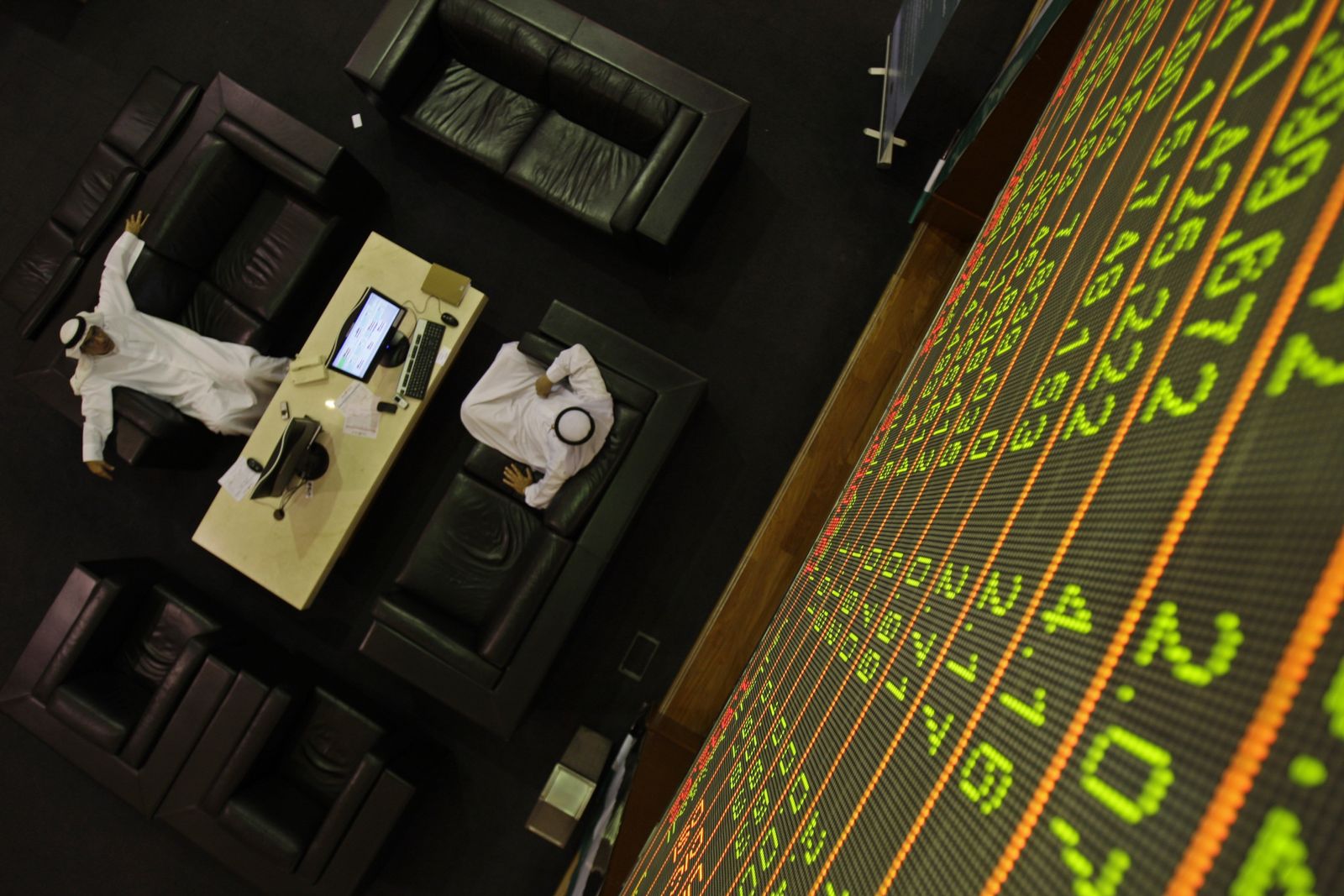 Suddenly Dubai, the land of the future, is starting to look somewhat dated, after having gone through a decade of high-speed development, from its beginnings as a sedate port town on Dubai Creek to a center of global finance and trade.