Ever since Sevgi Cebeci came down with cancer nine years ago, she has been engaged in two battles, one against the illness and another against the Turkish state. Fifty years old, Cebeci lives in the city of Dilovasi in the Kocaeli province of Turkey, around 45 kilometers (28 miles) east of Istanbul. And that, she says, is the precise reason why she is suffering from lymphoma.

Kocaeli was once an idyllic stretch of land between the Sea of Marmara and the Black Sea, full of vineyards and peach orchards. Today, though, not much remains of that arcadia. More than 2,000 industrial firms have settled in the region in the last several decades, and about one in eight come from abroad, including German companies like Bayer and Siemens.

The industrialization has made Kocaeli a prosperous region, with no other area of the country, aside from Istanbul, enjoying a higher per-capita GDP. But the transformation has also made the population sick, as reporting by DER SPIEGEL in conjunction with the journalism network European Investigative Collaboration (EIC) has revealed.

There is hardly any other Turkish region where the air is as polluted as in Kocaeli. The rivers and the soil are contaminated, in part because some factories indiscriminately dump their waste. Water samples that EIC extracted from the river in Dilovasi and had tested in a university laboratory in Istanbul revealed high concentrations of iron, nickel and phosphorous, among other metals and chemicals.

Onur Hamzaoglu, a former professor of medicine at the University of Kocaeli, relied on a longitudinal study to reveal back in 2005 that the risk of dying from cancer in his hometown was more than twice as high as in the rest of the country. An additional study conducted by Hamzaoglu and his team showed that the breast milk of women in Dilovasi contained traces of aluminum and mercury. In 2007, a Turkish parliamentary commission recommended declaring the region a "health disaster zone." Yet despite the reports, the Turkish government under Prime Minister Recep Tayyip Erdogan has continued to open up the region to industry.

Sevgi Cebeci is sitting on a plastic chair in front of her home in the hills of Dilovasi. She has difficulty speaking and her husband Ahmet is holding her hand. The Cebecis sued the Turkish state for the symbolic sum of one Turkish lira (0.16 euros, $0.17), claiming that the Health Ministry ignored warnings of environmental pollution in their city. A court rejected the lawsuit.

Cebeci looks down at the industrial area in the valley below, where a highway winds its way through high-rise apartment blocks. Thick smoke drifts skyward from chimneys. The residents of Kocaeli have to breathe in the bad air every day.

Ismail Sami, founder of the non-governmental organization Ekos-Der, receives visitors in his offices in the center of Dilovasi. Like many city residents, Sami has respiratory problems. The aim of his NGO is to inform people of the environmental transgressions of the companies in the region and to organize demonstrations. "We are like a third world country," he says. "Anyone can come here and produce at our expense."

The first companies settled in Kocaeli in the 1960s, valuing the proximity to Istanbul and easily accessible shipping routes to Europe. But with Erdogan's rise to power in 2003, industrialization of the region began to accelerate. Forests and fields became factories and warehouses, with Erdogan granting billions in tax breaks in the last decade to companies that settled in the region.

Today, there are 13 official "organized industrial zones" in Kocaeli, where companies enjoy not only lower taxes but also have much less to fear if they violate environmental codes. Indeed, they are hardly ever punished at all.

Bayer and Siemens aren't the only German companies in the region. BASF, Thyssenkrupp and the industrial gases corporation Linde all have factories in Kocaeli. Organizations like the World Bank and the European Bank for Reconstruction and Development have supported them to the tune of millions of euros. Hardly anyone seems terribly concerned about the health consequences for the people of Kocaeli, particularly not in Europe.

Left in the Lurch

When reached for comment, BASF and Siemens stated that their factories in Kocaeli were certified in accordance with global environmental standards and were inspected regularly. Thyssenkrupp described its own facility as "relatively new and clean," because it was only built in the past year.

The people of Kocaeli feel left in the lurch by their government and by the EU. "The air is so bad that everyone is getting sick, children and the elderly alike," says a doctor in Dilovasi, who doesn't want to be identified by name for fear of losing his job. "Just imagine us coming to your country, building factories and polluting the air. You would never allow such a thing," says Hayriye Ödemis, a young mother who suffers from asthma.

Environmental protests in Kocaeli are regularly put down by the Erdogan government. It has become difficult for Sami, the NGO activist, to even recruit people for demonstrations.

Environmental exploitation continues to expand in the region. Heidelberg Cement is currently in the process of building a factory in Kocaeli. Sami is trying to block the project with procedural tricks. But he is fully aware that, while he might be able to delay the destruction of his home region, he won't be able to prevent it. 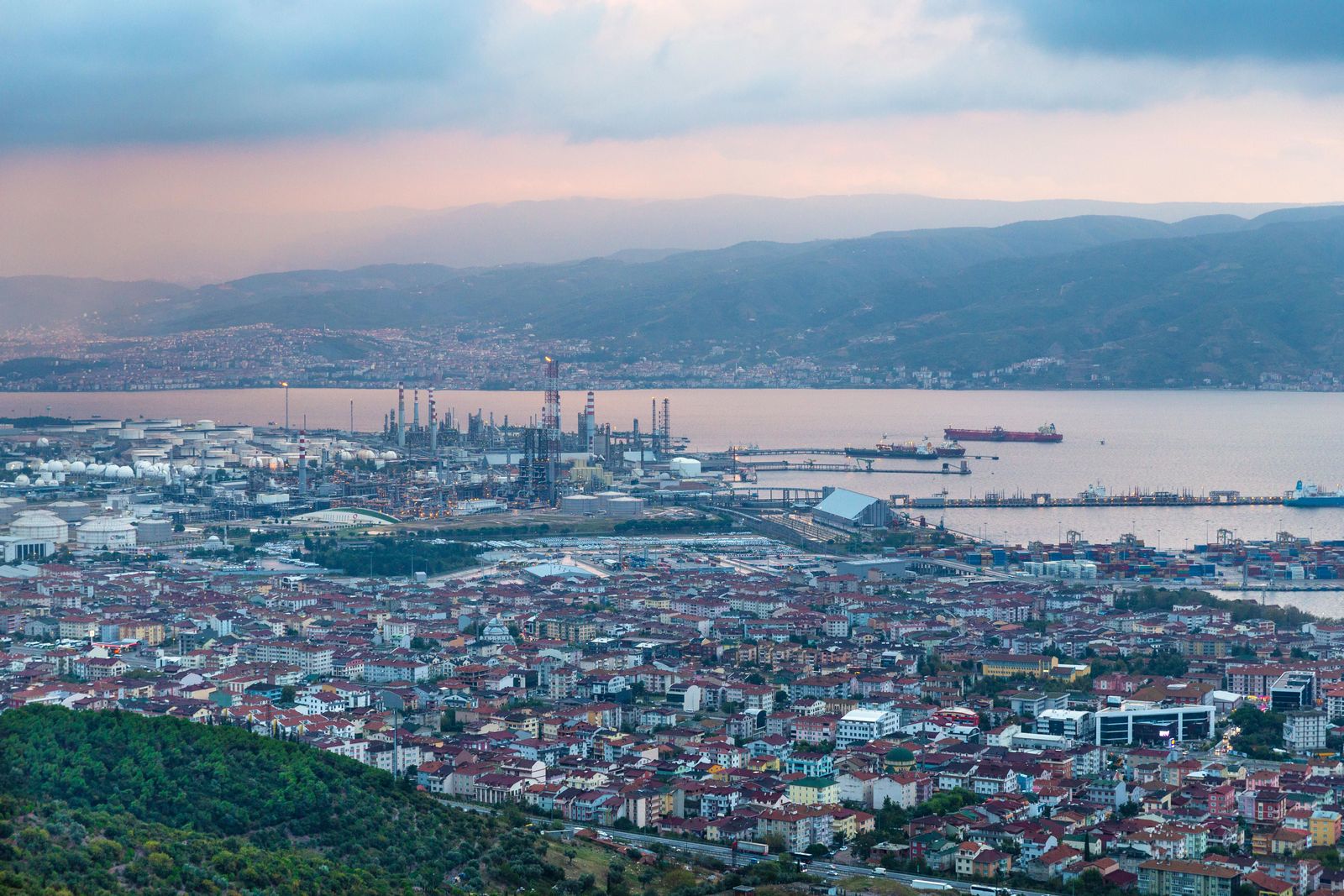 The city of Kocaeli, just east of Istanbul