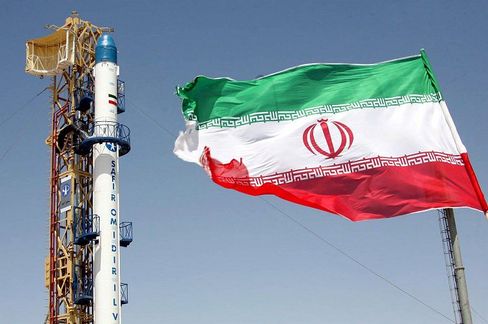 The German government has decided to increase pressure on Iran by discouraging trade.

It has been rough going in both the European Union and in the United Nations when it comes to agreeing on tougher sanctions against Iran. Now, though, the German government has decided to go it alone and has made moves to up the pressure on companies in Germany to decrease trade with Iran.

At an interministerial meeting convened last Monday by Reinhard Silberberg, a deputy in the Foreign Ministry, it was decided that the Ministry of Finance and the Ministry of Economics should hold talks with trade associations to put pressure on member companies -- particularly those in the banking, insurance, re-insurance and energy industries -- to decrease transactions with Iran.

The initiative is particularly aimed at hampering or blocking Iran's access to so-called bottleneck technologies -- a reference to indispensable products manufactured by only a handful of companies. Such a focus would make it more difficult for Iran to circumvent the sanctions by increasing trade with countries less enthusiastic about imposing or enforcing sanctions against Iran, such as Russia and China.

The initiative comes in response to calls from France, which currently holds the rotating EU presidency, for a group of "like-minded" states to "discourage" their companies from trading with Iran as long as the UN and EU cannot agree on new sanctions. In September, Russia blocked the UN Security Council from passing a fourth set of sanctions against Tehran.

While the West believes that Iran is eager to obtain nuclear arms, Tehran insists that its intentions are peaceful and that the country's nuclear program is geared toward increasing the production of electrical energy.

Germany recently became the object of international criticism when it was reported that the country's trade with Iran rose by 16.2 percent during the first half of 2008, relative to the same period last year. Additional criticism came after Germany's military attaché to Iran attended a military parade at which anti-Semitic slogans were displayed. At the time, Foreign Minister Frank-Walter Steinmeier recalled Germany's ambassador, though he has now returned to Tehran.

No Place at the Table

Iran also accused the UN over the weekend of intolerance, "obvious injustice" and favoritism after losing a vote to hold one of the non-permanent seats on the UN Security Council. In a 158-32 vote held Saturday, Iran lost out to Japan, which has held an Asian seat on the council 10 times.

"Obviously the structure of the Security Council is such that  a few special countries make decisions there and impose ideas," Iran's UN ambassador Mohammad Khazaee told state television Saturday, according to Reuters. "And it is natural that these countries are disinterested in independent ideas or the entry of states that believe in the necessity of re-examining its structure."