They sift the powder through their fingers, smell it and admire its soft, brownish shimmer. The members of the delegation from Japan, dressed in black suits and yellow helmets, stand attentively in a factory building in Leoben, Austria, marveling at a seemingly miraculous transformation, as stinking sewage sludge is turned into valuable ash.

Nothing suggests that the brown dust comes from a cesspool. It doesn't smell, is hygienic and is as safe as sand in a children's sandbox. It's also valuable. The powder has a phosphate content of around 16 percent. Phosphate, the most important base material in mineral fertilizer, is currently trading at about €250 ($335) a ton.

Untreated sewage sludge was once dumped onto fields as liquid manure, until it became apparent how toxic it is. Human excretions are full of heavy metals, hormones, biphenyls -- and drugs. New processing plants are designed to remove these toxins far more effectively than before, thereby paving the way for the use of sewage sludge in safe, human fertilizer. Ash Dec, the company that operates the pilot plant in Leoben, has dubbed the program "Ash to Cash."

This unconventional approach could be important for all of mankind. While the term "peak oil" -- the point at which production capacity will peak before oil wells gradually begin to run dry -- is well known, fewer people know that phosphate reserves could also be running out. Experts refer to this scenario as "peak phosphorus."

"While the exact timing may be disputed, it is clear that already the quality of remaining phosphate rock reserves is decreasing and cheap fertilizers will be a thing of the past," warns Dana Cordell of the Institute for Sustainable Futures in Sydney. A phosphate crisis would be at least as serious as an oil crisis. While oil can be replaced as a source of energy -- by nuclear, wind or solar energy --, there is no alternative to phosphorus. It is a basic element of all life, and without it human beings, animals and plants could not survive.

The element phosphorus seeks to bond with oxygen, which gives it its dual role as both a life-giving and lethal element. Because it bonds so easily, phosphorus is highly flammable, which is why it is used in incendiary bombs. On the other hand, phosphorus is an essential part of biomolecules.

The chemical known as phosphate, which consists of one phosphorus atom surrounded by a safety cordon of oxygen atoms, is a building block of life. The human body, for example, contains about 700 grams (25 ounces) of phosphorus. Our teeth and bones owe their strength to a phosphate mineral, but nerve cells and muscles are also dependent on the chemical. Even DNA molecules are held together by phosphorus.

"Life can multiply until all the phosphorus is gone, and then there is an inexorable halt which nothing can prevent," the science fiction author and biochemist Isaac Asimov once wrote. People who do not consume at least 0.7 grams of phosphorus a day with their food are likely to suffer from deficiency symptoms.

The demand for fertilizer to grow animal feed has grown as a result of wealthy countries' hunger for meat. Growing prosperity in China and the cultivation of plants to produce biofuel are currently boosting demand even further, which fuels speculation in global markets. Two years ago, the price of phosphate rock skyrocketed by 700 percent before declining slightly again. The markets are nervous.

Just four countries -- Morocco, China, South Africa and Jordan -- control 80 percent of the world's reserves of usable phosphate. Morocco is a particularly important exporter, the Saudi Arabia of phosphorus, if you will. Its reserves were formed millions of years ago, when animal and plankton remains were deposited as sediments on the floor of a shallow, warm sea. Morocco's fossil treasure makes up about 37 percent of world reserves.

Europe, on the other hand, has almost no reserves of its own, and it depends on imports to satisfy 90 percent of its demand. Phosphorus is a "geostrategic ticking time bomb," warns David Vaccari, a professor of environmental engineering at the Stevens Institute of Technology in Hoboken, New Jersey. "We may eventually be driven to implement a high degree of recycling as resources become depleted," he says. "The sooner we implement recycling technologies, the longer the current resources will last to ease the transition to the period when intense recycling may become imperative."

Even the French writer Victor Hugo recognized the problem, interrupting his successful novel "Les Misérables" to devote several pages to a fiery plea in favor of using human fecal matter as fertilizer. "There is no guano comparable in fertility to the detritus of a capital," he raved.

And now the novelist's dream could finally come true. The industry is called "urban mining," and in addition to recycling metal, glass and plastic, it could soon turn urban sewers into fertilizer mines. Sewage treatment plants accumulate almost 1 kilogram (2.2 pounds) of phosphate a year per resident.

In today's sewage treatment plants, the phosphates end up in the sludge, which is then heated in mono-combustion plants and is often buried in landfills as ash or baked into concrete -- together with its valuable fertilizer component.

Consumed, Digested, Excreted and Flushed Away

But that could soon change, as the Japanese delegation found out during its tour of the Leoben pilot plant. The surrounding region was once the heart of Austria's proud mining industry, which has since gone into visible decline. Many houses in Leoben stand empty today.

Now urban mining could give the region a new lease on life. The ash is delivered to the plant by truck from sewage treatment plants in Vienna, about 150 kilometers (94 miles) away. The light brown, fine dust is stored in large plastic bags, and nothing about it suggests that its particles may recently have been part of a delicious meal, before it was consumed, digested, excreted and flushed away through the city's sewer system.

When it is delivered to the pilot plant, the sewage sludge ash is unfit for use as a fertilizer, because it contains excessively high levels of heavy metals like cadmium. As gears groan and conveyor belts squeak, the ash, combined with chemical additives, is moved into a rotary kiln, where a hissing natural gas flame heats it to 1,000 degrees Celsius (1,832 degrees Fahrenheit). After half an hour in the rotary kiln, the ash, which has now passed through two purification steps, has a phosphate content of about 16 percent. It is then enriched with other plant nutrients, like potassium and nitrogen, to yield the final product: urban fertilizer.

"After recycling, the heavy metal content is even significantly lower than in most conventional fertilizers," says Ludwig Hermann, co-founder of Ash Dec. "At the beginning, everything went wrong that could possibly go wrong," he says, referring to the €2 million ($2.7 million) pilot plant. "The furnaces gummed up and the dust was baked into hard pieces." The machine that Hermann now uses for urban mining was once used to process aluminum.

His experiences are typical of the nascent phosphate recycling industry, where there is much speculation and trial-and-error -- almost the way it was 340 years ago, when phosphorus was discovered. It was Hamburg alchemist Hennig Brand who, while searching for the "philosopher's stone" in 1669, discovered a promising substance that glowed mysteriously in the dark.

The alchemist's recipe was somewhat idiosyncratic: Take "golden yellow" urine, distill it and heat the residue. Using this crude method, he obtained a few grams of phosphorus from several hundred liters of urine. He then sold the glowing crumbs to other scientists for large sums of money. German mathematician Gottfried Wilhelm Leibniz was also keenly interested in the secret of the "phosphorus mirabilis" ("miraculous bearer of light").

The prosaic use of phosphate as a fertilizer was discovered by accident more than 200 years later. The material was a by-product of steel production in England and was known as Thomas meal. This industrial waste proved to be an outstanding fertilizer.

After that, phosphorus came to be used in many different applications: to promote growth in plants, in animal feed, on the strike surface of matchboxes and in weapons. Ironically, the Allies used phosphorus incendiary bombs in World War II to destroy Hamburg, the place where the "miraculous bearer of light" was first discovered.

Salvation from the Sewers

With the advent of urban mining, a new source of the coveted element is now being tapped. Many methods of deriving raw materials from sewage are being tested in the process. In the Netherlands, for example, the company Thermphos is producing high-quality white phosphorus for use in industry from vast amounts of sewage sludge ash. Germany, too, could soon assume a pioneering role with an innovative research center for phosphate recycling.

By 2012 at the latest, Hermann plans to build a circa €12 million reclamation plant in the context of a joint research project with the Berlin-based Federal Institute for Materials Research and Testing. A site in the eastern state of Brandenburg is under consideration.

"With our technology, recycling could satisfy a third of German fertilizer demand," says Hermann. His first industrial-scale plant is expected to be seven times as large as the pilot plant in Austria, and would produce 29,000 tons of fertilizer a year. He plans to obtain the raw material from sewage treatment plants within a radius of 300 kilometers. But the bulk of it will come from what is potentially Germany's most important phosphate mine: Berlin's sewers. 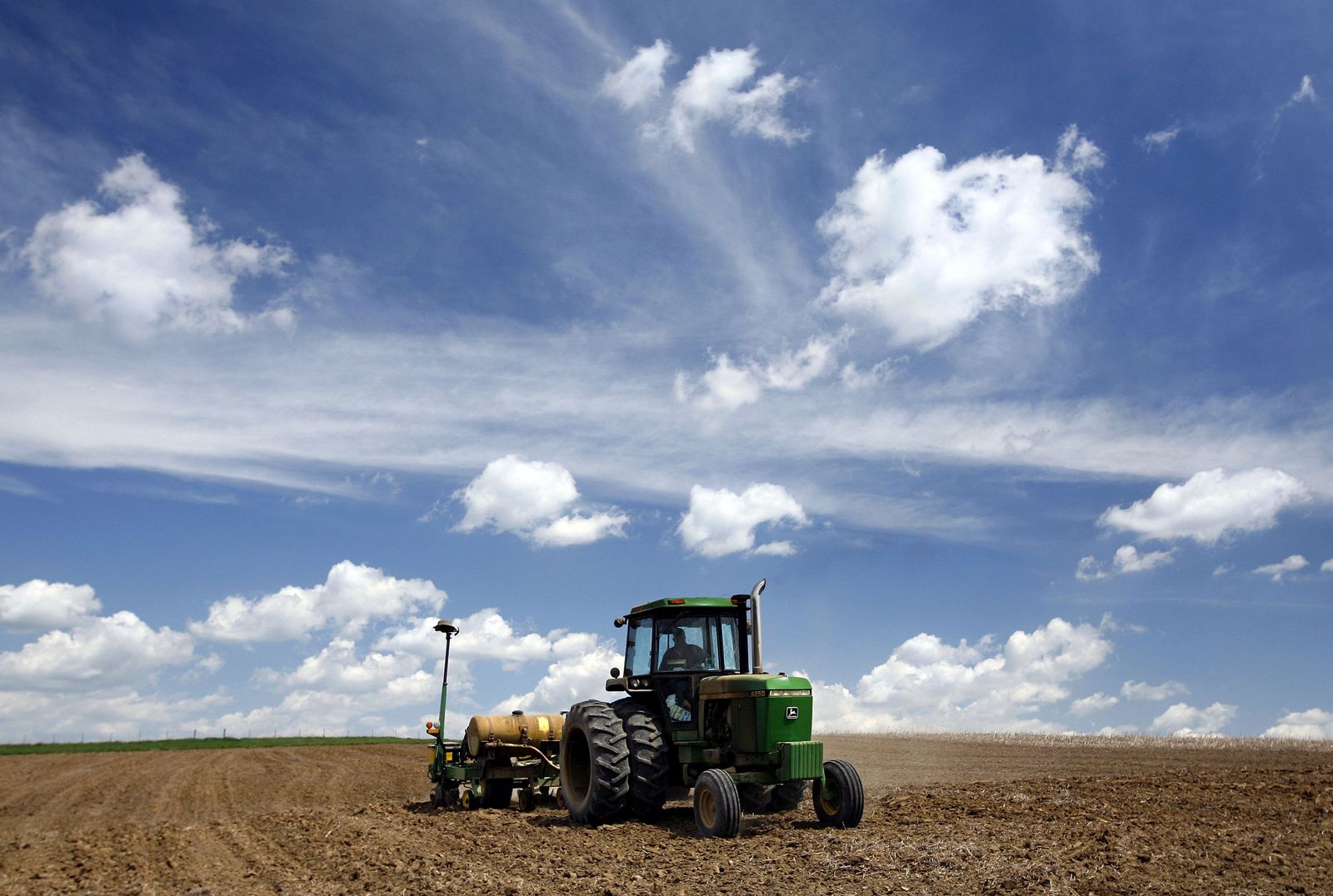 Phosphorus is essential to agriculture, but experts warn reserves are starting to run out.